The frame of the lens is made in the classic for the GDR 60-70s style of "bicyclic zebra". Many lenses were produced with a similar design, including those from the VEB Pentacon conglomerate:

Carl Zeiss Jena Sonnar 135mm is considered the father of the Russian Jupiter-37A. Lens for SLR cameras with M42 screw connection. This lens is installed on modern SLR and mirrorless cameras through the appropriate adapter. Read the article about adapters. 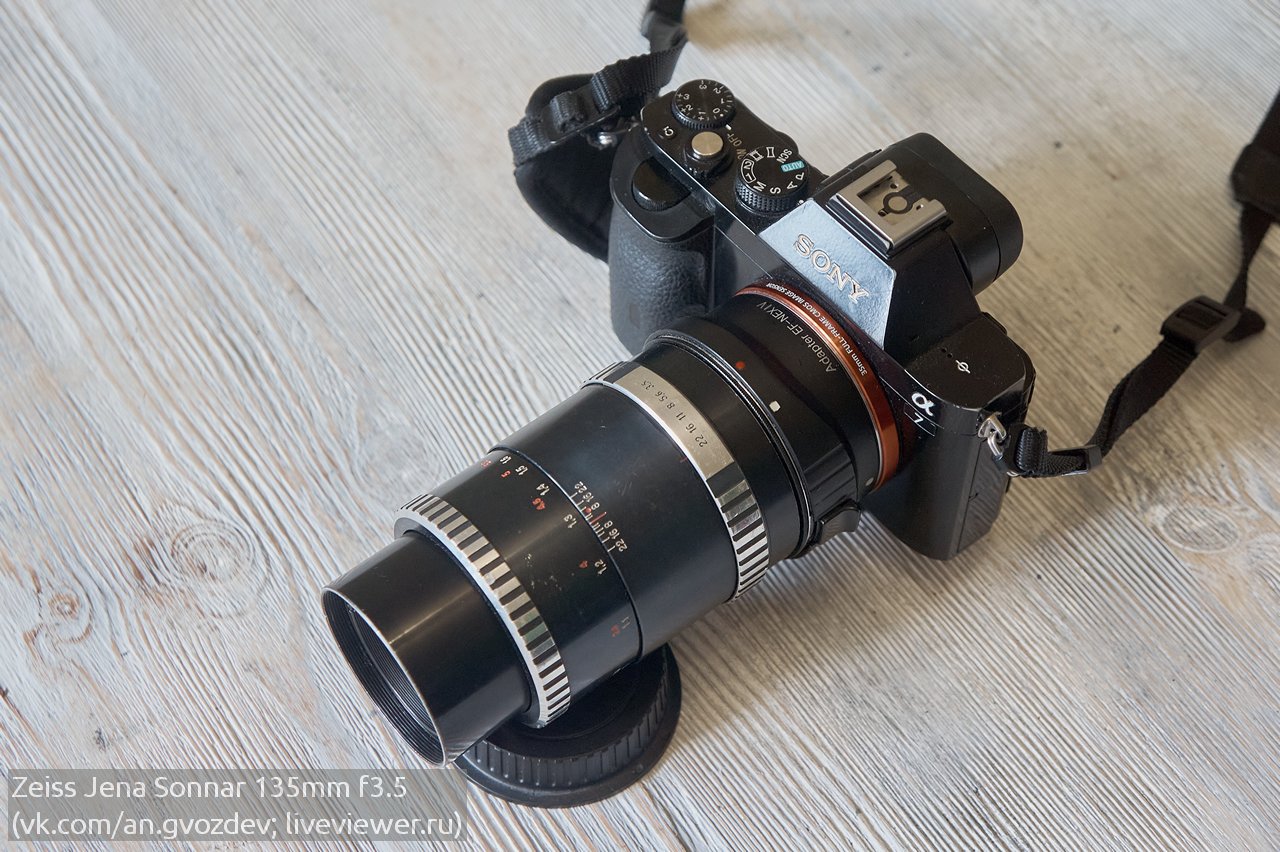 scheme lens was patented in the 31st year of the 20th century by Ludwig Berthele for Zeiss Ikon. In the Soviet Union, all zonnar lenses were called Jupiter. The "Zonnar" scheme, in contrast to the "Tessar" with bоHigher apertures can produce a more pleasant picture and less prone to distortions such as chromatic aberrations. The Soviet counterpart is more contrasting, gives a harsh pattern in the out-of-focus area, has a 12-blade diaphragm and is usually 2 times cheaper. 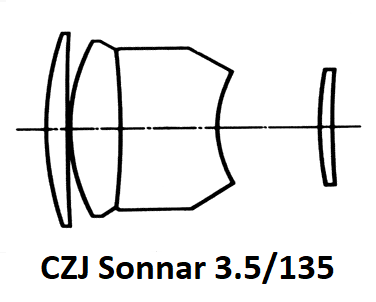 Sonnar 135mm is equipped with an automatic 6-blade diaphragm with depth of field preview button, excellent optics from the Jena branch of Carl Zeiss. The lens is sharp from an open aperture, no CA is observed. Loves a bright sunny day. Packaged in a "Bicyclic Zebra" type body, has an upper part extending when focusing forward.

Packaged in a "Bicyclic Zebra" type body, has an upper part extending when focusing forward. The diaphragm and sharpness ring rotate smoothly, without any effort.To use the Carl Zeiss Jena Sonnar 135mm on the CZK, you must have an adapter with a flange, since there is no manual aperture repeater switch on the body.

By weight, it is approximately equal to its Soviet clone. MDF - 1 meter (real a little less). DOF is very thin, when shooting you need to use an interchangeable focusing screen with a dual image / micro-raster, or Live View mode. It is found in various body options. This version of the early design, in a glossy black zebra case. On the back, the diaphragm repeater pin is visible. You can find the Zonnar 135mm f3.5 in a body with an additional pin coming from the aperture ring - an option for the Pentacon Super camera.

He showed himself perfectly in work - TTL-Camera metering with this lens is not buggy.

The lens is sharp from an open aperture, no CA is observed. Loves a bright sunny day. In fact, the lens seems to be lighter than 3.5 - the picture from open aperture is very close to the Meyer Orestor 2.8 / 135, i.e. somewhere around 3,0, because in comparison with other portrains, 135mm turns out to be lighter, with the same camera settings. 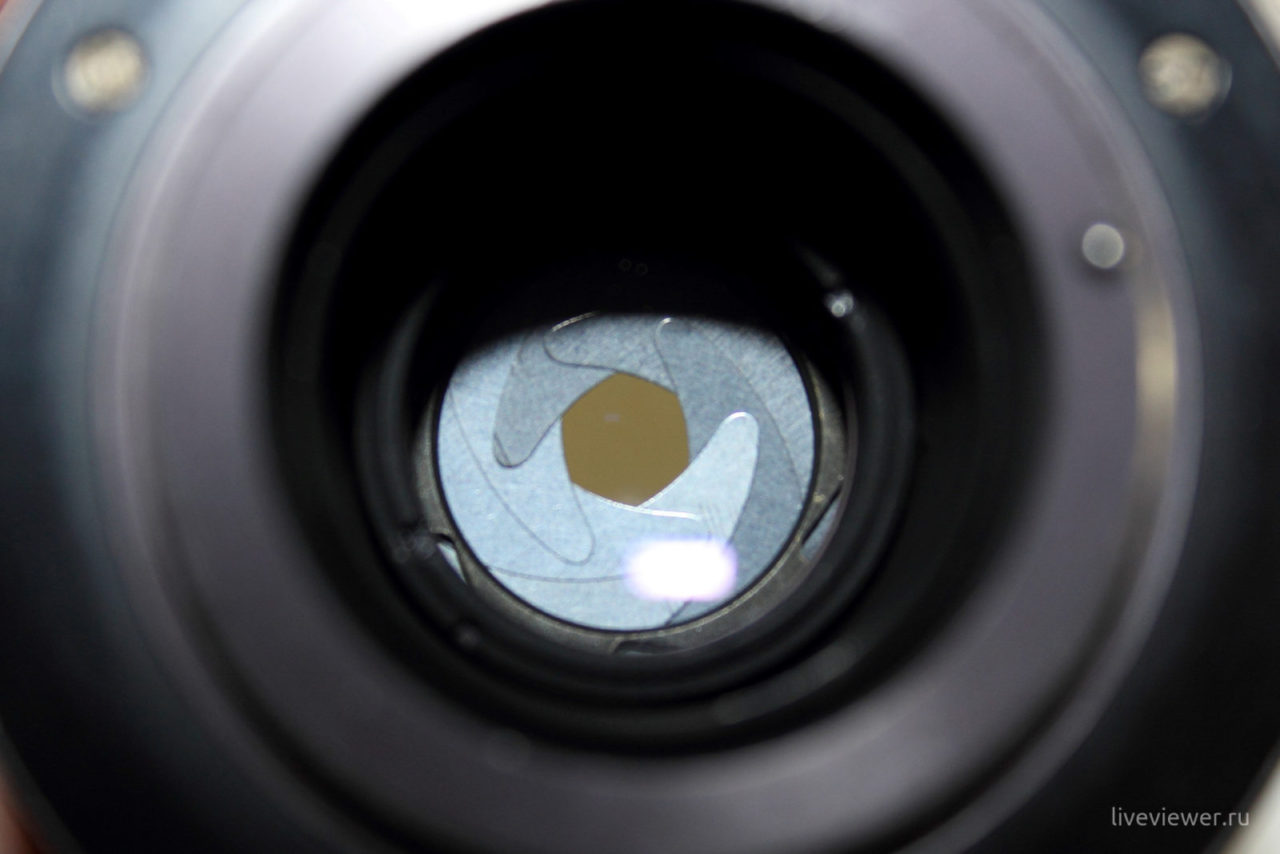 To work on digital cameras, you will need an adapter from the M42x1. It is most easily installed on cropped Canon EOS with EF-s mount, especially considering that adapters without chips for Canon are inexpensive.

On a camera with an APS-C sensor (kf = 1.6), the camera will have a field of view equal to the equivalent of 216mm focal length, and the aperture will correspond to f / 5.6. Why is that? Because, firstly, because of the narrow viewing angle, you will have to move further. Secondly, the camera's sensor receives less light by 1,6 times compared to a full-frame 35mm sensor. Thirdly, although this does not apply to the previous two statements, the lens on the crop has a drop in sharpness due to the denser arrangement of pixels on the matrix and their concentration in the center of the lens.

Not bad for its price range, lens. In the secondary market, you can find it in excellent condition for 3500-4500 rubles. I left a pleasant impression of myself, but if you choose between Jupiter-37A and Sonnar 3.5 / 135, then I would choose the first one. Just because there are more aperture blades, it looks prettier itself, and the picture quality is not inferior at all.