"Industar" is the name of the era of the industrialization of the USSR. Under this name, photographic lenses of the "Tessar" scheme were produced, which were distinguished by increased image sharpness.

About the Industar lens series

Optical lenses with the name "Industar" are made according to the "Tessar" scheme, developed in 1902 by an employee of the "K. Zeiss ”(Carl Zeiss) by Dr. P. Rudolph (Paul Rudolph).

This is most likely the most widespread scheme in the entire history of lens design - such lenses were produced by many companies in many countries around the world under different names: Ektar, Elmar, Xenar, etc. Several dozen different Industars were produced in the Soviet Union. Among them, perhaps the most popular is Industar-61. The calculation was carried out by the famous Soviet optician Academician G. Slyusarev and V. Sokolova. The lens was produced as a standard lens for FEDs and as a replaceable lens for Zenits.

When developing lens, among other things, it is necessary to quite accurately fulfill the Petzval condition - the condition for correcting the curvature of the image surface, as well as correcting chromatic aberrations. To reduce the latter, at least two types of optical glass or other material are always used - most often these are crowns in positive lenses and flint - in negative ones. (Positive - those that are thicker in the center than at the edges, negative - vice versa.) Crohn is glass with a low refractive index and high dispersion (the difference between refractive indices for rays of different colors).

Flint has a high refractive index and low dispersion. So, the simultaneous correction of chromatic aberrations and curvature can lead to too great: the optical power of the lens and the curvature of its surface. And in this case, higher-order aberrations increase. To avoid this, the so-called anomalous combinations of glasses are used - super-heavy crowns (for example, lanthanum) and light flints, when, against the usual, the refractive index of the crown is greater than that of the flint. One STK lens is roughly equivalent to two conventional glass.

Patent applications for the formulation of lanthanum glasses began to appear in the late 30s, and industrial melts were made in the USA by Eastman-Kodak, apparently in 1941. The use of glasses of the STK type with a high refractive index in lenses makes it possible to correct not only those aberrations, which were discussed above. The developer, in general, gets a lot of freedom and the ability to reduce astigmatism, spherical and spherochromatic aberrations, however, not for all schemes.

In multi-lens systems, the use of super-heavy crowns may be ineffective compared to conventional glass. Back in the 40s, the same Kodak company produced the Aero Ektar lens, which was installed on aerial photography cameras of “flying fortresses”. In one half lens the positive lenses were made of lanthanum glass, which turned out to be redundant.

Professor D.S. Volosov calculated the version of the "Aero-Ektar" with ordinary glasses. An experimental sample was made, which had a quality no worse than the "Aero-Ektar". However, here's the opposite example: the Geogon multi-lens lens developed by the American optician Baker. No attempts by Soviet opticians to replace lanthanum glasses in Geogon with ordinary ones made it possible to preserve the image quality. And in conclusion - one more thing. The four-lens "Industar-61" has almost the same resolving power as the six-lens "Helios-81". Was it worth putting six lenses where you can get by with four? But the fact is that "Helios-81" conveys the contrast of small details much better. Naturally, a better result can be achieved with six lenses.

Industar - from "Industry", "Industrialization" with the traditional for photographic optics ending "-ar" - an extensive family of mass four-lens anastigmata, similar in optical schemes to the German Tessars. These were the first lenses in the country to be produced in large series - industrially and in the era of the so-called. "Industrialization".

"Star theme", traditional for Russian optics, is also present in the name - star - a star in English. The first known lens with this name (Industar-4 4/210) was developed at GOI in 1931. It is interesting that the first years at KMZ in internal documents abbreviated names of the lenses "Industar" were written as: "OI" (OI-22, OI-50), where "O" presumably means "Objective".

Standard coated lens. Equipped with an iris diaphragm. Produced in a folding and rigid frame. Copy lens Leitz Elmar for Leica II camera. It was intended for rangefinder cameras "Zorkiy", and with the index "U" - for photographic enlargers. Later, in a shorter frame, it was used as a standard for the first Zeniths - Zenit and Zenit-S. 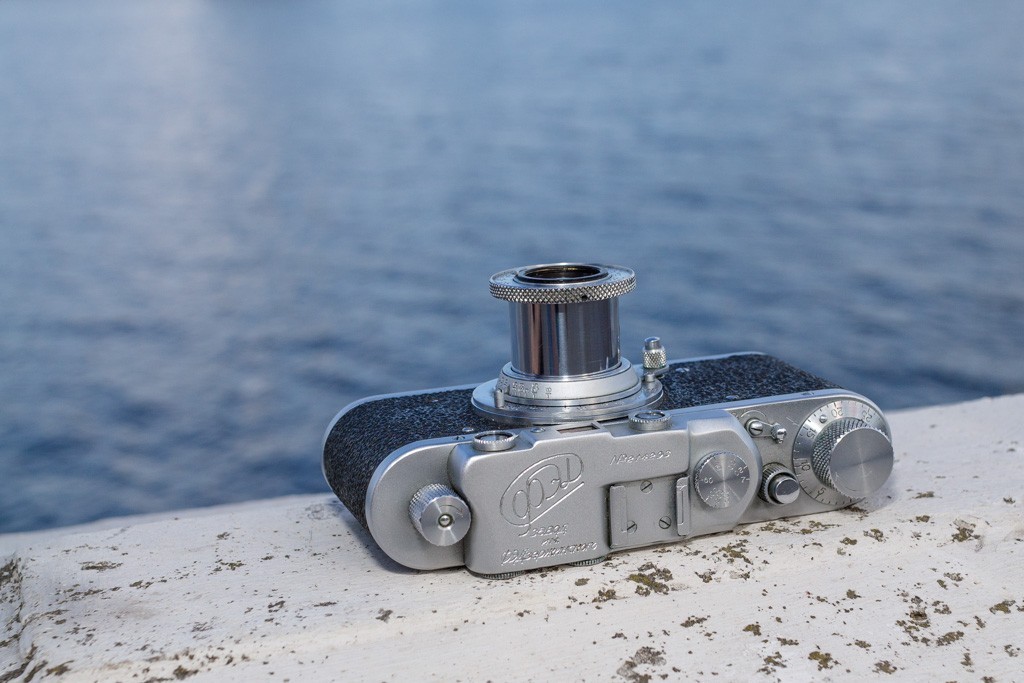 At the end of the 1950s, it was recalculated and replaced with a higher quality "Industar-50". 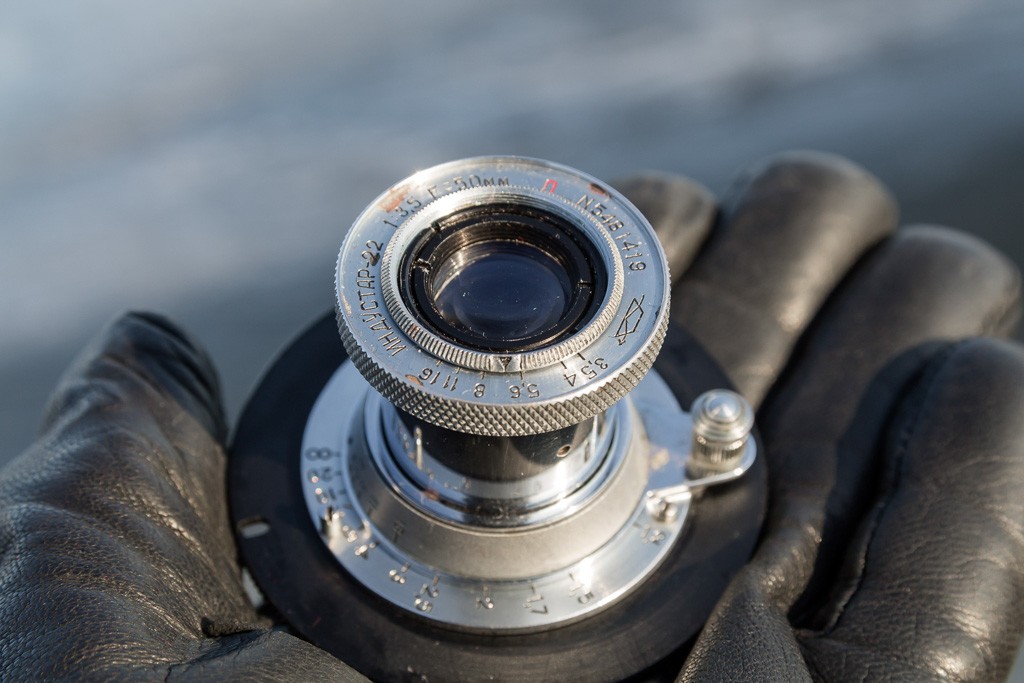 Design feature - despite the fact that the same mount was used on the FED and Zorki cameras lens with a focal distance of 28,8 mm - the Industar-22 folding lens is difficult to install on FED-2, -3, -4, -5 cameras. The tube "Industar-22" has a button that fixes the distance scale at "infinity". Distance between the landing plane lens and the body of the Zorkikhs is slightly larger than that of the FEDs, on FEDs this button sometimes touches the body and does not allow the lens to be screwed in completely.

More than 20 varieties of Industar-22 are known. All of them basically differ in the design of the case.

The main lens of Zorkiy, Zenit, Kristall cameras, produced as a replacement for the outdated Industar-22. The most famous and mass version marked "Industar-50-2" was completed with cameras "Zenith" with M42 thread and without a pressure diaphragm drive. In more expensive configurations, the alternative to Industar was the faster Helios-44-2. 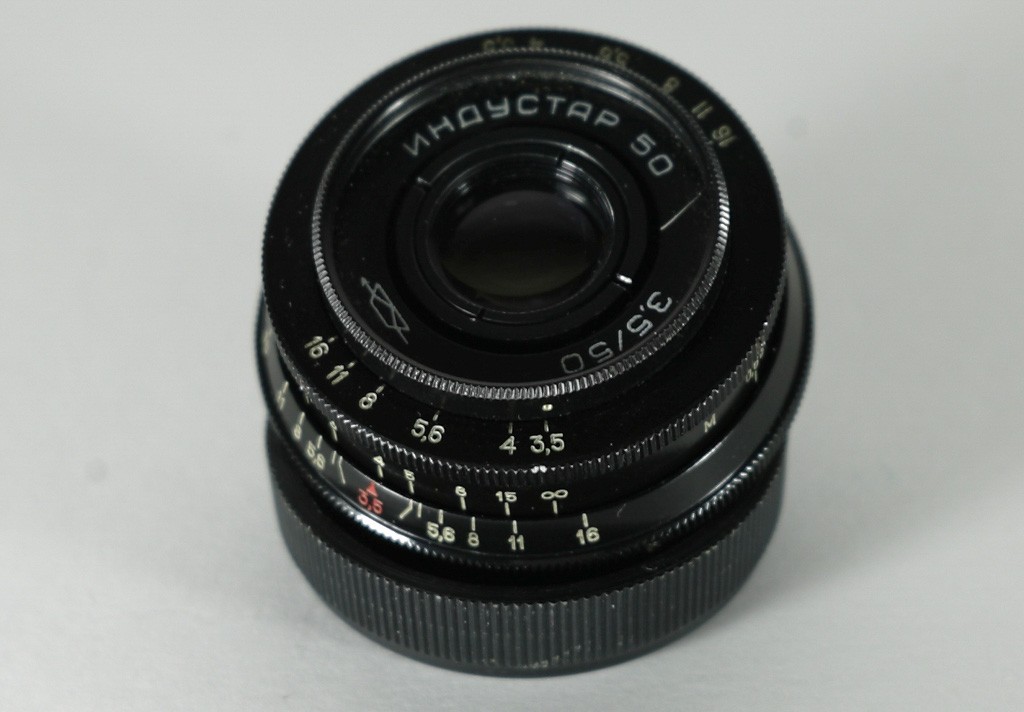 The Industar-50 lens was produced in different versions: for photographic enlargers; with retractable frame; in a rigid frame for rangefinder and SLR cameras with М39 × 1 thread; also produced a version of "Industar-50-2" with M42 × 1 thread.

For rangefinder cameras it was produced in two versions - in a folding frame, similar to the "Industar-22", and rigid, unified with lensmi for Zenith mirror devices. In the rangefinder "Industar-50", the extension ring and the pusher of the rangefinder were easily unscrewed, after which the lens could be mounted on cameras Zenith with M39 × 1 mount. The lens was designed in 1953 by Mikhail Maltsev. 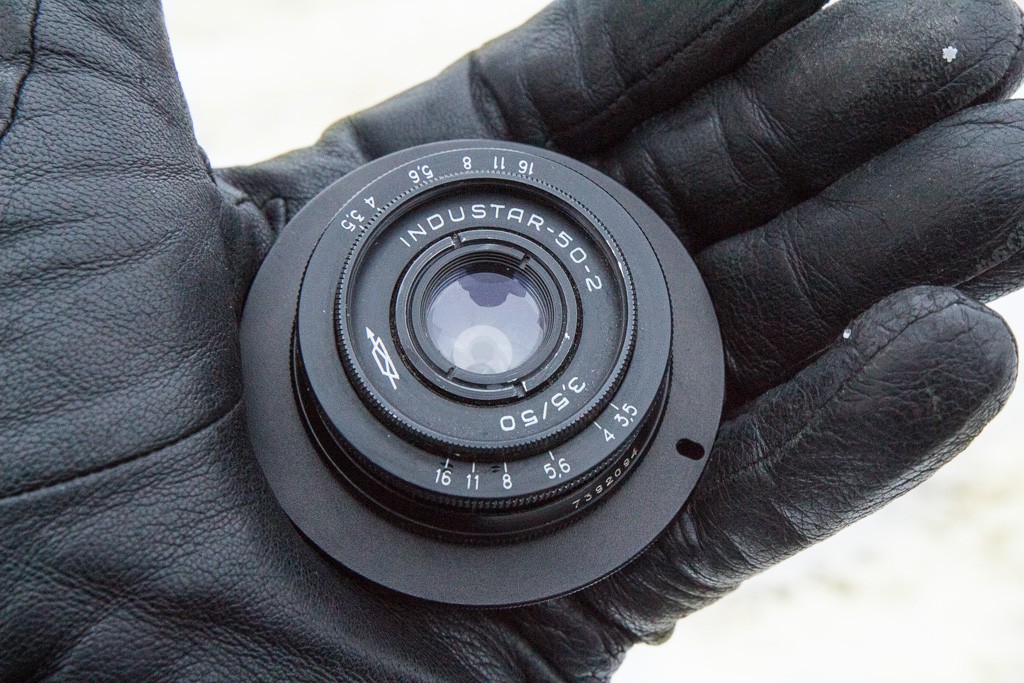 An enlightened medium aperture lens, probably the most popular of the Industar series. The calculation was carried out by the well-known Soviet opticians Academician G. Slyusarev and V. Sokolova in accordance with the trends in the use of the latest types of optical glass with rare earth elements. Lanthanum superheavy crown "STK-6" is used in both positive lenses.

Produced in different frames for different types of small format photographic equipment. On frames of various versions focal length could be designated as 50, 52, 53 and 55 mm, although its exact value is 52,42 mm.

The four-lens "Industar-61" has almost the same resolution as the six-lens "Helios-81". Used as standard for FEDs and replaceable for Zenits (lenses for DSLRs). In the mirror version, the frame could be strongly extended, allowing macro photography at a distance of up to 0,3 meters without extension rings. For excellent sharpness and high contrast, in many cases photographers preferred the Industar-61 L / Z to the regular Helios-44. 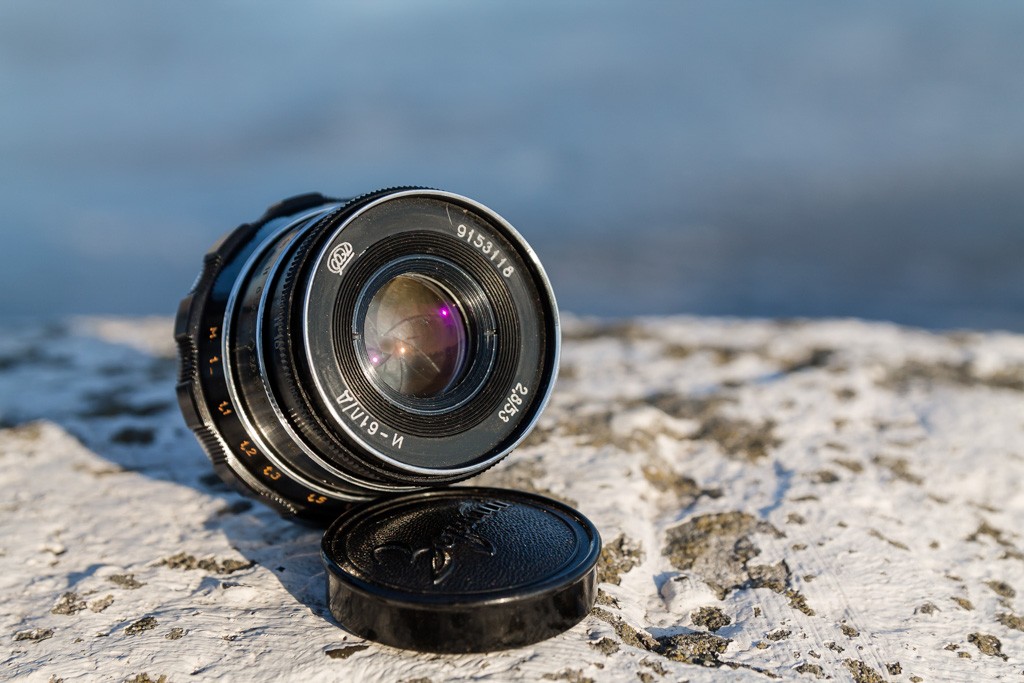 This glass has a high refractive index, allowing you to obtain the same optical power with less curvature of surfaces and, as a result, reduced aberrations. It cost 16 rubles. For serial and non-serial samples of this lens in the literature there are similar data on the resolution. This suggests that its design is insensitive to manufacturing inaccuracies.

In the USSR, it was produced at three factories. At the Kharkov FED plant, modifications were made:

At KMZ, modifications were made in small quantities:

Modifications were made at LZOS:

The use of "Industar" lenses on modern cameras

To work on digital SLRs, you need an adapter with lens into the connector on the camera. The easiest way is to install Industar with M42x1 thread on Canon EF (-s). Industry with M39 thread for rangefinder cameras will only fit on mirrorless cameras without alterations. By ordering things from the links below, you help the project cover the costs of site maintenance and development. List of adapters, systems and bayonets (direct links for ordering)

When ordering, it should be borne in mind that cheap adapters of poor quality with a lens on bayonetf Nikon F significantly spoil the picture. Adapters without a lens reduce the maximum focusing range (due to the difference in focal lengths). Adapters with chips come across poor quality, exposure metering and confirmation of focus on some models of cameras may suffer from this.

The lens series is not limited to interchangeable lenses. Many factories produced film cameras with a built-in Industar lens of one modification or another. You can find half-frame, as well as models for cameras with 16mm film. Very often it can be found as a lens from a photographic enlarger.