Orestor 2.8 / 135 - a masterpiece of the Meyer-Optik manufactory, nicknamed the "monster hips»For the fact that in any shooting conditions it gives an excellent picture and vivid drawing in the out-of-focus area.

Chassis Orestor 2.8 / 135 made in the classic for the GDR 60-70s zebra style. With a similar design, many German lenses of the VEB Pentacon conglomerate were produced, and not only. The Meyer-Optik Orestor 2.8/135 is the ancestor of the Pentacon 2.8/135 lens series. Hugo Meyer's optical company became part of Pentacon, and all lenses except Domiplan were now called Pentacon. This continued until 1991. 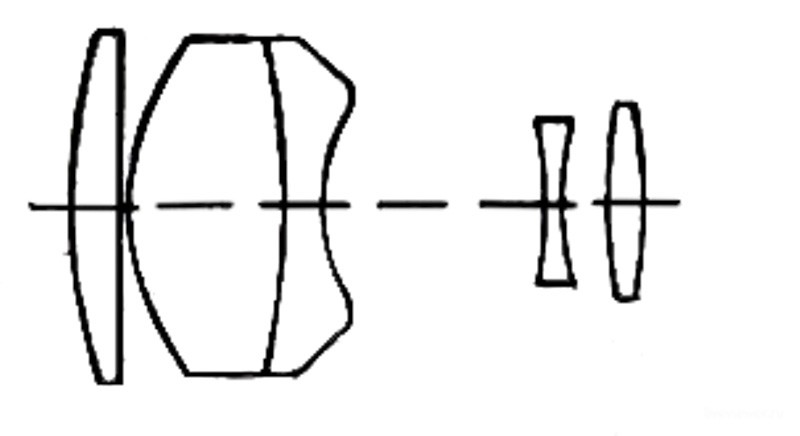 Before, not every lens could boast of a 15-blade iris diaphragm, which is probably why the lens has found its connoisseurs in modern times. 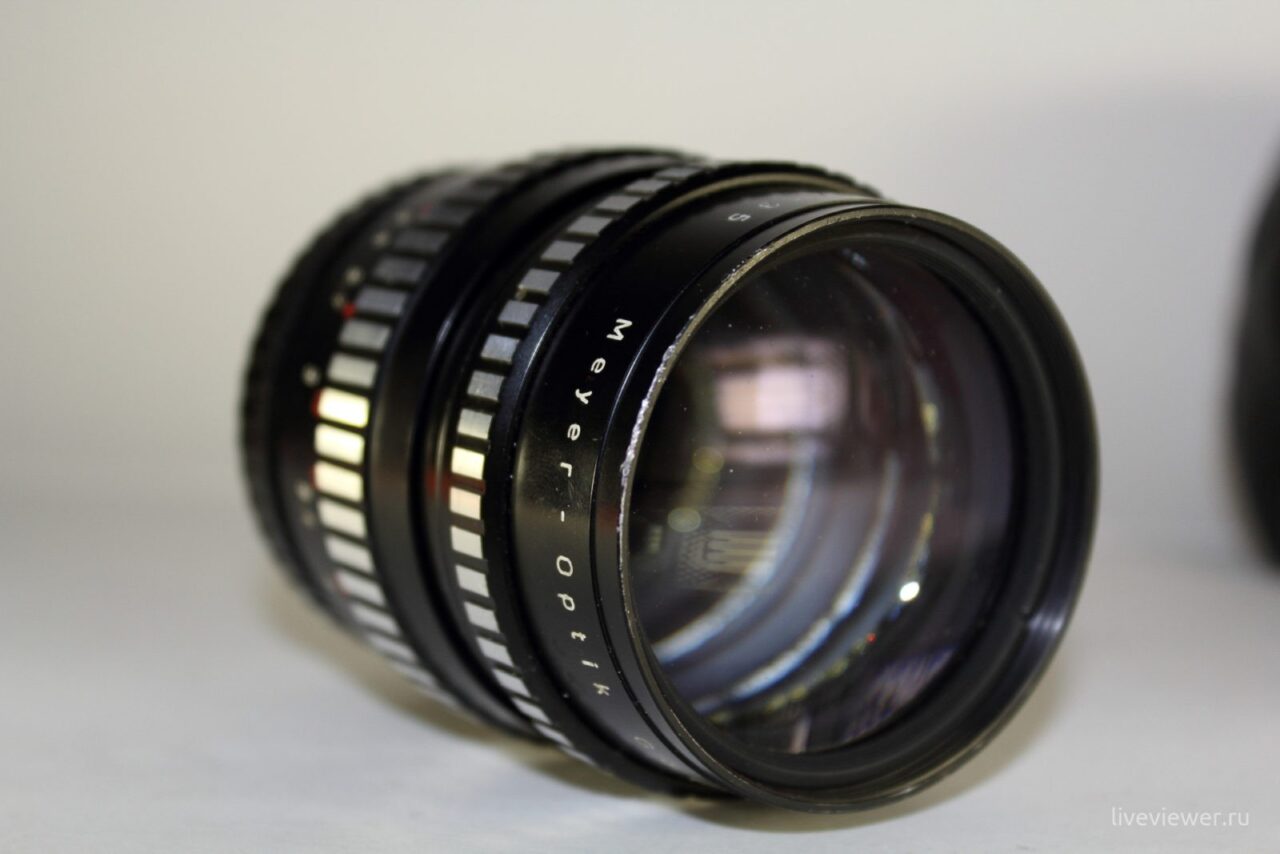 At auctions like Ebay, you can find used Meyer-Optik Orestor 135mm f2.8 in good condition for a reasonable price. average cost lens on the secondary market - 7500 rubles. Everything, of course, depends on the state. In addition to the diaphragm, the optical design and quality of the lenses themselves are also at their best. This is especially noticeable when you work with such optics directly.

Meyer Orestor 135 is made in a zebra-type case, these cases were used by German manufacturers in 60-70s. Further, the lens was produced under the name Practikar, and then, and Pentacon, without changing the optical scheme. The later versions of the Pentacon 135mm f2.8 had the number of blades reduced in the aperture.

Rings lens have a smooth ride, and due to the ribs on the surface, you can find the desired ring by touch.

The aperture ring has a presetting mechanism. The ring is lifted up and the required operating value is set. A similar design can be observed on lenses and Soviet production - Helios 44-2, Jupiter-37A, Jupiter-22, and others. This solution was actively used by manufacturers before the emergence and transition to a non-objective TTL-exposure metering (metering at open aperture) with electronic data transmission directly from lens into the light meter of the camera (as, for example, on the Tair-3C from the "Photosniper" kit or the Pentacon Electric 29mm f2.8).

Focusing Meyer-Optik Orestor 135mm internal. The minimum focusing distance is one meter. The maximum aperture value is f32. The focus ring rotates almost 360 degrees around the axis. The weight of the lens is about 300 grams. An excellent purchase for the amateur photographer. On an open aperture, the htprjcnb line is thin; when focusing through the viewfinder, it is very easy to miss.

The picture quality drops in backlight or side light. The Meyer-Optik Orestor 2.8/135 has purple halo chromatic aberration around brightly lit objects. 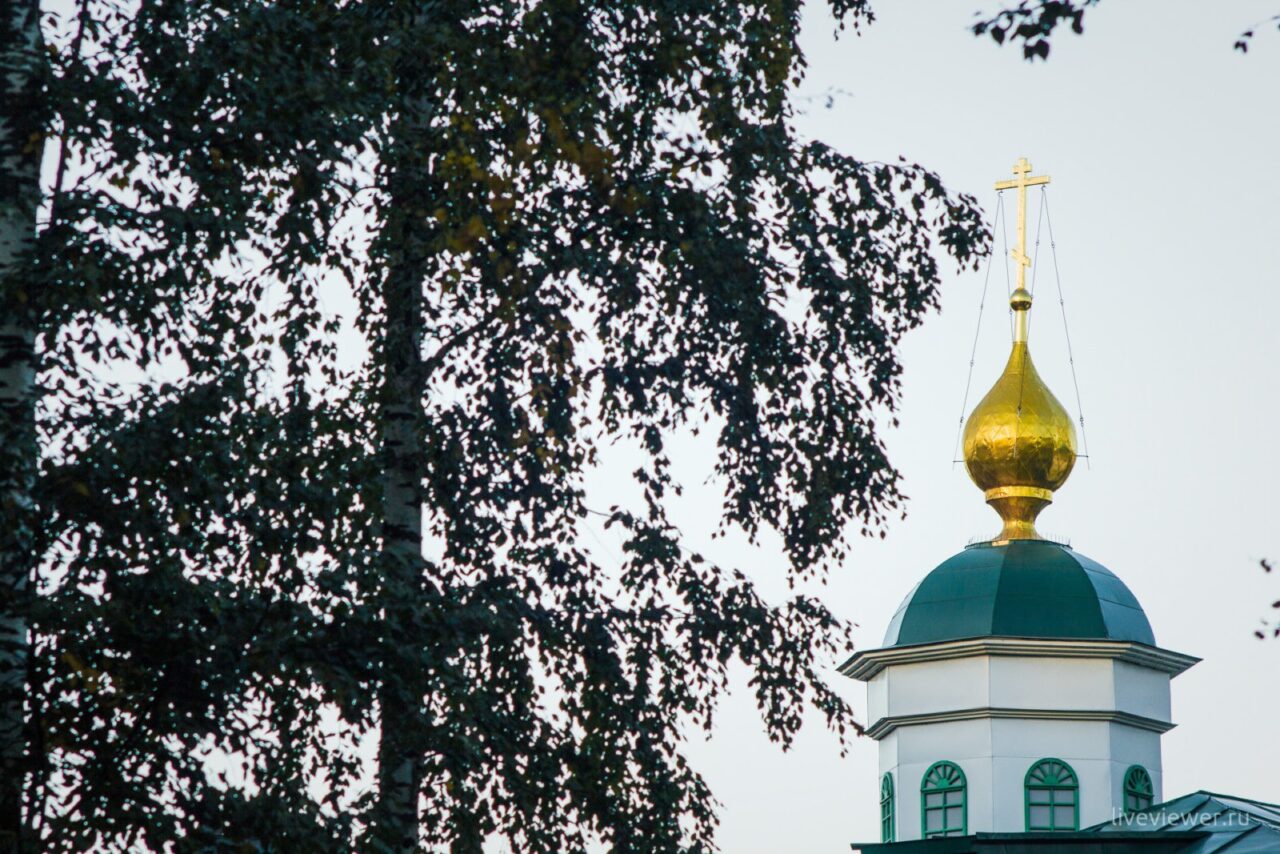 It's not always so bad that it's impossible to pull the file out of RAW, but it should only be noticeable on APS-C format cameras. Overall picture quality drops, in some conditions, due to the presence of unpainted lens ends lens and the re-reflection of light from these untreated ends (later Pentacons suffer from the same disease).

On a camera with APS-C sensor (kf = 1.6) the camera will have a field of view equal to the equivalent 216mm focal length, and the aperture will correspond to the value f / 4,5... Why is that? Because, firstly, because of the narrow viewing angle, you will have to move further. Secondly, the camera's sensor receives 1,6 times less light than a full-frame 35mm sensor. Thirdly, although this does not apply to the previous two statements, the lens on the crop has a drop in sharpness due to the denser arrangement of pixels on the matrix and their concentration in the center of the lens.

The easiest way to shoot is in the mode Aperture Priority (Av)when the camera adjusts the required shutter speed based on the current aperture value and the light in the frame. To work on digital cameras, you need an adapter from the M42x1 threaded connection to your camera. Orestor 2.8 / 135 it is easiest to put on Canon EOS with EF (-s) mount, due to the insignificant difference in focal lengths. Adapters without focus confirmation chips on Canon are cheap.

Updated version lens is the Pentacon auto 135mm f / 2.8. The use of the lens leaves a pleasant impression, especially when you know that modern analogs of similar quality have a value in stores 5-10 times higher.

Shooting on a crop, even if it's a Canon, does not fully reveal the capabilities of this lens. Still, conditionally, we primarily focus our attention on the central part, as well as on the aberrations of the optical scheme. Since, for example, the same glass on a full frame and on an APS-C crop gives a different picture in the first place, due to the larger sensor of full-frame cameras. Therefore, it is logical to expect a slightly worse picture on the crop.