Long-range artillery in a sturdy metal case. This version of the lens is from some early releases, since it has an unclear purpose for the bayonet. Most likely, this is a bayonet for attaching eyepiece attachments for observing distant objects. Lenses with M39 and M42 threads are more common in the series. There is also an adapter similar to a homemade one from this mount to M42x1. the adapter is similar to the Pentax K - M42, only smaller. However, in order to get at least some hint of infinity, I had to use several adapters — M42-Canon EF without flange, and Canon EF-NEX... I had to screw the MTO-500 onto the M42-Canon EF adapter very deep in order to bring the rear lens of the objective closer to the matrix. 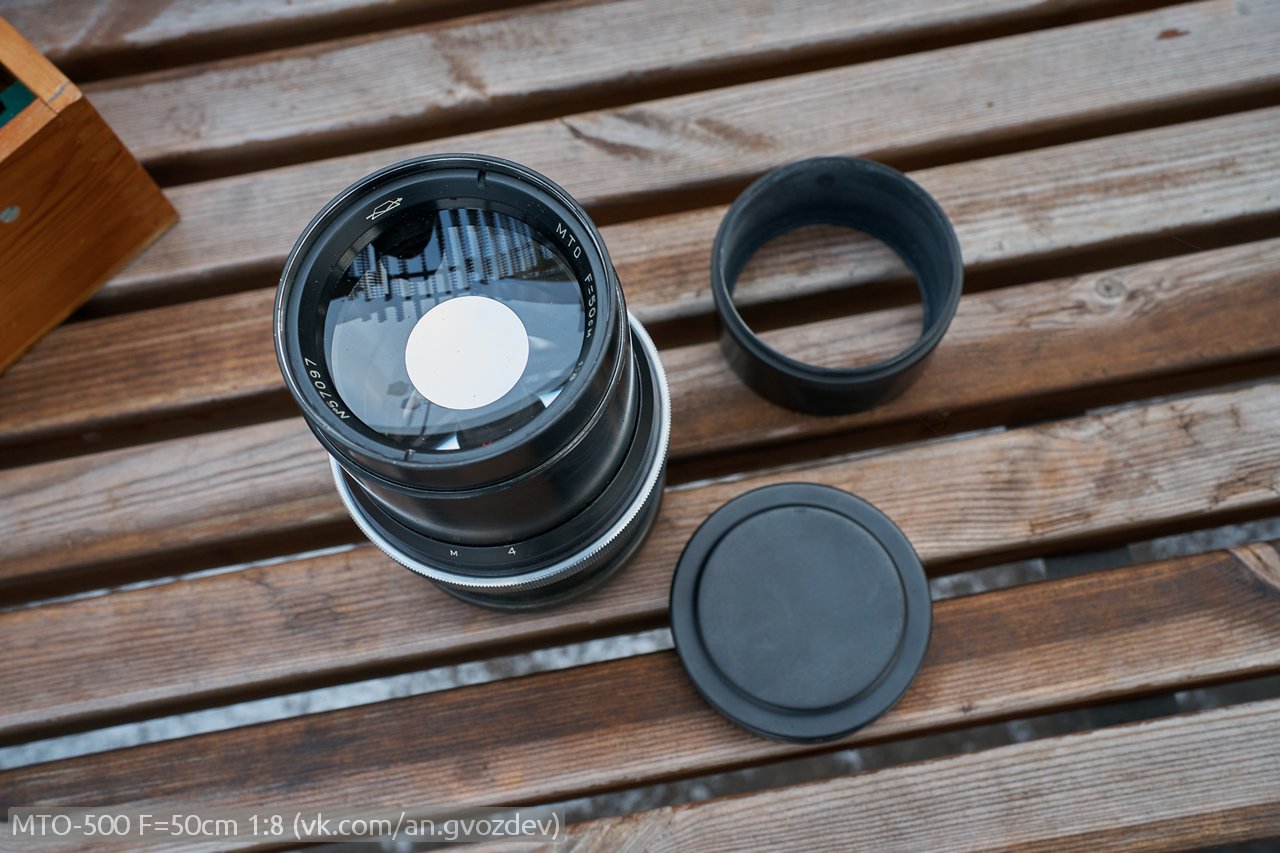 In addition, the lens has an over-adjusted focus ring, and the markings on it do not quite correspond to reality. There were only a few mentions of such a lens on the net - exactly the same lens (with the same damage to the lock on the box) at the Ukrainian auction, and on Meshka, but on Meschke version under M42. This version of the MTO-500 is without a tripod socket and the focus ring is unpainted. And at the end there is a bayonet. Some kind of rarity. At the exhibition in Brussels in 1958, serial cases were presented, that is, the release of this MTO-500 - from 1955 approximately, to 1958. 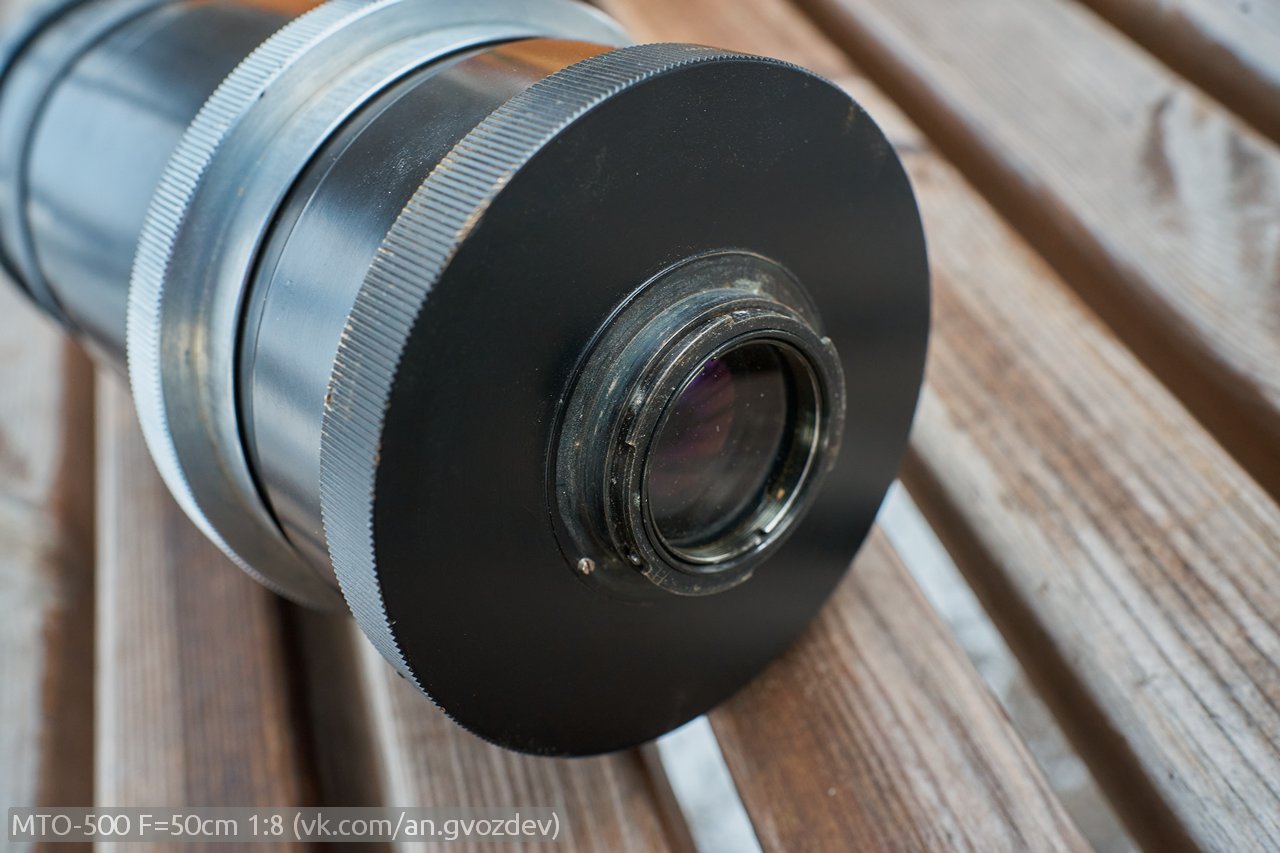 Also, the lens is marked in the German manner, with a focal length in centimeters. The aperture of the MTO-500 is fixed at 8, newer versions were marked MTO-500 8/500 with the manufacturer's logo. By the way, this lens, like many others, was produced at the Krasnogorsk Plant named after. Zverev. 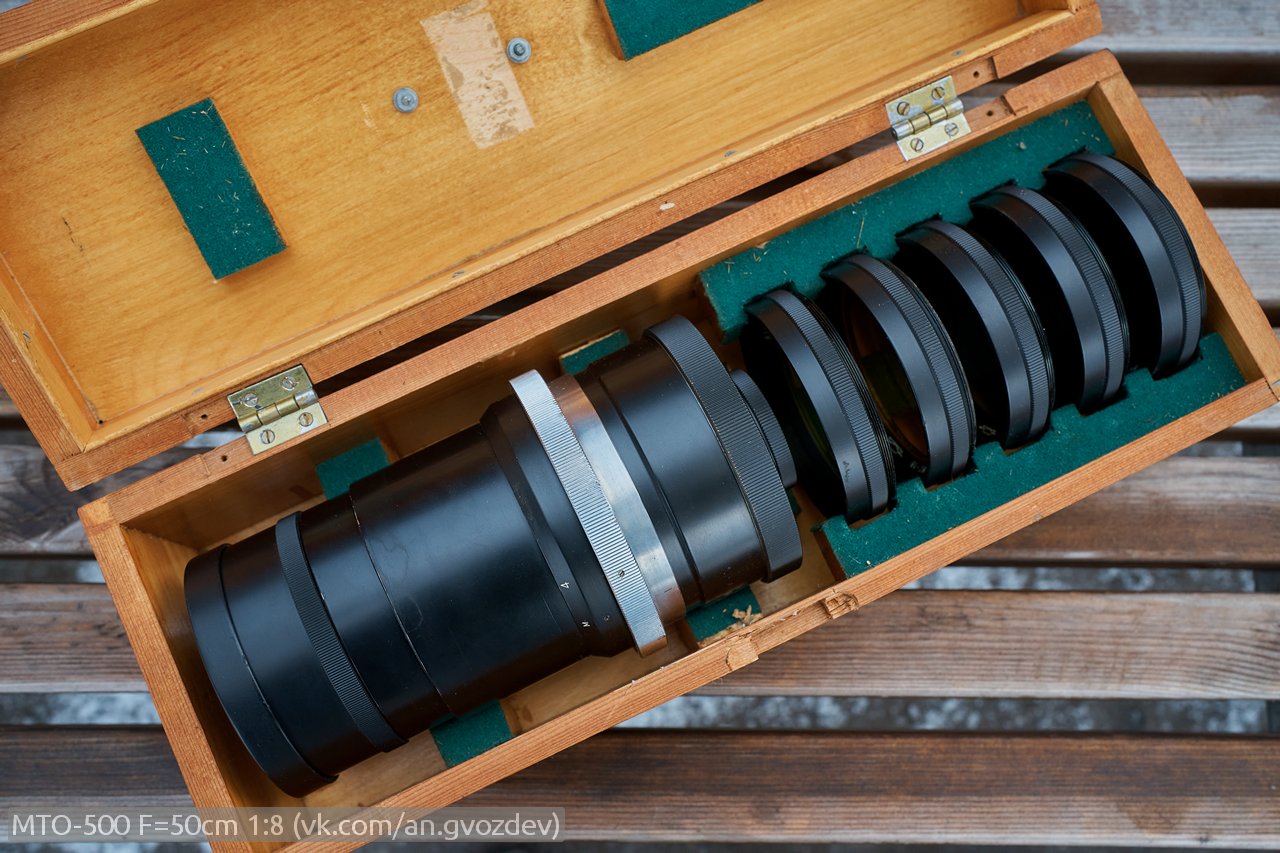 The focus ring rotates smoothly, the lens has a thin depth of field, when aiming, it was necessary to use an increase in the image on the camera screen. I was very surprised by the fact that the matrix stabilizer of the camera Sony A7II, on which this MTO-500 was installed, made it possible to shoot handheld even video at such a focal point. 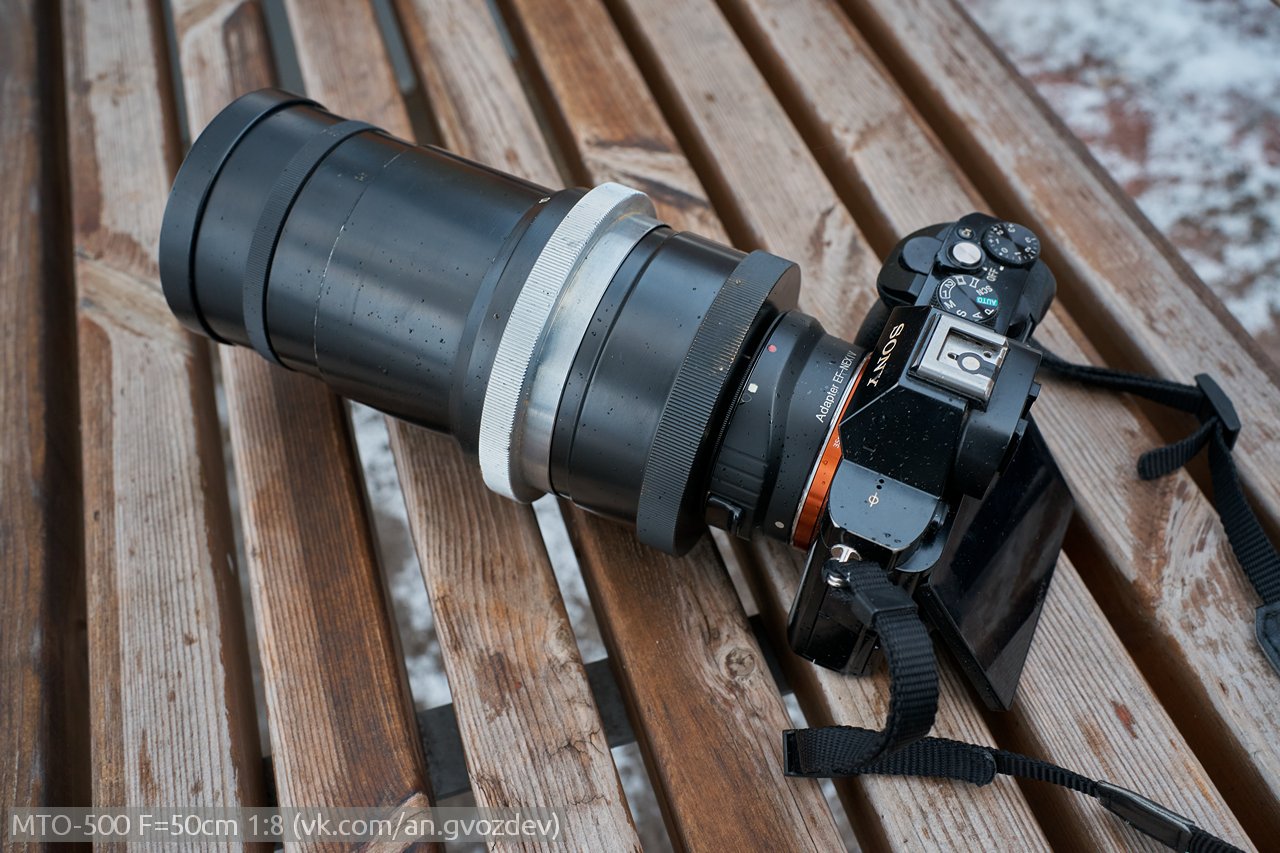 Thanks to this stabilizer, you can win a stop or two in exposure value, since the amount of light around when photographing with the MTO-500 is critically important. In cloudy weather, on the examples of the photo, you can see what ISO the camera set. In general, the lens is not very easy to use. You can't take it off your hands for a long time, you need a tripod. A tripod is also not suitable. Weak and cheap Chinese junk will fall apart under the weight of this Soviet monster. For examples of enlarging the picture, as in the case of the ZM-5A reviews, I made several frames from one point.