Praktica, Praktika - the name of small-format single-lens reflex cameras produced in the GDR by the company VEB Pentacon Dresden. This name was later used to produce compact cameras and binoculars. In the USSR, Praktica was the only brand of foreign-made SLR cameras officially sold through the retail network. Pentacon Six roll-film cameras were also available, but represented a different class of technology.

The predecessor of the very first "Practice" is considered to be produced by the company Kamera-Werkstätten Guthe & Thorsch GmbH ("KW") SLR Praktiflex, equipped with a non-standard M40 × 1 thread for attaching interchangeable lenses. This camera is considered the world's third small-format "SLR" after the Soviet "Sport" and the German "Kine-Exacts".

Further improvement touched upon obtaining a synchrocontact, a constant sighting mirror and a pentaprism, as well as a jumping diaphragm, which appeared for the first time in the world in the Praktica FX2 model in 1956. Since the transformationPraktiflex”in “Practice” each other was replaced by two generations of cameras based on a fabric focal shutter with a horizontal movement of shutters, such as Leica. One of the most famous among the second generation Nova was the Praktica Super TL model, which was also popular in the Soviet Union, where it turned out to be the first affordable camera with TTL-exponometer. The earlier Praktica Mat was the first to receive such an exposure meter in Europe.

The first three generations of SLR "Praktik" were designed for threaded mount of M42 × 1 lenses, which coincided with that used on the Soviet "Zenith". As a result, a huge fleet of interchangeable optics produced by the Soviet industry approached the cameras.

The third generation of the mirror "Praktika" received the latest lamellar gate with vertical movement of metal shutters. Such gate, developed in 1960 by a consortium of 4 Japanese companies, allowed sync speeds to be reduced to 1/125th of a second, providing "fill flash" in daylight. The first in this series was the Praktica L camera in 1969. In total, more than 20 models of the L series were produced, among which were the first with automatic exposure control and interchangeable viewfinders. It was this family that was the most popular among Soviet photographers. Despite the differences, all these models share the same type of shutters: focal with vertical movement of the slats along the short side of the frame. The last camera in the family was the MTL-50, released in 1985. 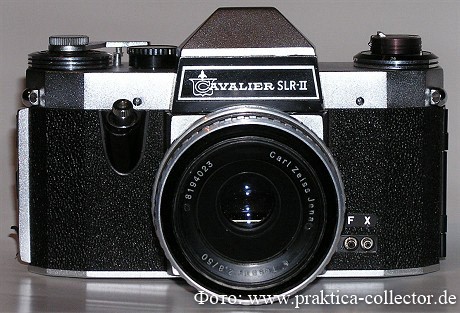 In 2001, the production of Praktica SLR cameras was discontinued.