Hi all. This lens came out a long time ago, but initially it was a slightly improved (yeah) version of the Canon 50 1.8 II, while it had a much lower price than the original lens. I am in my time reviewedin which there were showing differences between these two lenses. At the time of release, it was a good price / quality ratio, despite the fact that copying was carried out with a not entirely successful (frankly unsuccessful) implementation of the mechanics. But the Chinese went further - a completely tolerable lens was simplified as much as possible and redesigned to reduce the cost of production. The lens has undergone so much processing that it seems that it was designed from scratch. Disassembly has become easier, the electronics are completely different, the survivability of the mechanics has decreased significantly. 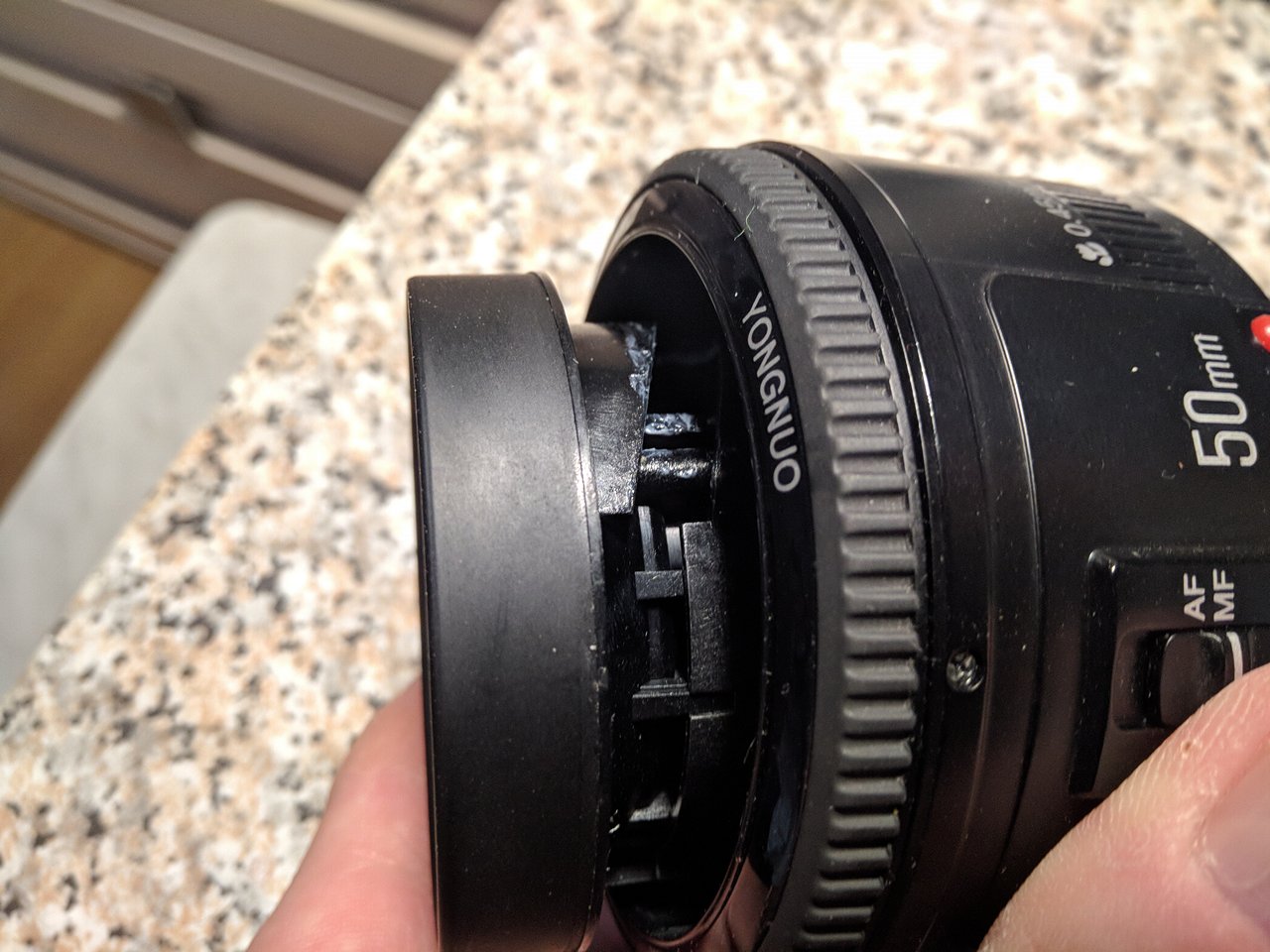 The biggest jamb of recent years of production is the drive of the focus ring, with the help of which the lens block rotates in its seat. The focus ring on the inside has protrusions that are inserted into the frame of the helicoid, and with these protrusions it is set in motion. In fact, the helicoid "hangs" on these ledges. In the case of not even a strong blow, they are torn off at the base. 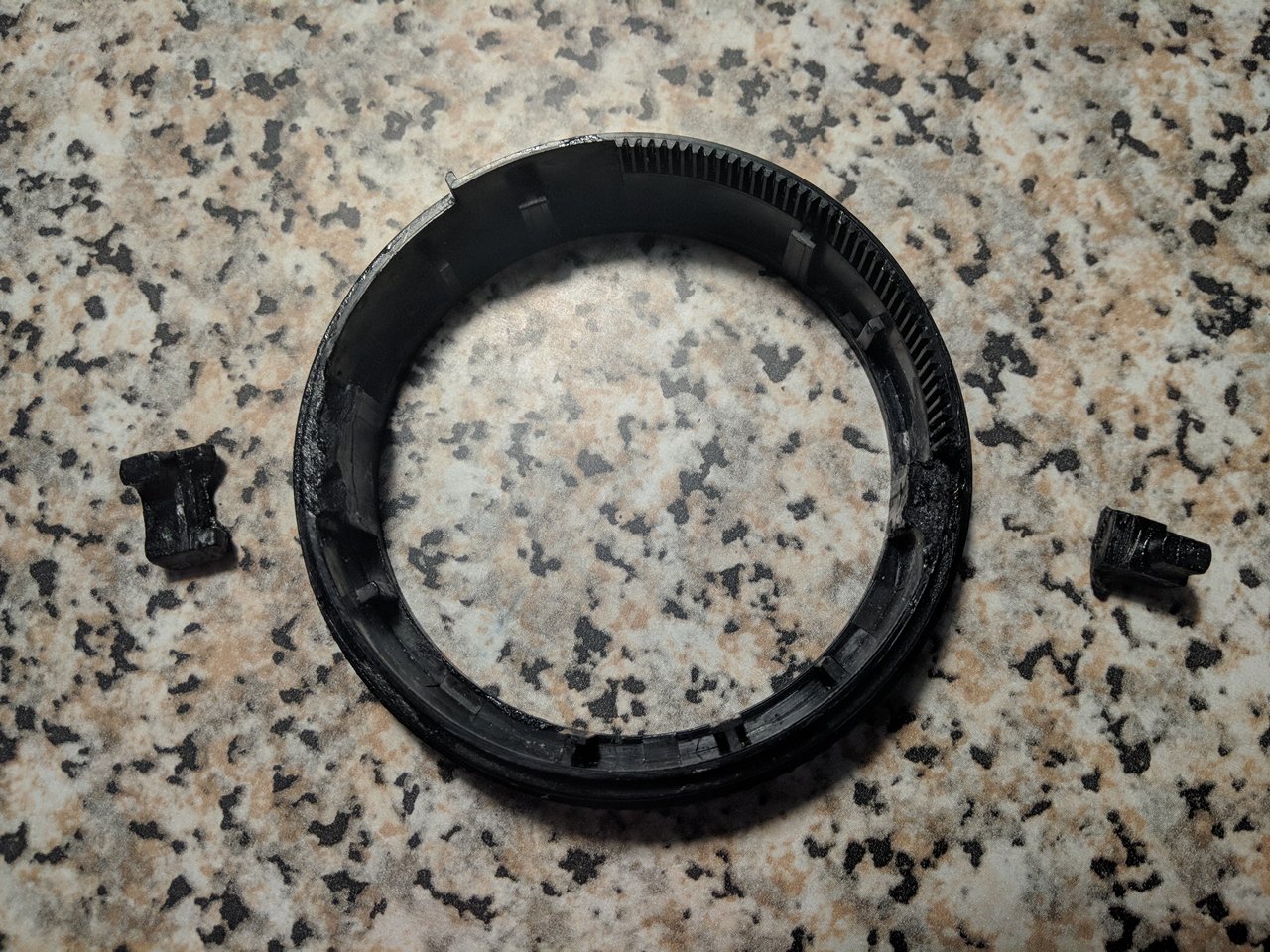 Structurally, the solution is the most primitive, since these horns on the ring experience loads, and if the force is unsuccessfully applied, they break. And fixing them is not entirely realistic) There are no rings for sale, seating the broken off protrusions on the epoxy saves for a while. Reinforcement, of course, is possible, but is the game worth the candle? One more blow and everything will break again. The Chinese know how to make money.

So, what should not be done with this lens so that it continues to work:

Broken protrusions make it impossible to focus at all, since the focusing motor is connected to the helicoid through the protrusions on this ring. Avito at one time was inundated with non-working lenses with this problem. Now, too, periodically come across. Big pig from big brother.