LOMO-135M is a Soviet scale camera manufactured by the Leningrad Optical and Mechanical Association, equipped with a spring-loaded winding mechanism, like the Leningrad.

Despite the fact that I already have a review on

Still, there is something to add.

I am holding this, without exaggeration, compact camera in my hands, and I feel the solidity of the design, and its implausible, even somewhat brick, composure, which inspires extreme confidence in the product, which, probably erroneously, at first glance, was called a camera. 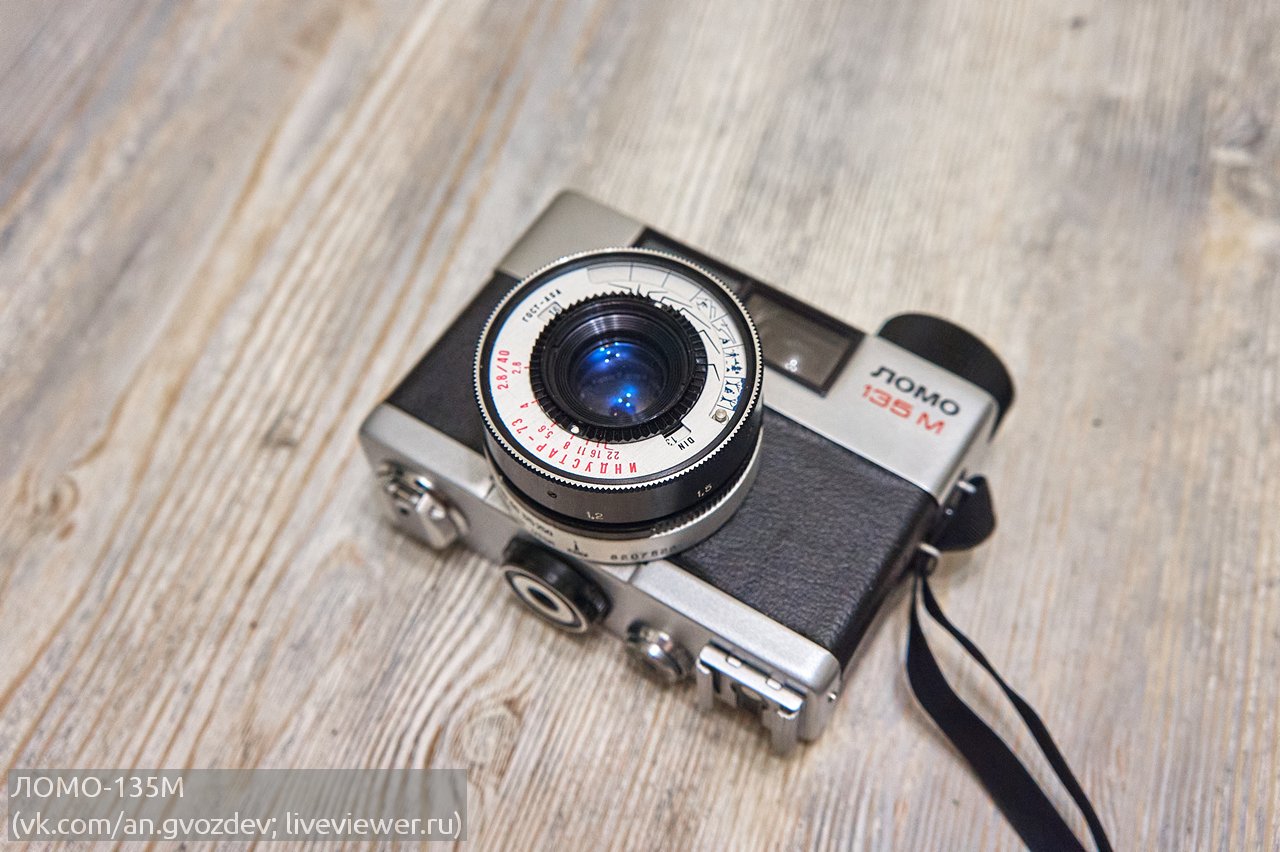 Ergonomically, this brick, of course, is inferior to the convenience of foreign technology of those years - on its body you will not find either a holder for the right hand or anatomically curved plastic panels. All that you can hold LOMO-135M in your hands for is leatherette on a metal and rectilinear panel, like a true Russian character. 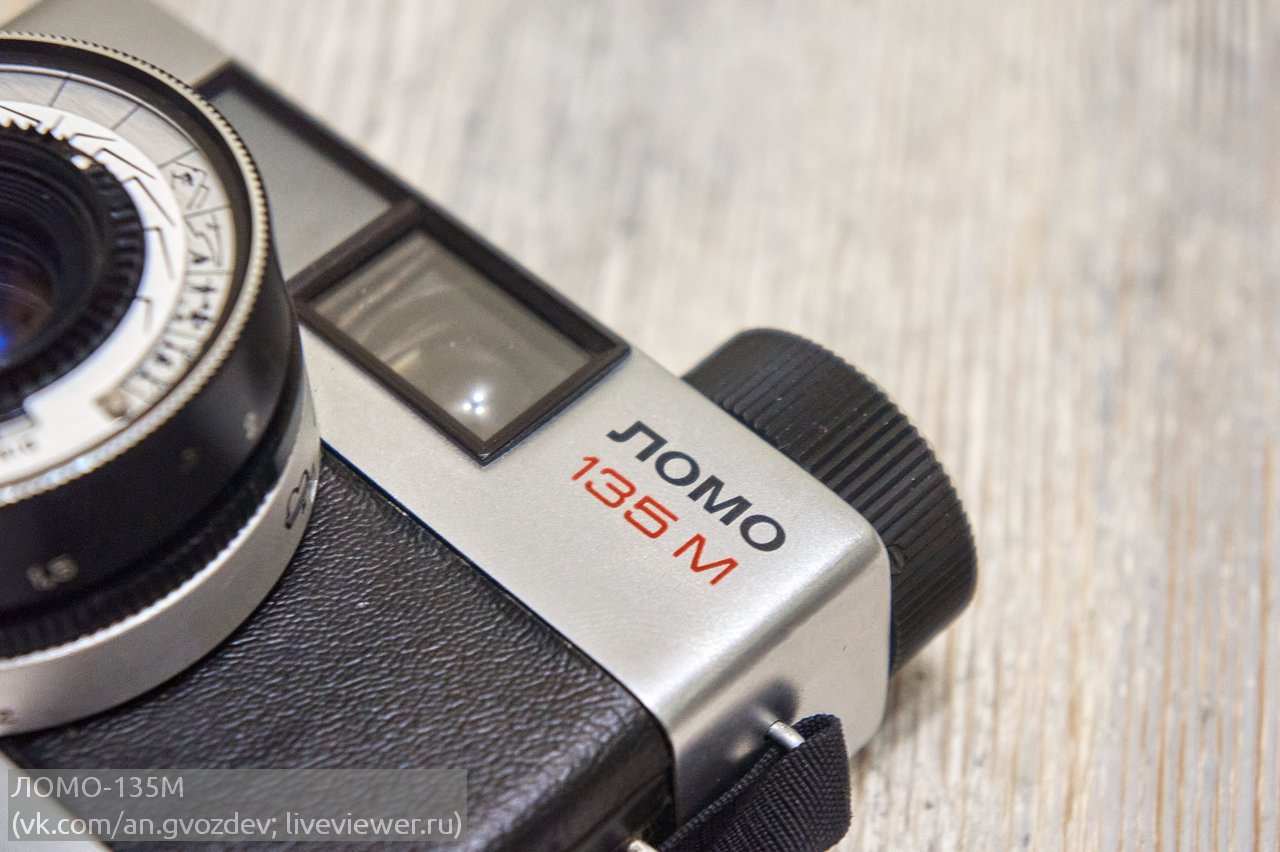 The lens barrel appears to be plastic, but it's actually not. She is metallic. You will not find plastic anywhere outside, except around the shutter button and around it on the top panel. 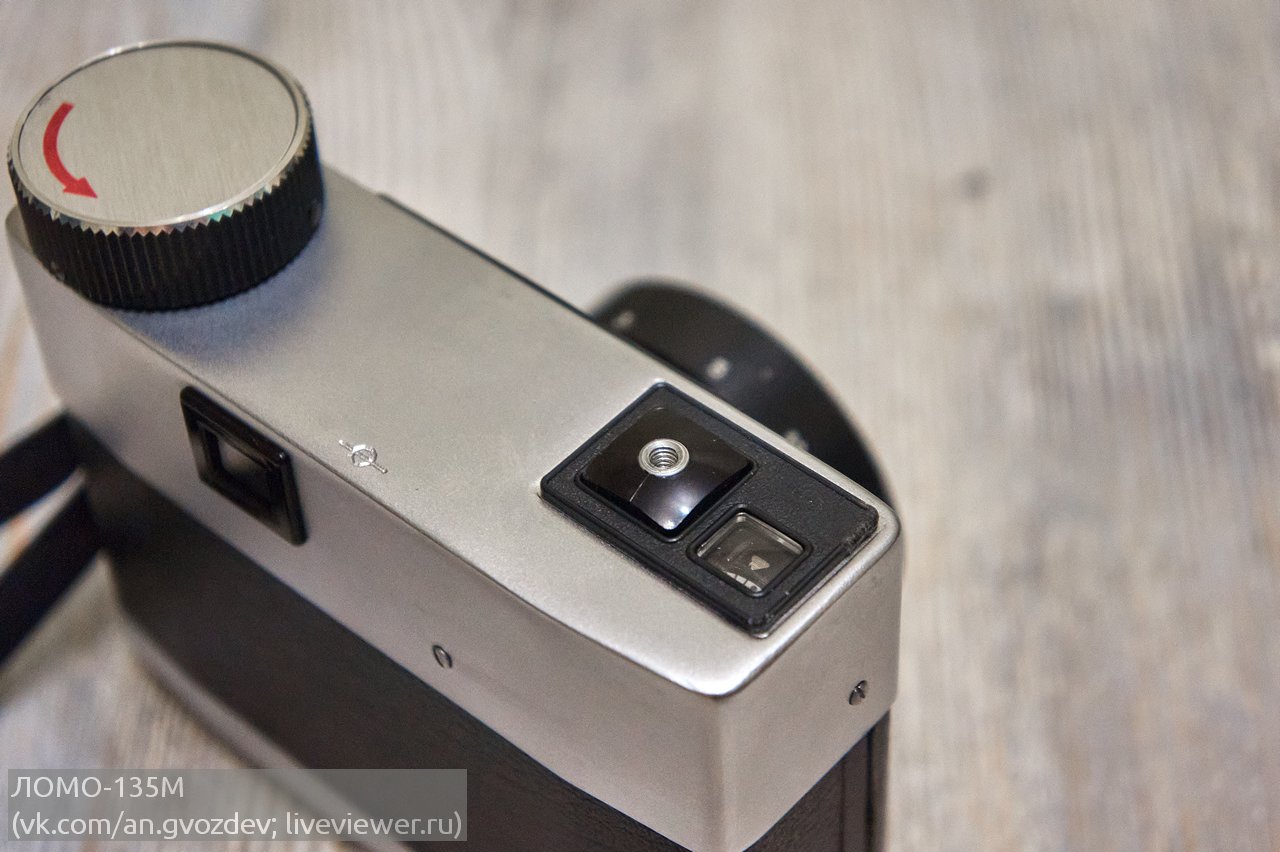 On the front of the lens is the same, even the controls are made of metal. High-quality icons on thin disks and next to them in no way complicate the management of shooting parameters. The aperture ring is located in the center of the lens, and it feels like it is not adapted for regular rotation - it walks so tight. 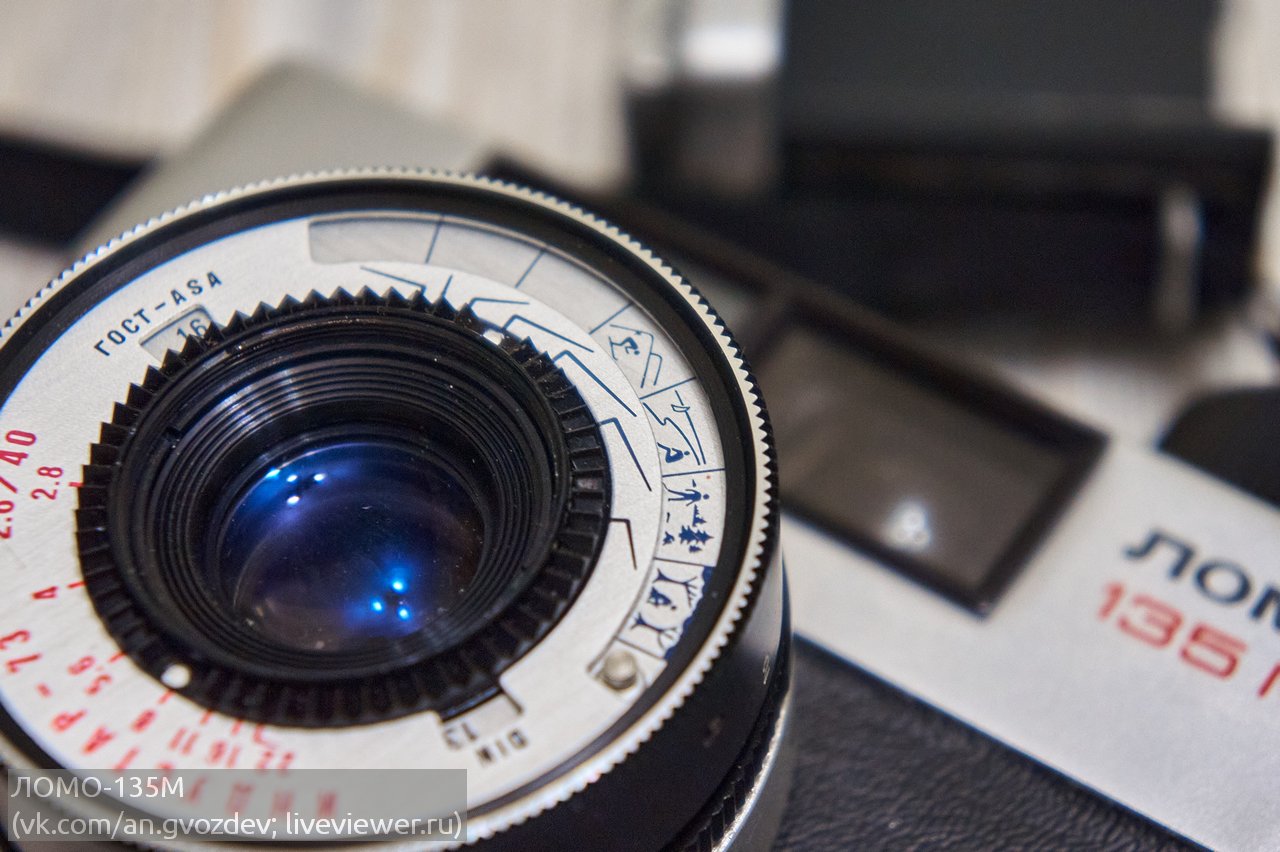 The Industar lens on board the camera is assembled with a focal length of 40 millimeters, which allows you to capture in the frame and have a perspective that roughly corresponds to the perspective that we observe with our own eyes. A wide angle, in addition to extensive image capture, has another feature - with the apertures that the lens is equipped with, almost the entire range of values ​​falls into sharpness, so you don’t have to worry too much about it in a photo. 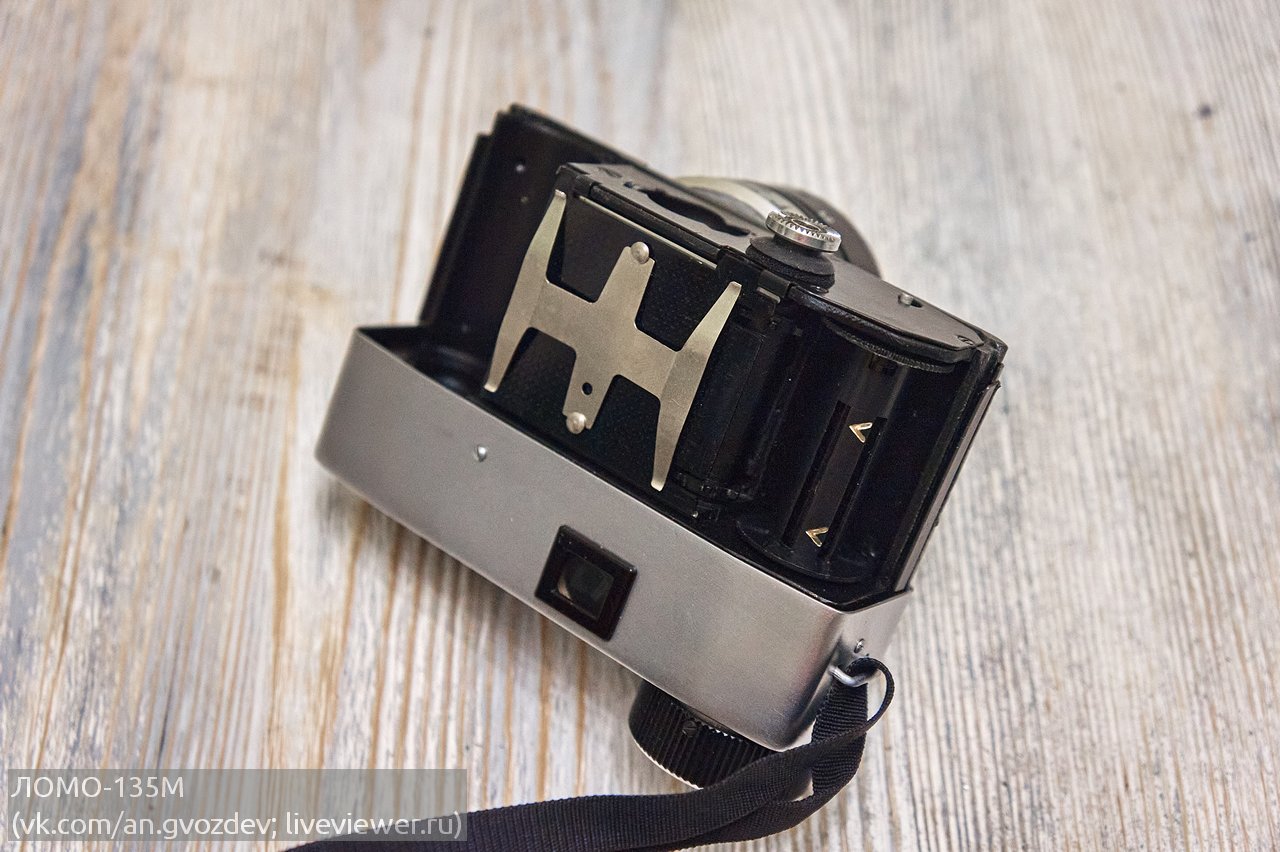 Considering that the camera is based on rule 16, and in it the exposure is set according to the weather symbols, we can say that the control is as simplified as possible. Among all Soviet scalers, the camera is equipped with the most advanced pulling and shooting mechanism. Fully mechanical feed is capable of producing 8 shots in a single platoon. 3 shots were taken on 5 out of 5 cameras. Over time, the spring weakened, apparently. The interval of operation of the mechanism, at which one can least expect its breakdown, does not exceed three frames per second, but it is better to regret it. A lot of cameras failed due to inadequate overestimation of requirements by users. But the camera is always cocked and ready to go. 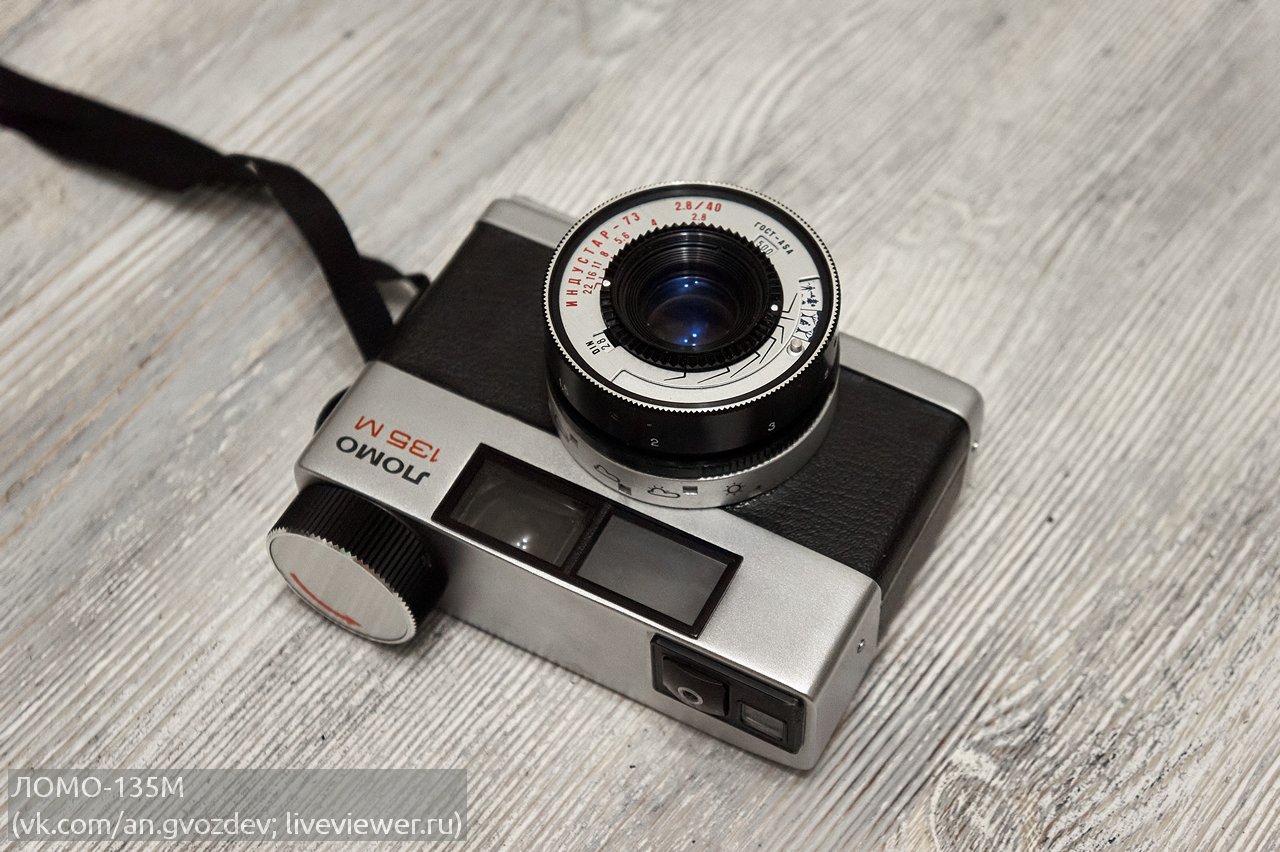 There is an undocumented cocking function without using a spring mechanism - the first two clicks mean cocking the shutter and advancing the film for one frame. After the descent, everything can be repeated again. 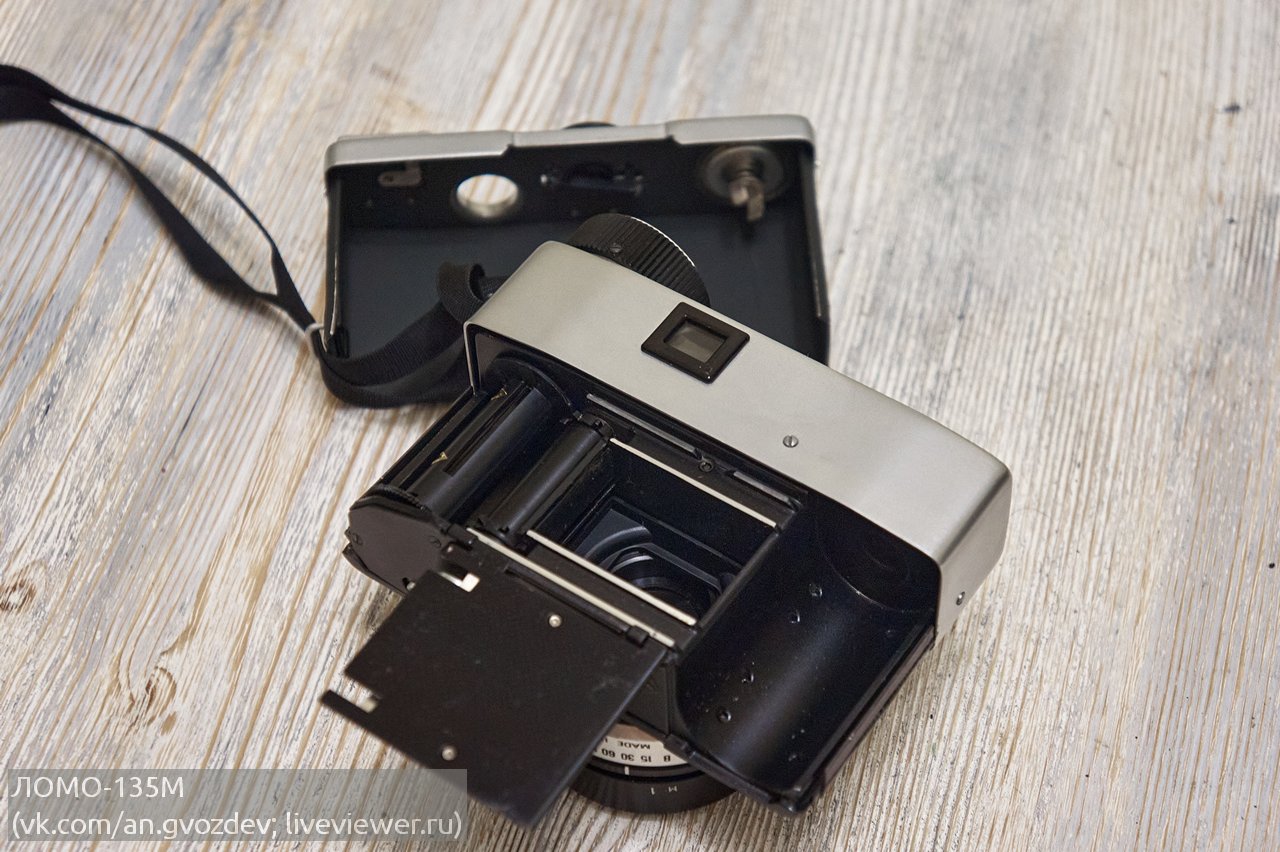 In LOMO-135M, they even managed to shove a hot shoe to synchronize with flashes. The synchronization speed is any, since the shutter opens to full at all shutter speeds. It is springy and petal. The central shutters of those years had a clear advantage over the Zorki-type curtain shutters, which were equipped with larger and more “serious” equipment. 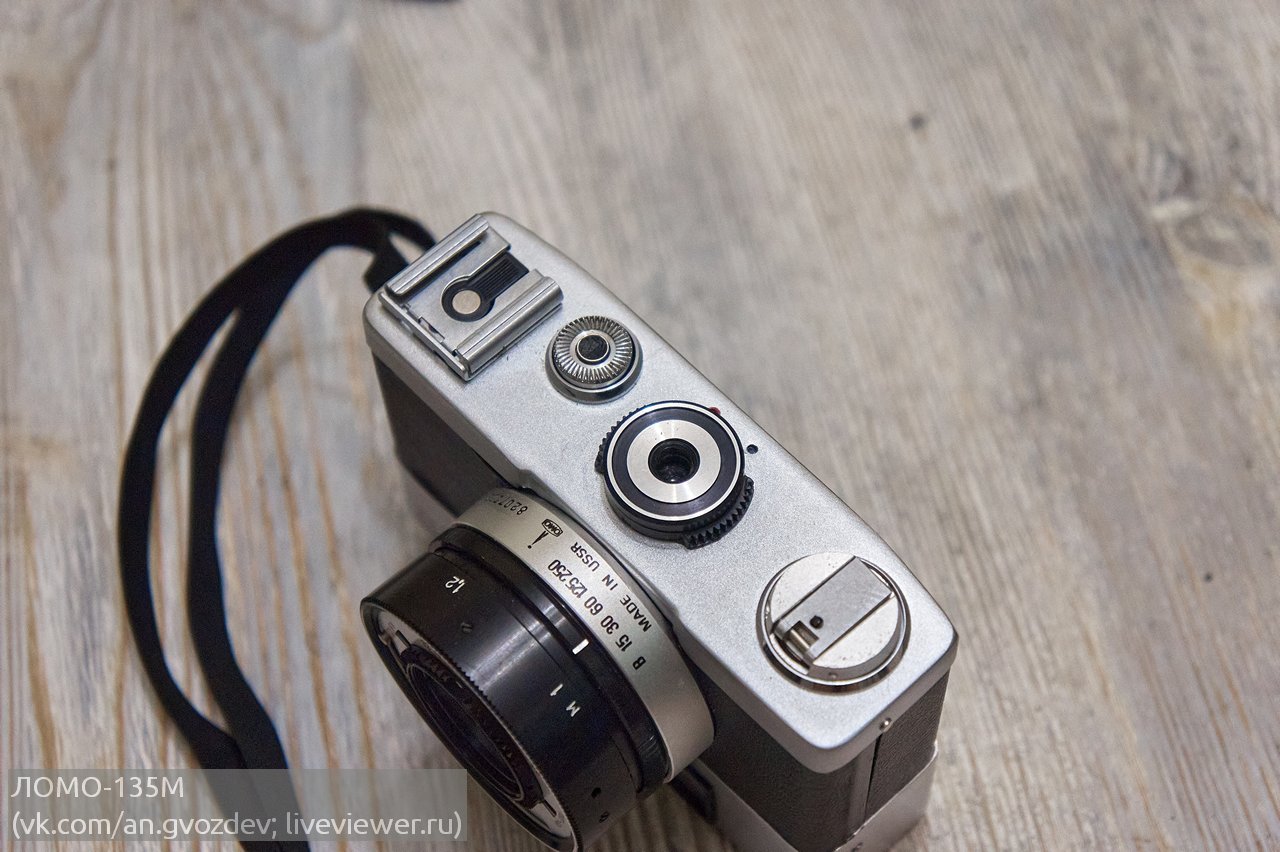 Camera control is quite simple - after loading the film, you need to set its sensitivity (the ring is connected to the aperture) and then set the icons on the scale according to the weather. For the most experienced, shutter speeds from B to 1/250 are marked on the bottom of the lens. Focusing also occurs on a scale, and due to the high depth of field, an optional exact correspondence to the pictogram is achieved. It takes about approx.

In general, Lomo-135m and Lomo-135vs are one and the same camera. I had two Lomo-135M cameras in my hands, one of them died during the shutter test, literally on the second cocking of the handle.

However, the camera is unique in its kind - a completely self-contained camera that does not require power and provides continuous shooting with a clockwork mechanism. 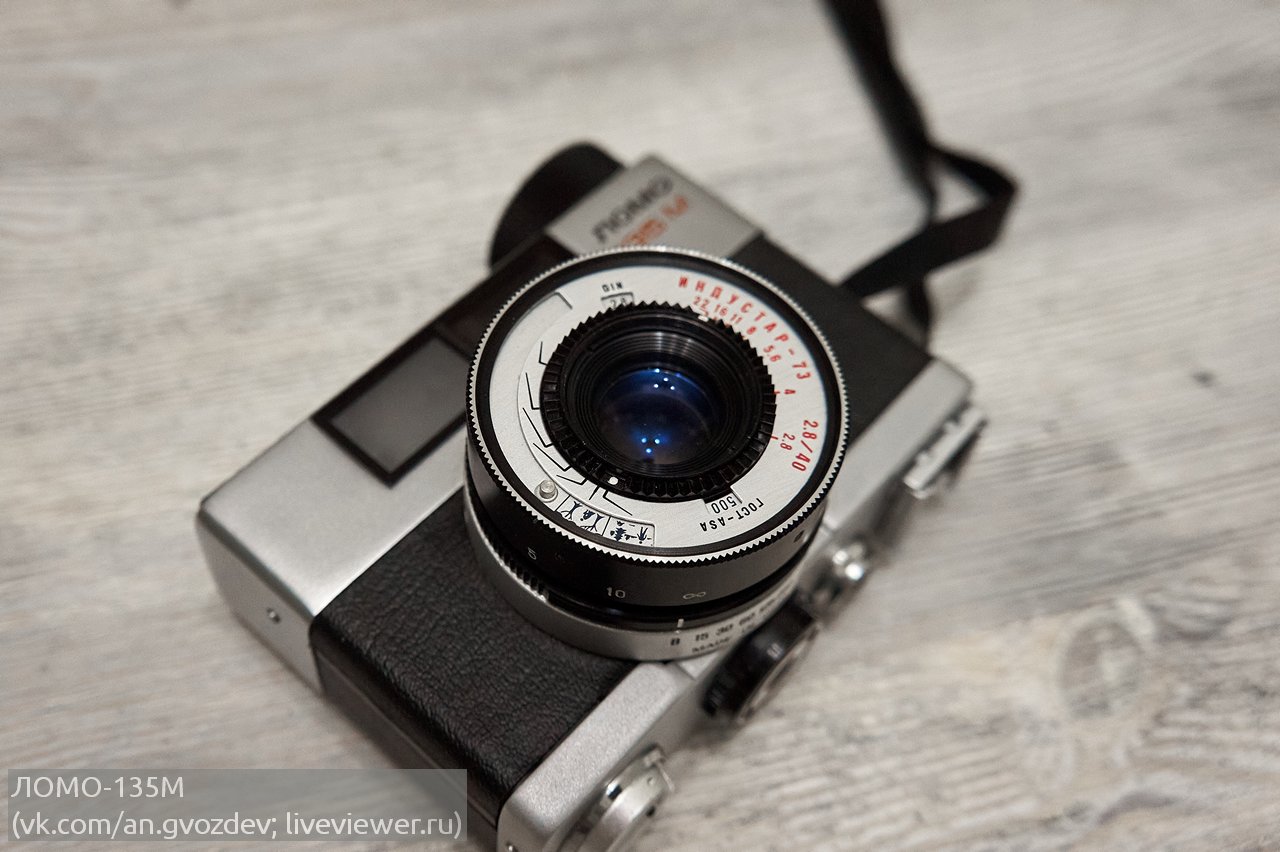