FED-2 - Soviet rangefinder camera with interchangeable lenses, produced from 1955 to 1970 of the last century Kharkiv Labor Commune named after Felix Edmundovich Dzerzhinsky (Ukraine), by that time turned into a large factory for the production of cameras and optical instruments.

The main difference from the first FED model (Leica II) is the combination of the rangefinder window and the viewfinder. And it was actually a breakthrough in usability. In addition, a diopter adjustment system has been added to the viewfinder combined with the rangefinder. What was not, and subsequently, will never be on Zenit SLR cameras. The body of the camera still resembled a crushed tube, trimmed with leatherette, and the optics were installed on an outdated M39 connection (Leica Screw Mount). Cameras "FED" of the second version were produced with a removable back wall, in contrast to the early "Zorkih" made by KMZ. 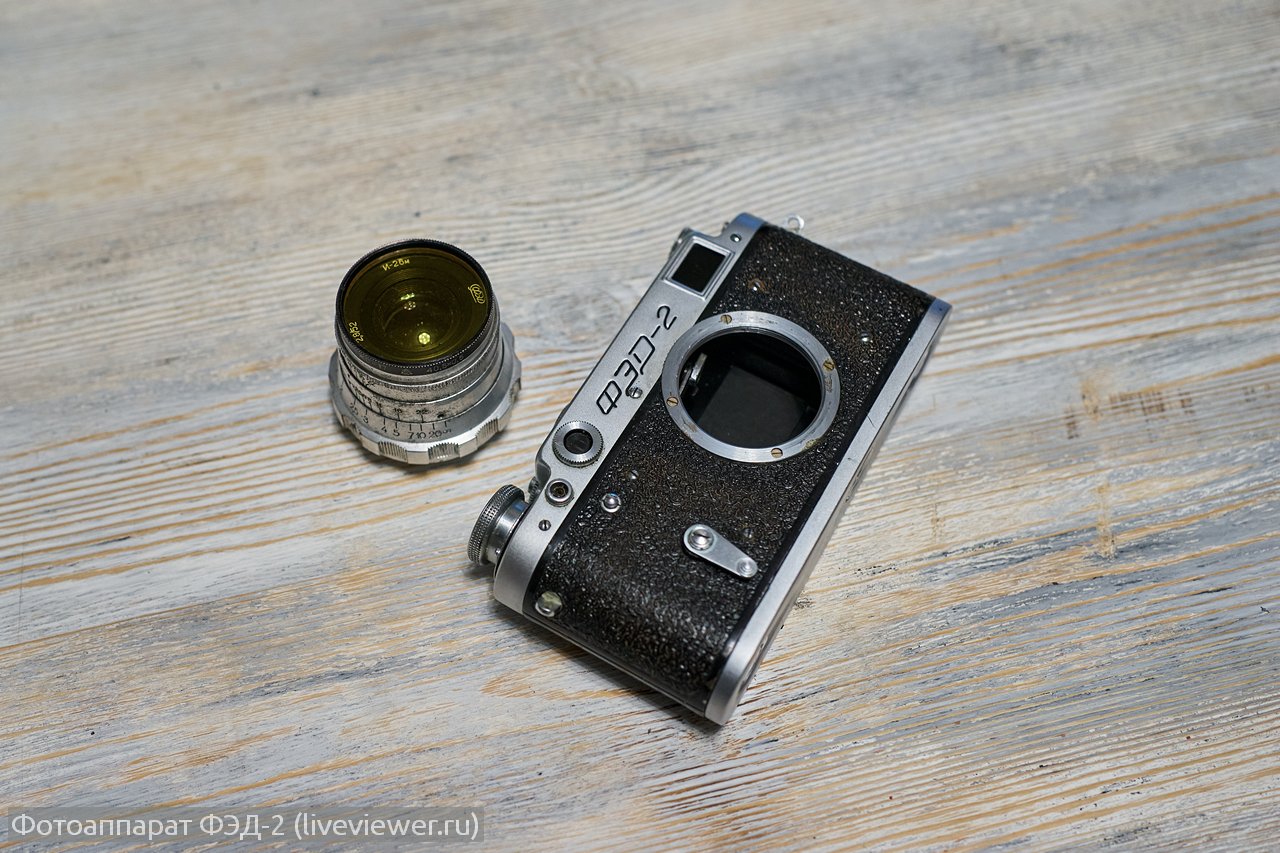 The camera was produced for a rather long time, and by the time the last FED-2 came off the assembly line, it could meet with the following lenses: 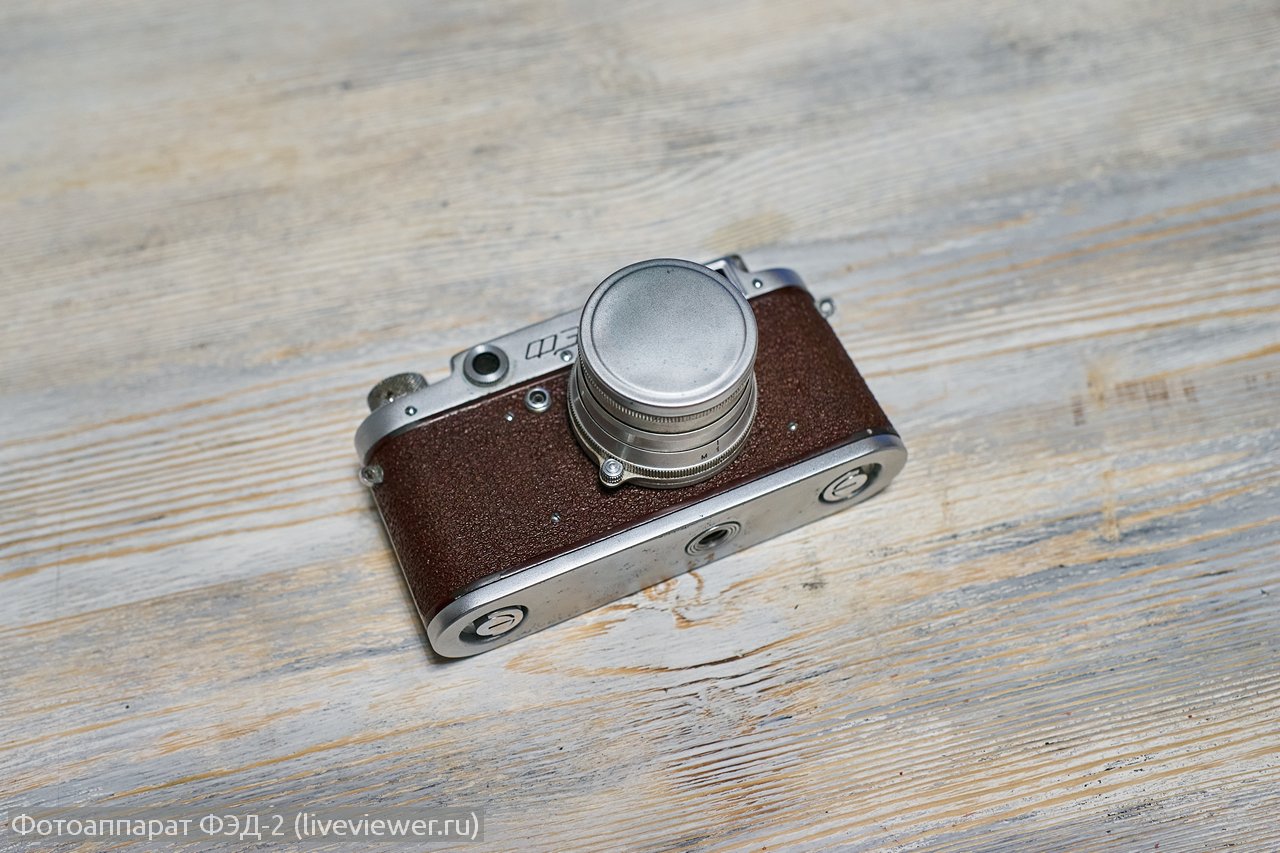 And also marked on the occasion of events (FED-2 "Festival", for example) and specialized versions of cameras. There are the following changes in the FED-2 ergonomics:

According to the catalog "1200 cameras of the USSR" FED-2 has the following modifications:

Refers to a group of rangefinder film cameras without an exposure meter. In 1969-1970, a small number of FED-2 cameras of the fourth issue were produced in the case of the third “trigger” model, shutter speeds from 1/500 to 1/30 s and “B”.

The 1955 camera, although it had an outdated lens mount, nevertheless made it possible to take good photos. It had a combined rangefinder with a viewfinder, but at the same time, focusing less than one meter was not available for the lenses of these rangefinder cameras. There was an extensive park of optics, which made it possible to install various lenses with a standardized focal distance without adjusting the rangefinder, and the standard lenses of the Industar series initially had good image quality, unlike most of what is now equipped with cameras with interchangeable lenses in the kit. 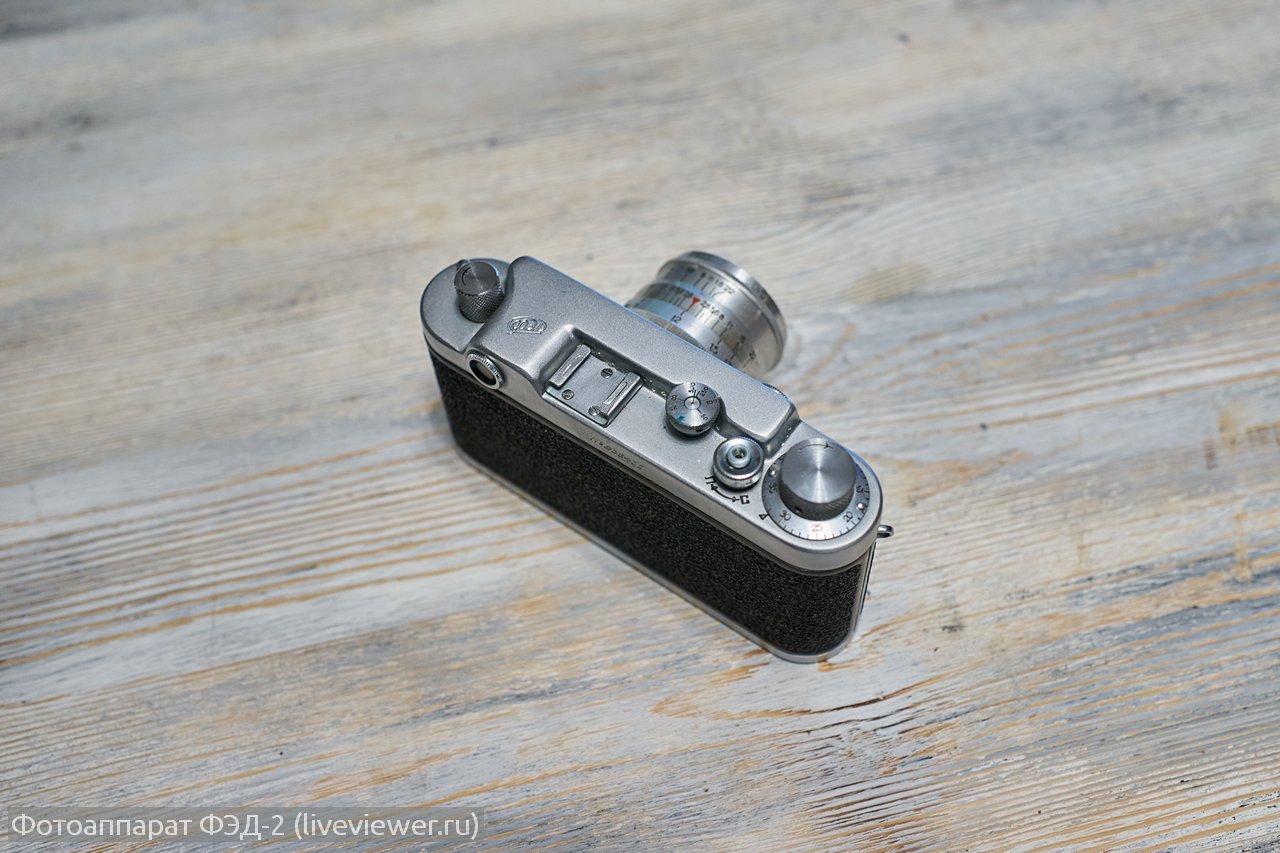 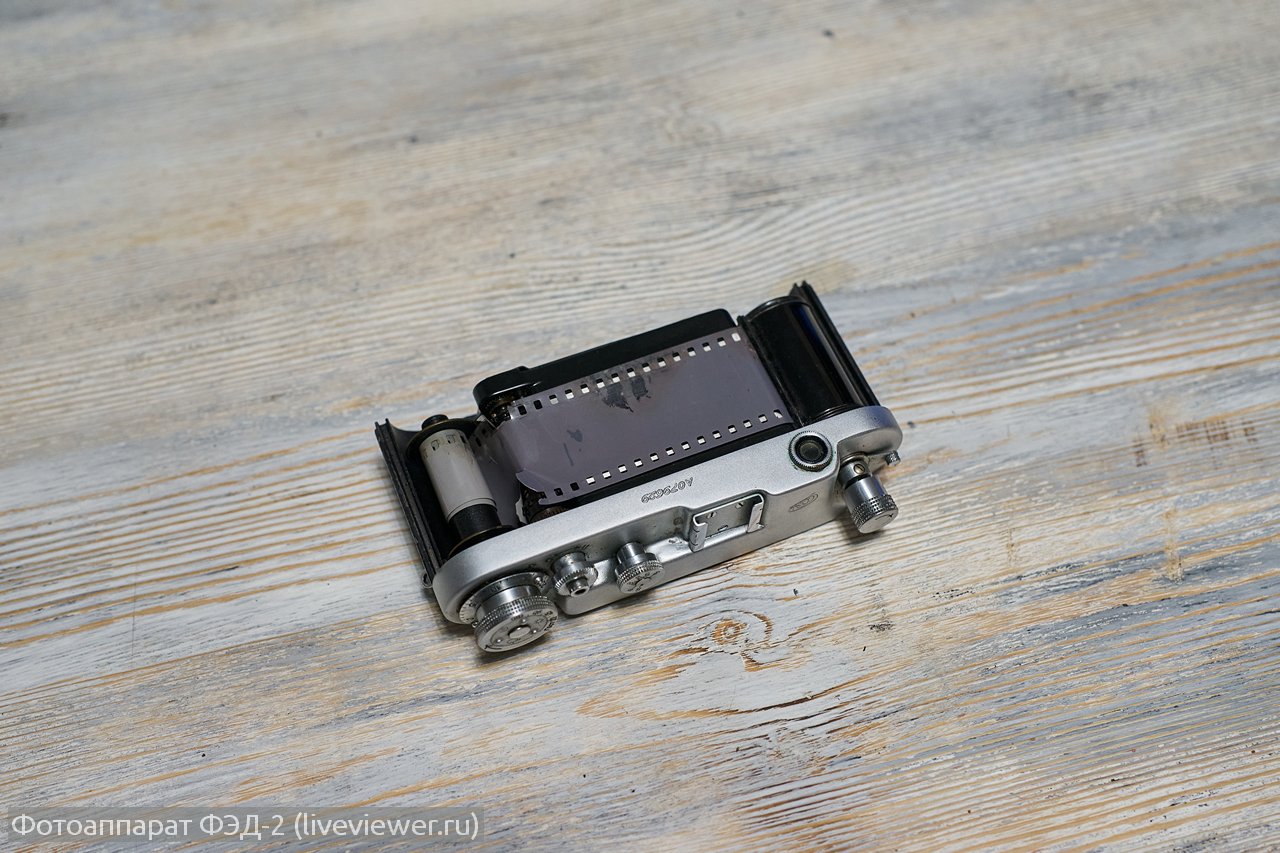 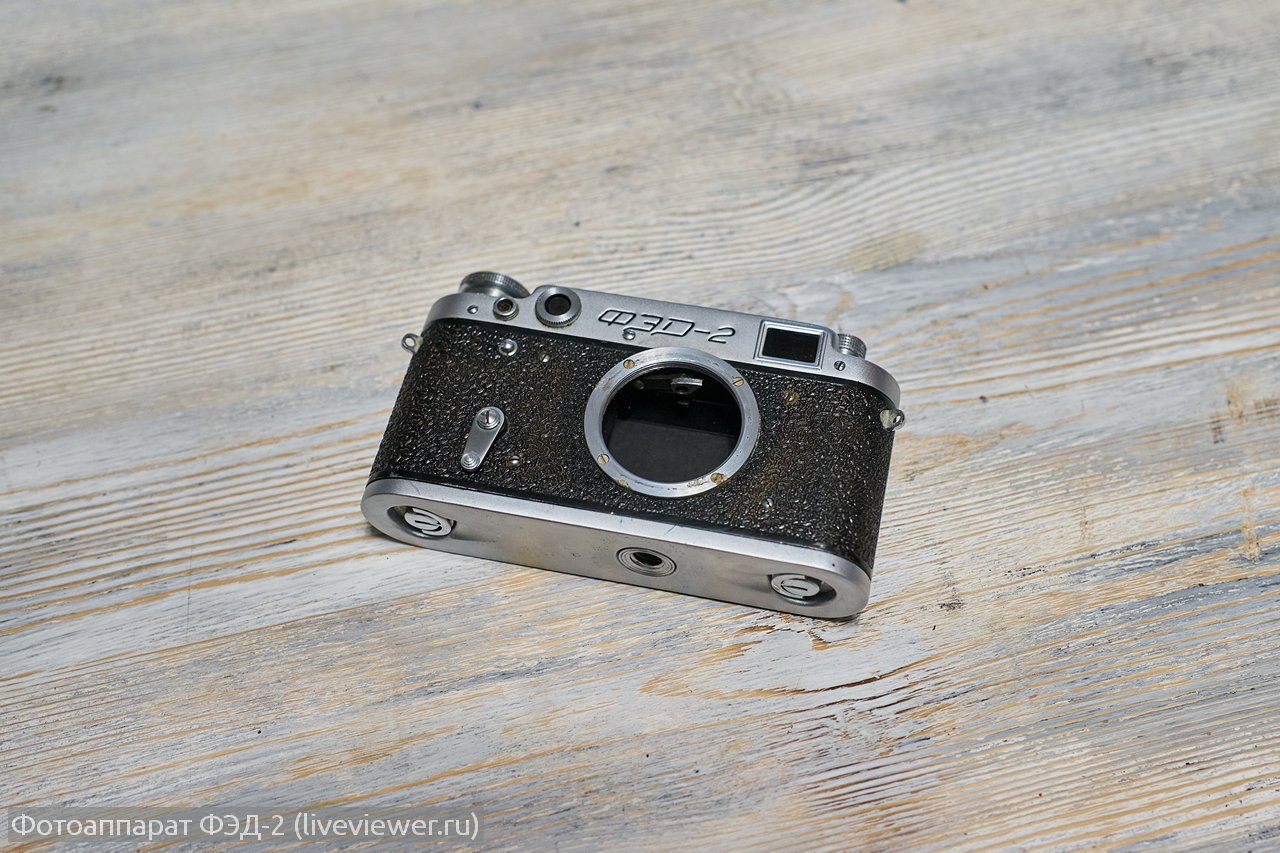 The classic flash sync speed is available at 1/30 second. The FED-2 did not have a central sync contact.

There is no light meter. Measurement and selection of parameters was carried out on a whim, experience, or using an external exposure meter. 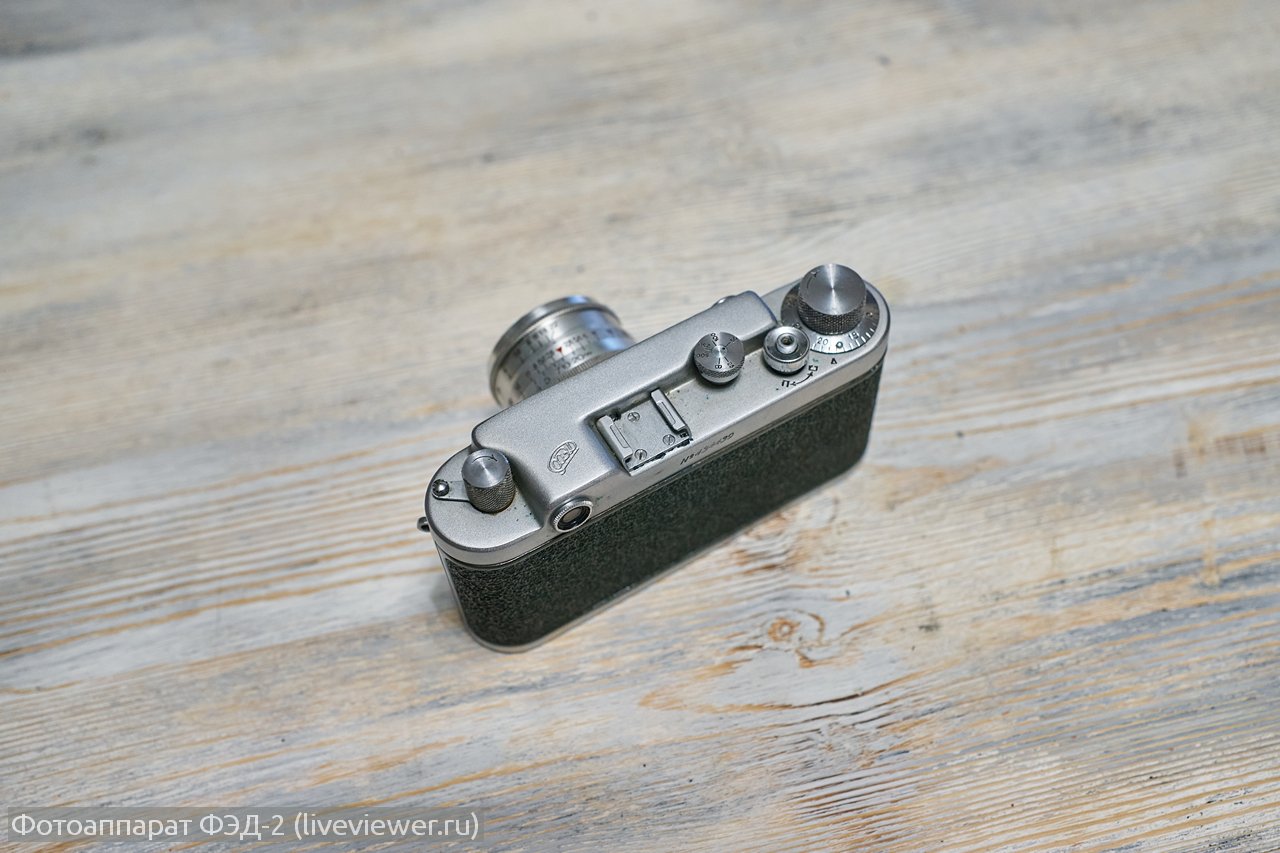 Convenience of work, as with a film camera. There is nothing superfluous in the device, but some system limitations contribute to efficiency:

FED-2 was praised for its large rangefinder base - 67mm, which few rangefinder cameras in the USSR possessed. 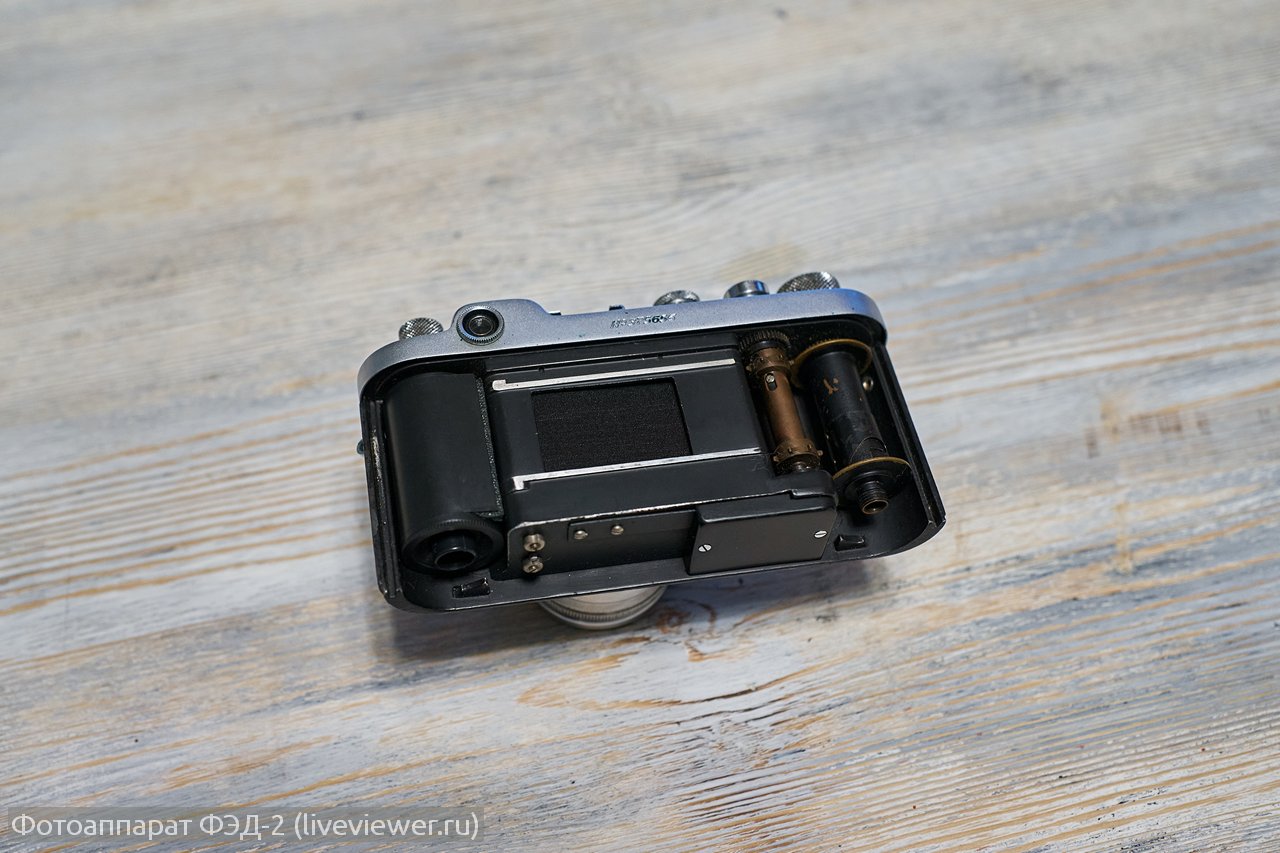 FED-2 belongs to the class of cameras with the quietest shutters. Just "clack" and that's it. Soft release button, there is no perceptible vibration, there is no mirror that would vibrate and create additional noise. 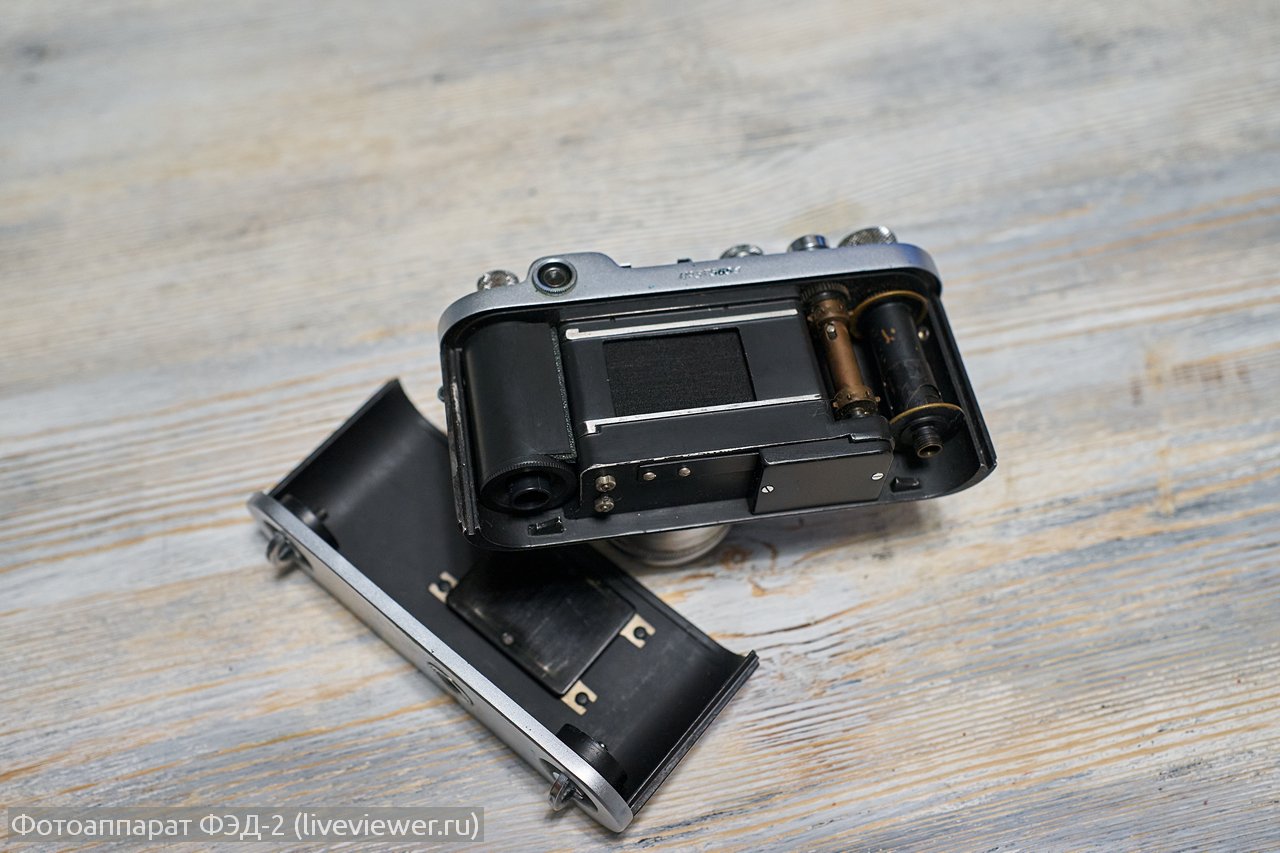 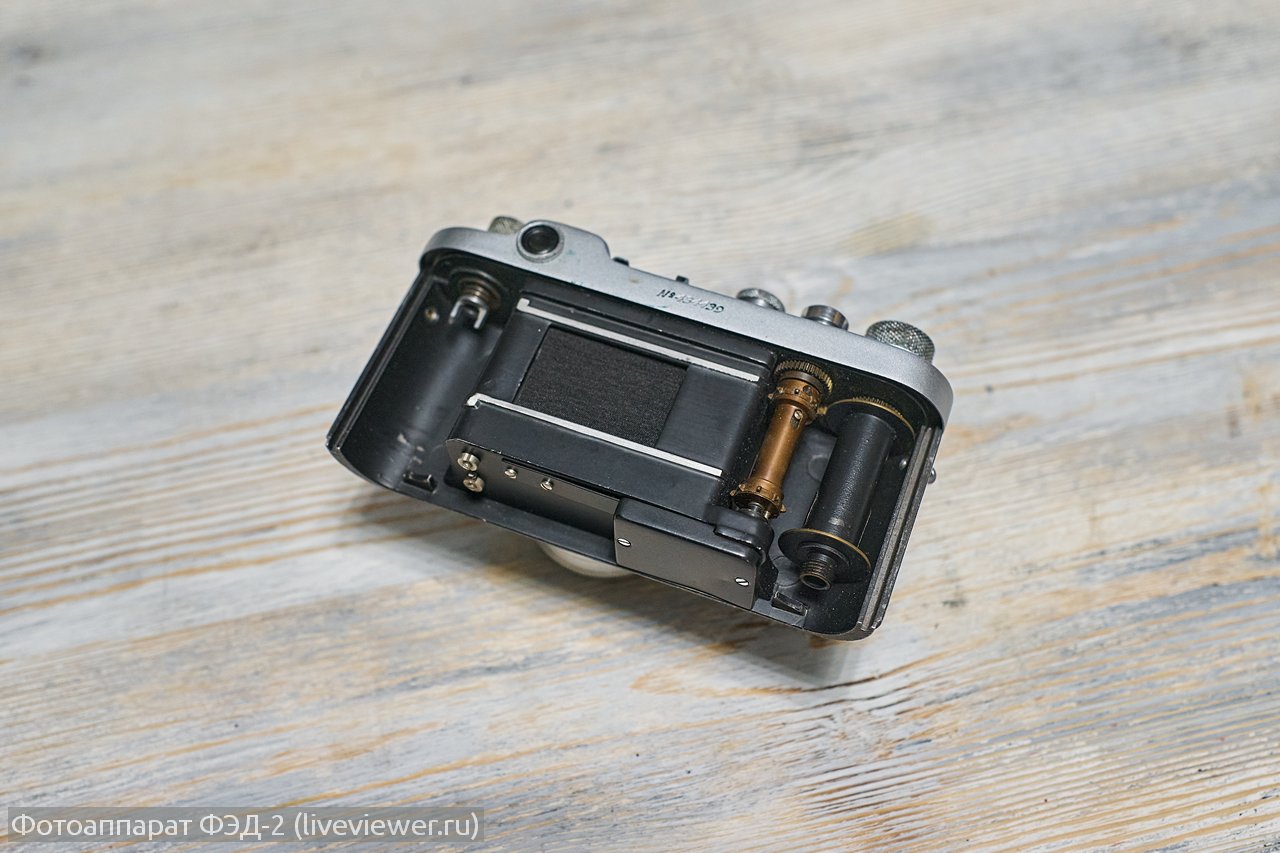 The film is loaded under the hinged cover, it is necessary to push in and fix the tail of the film in the take-up spool. Film rewinding by the head, the rewinding head is lifted from the camera body. Combined with the viewfinder diopter adjustment knob. The frame counter is manual, there is no reset. The film is loaded under the rear removable cover. 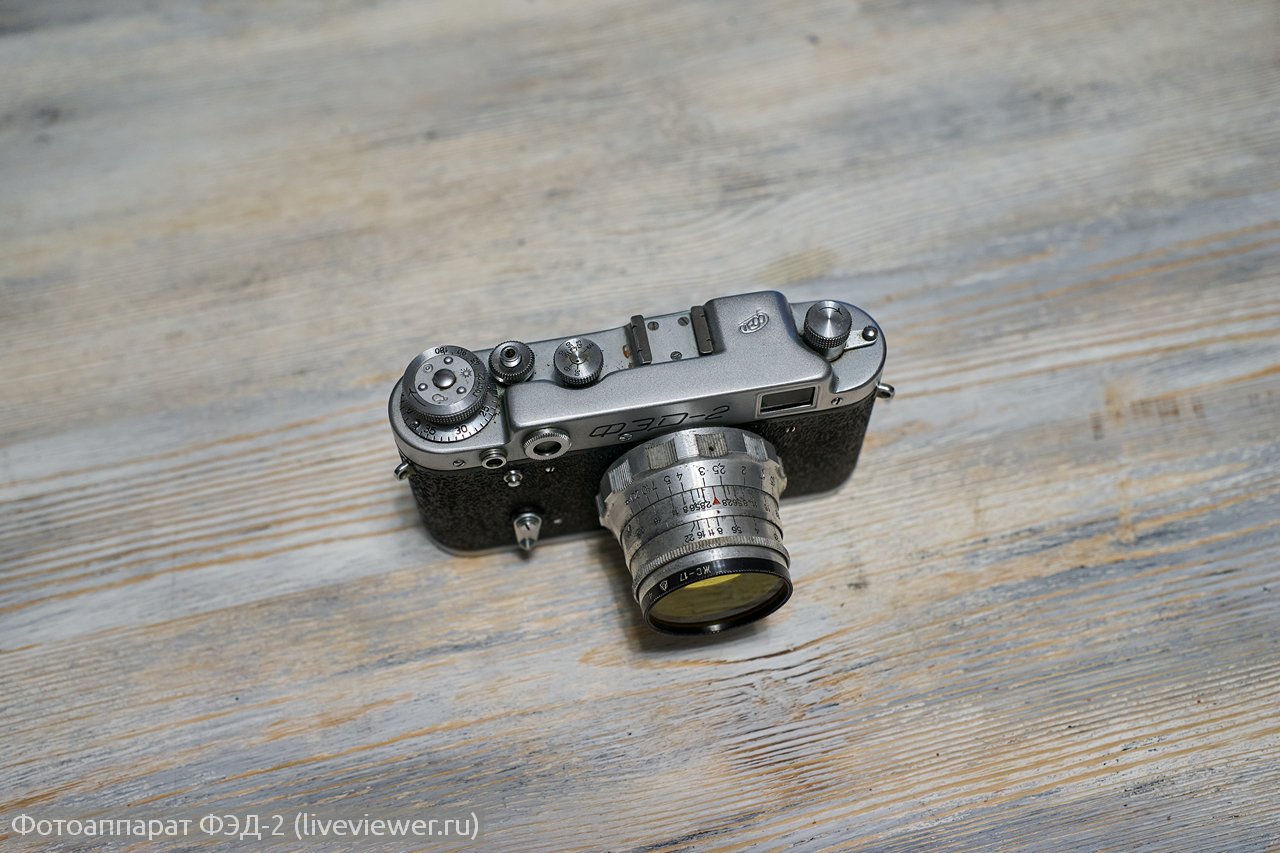 Get the film out of FED-2

It is not difficult to get the film out of FED-2. Turn the skirt at the base of the release button counterclockwise, then lift the rewind knob to the left and wind the film clockwise.

What kind of film is needed for a FED camera?

Any 135 type (35mm) film in standard spools is suitable for FED cameras. You can use both black and white and color, you can wind the film yourself. A budget hobbyist color film from Fujifilm or Kodak, black and white Tasma, works well. ISO 400 films are suitable for low light conditions, while ISO 200 films are better for shooting outdoors in clear or slightly cloudy weather.

An example of a photo from the FED-2 camera