The Soviet industry, represented by the authorities, was not very fond of change and innovation, and for many years and even decades produced almost the same cameras without any changes. Smena-9 is no exception.

Smena-9 is not much different from all other models of this model. For example, this camera differs from "Shift 8" only in the absence of a self-timer. Like all other cameras, Smena 9 was made of plastic, but of good enough quality. Like other cameras, Smena 9 does not have a rangefinder and mirror mechanism, and focusing is carried out according to the distance scale on the lens. 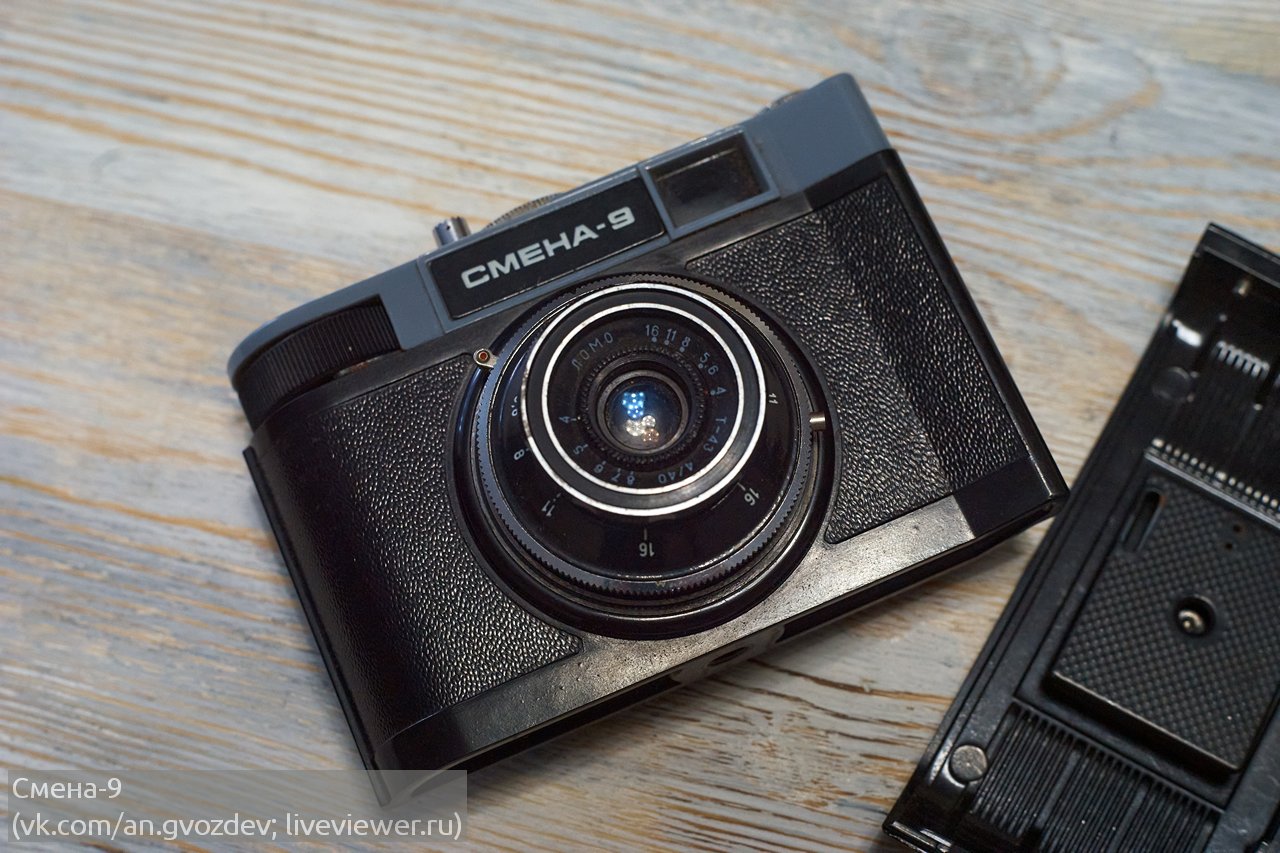 On the top of the camera there was a frame counter and a cold shoe for attaching additional devices. For example, you can put an additional rangefinder to simplify the focusing process.