Pentina is a line of cameras with a central gateohm, produced from 1961 to 1965 in Germany. In total, there were seven (3 test, 4 released on the market) models with a total of about 44 thousand units.

This film camera is of interest primarily because it was developed by student Jürgen Peters and his mentor, as a design and diploma work. The camera controls are “packed” deep into the body, the film is installed on the right side of the device and rewound to the left. 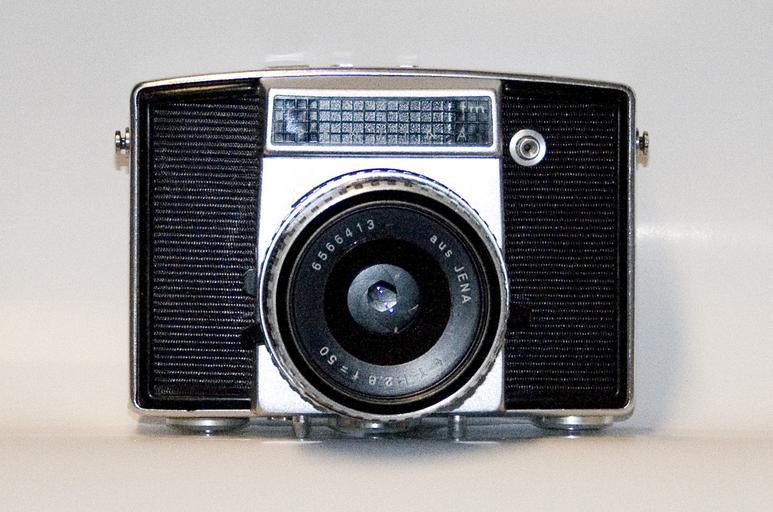 On the bottom of the device there are a tripod socket, a frame counter, and a rewind knob.
The lenses were mounted on bayonet mount, commercially available 30mm, 50mm, 85mm, 135mm lenses

The following models are known: 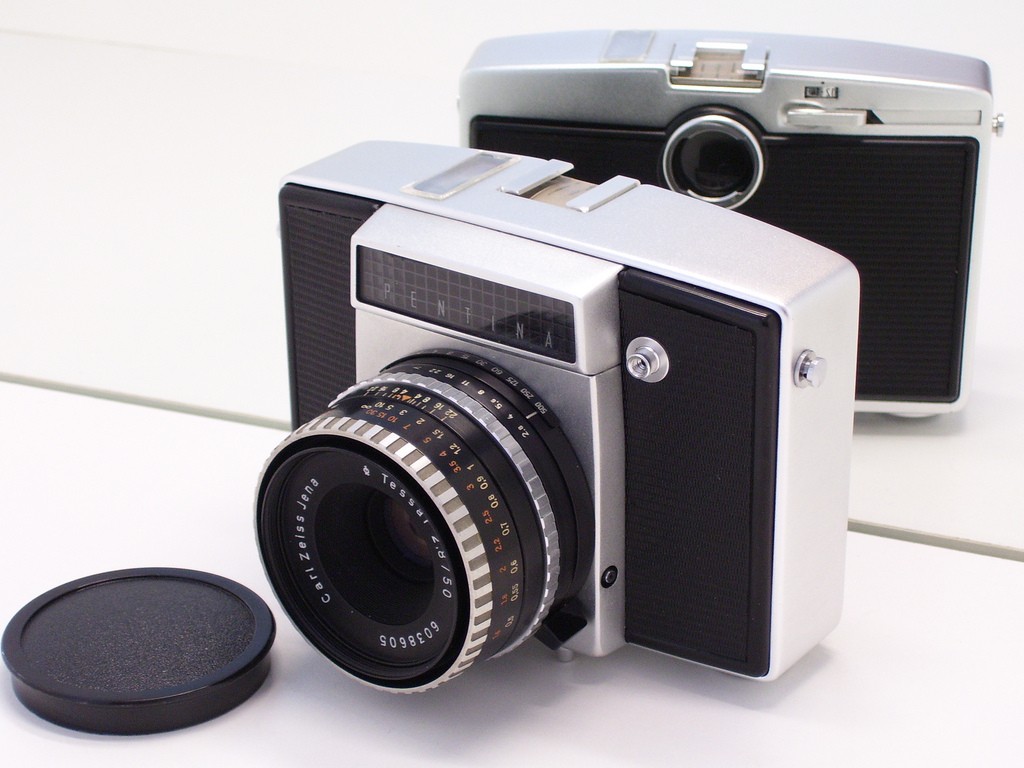 The design of the film camera did not allow the use of lenses with a focal length of more than 135mm. Selenium photocells were used as a battery for exposure metering. Shutter priority mode was available for operation, diaphragm installed automatically. Synchronization with flashes took place at a speed shutter 1/50 sec. The hot shoe could be fitted with accessories such as an external viewfinder, angle viewfinder.