What is ISO in a camera

ISO (English: International Standards Organization) - light sensitivity of the sensor or film. A characteristic of a digital camera that determines the dependence of the numerical parameters of a digital image created by it on the exposure obtained by a photosensitive matrix.

The light sensitivity of digital cameras is usually expressed in units equivalent to the ISO sensitivity of gelatin-silver photographic emulsions. This allows you to use the methods of exposure measurement inherent in classical film photography. 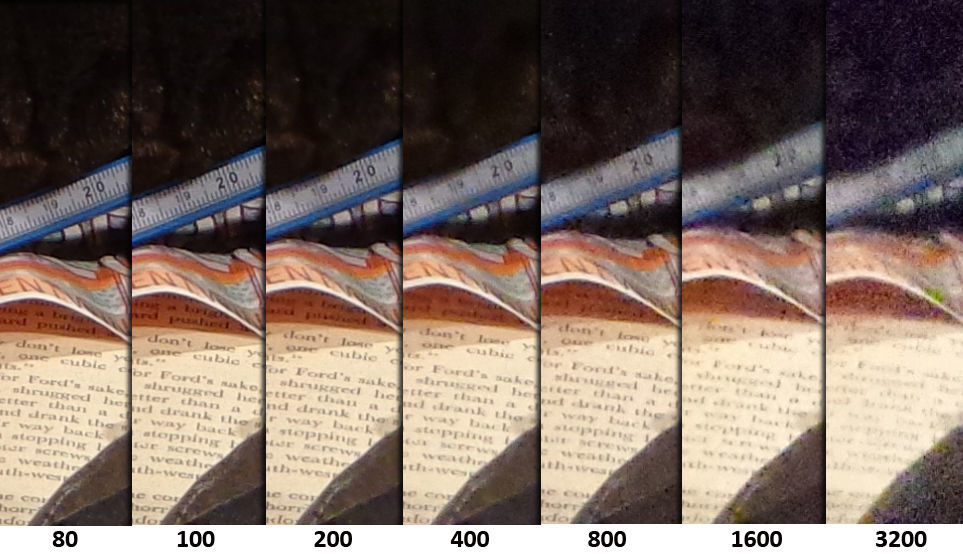 Instead of a name ISO often say photosensitivity. This name better describes the purpose of this parameter. ISO is a measure of how sensitive an image sensor is to the light that hits it. A higher ISO value makes the sensor more sensitive to light, so higher values ​​are used for shooting in low light conditions. Modern digital cameras can take pictures at different ISO settings, which will be recorded on a single memory card. Earlier photographers to change the value ISO had to change the film.

When to raise ISO? For example, the camera cannot build a normal exposure. The lighting is too weak for him. When shooting at a concert, it is not always possible to use a flash and it will not always help. In this case, you need to increase ISO manually or set to ISO AUTO mode.

Increasing ISO makes it possible to reduce shutter speed. This will help to get rid of movement or allow you to take normal shots in cases where a tripod would be needed with a lower ISO value.

The increase in ISO is not only positive, but also negative. Increasing the sensitivity to light inevitably leads to the appearance of noise in photographs. This is caused by the fact that matrix together with a useful light signal, it begins to perceive interference and distortion. Moreover, matrix and itself does not transmit a 100% perfect image. Increasing the sensitivity to light increases the errors that are caused by leakage currents.

All matrices are tuned in such a way as to transmit the least amount of interference at the smallest values ISO. In most cameras, this is 100. ISO is less than a hundred in most cases, software-simulated.

The noise in digital photographs is similar to the graininess in film photographs. This effect is highly undesirable. It appears as colored dots that are distributed throughout the frame.

The physical size of the matrix determines the quality of the images that will be obtained at certain ISO values. This is primarily due to the fact that pixels on large matrices are larger than on small ones, and therefore they perceive more light. For example, 24 megapixel sensors with different sizes at the same settings will show different noise results. The larger matrix will make less noise. For what? Due to the fact that its area and more pixel area. Therefore, in the eternal question of “crop or full frame”, it is necessary to thoroughly weigh the pros and cons.

Often there will be situations when the choice is between taking a picture with a high ISO value or not taking a picture at all. In this case, it is better to take a picture and try to remove the noise on the computer. Also, not everyone is noisy. pictures look bad.

The standard that replaced DIN \ ASA

Digital cameras with the same exposure can produce an image of varying degrees of brightness. This is achieved by changing the pre-amplification of the electrical signals of the photosensitive matrix and the algorithms of their subsequent ADC into the color space, mainly sRGB. Manufacturers of digital equipment establish a fixed relationship between the values ​​of the matrix signals and the corresponding color space parameters, which is taken as the exposure index EI.

Most digital cameras have several EI values, switching between them allows you to find the most acceptable compromise between the ability to shoot at fast shutter speeds and the intensity of noise in the resulting image. The EI values ​​are chosen so that the resulting digital image is comparable to that obtained on film of the same ISO speed, with the same exposure parameters. Therefore, in everyday life it is customary to call the EI values ​​\uXNUMXb\uXNUMXbof digital cameras “ISO equivalent". However, this parameter is only indirectly related to the sensitivity of the matrix, and is expressed in units of film sensitometry only for the convenience of using the classic methods of exposure measurement adopted in traditional photography.