What is DIN, ASA, GOST

ASA / DIN is the standard photosensitivity film and photo paper, which was in use in photography before the new ISO standard came into force.

Also on photographic equipment you can find the GOST standard. This is especially true for the cameras of the USSR.

ANSI was originally formed in 1918 when five engineering societies and three government agencies founded the American Engineering Standards Committee (AESC). In 1928 the committee became known as the American Standards Association.SO - English. American Standards Association). In 1966, the ASA was reorganized and became the United States of America Standards Institute (USASI - United States of America Standards Institute). The current name was adopted in 1969.

DIN is the German Institute for Standardization

The main task of DIN is the development of regulatory and technical documentation (standards, specifications, rules, etc.). For this purpose, DIN organizes the work of 26 thousand experts from various fields of science and technology. Its members are enterprises, unions, state organizations, trade firms and scientific institutes. According to an agreement between DIN and the German government, DIN is the leading German national organization for standardization and represents Germany's interests in this area at the international level. The intensive work of German experts in the field of international standardization and standardization has made DIN one of the generally recognized world leaders in the development of standards and other normative documents. In total, DIN includes 74 normative committees involved in the development of standards and other documentation.

The concept in photography was also widely encountered after the adoption of new ISO standards for the sensitivity of materials. For full compliance, the photosensitivity according to GOST was later equated to the accepted ISO. On cameras of the USSR of early production, you can find the DIN / GOST marking. 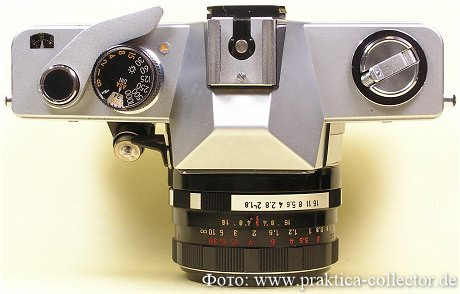