The letter "D" in the title is from the surname of the chief designer of the chamber, Derzhavin. This model stands out from the whole range of released single-lens reflex cameras with the general name "Zenith" for a number of characteristic features:

All of these features were "revolutionary" for 1967, when several prototypes were produced. The chambers were numbered by year. The first two digits of the number indicate the year of manufacture. For the period of serial production 1967 -1970. produced about 350 copies. 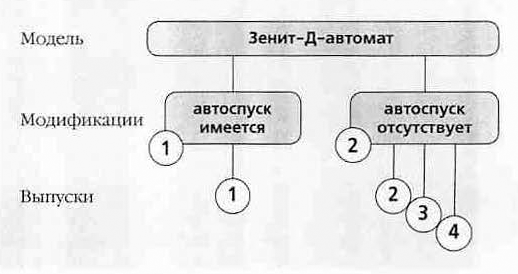 1967 A pilot batch is produced. Peculiarities: 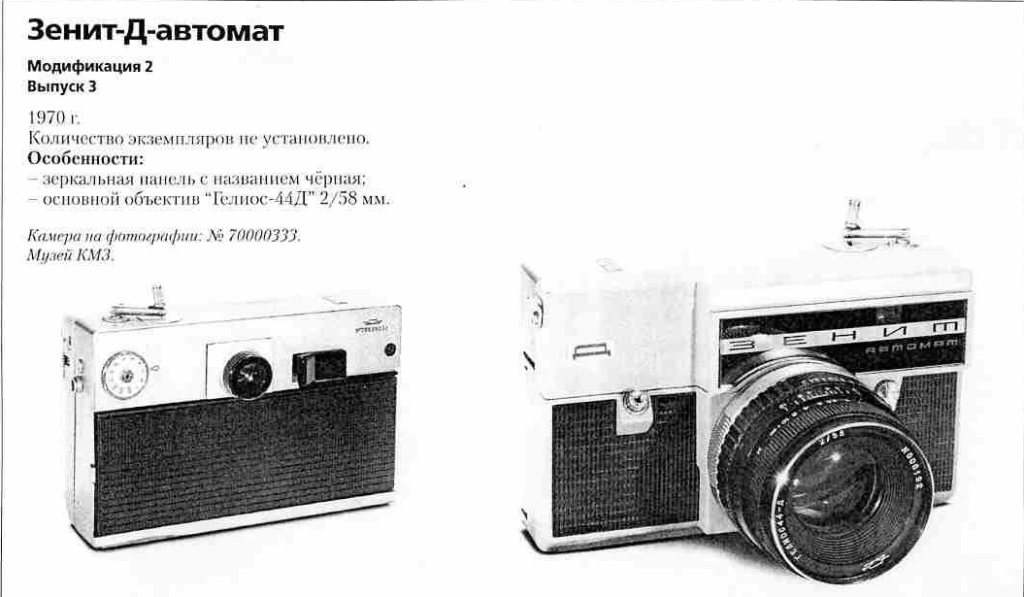