Aspherical lens - lenses that have convex-concave aspherical elements in the optical design, correcting several distortions at a time.

Aspherical element is usually called a lens that has non-spherical sides. There are both symmetrical and asymmetrical. Depending on the shape of the element, the light is refracted and directed to the area that is needed. Asymmetric aspherical elements in different planes have different focal lengths and are used to correct spherical and other aberrations (astigmatism, for example).

In 1968, Nikon released the first camera lens that used an aspherical lens. These lenses have a complex surface shape, while changing the radius of curvature optimizes light transmission and eliminates distortions observed in conventional spherical lenses. They also offer excellent resolution and reduce the size and weight of the lens.

In an effort to continuously improve lens manufacturing technology, Nikon has developed a special molding method that gives good results in the manufacture of lenses. aspherical lenses of medium and large diameter, which, as previously thought, is very difficult to obtain by molding. Precision Glass Molding (PGM) is a complex process in which optical glass is first softened by heating and then molded into aspherical molds made from a special heat-resistant material. This technology has found wide application in the manufacture of aspherical lenses for camera lenses. 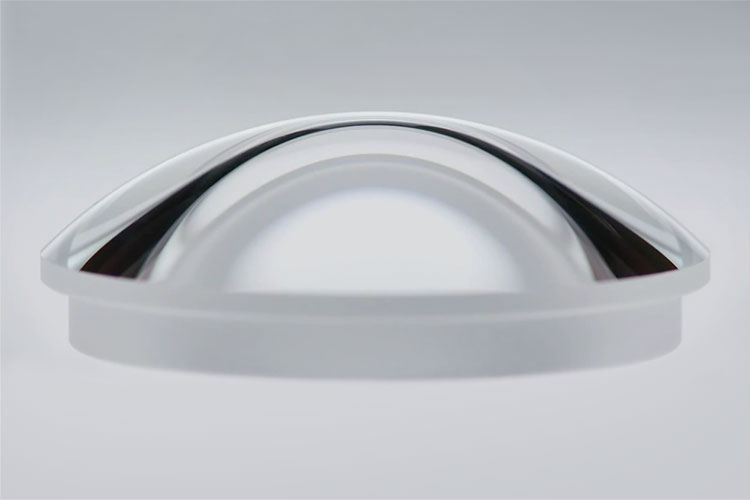 Elements are made in several ways:

Once upon a Time all lenses were spherical. This is the simplest lens shape to manufacture, but it is not the best option for creating a sharp image, because spherical lenses cannot align light beams at one point. This is the cause of the problem called spherical aberration. Optical engineers have found that an aspherical lens shape can help eliminate this type of aberration, since the curvature of the lens can be used to align light beams at one point. However, knowing the theory is one thing, and putting it into practice is quite another.

The degree of asphericity is so smallthat special manufacturing processes have been created to work with an accuracy of 0,1 microns. Today, aspherical lens elements are ground and polished so precisely that even elements with an aspherical deviation of 0,02 microns (1/50 of a millimeter) are not allowed to be mounted in lenses.

The aspherical element in an aspherical lens compensates for distortion and eliminates (or makes less noticeable) spherical aberrations in fast aperture lenses. They also allow the production of lenses that are more compact than previously possible when only spherical lenses were used.

Grinding and polishing an aspherical lens is a time consuming and costly process, but current manufacturing techniques allow it to be molded. Obviously, the shape of an aspherical lens must be made with maximum precision in order for the molded lens to have the desired shape. Engineers also need to consider how the size of the element changes as the glass cools and polishes.

Although the production of such lenses is still a highly precise process, molding them makes the procedure less expensive than grinding, making the final product cheaper.

The use of aspherical elements in the optical scheme lens increases image quality and reduces the number of circuit elements used, but increases the final production cost, since these elements are more difficult to process. Canon first used an aspherical element in the Canon FD 50mm f1.2 lens in 1971 with unexpected results. They are usually used in optical circuits to correct aberrations, and often such an element can replace a pair of spherical ones.

In general, they are used everywhere in optics. The effect of using aspherical elements is especially noticeable with wide-angle lenses.

«aspherical lens"More slang name, it is correct to use -" a lens using aspherical elements in the circuit.