The Kristall camera is the brainchild of the KMZ plant, produced in the early 60s. It was designed to replace the zoo equipment with a single system based on the Zorkiy-6 camera. It is the development of the line "Zenit-3", was produced in 1960-1962. It is believed that there were plans to replace most of the produced cameras with this camera. KMZ. Subsequently, this idea was abandoned at the Krasnogorsk Mechanical Plant. 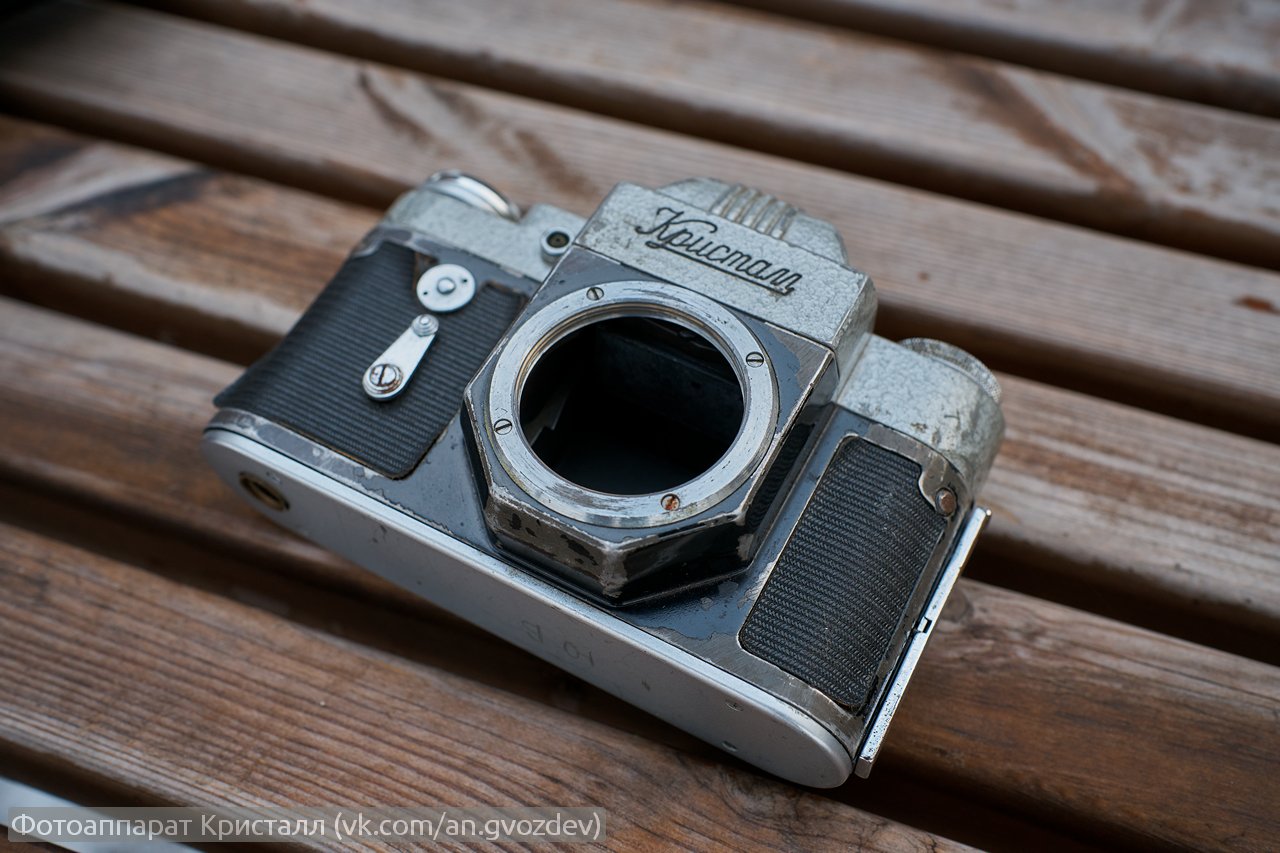 The crystal is similar to Zenit-3, however, it was created on the basis of Zorky-6 by a group of KMZ developers under the leadership of Nikolai Marenkov. From Zorky-6, many things migrated to Crystal, and will be used for many years, including in the production of Zenit-E and Zenit-ET. In this model, for the first time, like in Zorky-6, the body was molded under pressure, and the top cover has ribs over the pentaprism that are interesting and characteristic of this particular line. The top cover is also cast, and is a distinctive feature of the models from other cameras of the time. 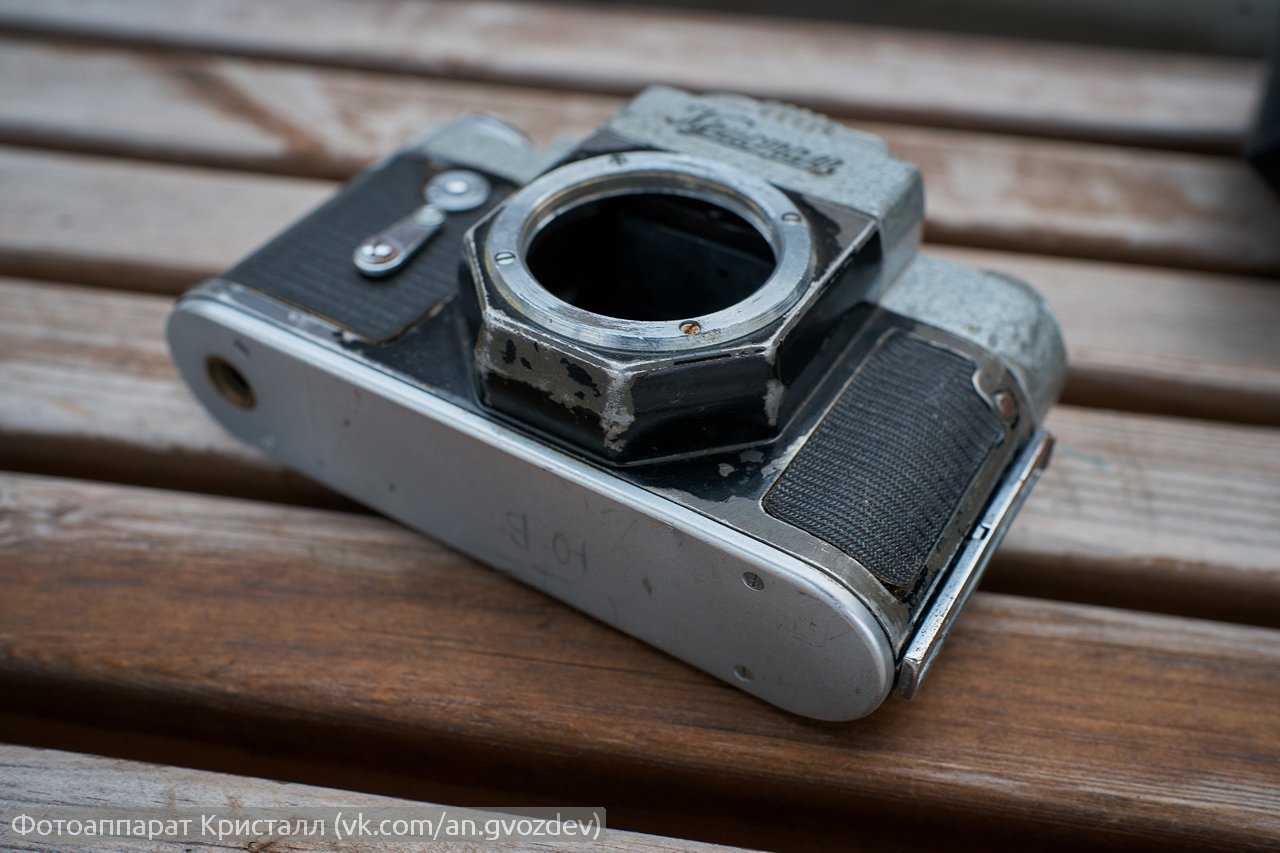 With Vigilant-6, Crystal has in common: 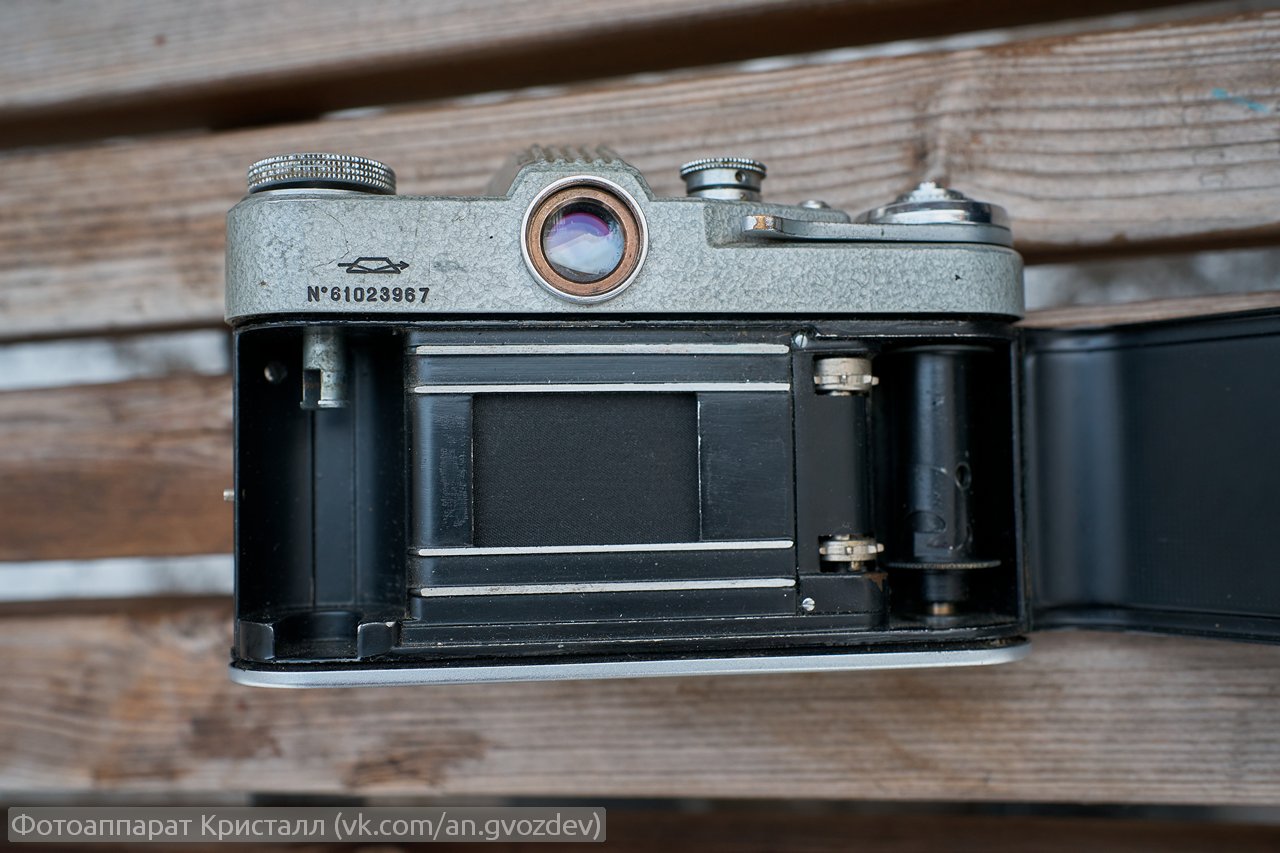 The shutter release button was moved to a common axis with the shutter cocking trigger, and instead of the rotary clutch for disengaging the gear drum for winding the film, a spring-loaded button appeared (the same button that will then be crossed with the shutter release button. A solution that causes indignation even today). The nylon thread for raising the mirror, used in the Zenit-3, was replaced by a metal rod. Mirror, the so-called "sticky". 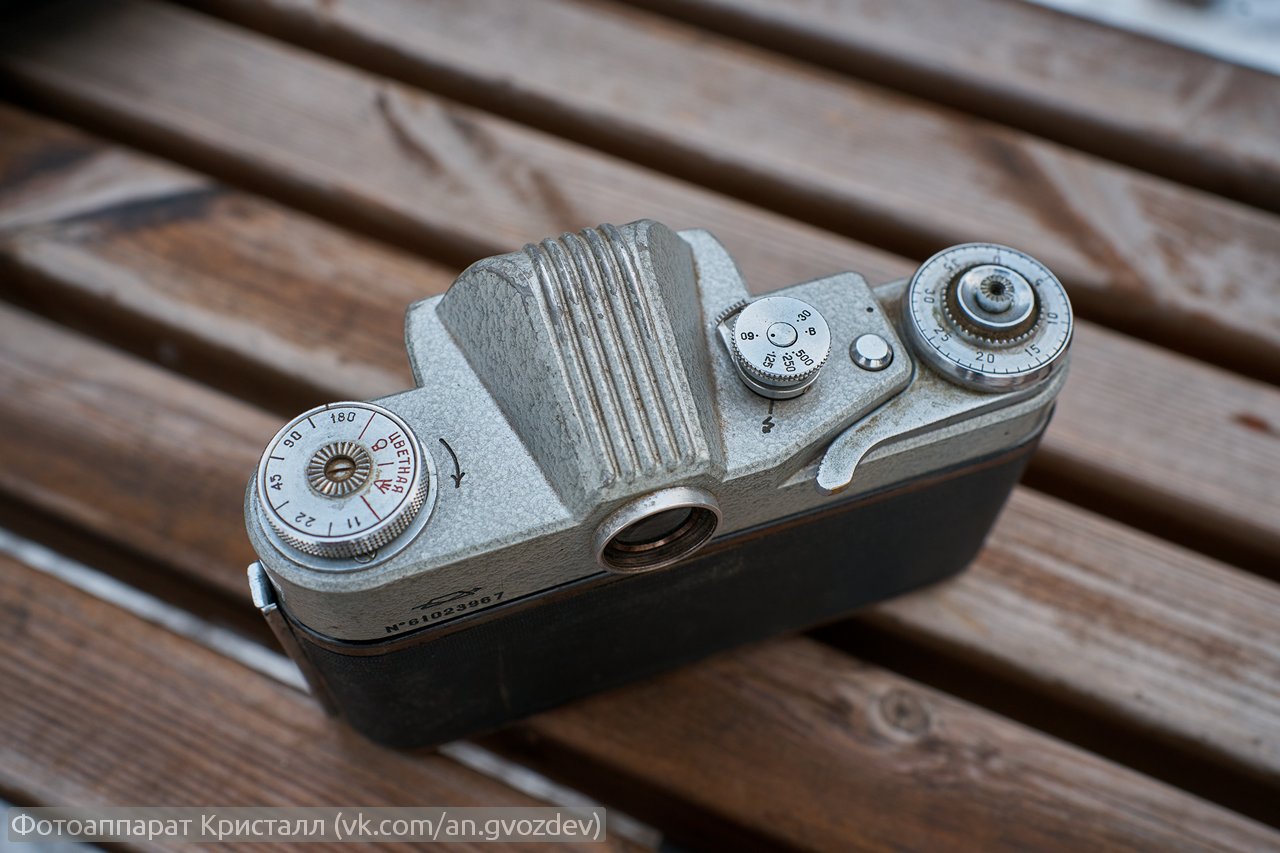 That is, it does not come back after the shutter is released. For sighting through the viewfinder, it was necessary to cock the shutter again. A little later, cameras will acquire both an exposure meter and a constant sight mirror. But it will already be Crystal-2, which has not gone into production. However, later transformed into Zenith-E. No, no, Zenit-E was not released immediately after the Crystal. Until 1965, they managed to release a Crystal called Zenit-3M (with a stamped top cover) and Zenit-3EM (Crystal with an exposure meter). 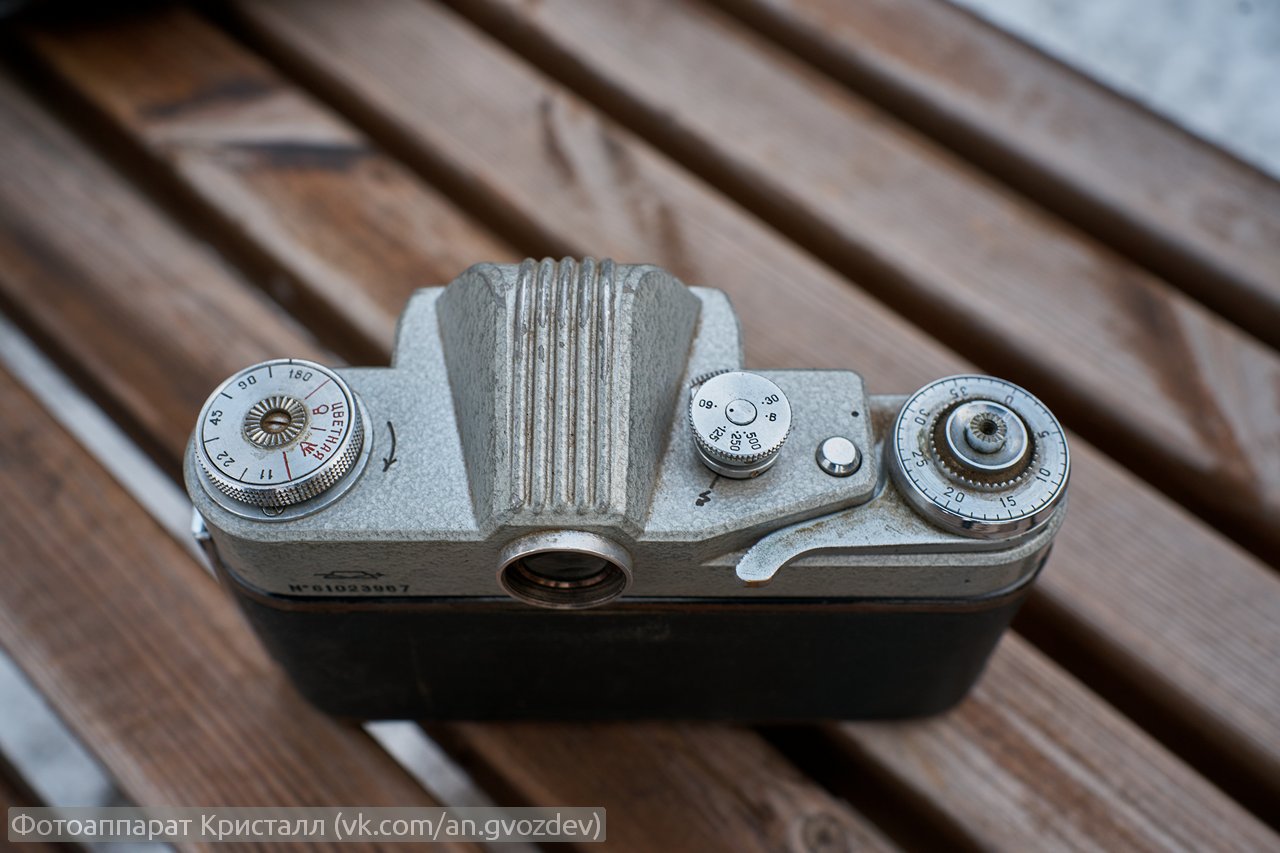 The presence of the M39 threaded connection on Crystals probably caused pain among its customers, since, although it was possible to install lenses from rangefinders, they turned into macro lenses due to the difference in focal lengths. 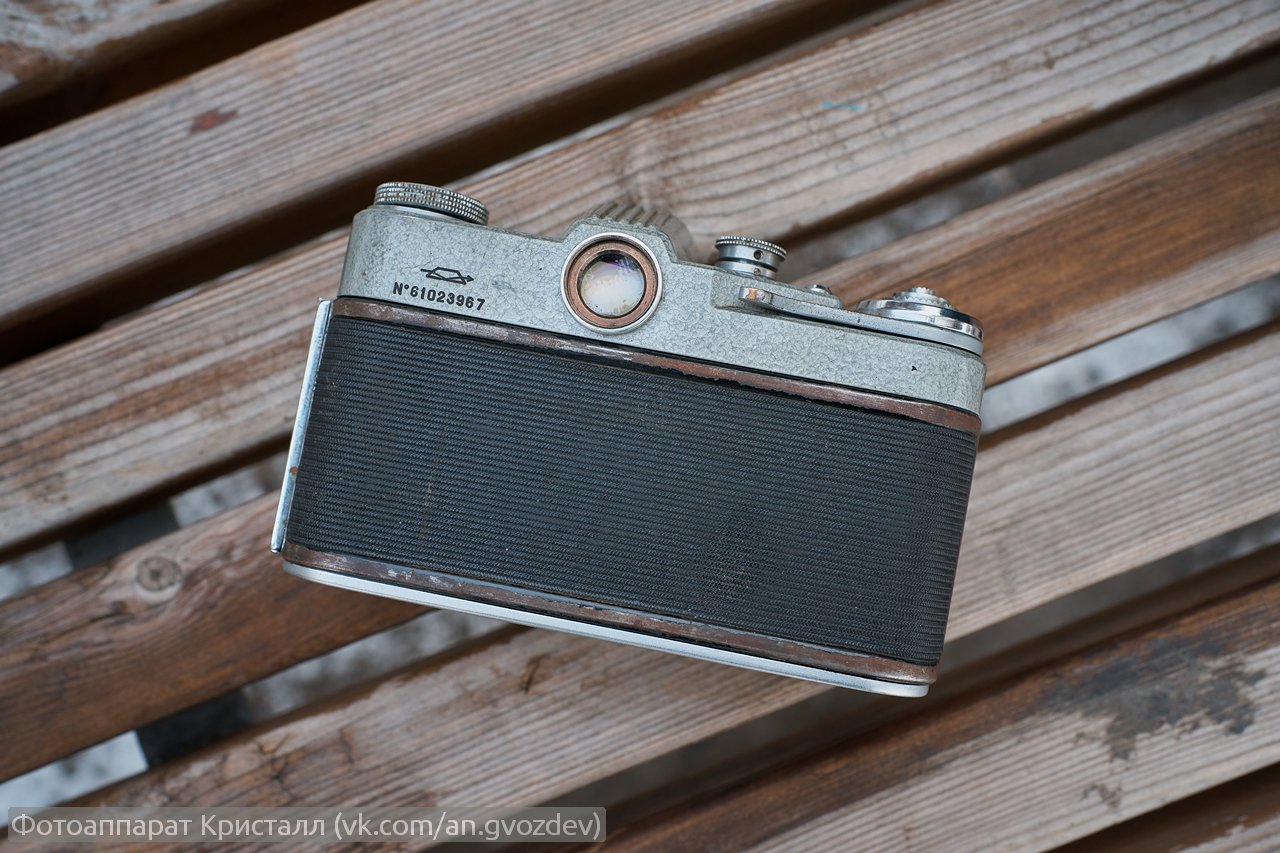 Kristall, in comparison with Zenit-E, has a very quiet operation. The mirror is non-returnable due to this. When the shutter is cocked, a distinct "clack" is heard, indicating that the mirror has been lowered. The shutter cocking is light, and the release, despite the fact that the mirror does not return, is still rude. The set of shutter speeds is standard, "Leikovsky" - B, 1/30, 1/60, 1/125, 1/250, 1/500 seconds, with the possibility of using the self-timer (only when fully cocked). The viewfinder uses a matte screen. However, there are no fresnel lenses or focusing wedges. Despite this, in the viewfinder, you can clearly distinguish the presence of sharpness in the frame. 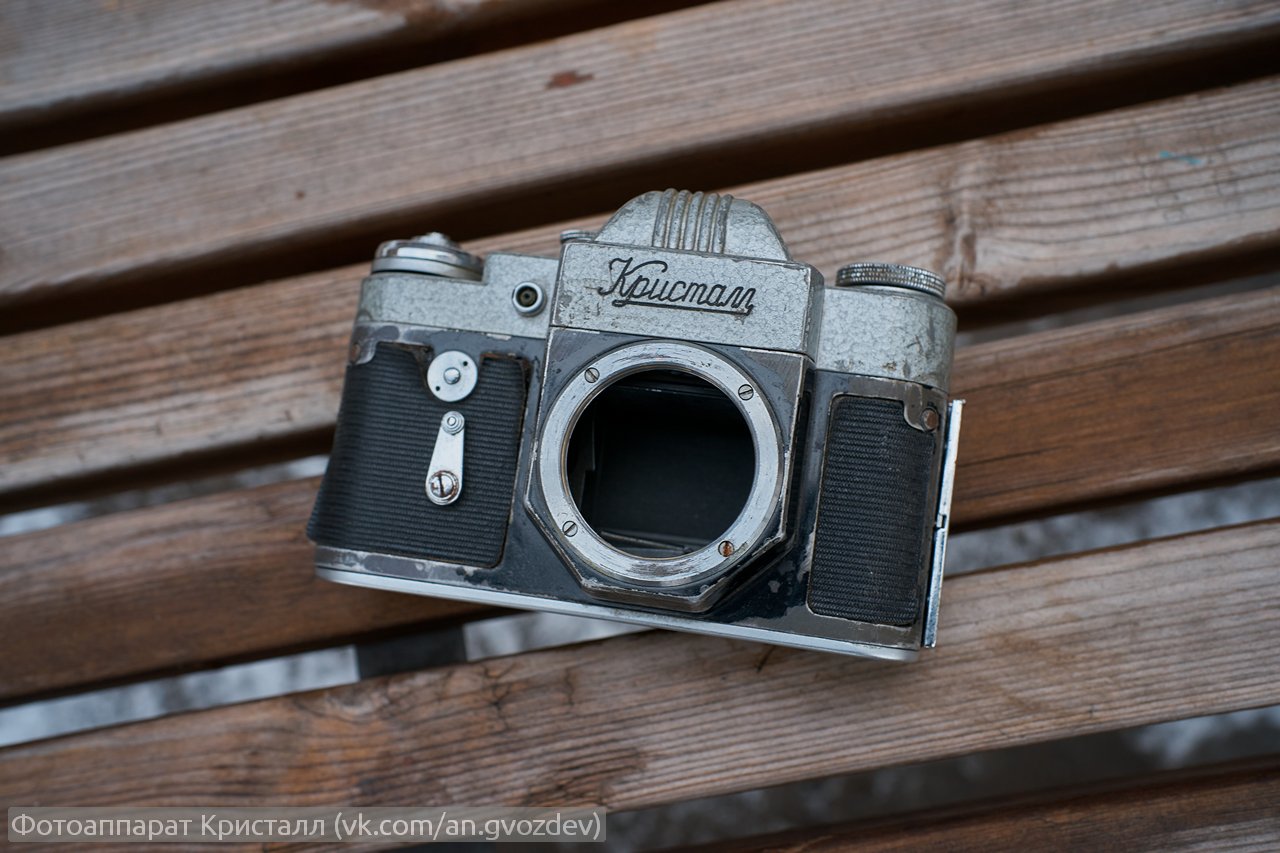 Crystal is an interesting and original camera of the early sixties of the past century. Fully mechanical camera with curtain shutter. Many of the innovations that have been applied to this camera have found their further application in later releases. The camera from the review with the serial number 61023967. According to the catalog of 1200 cameras of the USSR it belongs to “Crystal Issue 2 ″ 1961-1962 :

More than 65000 copies were produced. Peculiarities: 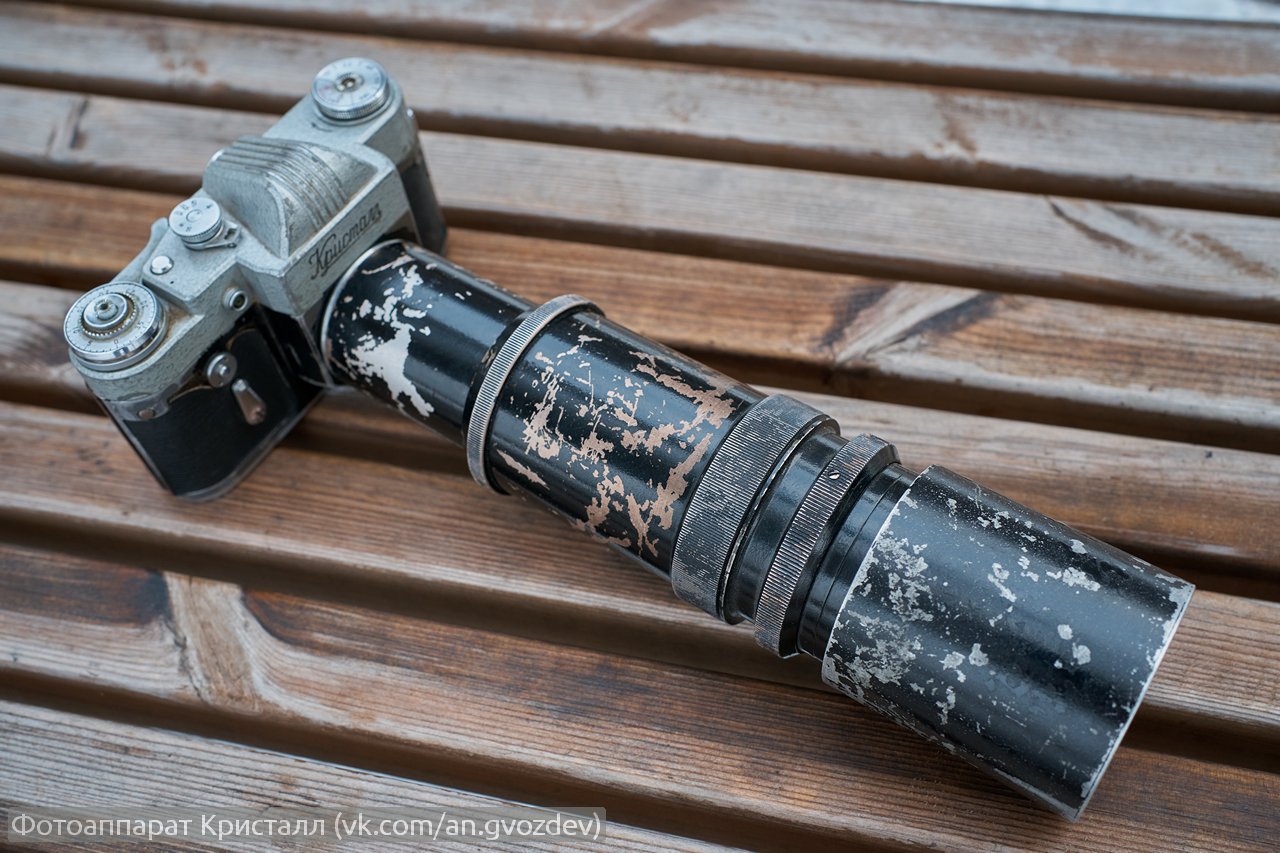 The chambers were numbered by year. The camera went to the collection with a lens I-51 210 / 4,5used for shooting sports events. 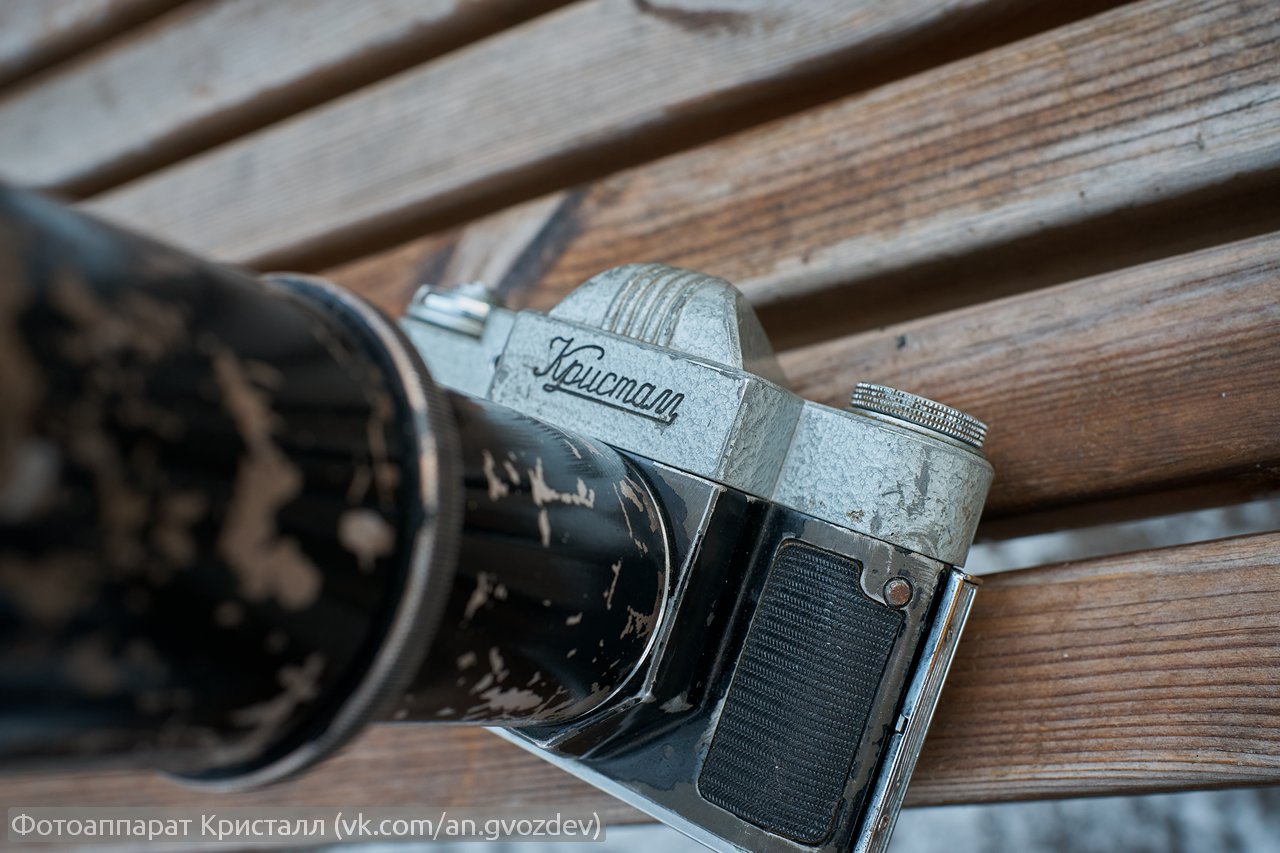 By the way, it was a revelation for me that in Soviet times, lenses were converted from large to small format, and even kits for this were produced.