I regularly shoot for any old junk, and often come across the fact that ... not everything is bad

As an example, I did a photo shoot with a Canon 7D and a 44 Helios 1984M lens mounted through an M42-Canon EF adapter. Ancient optics versus a 2009 camera. Such a bundle, in fact - a 12 year old camera and a 37 year old lens. But even more ancient lenses are now finding their owners and jobs. So are the cameras. 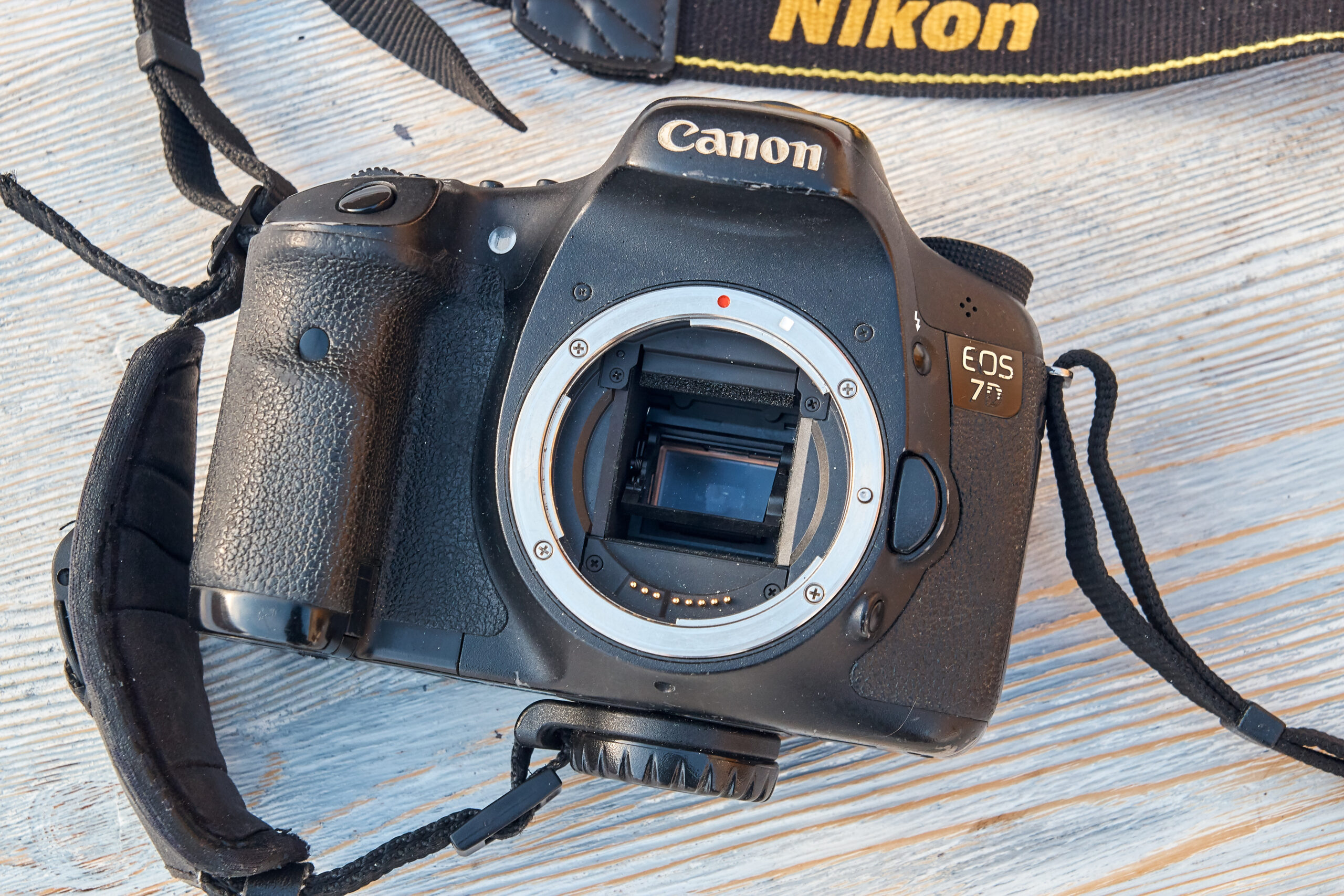 The Canon 7D camera in 2022 is still quite good for shooting on manual glasses - it has good working ISOs even by modern standards, and it also has a focusing mode on the screen (Liveview), with a picture enlargement. To simplify my work, on older Canon, from the list of supported cameras, I additionally install Magic Lantern. With its help, the camera acquires new functions. When working with manual optics, Focus Peaking and picture enlargement help well. By default, the Canon 7D only has a zoom function, but it is not very convenient, as you have to constantly switch between the normal image for cropping and zoom in for accurate focusing. 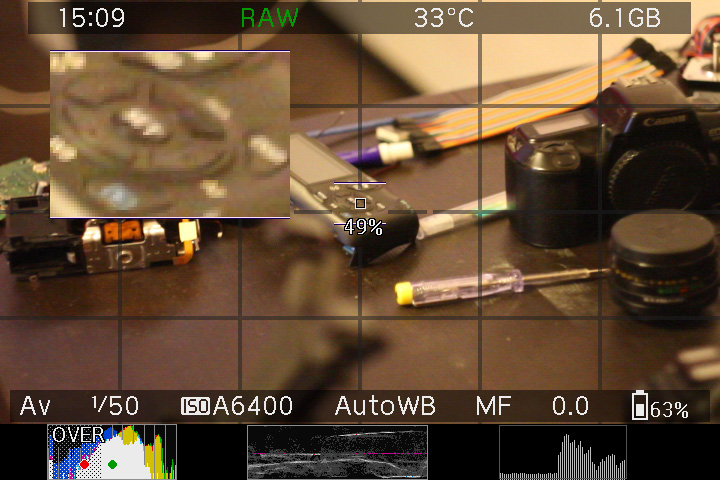 The lens, on the other hand, is often criticized for being unsharp, does not tolerate back and side light, losing contrast, and is generally inconvenient compared to modern autofocus lenses. I understand these people, because if there is an opportunity to shoot with top-end autofocus optics, then any game like "Helios" has not rested anywhere. However, these lenses are now the most balanced optics in terms of price and quality. 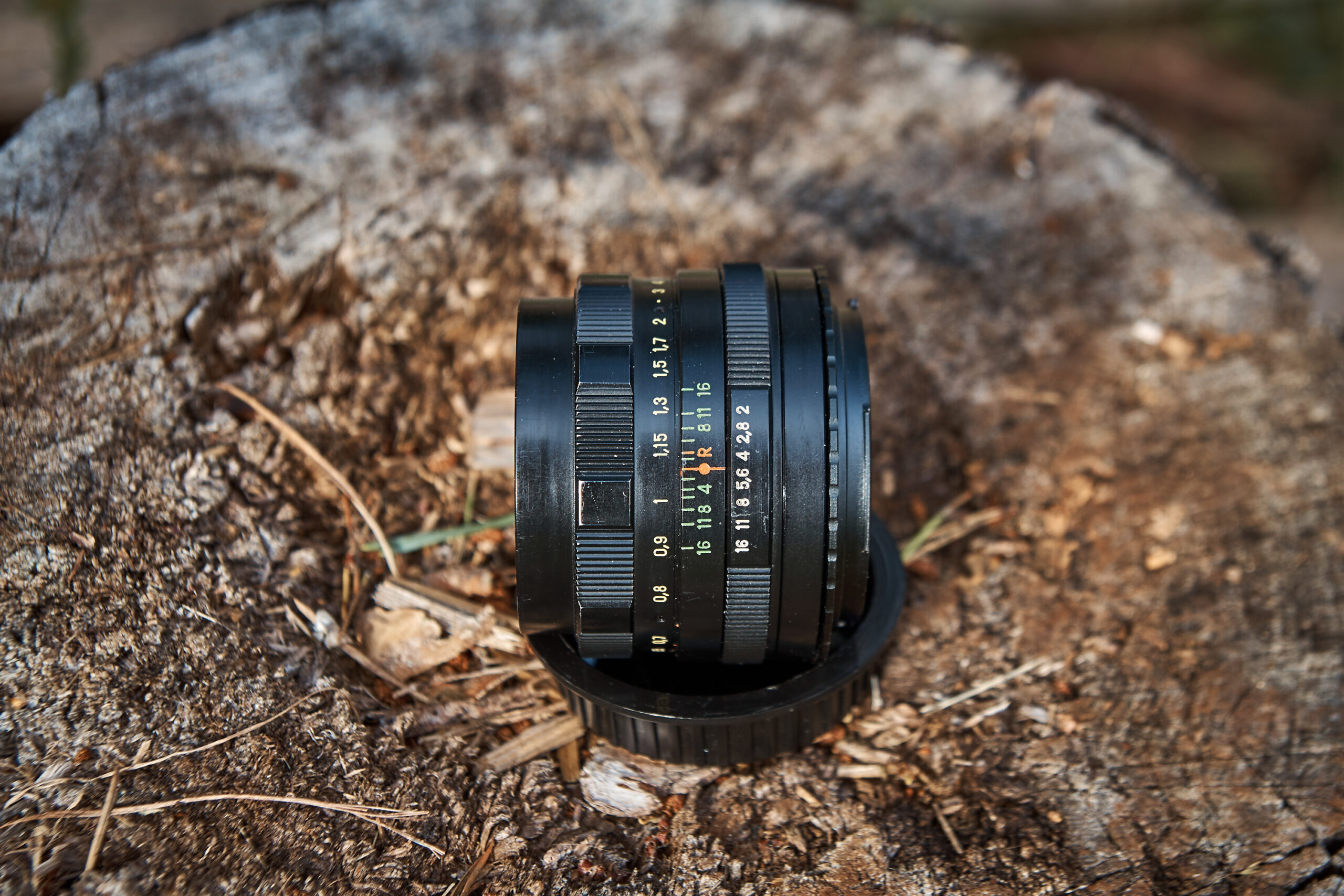 So, one summer evening, I decided to shoot in the countryside. The weather was just right. At around 20.00 everything was ready, and it was less than 40 minutes before sunset. At this time, the sun is so low above the horizon that its rays create an interesting and indescribable atmosphere, and the light in which portraits are best obtained. This time is called the "golden hour". While they were going, in addition, the sun went down behind a cloud and a huge diffuser turned out.

There was no need to find a place, the shooting was not in the city, but outside the city - everything was overgrown. A track was found, and it was actually filmed on it. Summer, warmth, grass. During the golden hour, the magic of the environment lies in the fact that everything that is illuminated by the sun has warm shades, and everything that is not grows colder by the minute. The background already has a drop in temperature, and due to this, more emphasis is created on the portrait. For 20 minutes of shooting, we managed to fool around and shoot a lot.

If I had a newer and better camera, would I have been able to shoot better? Of course. First of all, it would be more convenient to think less and concentrate more on working with the model. The processing of these frames took no more than 20 minutes. No photoshop, just a colorizer. The result suited me. There was very little marriage. Although shooting with old optics requires some skill, you should not completely write off old equipment.

In fact, the old crop can do everything that it could at the time of release. For him, in this regard, nothing has changed. However, progress did not stand still, and modern cameras can already do much more. 4K, panorama stitching, more accurate colors and rate of fire, all sorts of wireless chips. If you put the cameras of the release 10 years ago and the modern one next to each other, then there is an abyss between them.

But it’s not a technician who shoots, but a photographer.