What are the modes of operation of the camera

Camera Modes are manual and semi-automatic camera programs that allow the photographer to use the camera's resources as efficiently as possible. From the technical point of view, in all work programs, the camera is always guided by the principle of interchangeability of exposure parameters.

In the "green zone" modes, most of the camera parameters are inaccessible for editing, and the camera operates according to the program laid down in it, with the lowest possible settings available to the user. The well-known phrase "In the green zone, the camera works at 30 percent of its capabilities" appeared for a reason - despite the availability of the DLC menu in scenario modes, often the image quality in them does not cause any admiration, since the camera program itself, without the possibility of adjustment, far from ideal.

Switching modes is done by rotating the main control dial of the camera. The disc has pictograms corresponding to the mode.

There are several green zone modes on Canon DSLR cameras:

You can use these modes at the very beginning of your photographic journey, they are well described in the names of the modes themselves, or you can try to figure out the camera settings and start taking technically better pictures. 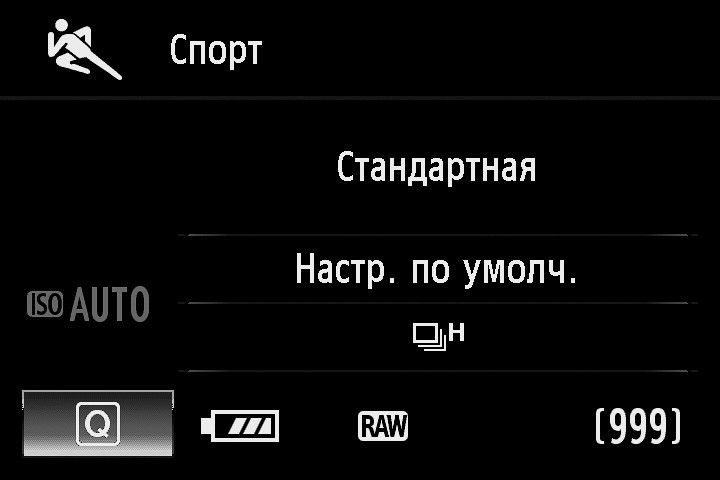 Manual and semi-automatic modes of the camera are also programs included in the camera. Unlike scenario modes, they have bоa greater number of controllable parameters, and are used, due to this, in a variety of photography conditions. There are few such modes:

A number of modern cameras also have camera modes in which all user-set parameters (Custom, C1, C2, C3) are saved.

In this mode, the photographer can change the diameter of the aperture lens... The camera adjusts the required shutter speed based on the current aperture value. This mode is usually used to control the depth of field in the resulting image. For example, when shooting portraits.

On most Canon DSLR cameras, Aperture Priority mode is convenient for manual optics. 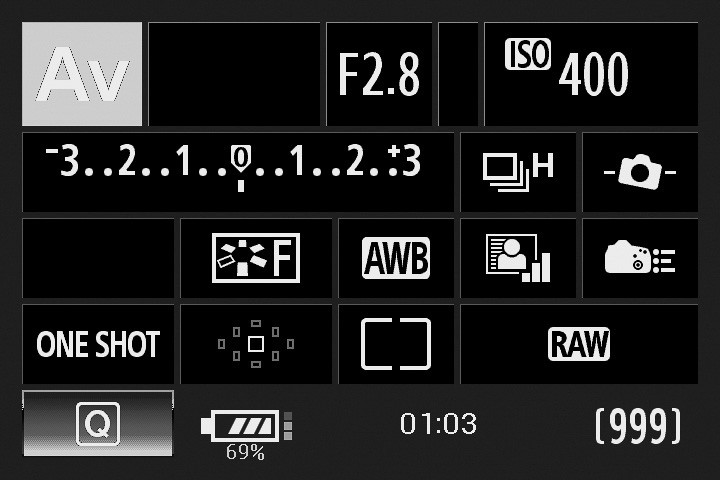 In this mode, the camera adjusts the aperture value based on the shutter speed set by the photographer. It can be used, for example, when shooting fast moving objects (birds, cars, and so on), or vice versa, if necessary, open it for a long time. gate (shooting the starry sky from a tripod). Also shutter priority used in dynamic lighting conditions, and when there is no need (or opportunity) to think about the depth of field. 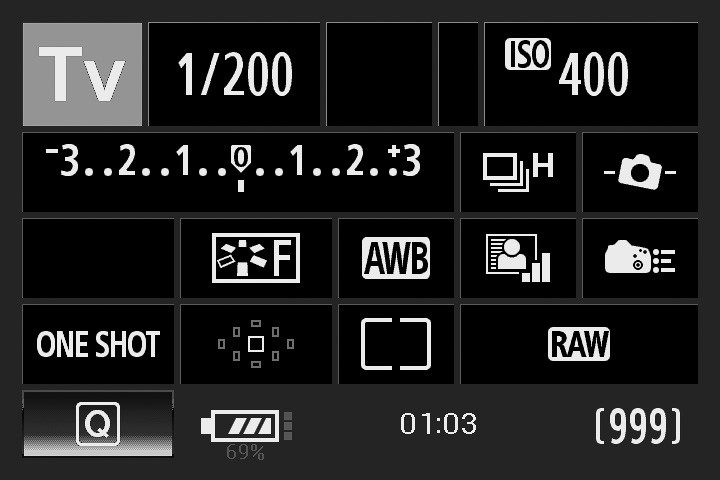 In a programmed machine, the camera works almost like in automatic mode. The difference is that there is a possibility of changing the combination of the exposure pair, setting the exposure metering parameters, and photosensitivity. Exposure compensation input is also available.

The program machine can be inconvenient in that the camera position often differs from the user’s position: when shooting, for example, moving objects, the automation often sets the exposure one to three stops lower than necessary, since the calculation is based on lighting data, and not happening around :)

The software machine, in principle, allows you to make good shots. 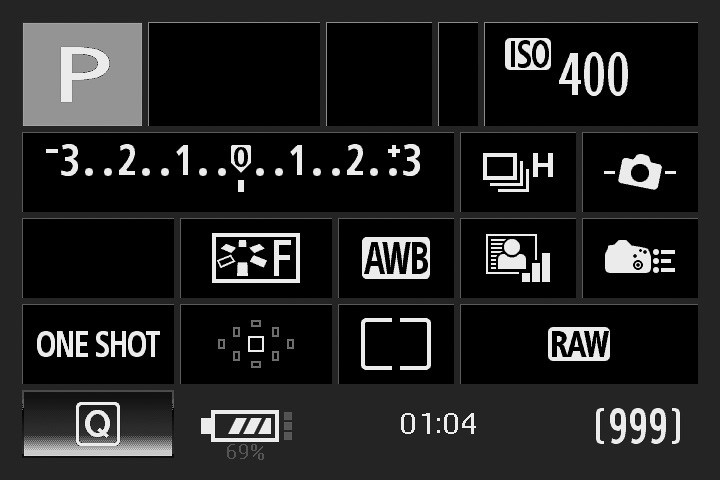 In the manual mode of the camera, the photographer can play with the settings as he needs - you can change the shutter speed, aperture, metering mode, light sensitivity of the matrix, exposure compensation, and others. The camera only displays the readings of the exposure meter.

Manual mode is typically used in difficult electronics environments. For example, when all possible exposure metering methods do not bring the desired result, or you need to shoot a moving subject with a very shallow depth of field. Well, or at night shooting. 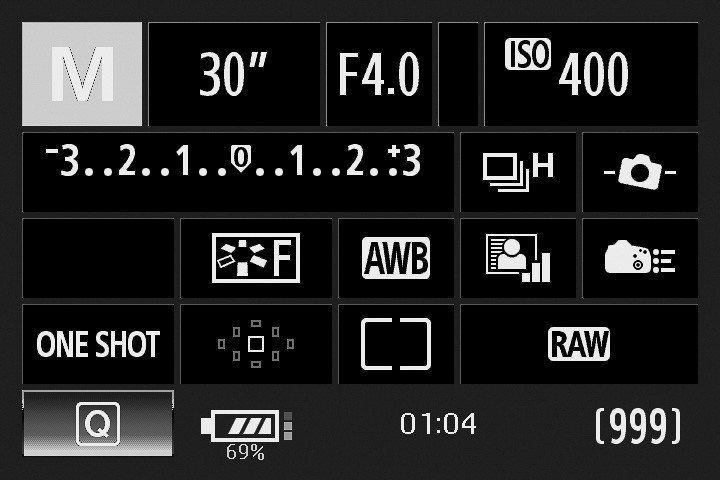 Freehand (BULB) Mode - Control Mode gateohm camera manually. Used, for example, when shooting a starry sky, or in other situations where manual control is necessary gateohm. In this mode gate opens by pressing the shutter button and closes when released. Previously, in film cameras, this mode was used to work with non-synchronized flash lamps, hence the name - BULB (lamp). 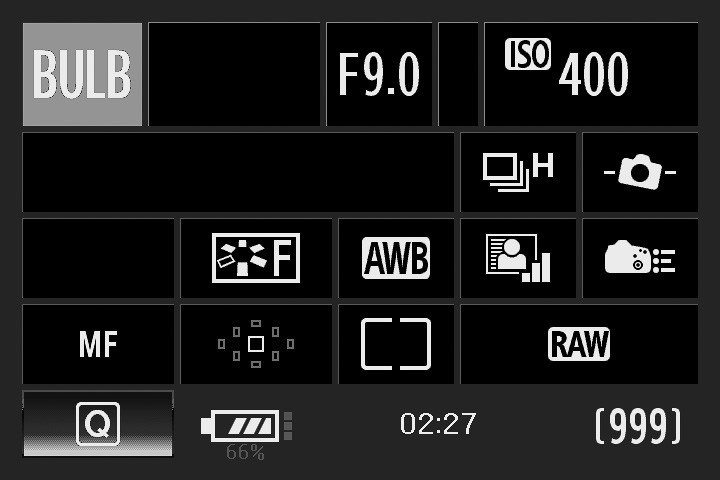 A-DEP - depth of field control mode. The user has a button on the body of the camera (as a rule, this is a button DOF) indicates the points "from where" and "to where" for setting the depth of field, and the camera already "adjusts" the parameters of the exposure pair. The mode is found in Canon EOS Digital SLR cameras. Exposure compensation is also available in this mode.

TAv - exposure priority mode. In it, the camera selects the required light sensitivity of the matrix based on the exposure parameters set by the user /

Sv and TAv modes are found in Pentax cameras. In Canon and Nikon, they are not used, since there is a possibility of automatic sensitivity adjustment (parameter Auto ISO) in any of the semi-automatic modes.

Which camera modes to use

As you may have understood, there are no universal modes. The most versatile mode is the photographer's experience. And experience, as you know, comes through the study of theory and practice. However, with an accuracy of 146 percent, I can assure you that after leaving the "green zone", and after a little practice, you will subsequently want to re-shoot everything that you "filmed" on the machine.

Ask questions in the comments.