I don’t even know whether to rejoice or grieve - for three hours of waiting, the squirrel didn't come. I had to shoot flowers and unsuspecting people. However, with such dimensions on the neck, it is impossible to go unnoticed - several times people approached and asked to take a picture of them. Wedding season, everything. And somehow I didn’t have the desire to take them off, so I specifically avoided crowds of people. It was hot today, and it is best to be on the Cathedral Hill - it blows perfectly with a fresh breeze from the river, and you can relax, contemplating how people work. Renovation of the embankment is in full swing, so far it looks promising.

The first campaign for a squirrel was in 2013 seems to be - then it was filmed at its native zenith and the squirrel, nevertheless, came in the evening. It was then that I found out that such a contraption in my hands arouses genuine interest among fellow citizens) 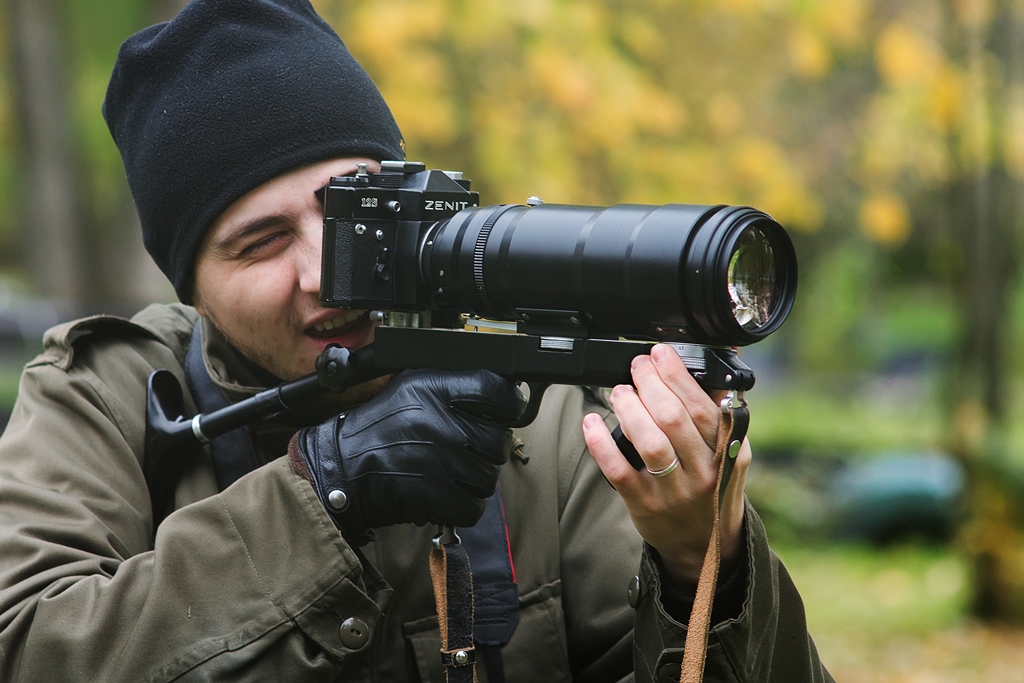 4 comments on “Walk with Tahir, results”