Sony introduced this whale lens with the a7C. Most likely he will replace the lens FE 28-70mm F3.5-5.6 OSS , which has undoubted advantages over it. And, although I personally find it difficult to be delighted with any dark whale glass, nevertheless, I was very pleasantly surprised by the optical characteristics of the lens.

In the retracted position, the length of the FE 28-60mm is only 45mm, which is significantly less than the 83mm of the 28-70mm. It also weighs just 167g, which is significantly less than the 295g of the 28-70mm. This highlights the focus of the lens on portability. The lens has a diameter of 66,5mm, but due to the retractable inner part, the filter size is a very strange 40,5mm. To be honest, I've never seen new lenses with a filter of this size before, so I was surprised to find them. They are pretty cheap. 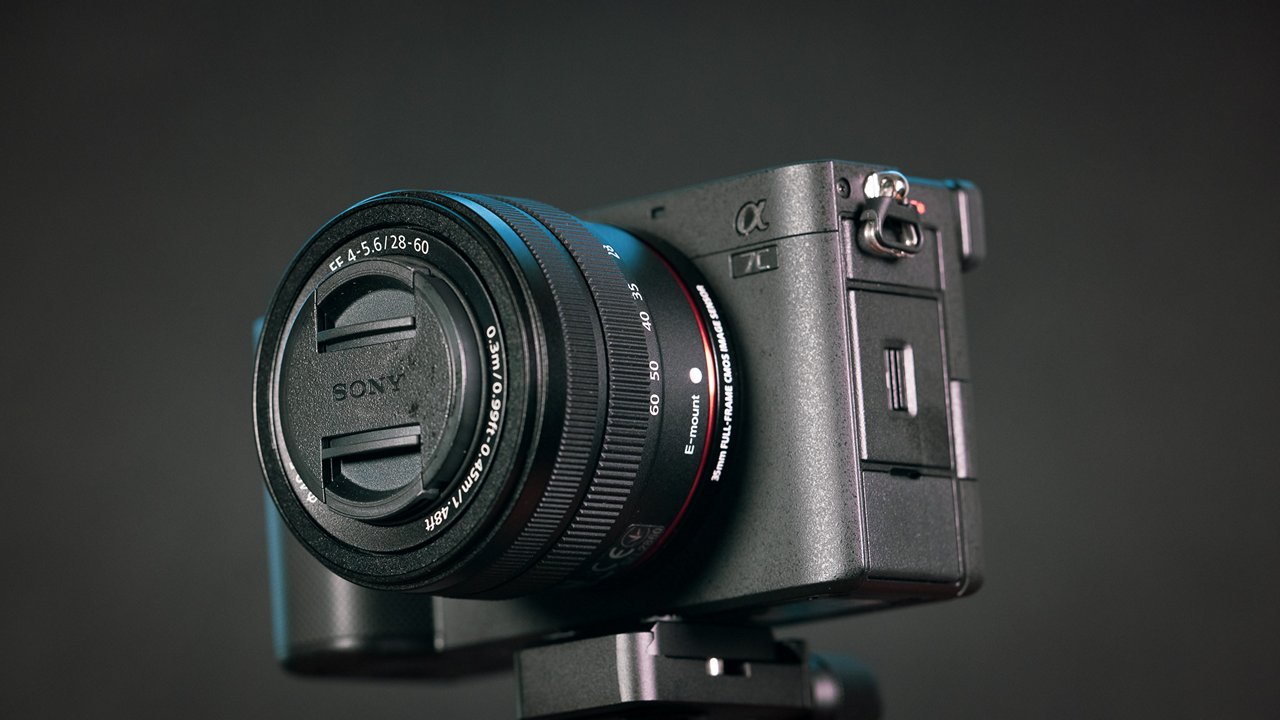 Sony decided not to include an OSS stub in the new lens, probably due to the fact that most of the latest cameras have in-camera stabilization - when the 28-70mm was released, mirrorless ones didn't have it. Since I was testing the a7C camera which has IBIS, I didn't notice the lack of a stub in the lens at all. The retractable design locks into position beyond 28mm while the lens tells the camera that it is in the retracted state. The camera does not allow you to take pictures. 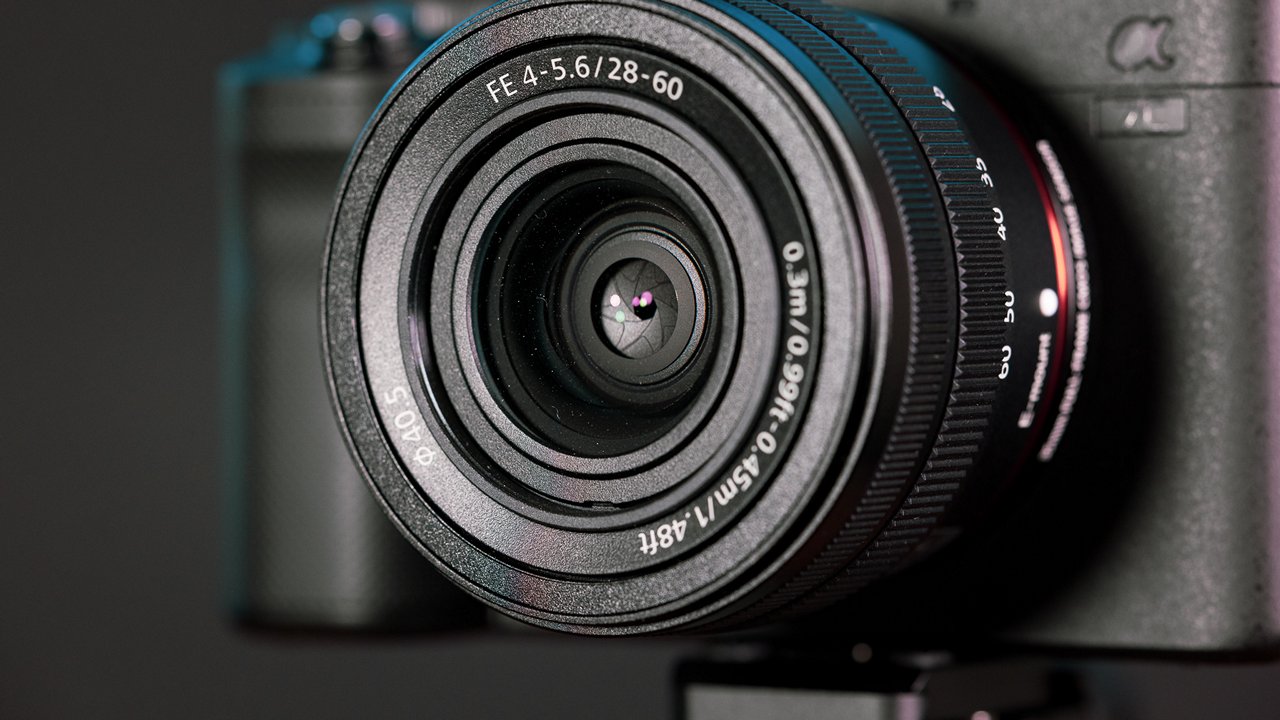 The design is quite simple - there are no bells and whistles. The length of the lens varies depending on the focal length. There is very little difference in resistance when turning the zoom ring near the parking point, and the zoom ring itself is not very smooth. A common occurrence for a whale lens.

The maximum aperture depends on the focal length.

This is not a "fast" lens. The manual focus ring is quite narrow and will be hard to find apart from the zoom ring if you're wearing gloves. The damping is very light, but everything turns smoothly. Focus appears to be linear and works fine, although without tactile feedback due to "non-contact focusing". Some Sony lenses do a good job of emulating manual focus, but this one is not one of them. 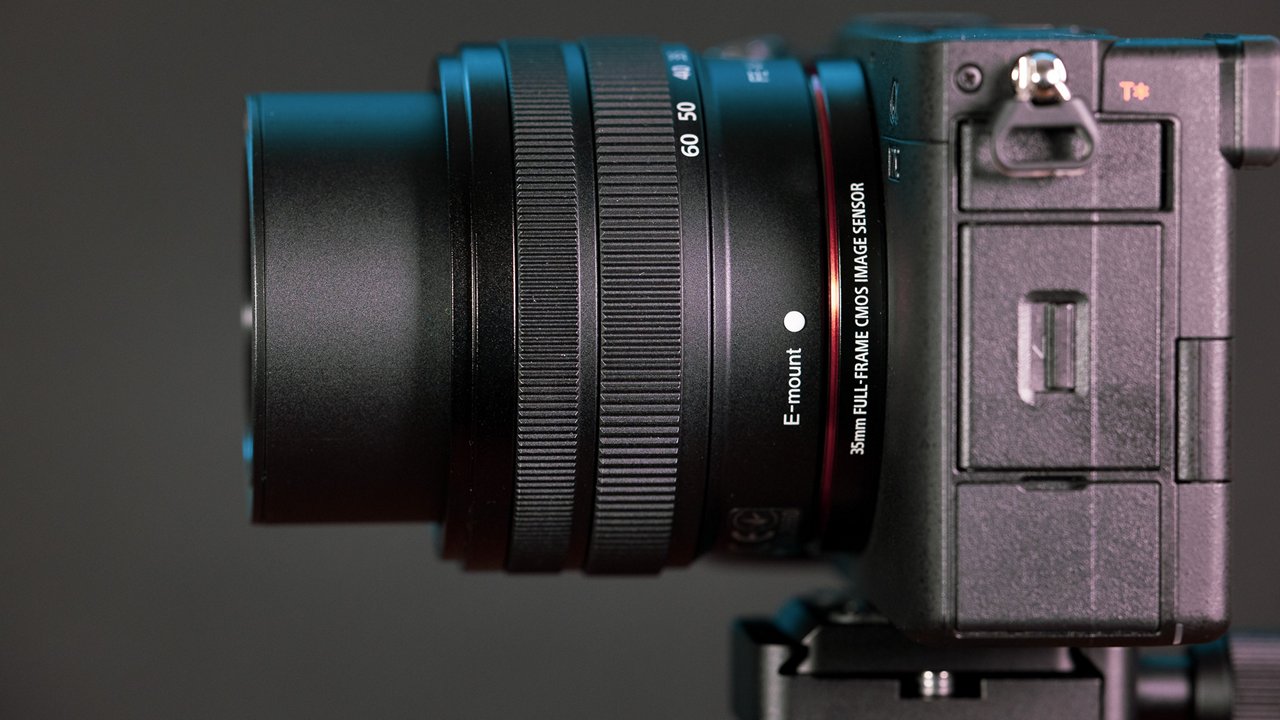 On a positive note, the lens is dust and moisture resistant. Otherwise, the build is very similar to the previous kit lens, and the $498 price tag seems a little high based solely on build and first impressions. It looks more like a $200 lens. But it's what's inside that makes it so valuable. 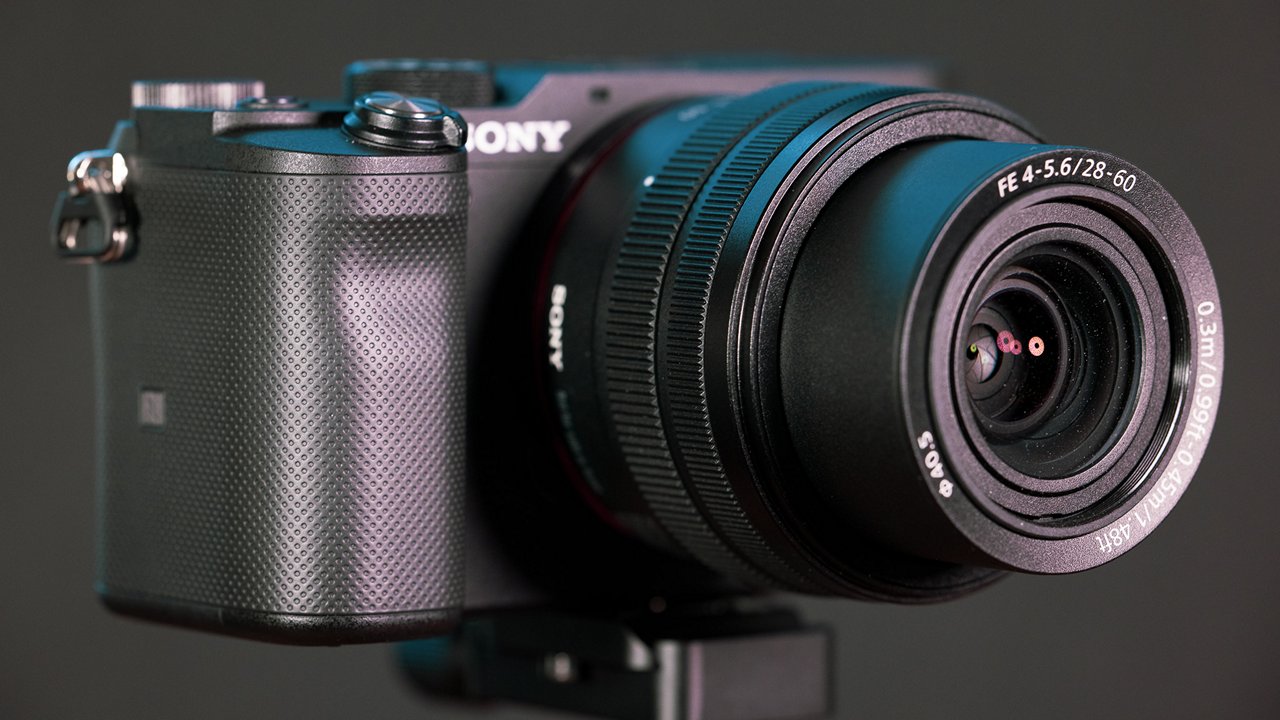 The FE 28-60mm uses linear focus motors so autofocus is fast, quiet and accurate. This lens does a good job of focusing during movie shooting, producing quiet and smooth performance, helped by the fact that the depth of field is never shallow at apertures from f/4. 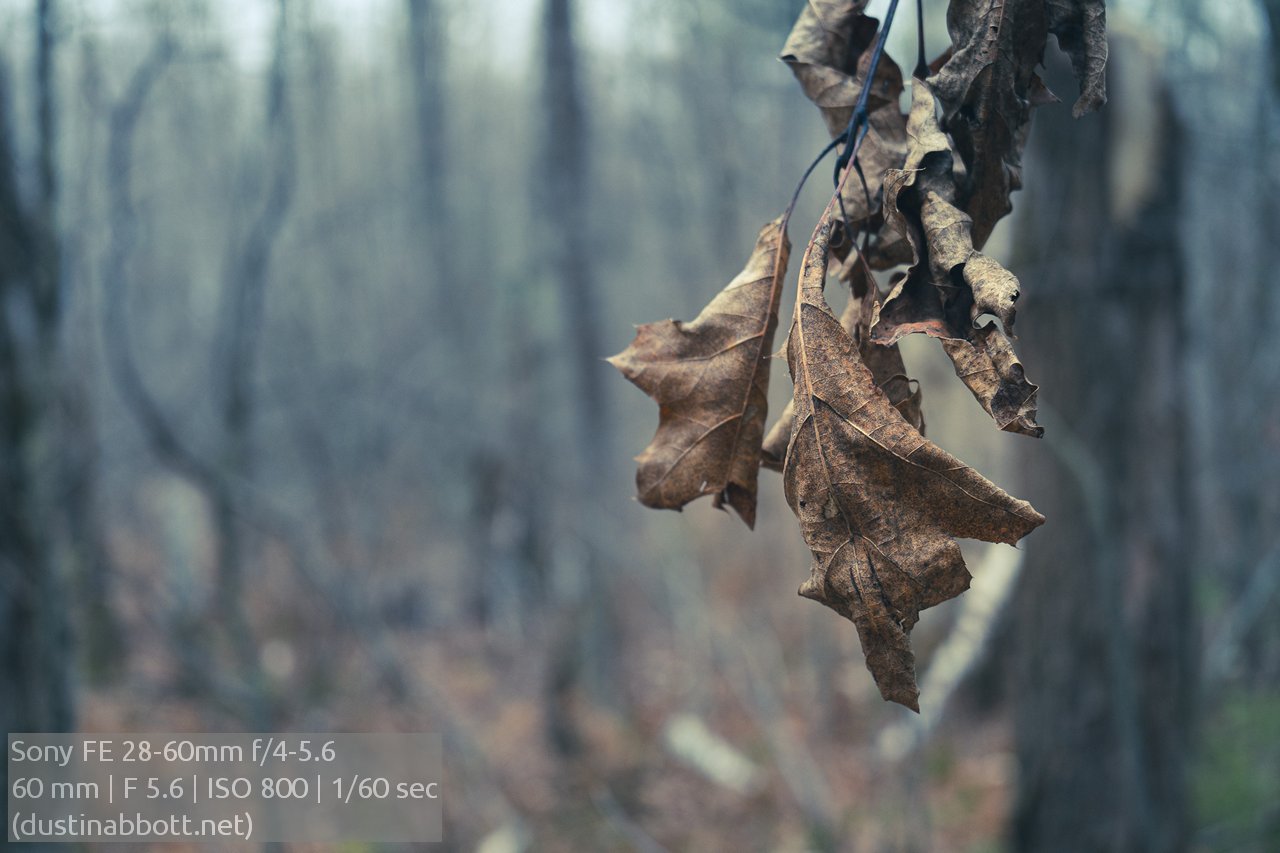 However, what impressed me the most was the optical performance. Even despite the strong barrel distortion and a rather strong, but correctable, vignette (28mm). At 60mm, the lens has virtually no distortion. 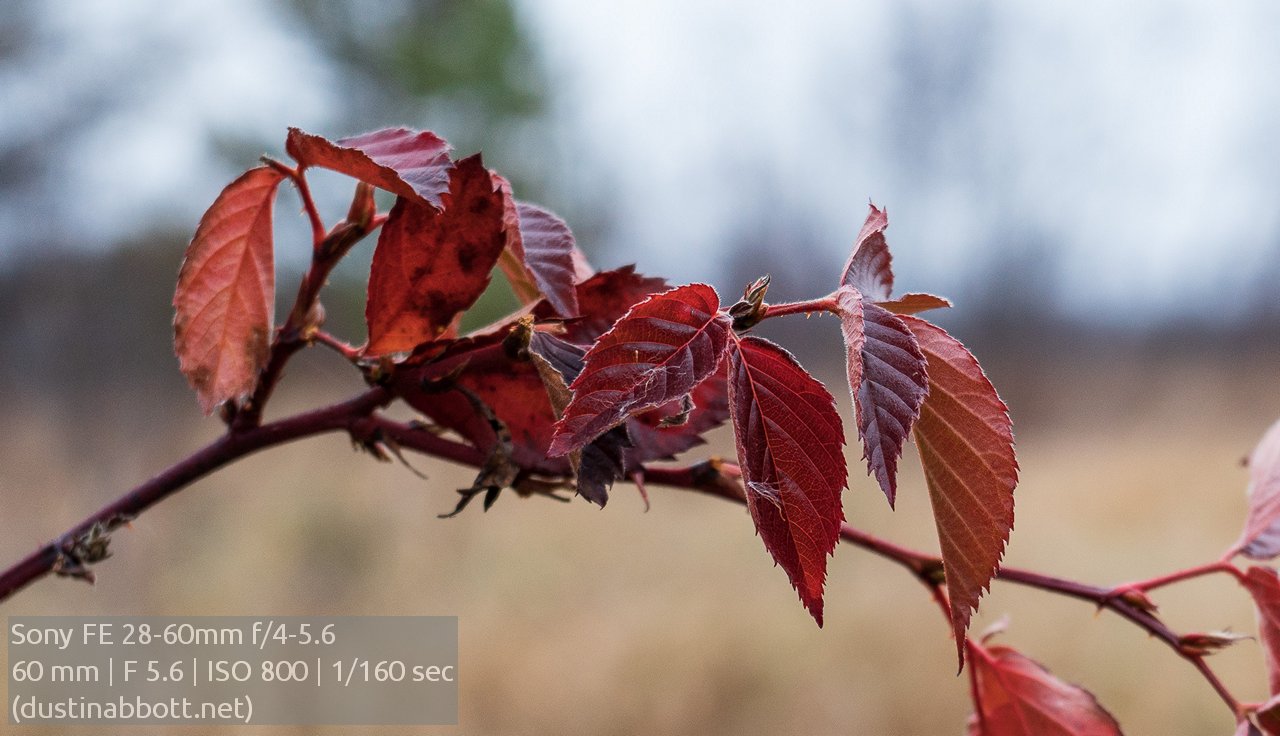 At 28mm FE 28-60mm is very sharp already open. It has a high level of contrast, excellent detail and a consistently good image across the frame. There is also no evidence of lateral chromatic aberration, which would make it suitable for landscape photography. Detail and contrast are very high. 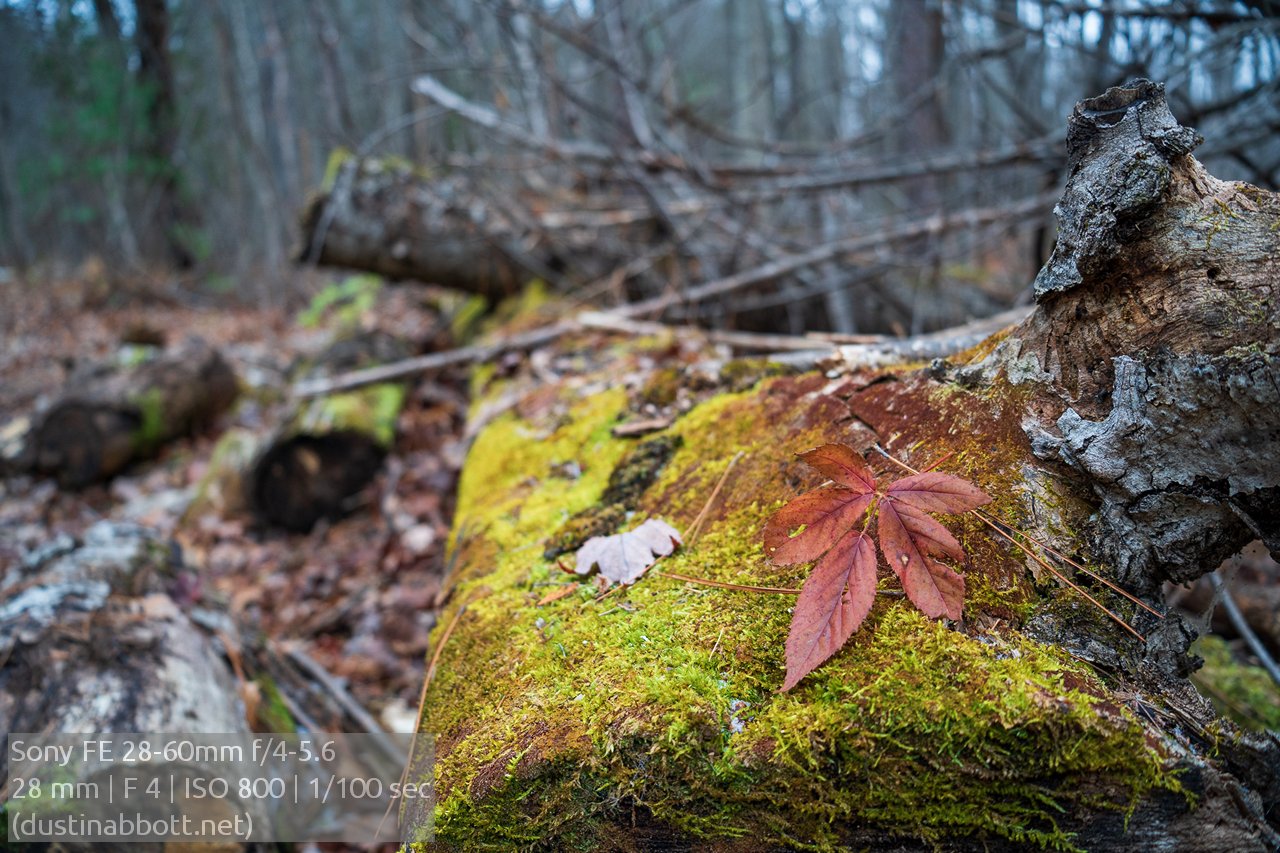 Stopping the aperture will give a slight increase in contrast. The minimum aperture is F22, and while the contrast is a little less and details aren't as crisp, diffraction doesn't do much damage due to the a7C's low resolution. 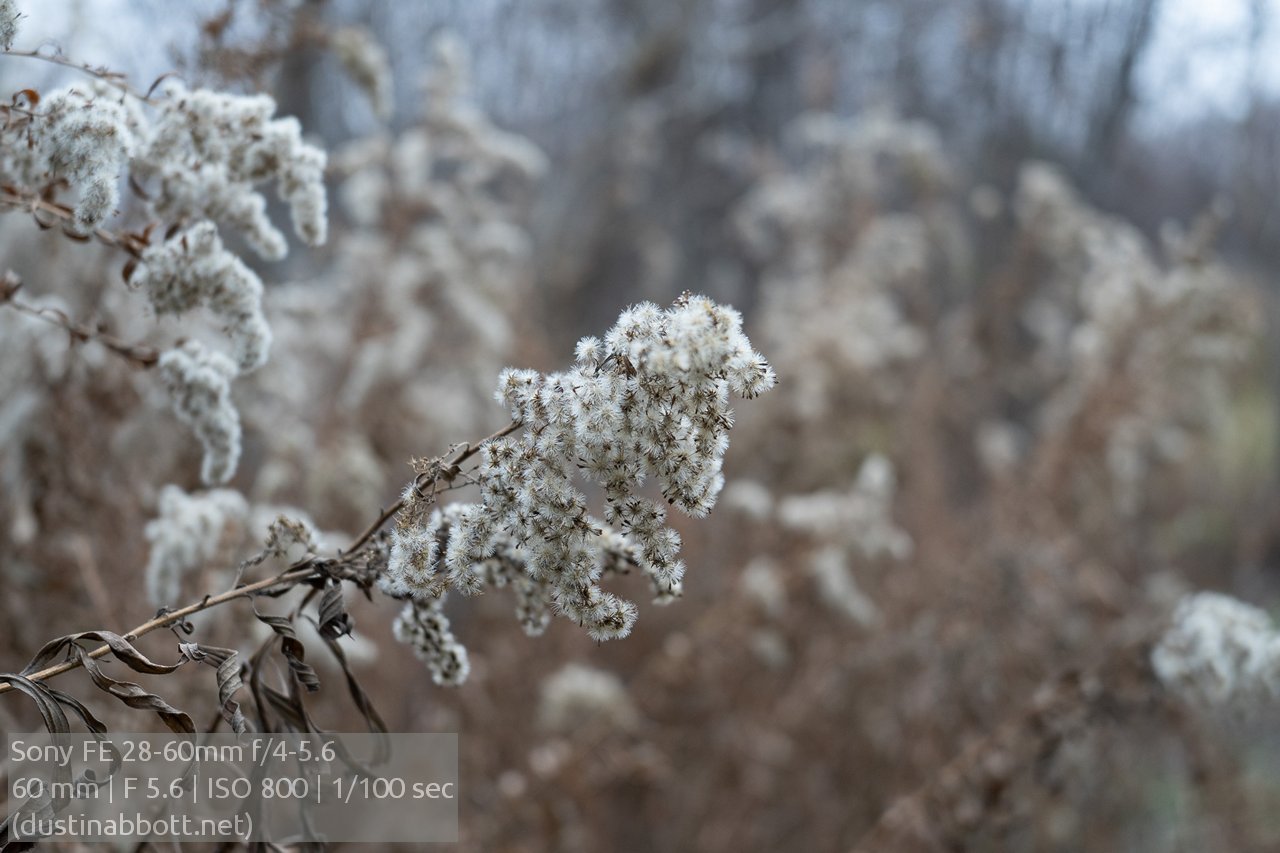 At 40mm, quality is excellent, with very good levels of contrast and detail across the frame, and a slight improvement at smaller apertures. F8 is the aperture value for maximum sharpness and quality across the frame. Even the far-end bokeh is pretty decent, though there may be situations where background blur isn't enough. The minimum focusing distance is 30 cm.

The flare resistance of this little lens is impressive (it comes without a lens hood) - you can shoot directly into the sun with negligible loss of contrast, ghosting and flare.

All in all, this is an optically impressive little lens and I must say that it exceeded my expectations in almost every way. I was very pleasantly surprised by the rather premium image quality in this cheap case. I usually wouldn't advise people to buy a kit lens separately, but this is a really good option for a compact.