After recently purchasing a Pentax 6×7, I already had a trip planned. In total, I had 4 days to shoot, and this is how it went.

First, compared to my Hasselblad 500CM, the Pentax 6×7 is a huge beast and heck, it weighs 2,6kg in fact. To be honest, weight has never been a problem for me, but walking around with it all day is harder.

I was given a lot of advice on shooting with the Pentax 6x7 before I bought it, and I took it all into account. After researching the available models, I chose an early TTL version. Why? Well, I don't use a light meter, so TTL seemed to be the most suitable for me. Secondly, I like the early models with a retro wooden handle. This handle adds an element of brutality to an already good look, while also providing extra grip when needed. 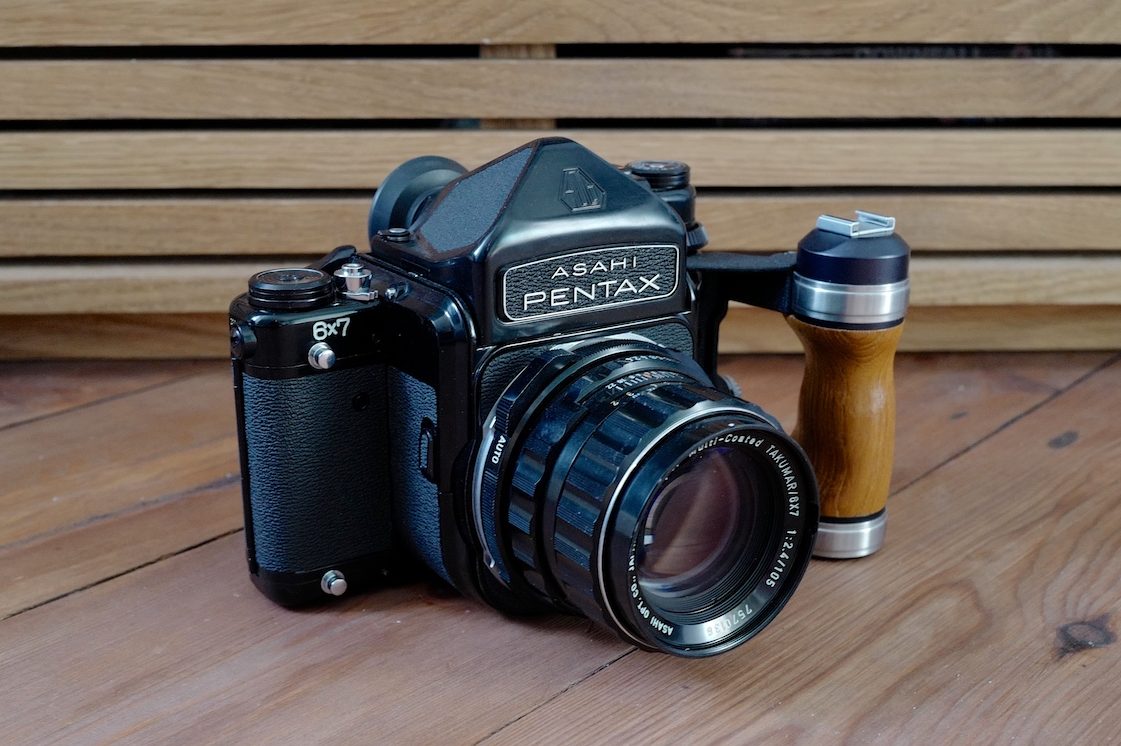 First, I looked through the usual online channels, including a well-known auction site, but found nothing. The range and quality from Japan was mind blowing. Without a doubt, this is the best place to get a great machine.

I struggled to find a complete kit, i.e. body and lens together. I wanted an SMC 105mm f/2.4 plus no haze, no dust, etc. I finally found it and it looked like it had just been taken out of the box. Overall, in my opinion, I found the best example of both the camera and the lens.

So, this was the trip I once planned. To some extent, I already had thoughts that I wanted to shoot. After reviewing images from the Asahi Pentax 6x7 online before the trip, it was clear that the larger format did add something extra, and the 105mm lens was deadly sharp. But it wasn't until I started filming that I really realized how good he was.

The trip itself was connected with the project that I came up with - the Four Points project. I went to the furthest four spots on the UK mainland to capture everything I saw. Armed with all my kit, I soon found myself looking for shots that I felt were better suited to 6x7 more than my Hessel or Leica M6. Mainly because it was a new camera for me and I needed the experience of seeing how it actually works.

I made mistakes and it was largely due to my inexperience with the camera and its functionality. Everyone makes mistakes, but you learn from them.

A lot of cameras have a rewind button on the bottom or side of the camera that you use to rewind the film. The Pentax, as a 120 format camera, was a little different. I'm sure many of you know about this, but I didn't. After you have shot the 10th frame, you continue to wind the film further, and it is completely wound on the take-up spool. Then you open the lid and you're done. I opened the lid before. Fortunately, when I developed the film, only two frames lit up. I won't do it again.

The pictures I took on the trip were very varied. Ever-changing landscapes, scenes, constant weather and lighting conditions, but the Pentax 6×7 proved to be the right camera for these scenes.

Any old mechanical camera of this age and size will no doubt have a certain feeling really associated with it. For example, the magnificent mechanical sound of the shutter, which attracted me so much. Don't get me wrong, the Hasel's shutter sound is killer too, but the Pentax 6x7 seems to be on another level.

I've been shooting with the Pentax 6x7 for several months now and it has become my go-to camera for work. This is a killer camera.