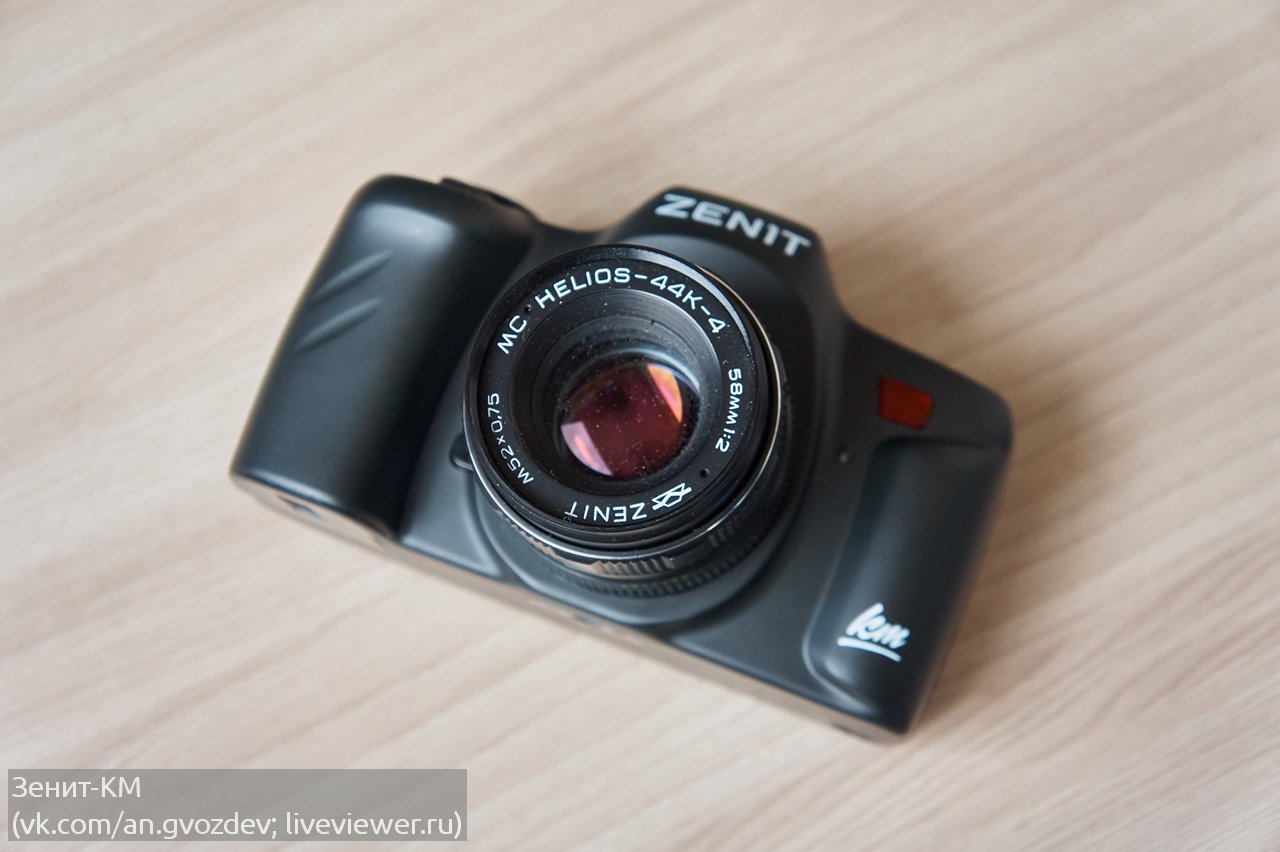 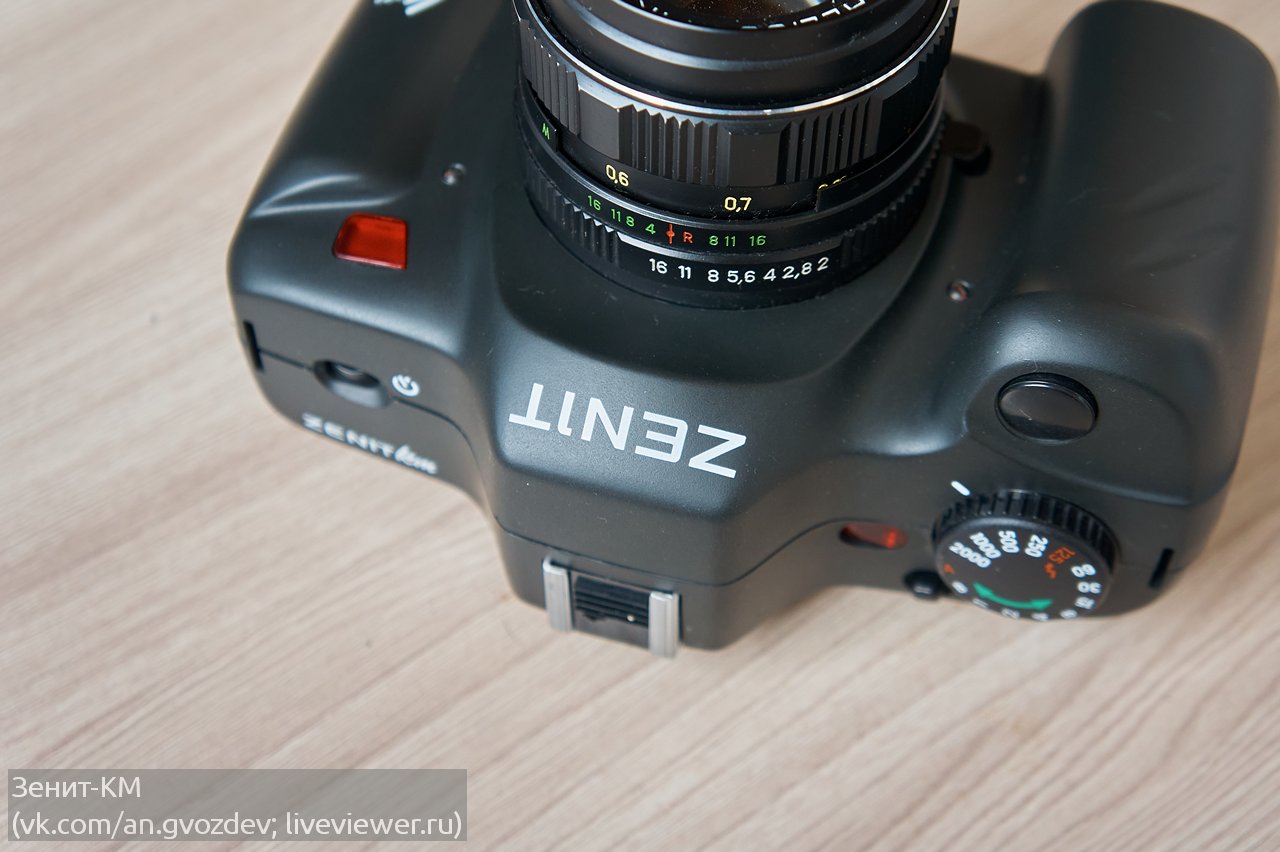 The camera's mode dial allows you to manually set the shutter speed from 1/2000 to 1 second. When the shutter button is pressed, the optimal aperture is selected by the photographer by the glow of the LEDs (in the field of view of the viewfinder). The glow of the upper or lower LED in red means there is a lot of light - there is little light, the glow of the middle LED in green means normal exposure. 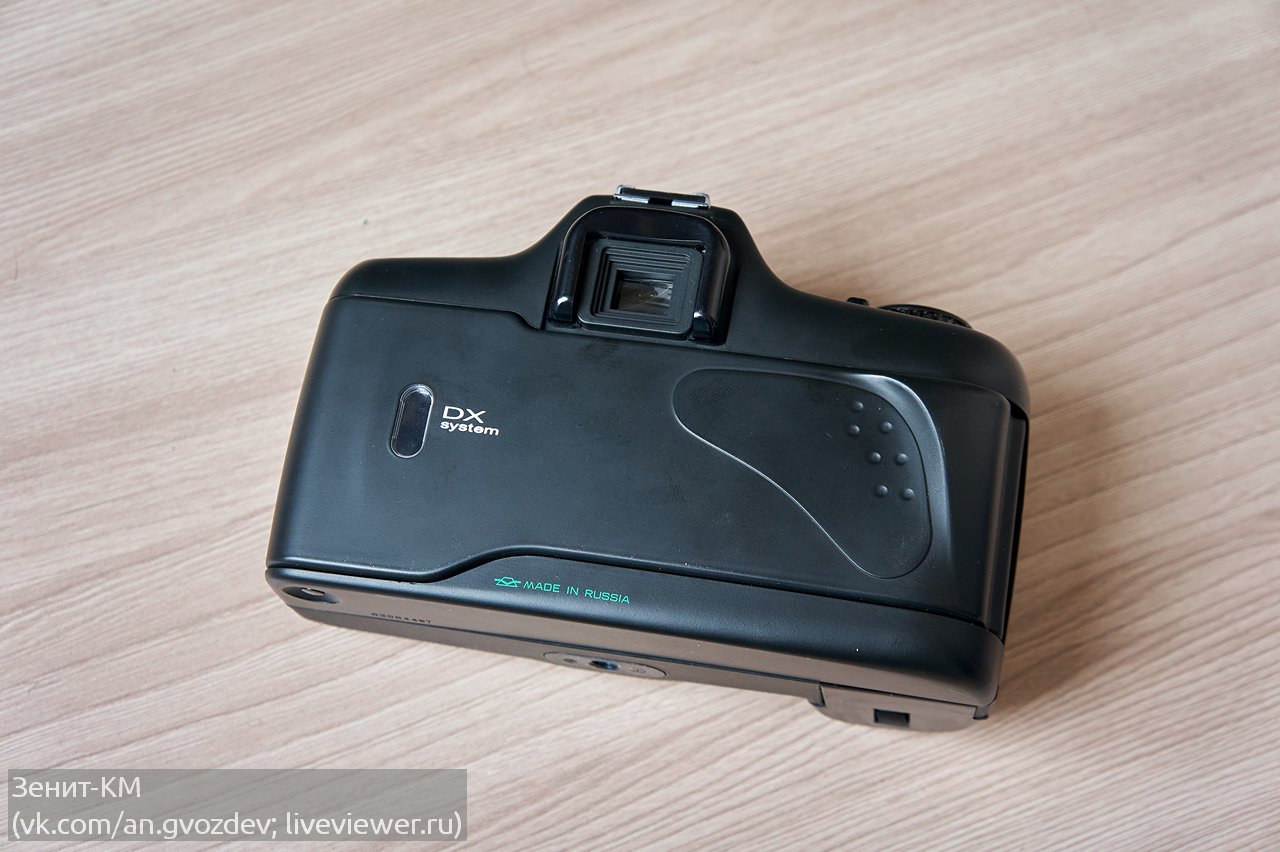 Dial position "B" - exposure by hand.
When shooting with a flash (with center sync contact), 1/125 second (sync speed) is set. 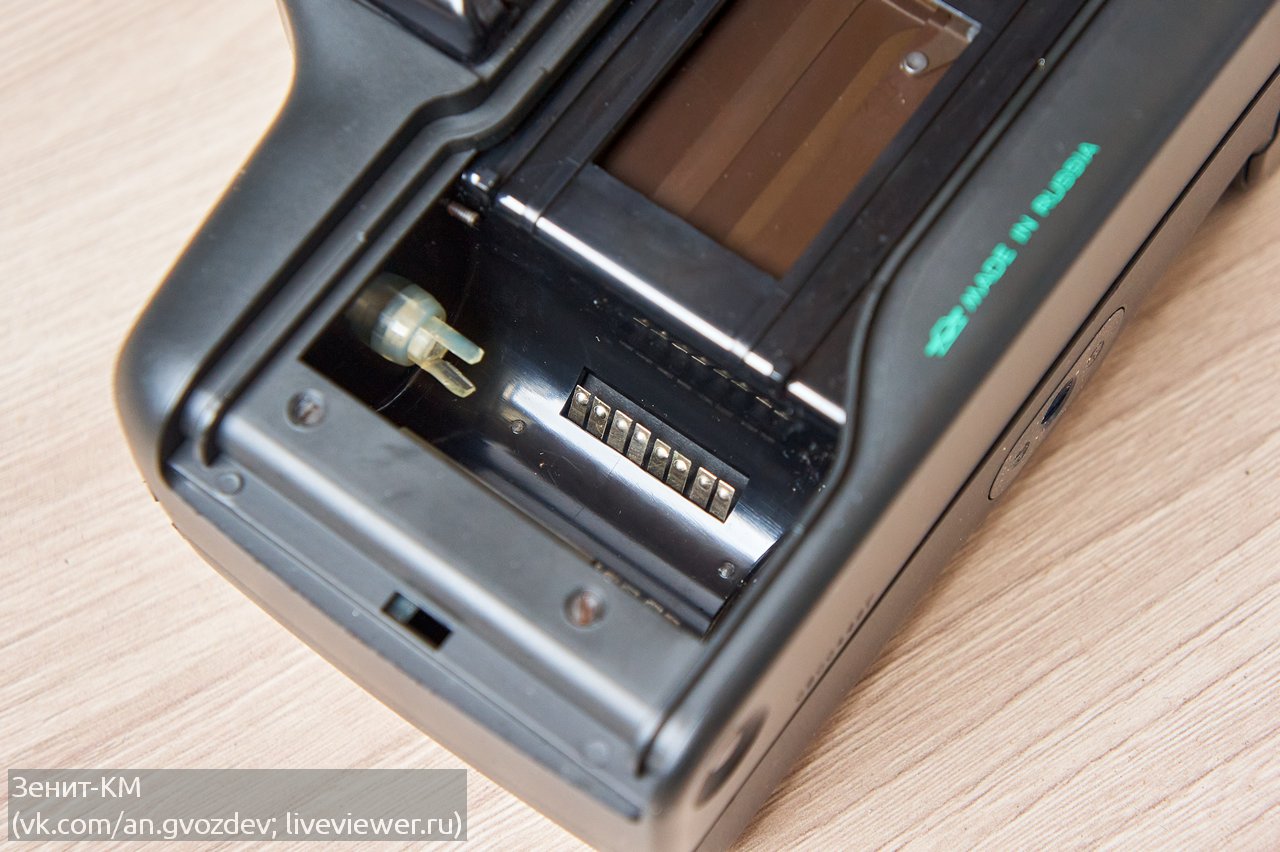 When the mode dial of the camera is set to position “A”, the shutter speed is automatically set in the range from 1/2000 to 16 seconds. 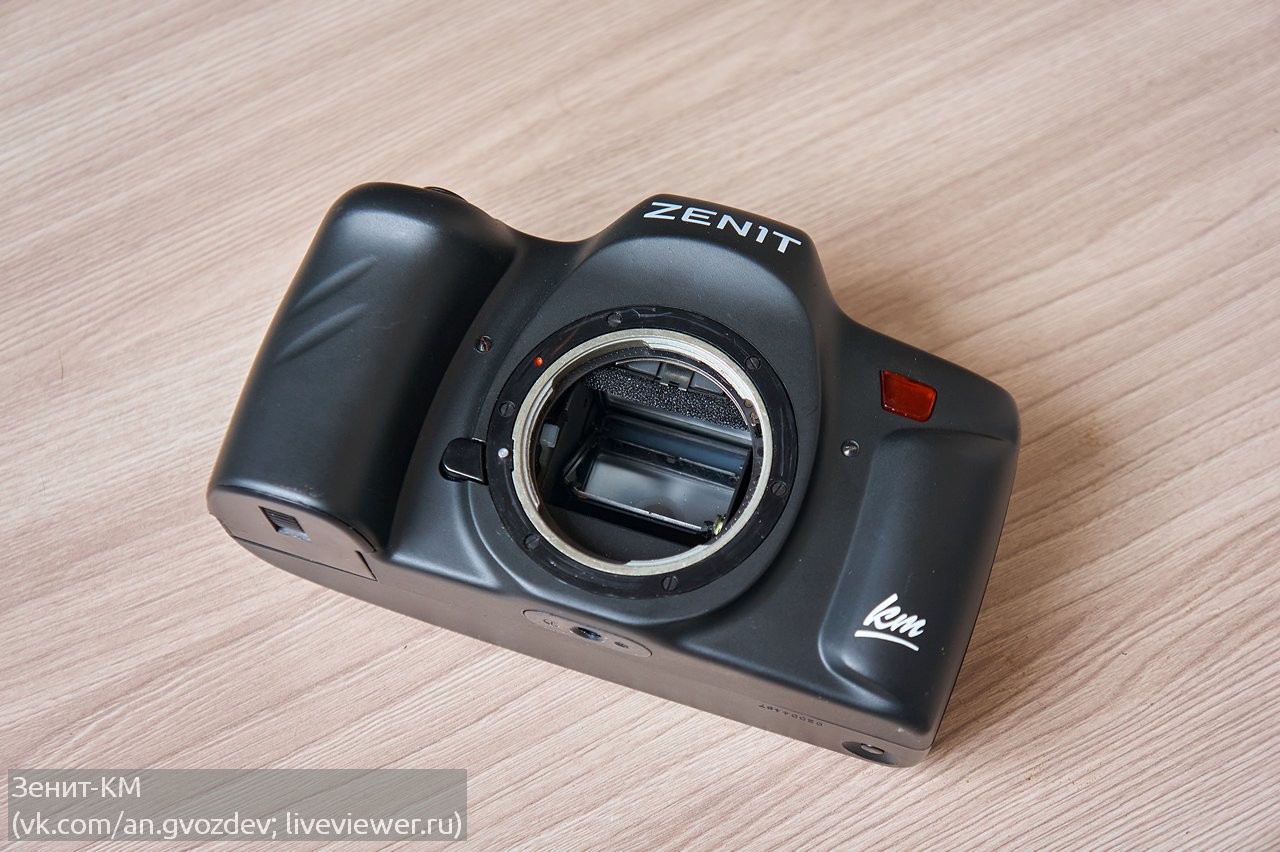 If the upper or lower red LED flashes (overexposure or underexposure) while the green LED is lit, you need to decrease or increase the aperture value accordingly.
Electronic self-timer with a delay time of 15 seconds.
When shooting with self-timer in automatic mode, instead of a removable eyecup, the viewfinder eyepiece cap should be installed (to prevent extraneous illumination of the exposure meter).
When photographing with a constant press on the shutter release button, continuous shooting occurs (about 2 frames / s in the shutter speed range from 1/30 to 1/2000 s).
The camera uses a variant of the K mount similar to the original Pentax K mount without a side lock. It can only be used with a retaining spring adapter. 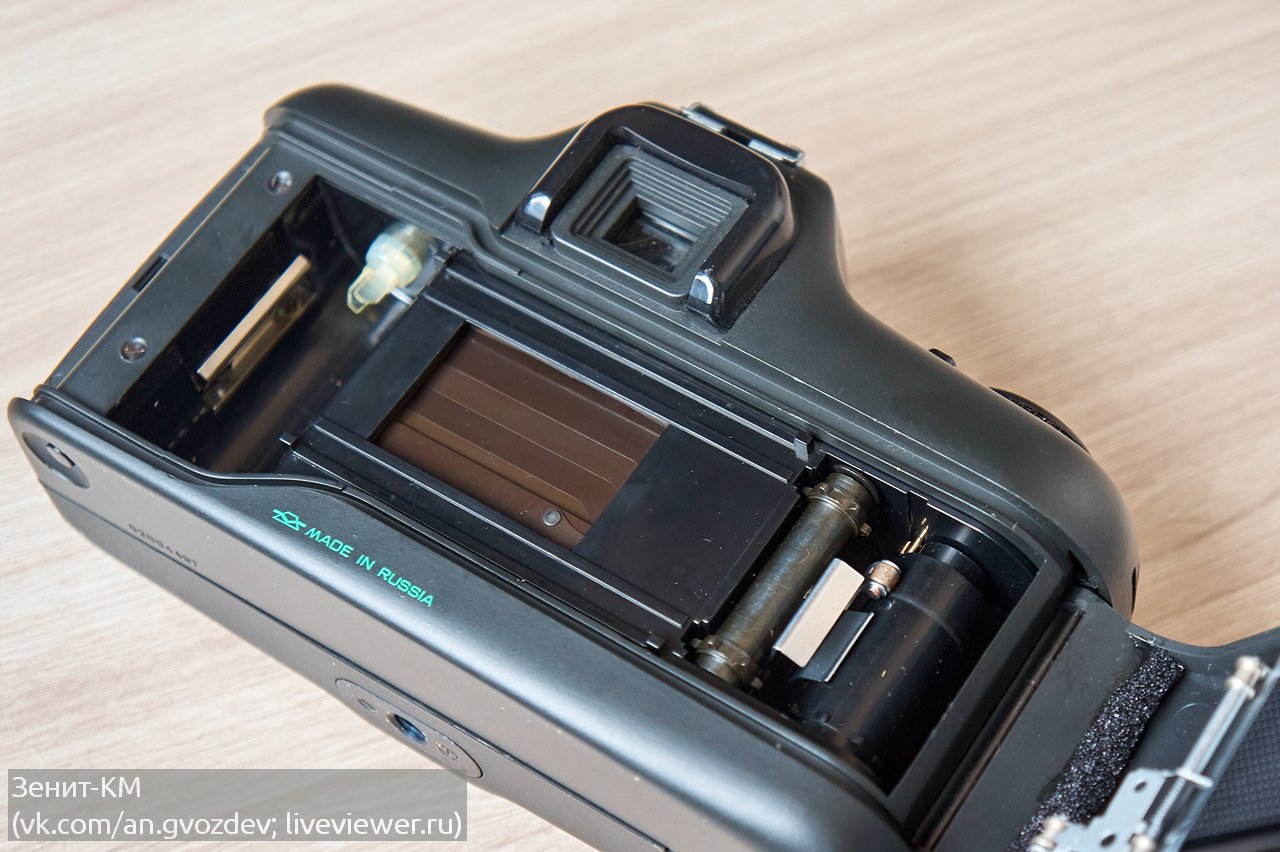 With the exception of differences in the method of fixation, all these types of mount have no other fundamental differences that affect compatibility with interchangeable lenses.

The original adapter manufactured by Pentax or its copy (for example, manufactured by LOMO) can be easily used on Zenit cameras with a mount without a lock (such was the Zenit-Avtomat of the first years of production) and on Zenit-KM. Using it on cameras with a bayonet mount that has a locking unit is very difficult due to the fact that the adapter spring interferes with the latch tab, preventing the adapter from being freely put on and removed from the camera. 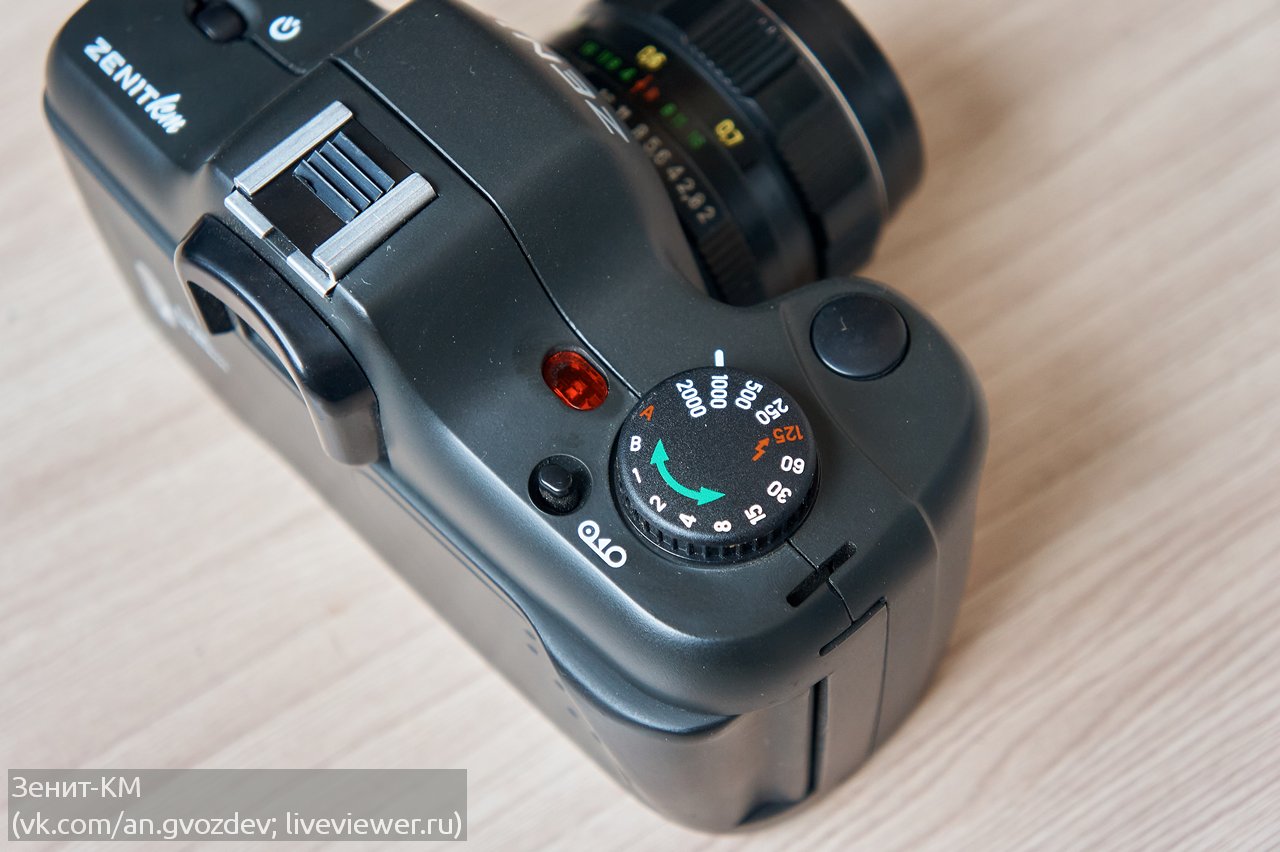 In the summer of 2004, the name "Zenith-KM" with a corrected design to distinguish it from the somewhat "tarnished" reputation of previous parties, it was decided to replace it with "Zenit-KM-plus" (ZENIT-KM-plus). Cameras with this marking were first presented in the fall at the Photokina-2004 exhibition.

In 2005, the production of SLR film cameras at KMZ, and in particular Zenit-KM-plus, was discontinued in accordance with the decision of the Board of Directors of the enterprise dated November 24, 2004.