Zenit-Avtomat is a small-format single-lens reflex camera with behind-the-objective measurement and automatic exposure control, produced by the Krasnogorsk Mechanical Plant from 1985 to 1994. The first KMZ camera with a K mount, which became the basis of the Zenit-Avtomat family. It was exported under the name Zenit Auto. A total of 68 pieces were produced. 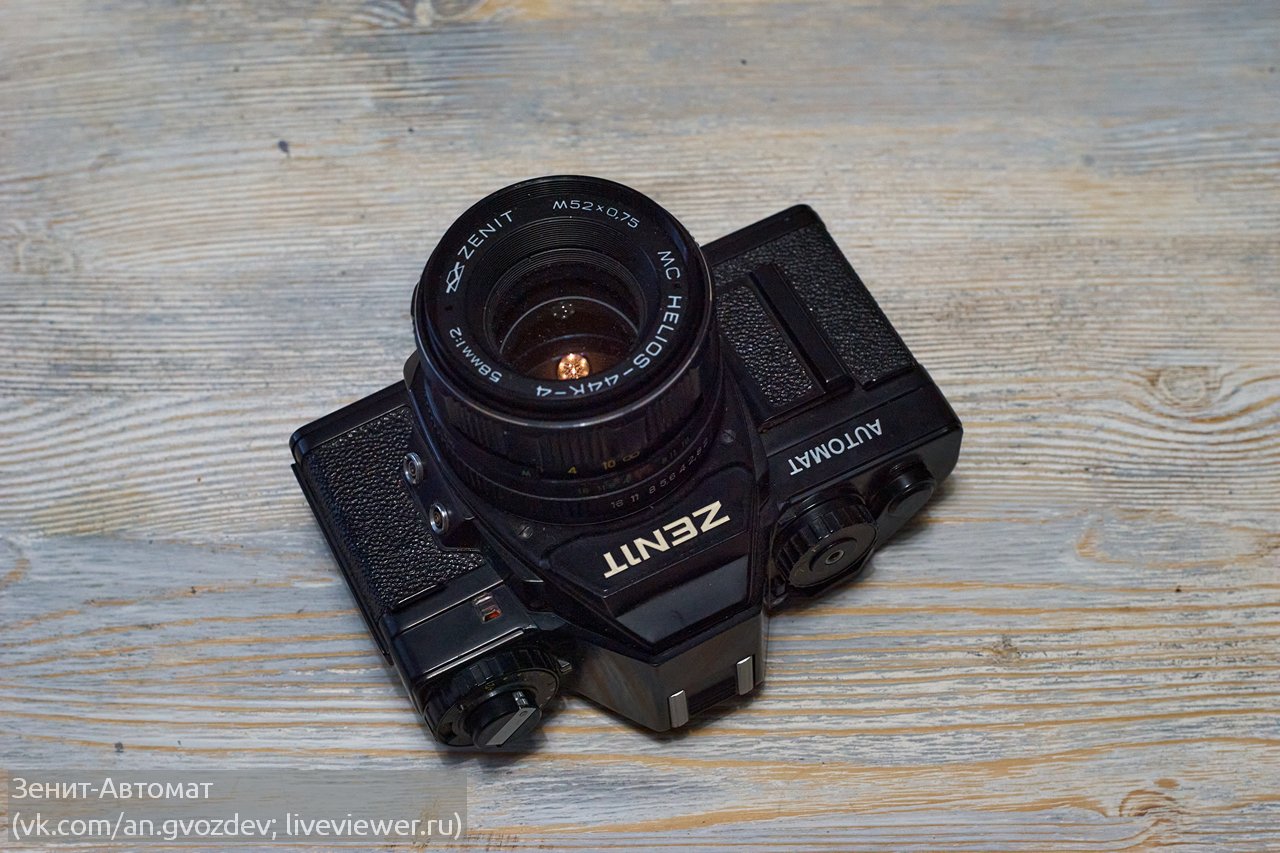 Cameras of the family (Zenit-14, Zenit-AM, Zenit-AM2) replaced the lines developed in the 1970s: Zenit-TTL and Zenit-19. The appearance of the Zenit-Avtomat line was preceded by non-serial models Zenit-20, Zenit-21, Zenit-22, Zenit-23. 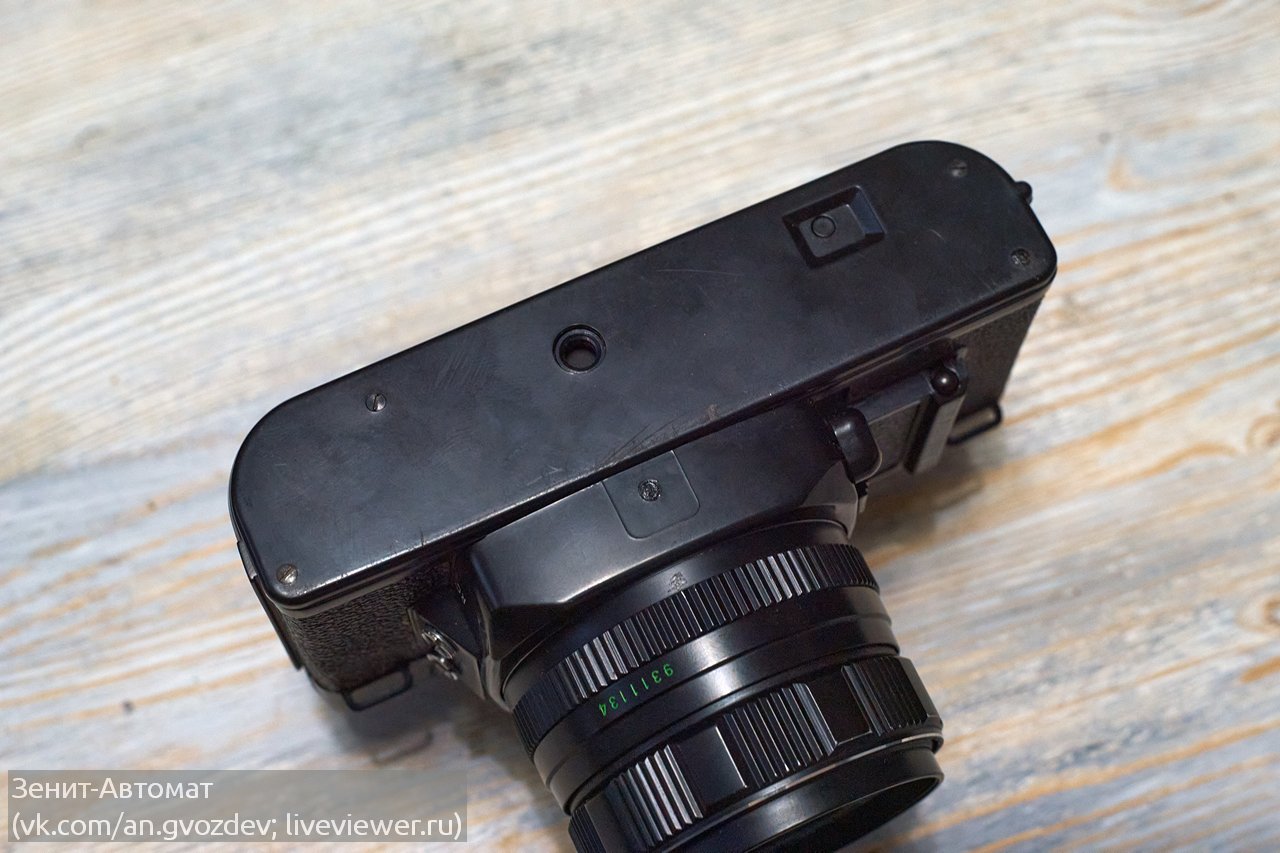 Models of the Zenit-Avtomat family

The main difference is the ability to work both in automatic mode (aperture priority) and in semi-automatic mode (selection of aperture at a set shutter speed using a TTL exposure meter). The camera's mode dial is saved. Indication of the correct exposure using the LED indicator. On the top panel, instead of the exposure compensation head, there is a shutter speed setting head (combined with the dial for entering film speed values). There is also a manual exposure setting. 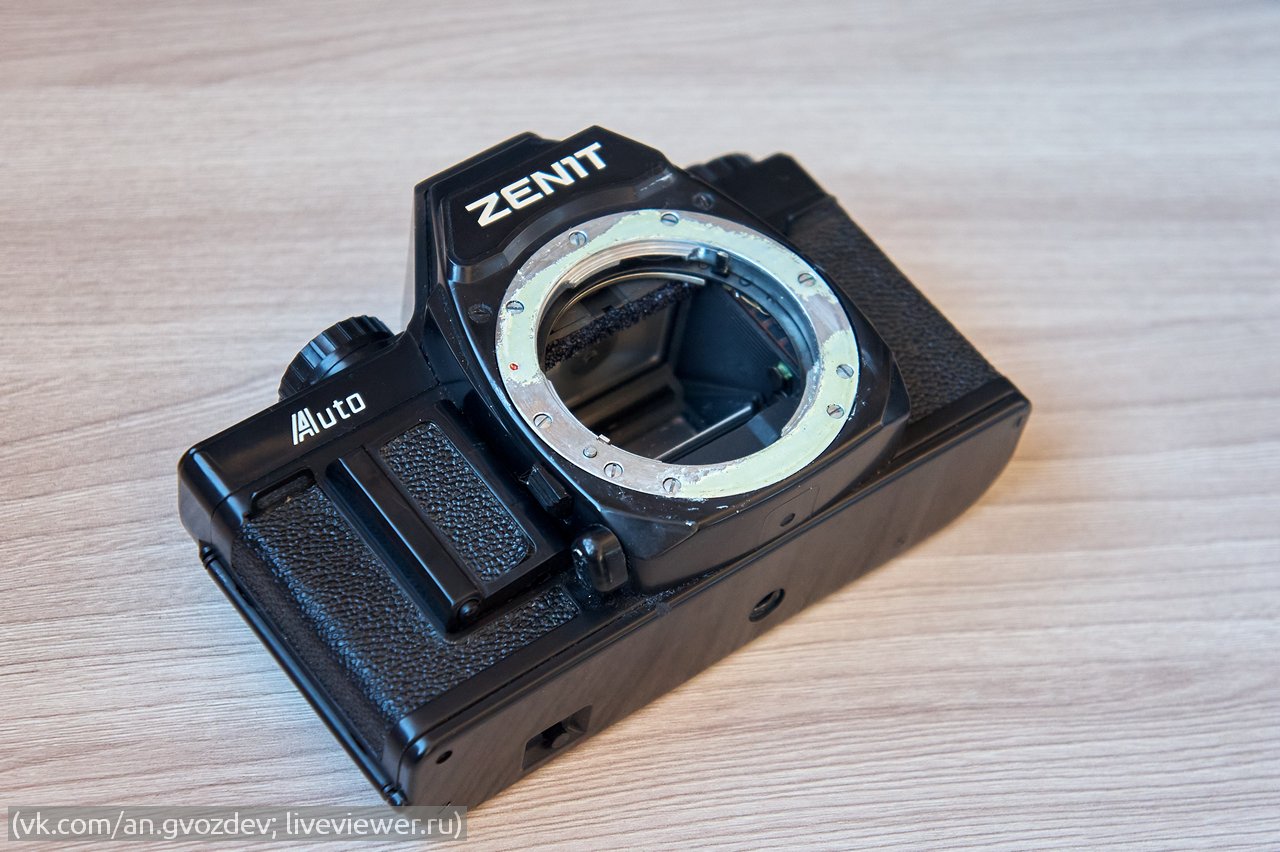 Two modifications have been released: