Zenit-APK can be deciphered as “Padalko-Kuznetsov assault rifle with a Kopal shutter,” after the names of the camera designers. In the AP-k version, the shutter of the Japanese company Copal was used, which was able to snatch a point in the arms race between shutter manufacturers and become the world hegemon in shutter building. The camera was developed by 1992, representing an improvement on the previous model. 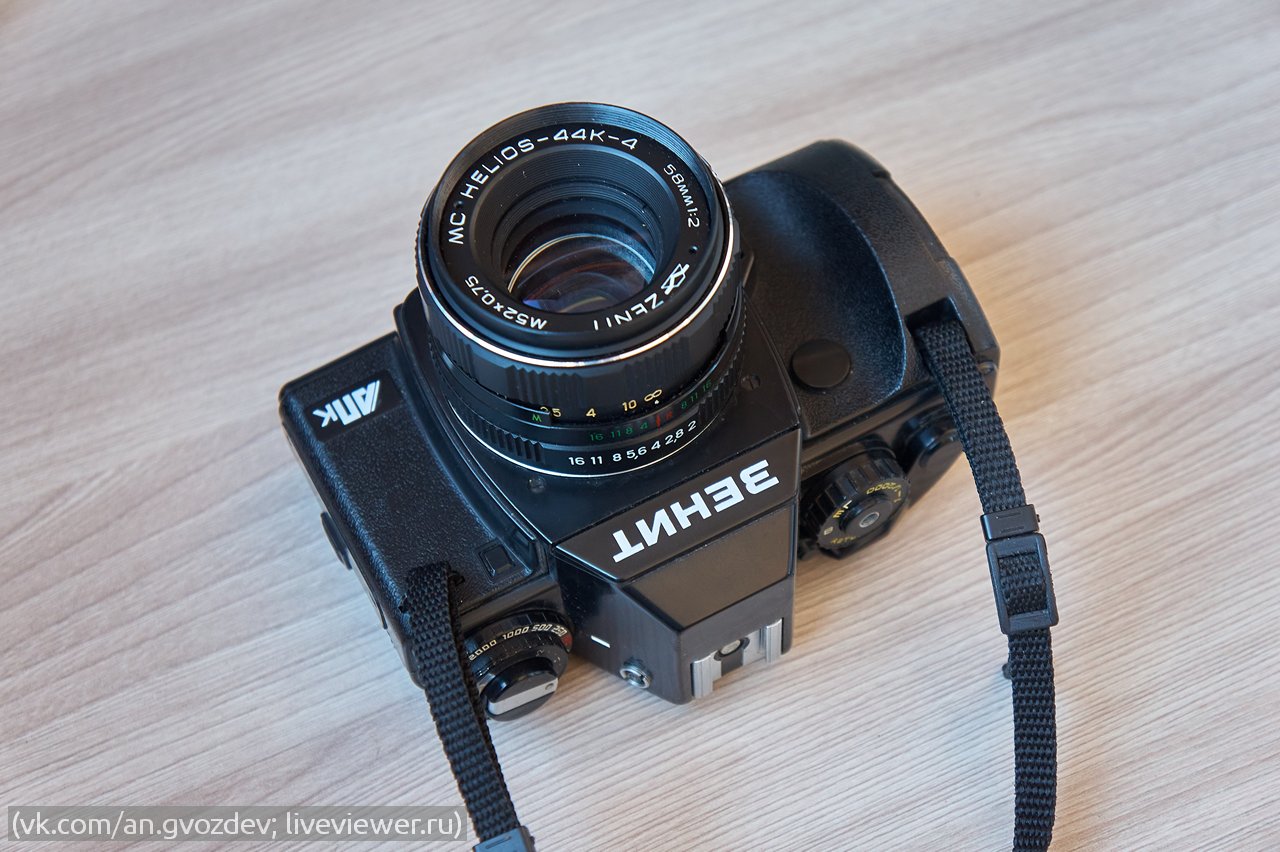 This is one of those plastic zeniths that still looks harsh, like all Soviet life. Zenit-apk with a copal shutter was not produced for long, and in the time before 1998 they were able to produce 6500 copies. The previous version of the Zenit-APM, which used a domestic shutter, but catastrophically few of them were produced, and they are all in rare condition because there are only 15 pieces for the whole world. 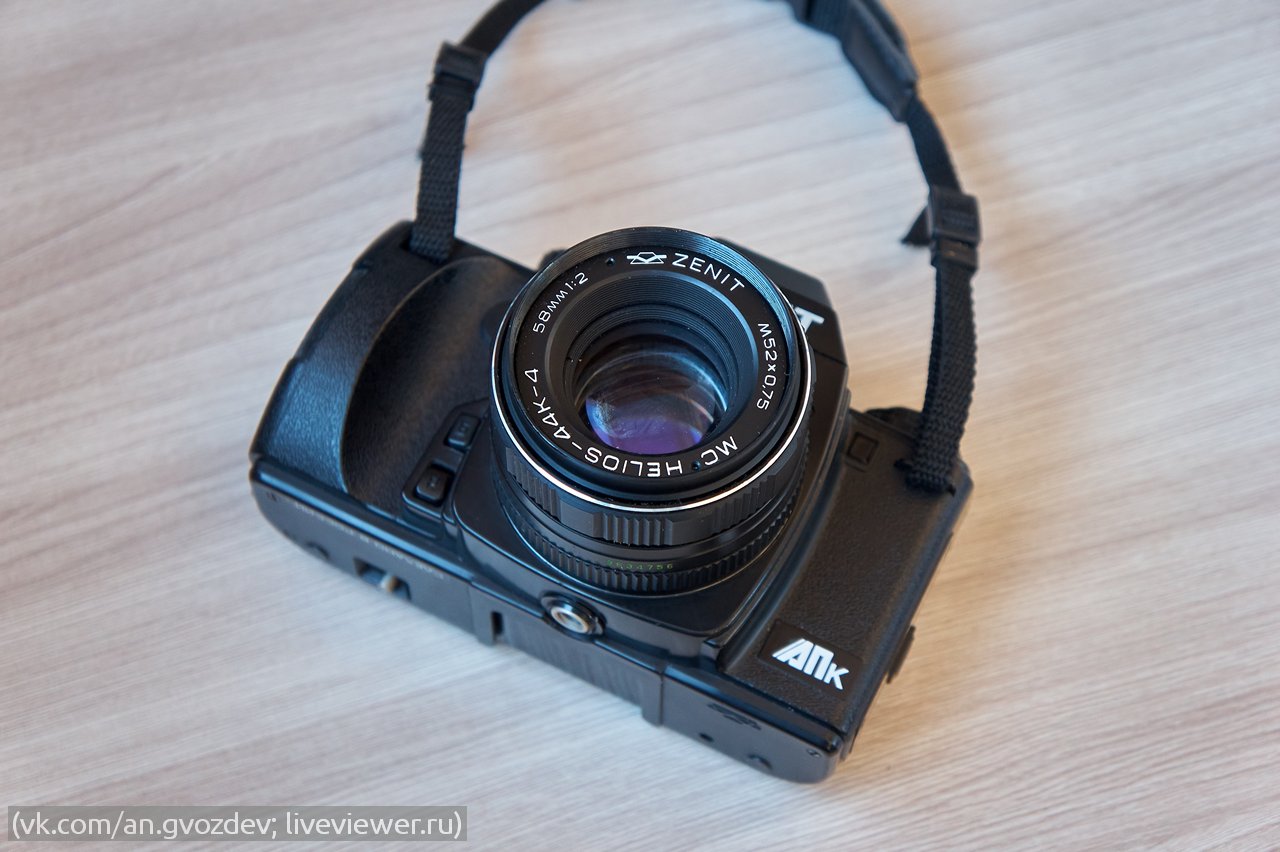 When I look at its shutter from the back, it seems to me that I am looking at a canon, since the shutters look identical. I doubt that Canon did not succumb to the temptation and did not purchase a shutter from a digger, but created their own from scratch. Although they can, in principle.

The camera can work both in aperture priority mode (it is the main one for the camera), and in full exposure control mode; shutter priority. There is an indication of the correct exposure. In the viewfinder, since the lens is without autofocus, there is a matte focusing screen with wedges and a microraster. 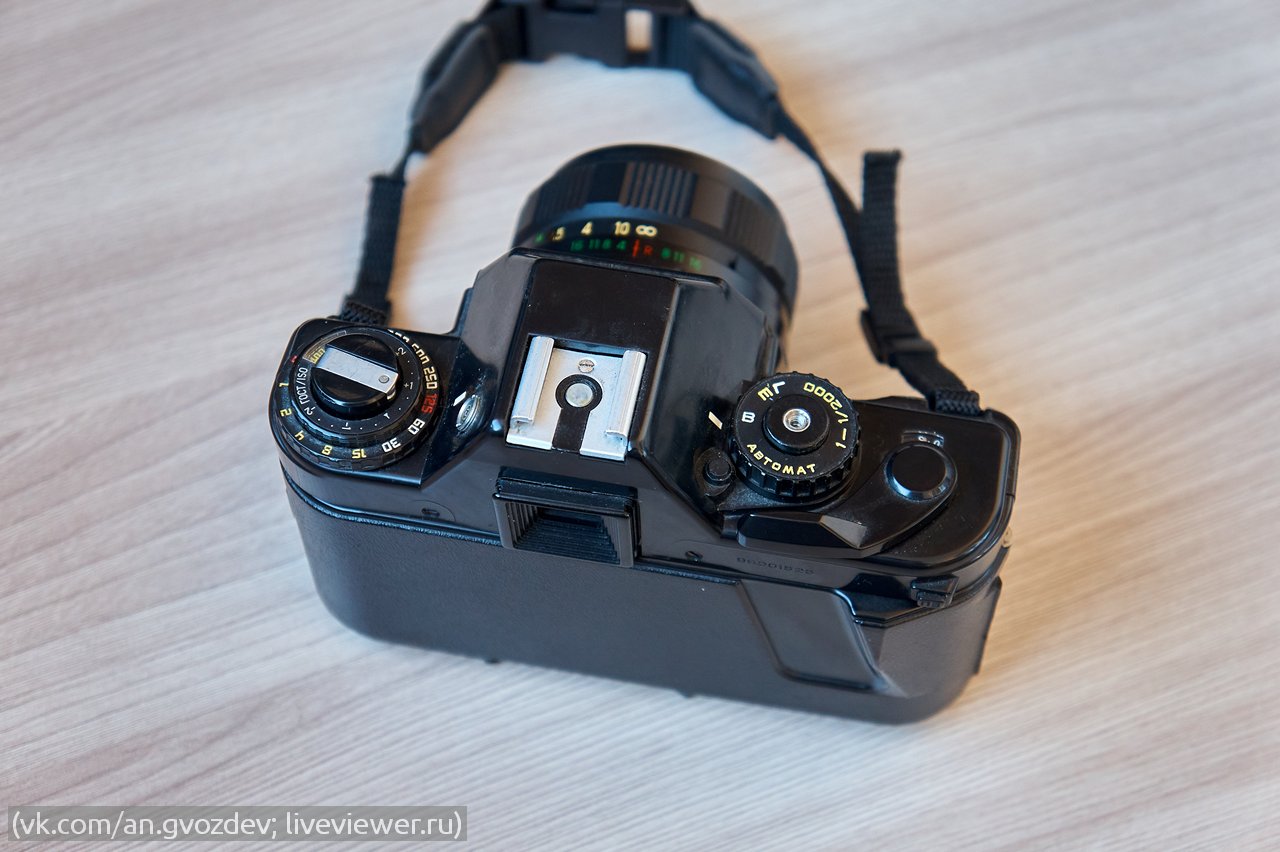 Alas, the KMZ did not implement autofocus in this model either. And so I wanted to.

At first, the project was called "ZENIT-AP". It was the "completion" of the originally planned line of cameras of various functional armament. It was necessary to add a more advanced model with additional manual shutter speeds to the produced automaton with aperture priority and lamellar shutter ZENIT-AM. The FZL-84 lamellar shutter designed by A.Ya. Padalko, which has already been used in the ZENIT-AM camera and further - in all cameras of this line. 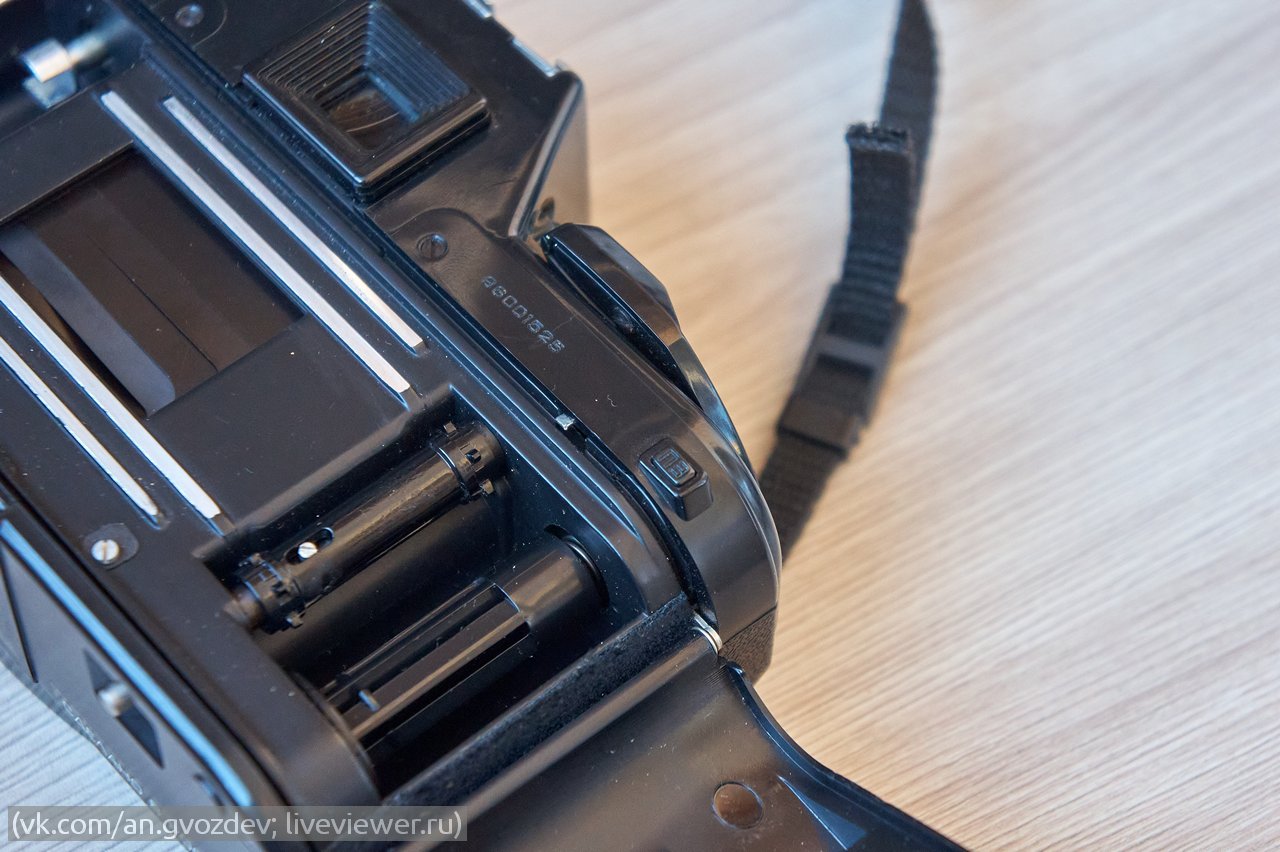 However, the plant experienced certain difficulties in the manufacture of valves that require a separate specialized high-precision production. So, for example, the production of aperture (the so-called "central") shutters in the sixties of the XX century was almost completely located at watch factories, and in the mid-1970s, the construction of separate highly specialized enterprises became urgent. This global trend, of course, also applied to block focal plane shutters. It was proposed to purchase a similar production from one of the world's leading manufacturers of shutters for cameras. Of the two proposals of the Japanese companies "Seiko" and "Copal", the shutter of the company "Copal" was chosen - "Copal EM-СMS-578MM" (minimum shutter speed 1/2000 s). Conducted, though unsuccessfully, negotiations on the supply of production technology and other models. 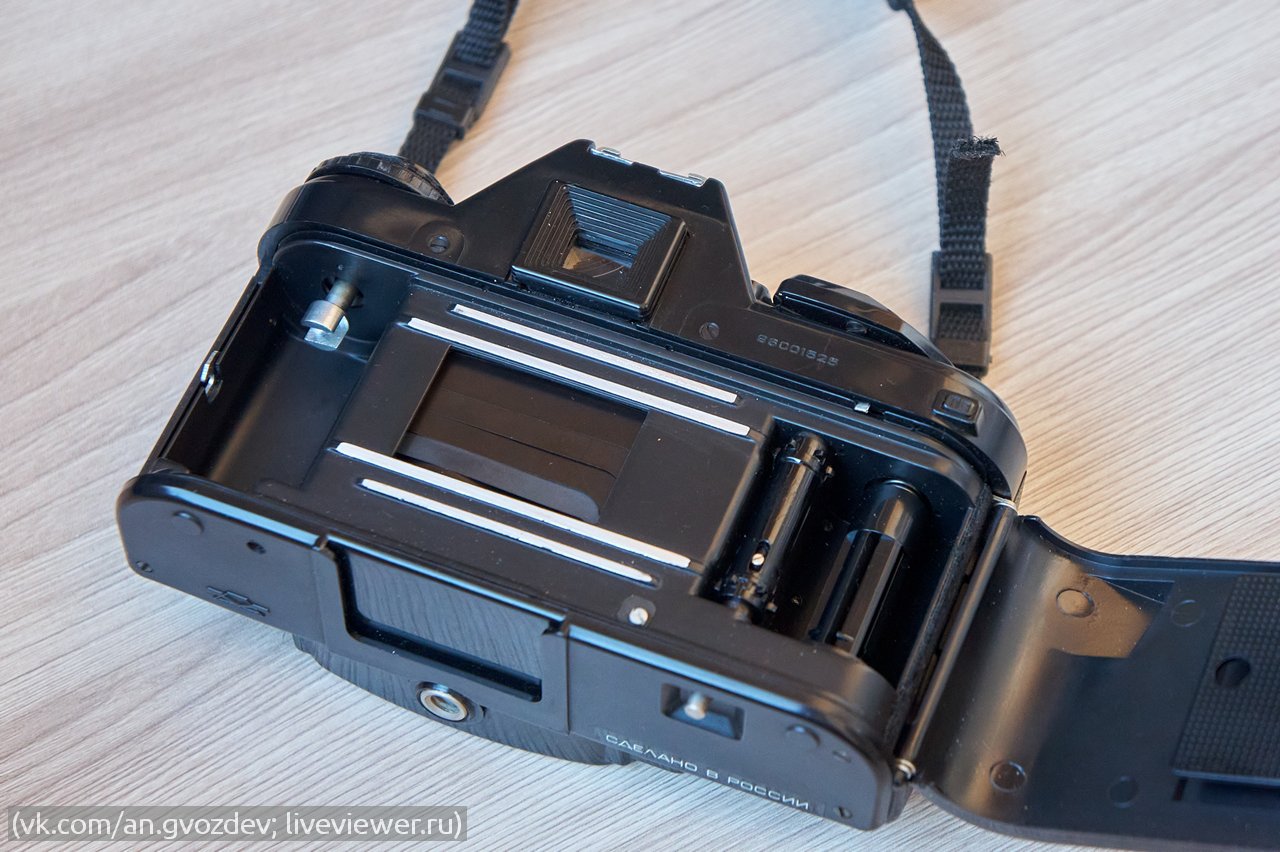 It was decided to use a ZENIT-AP camera to test the new shutter, specially adapted to the terms of reference formulated by KMZ (the possibility of one mechanical exposure in the absence of power was added and other minor changes were made). Thus, the ZENIT-AP project was divided into two cameras: with a Kopalovsky shutter and with an FZL-84 shutter. The EM-578MM shutter camera received an additional “K” index from Kopal, and a camera with a domestic shutter, to distinguish it from the AIC, received an additional “M” index. 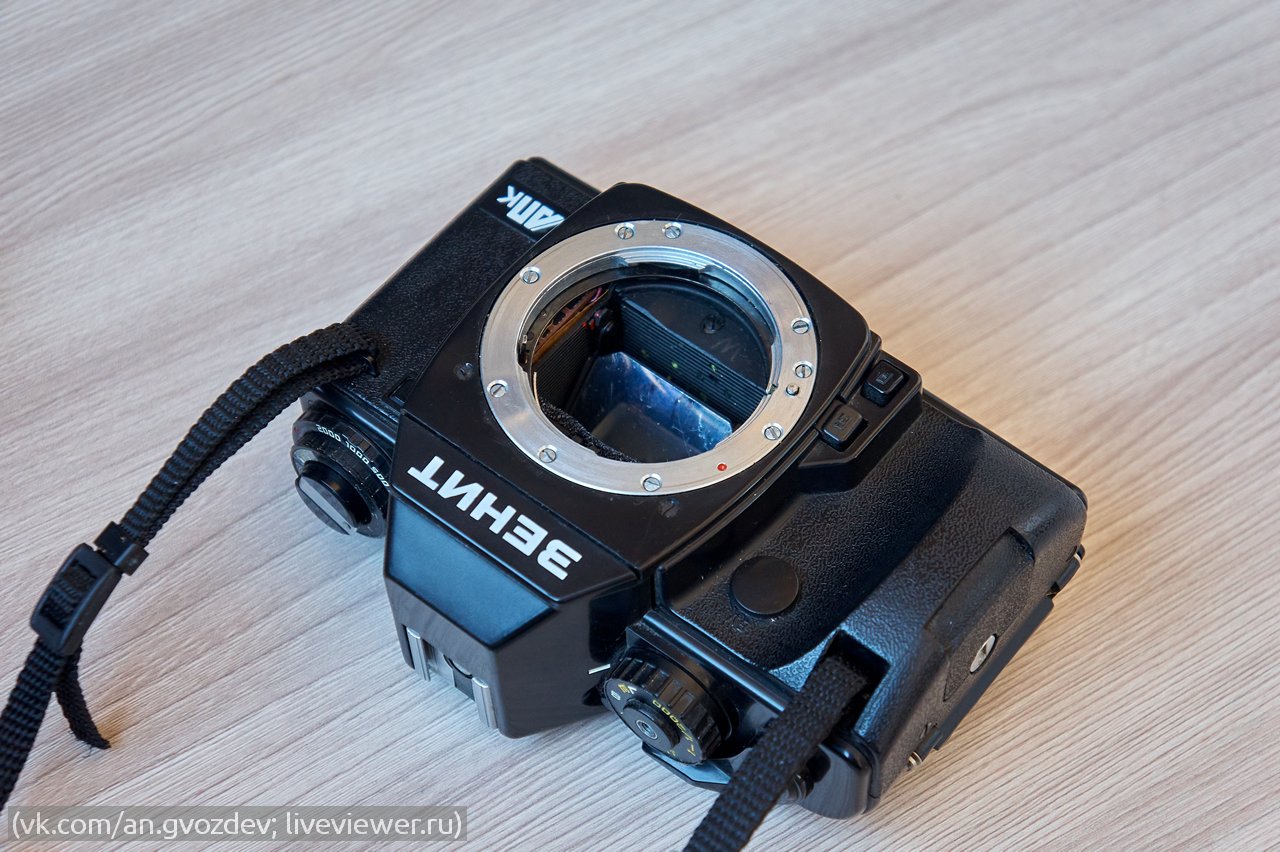 However, by the time the contract was signed, the economic situation of the Soviet Union was already becoming critical, funding was drastically reduced and the project to purchase the entire production of photogates became impossible. As a result, only the design and part of the technological documentation and the rights to production were acquired.