The original name of the camera: "Zenith T-1" (experienced instances).

The main feature of "Zenith-19" is the presence of a lamella slotted shutter (consists of two groups of metal lamellas), which provides working out shutter speeds from 1 s to 1/1000 s. Shutter speeds in the range of 1-1/500 s are worked out by an electronic control circuit, and 1/1000 s is mechanical, which ensures high stability and uniform exposure of the frame. In the absence of batteries, shutter speeds of 1-1/500 s are not available. 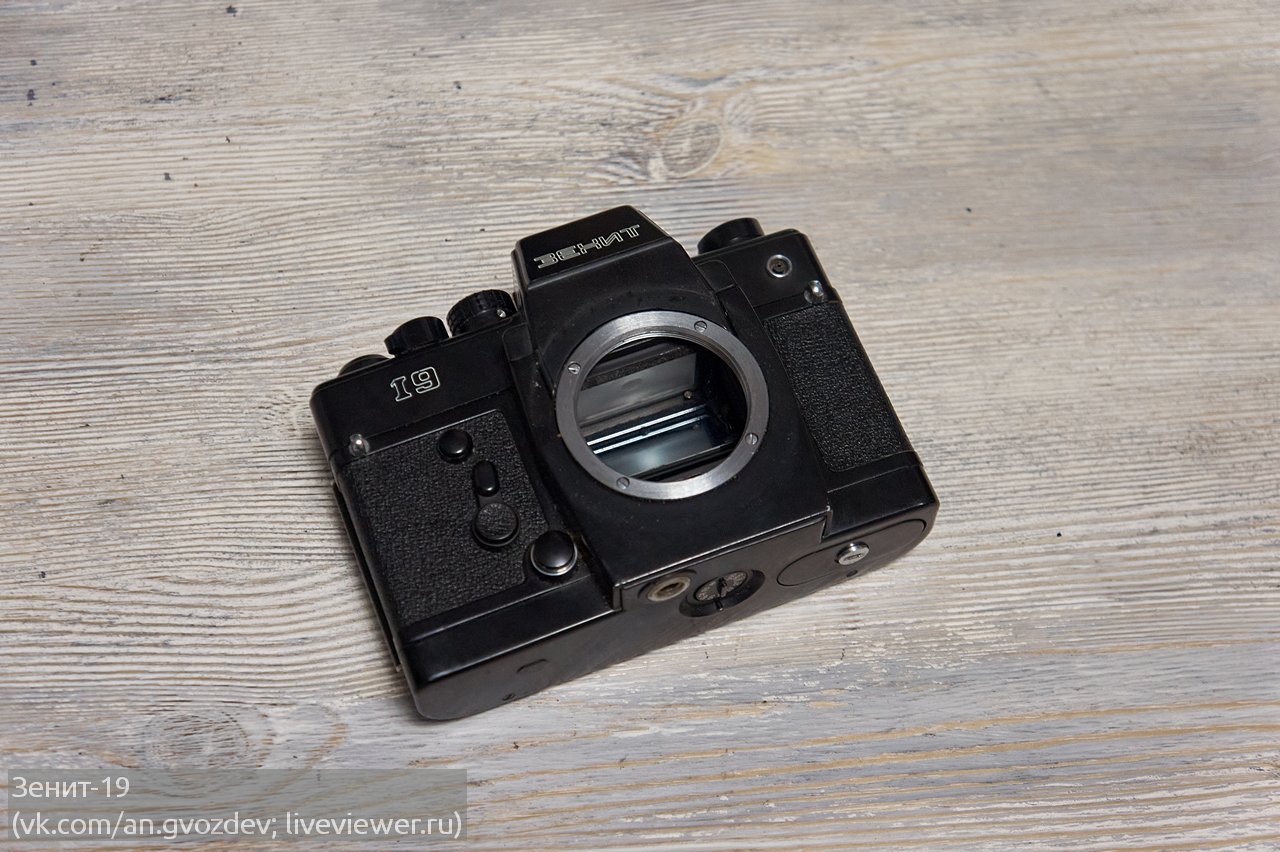 The camera was equipped with one of the lenses: "Zenitar-M" 1,7 / 50; "Helios-44M" 2/58; "Helios-44M-4" 2/58. During the production process, the device was modernized several times. So, for example, since the middle of 1982, a hidden lock on the rear wall of the device began to be installed (interlocked with the rewind roulette being pulled out). 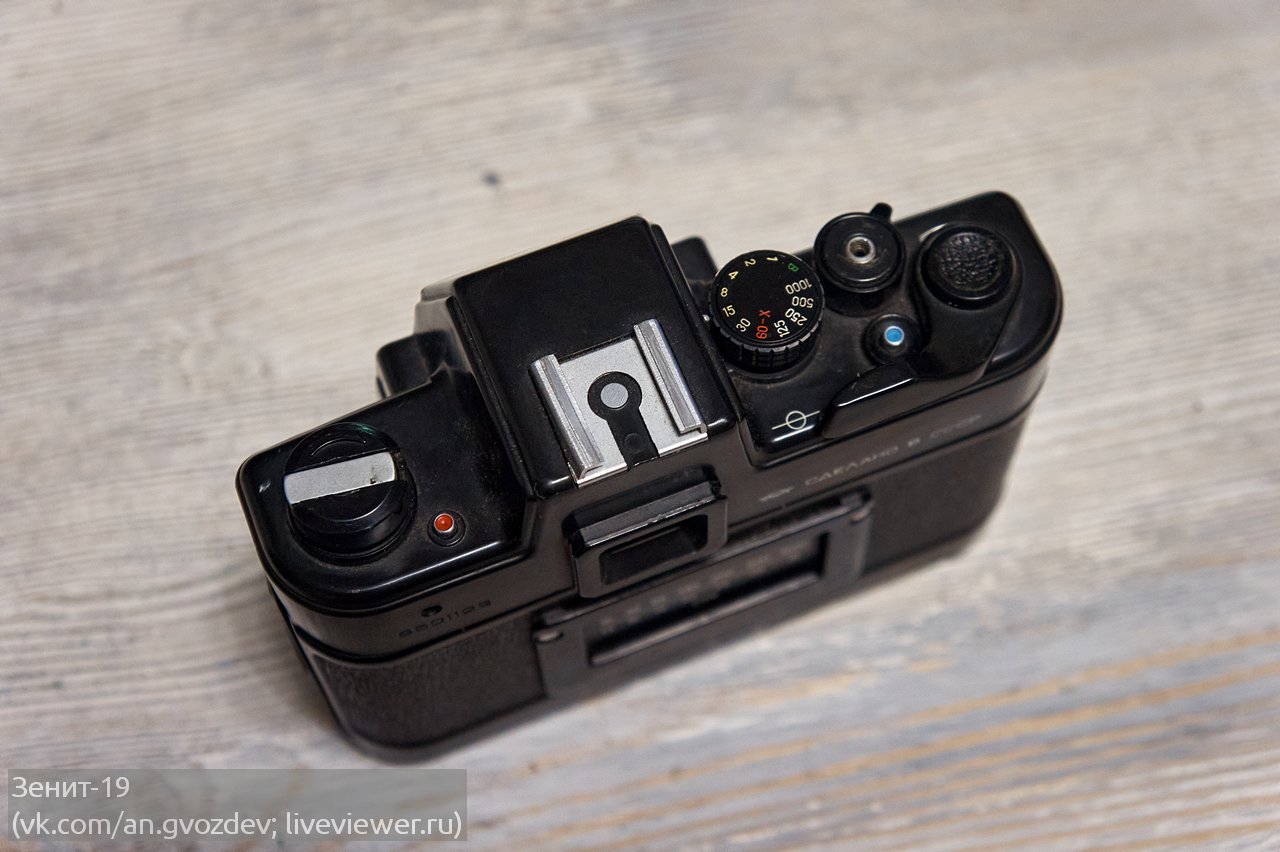 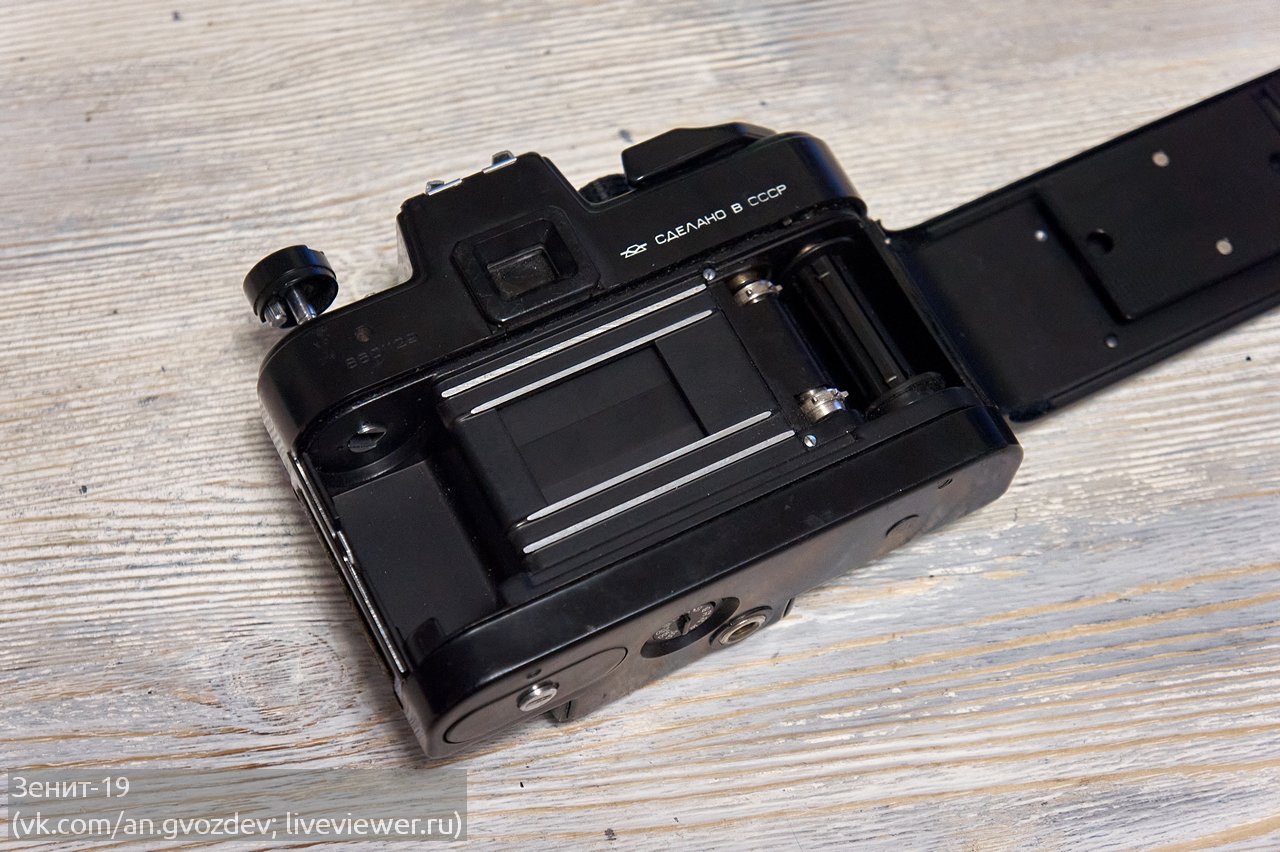 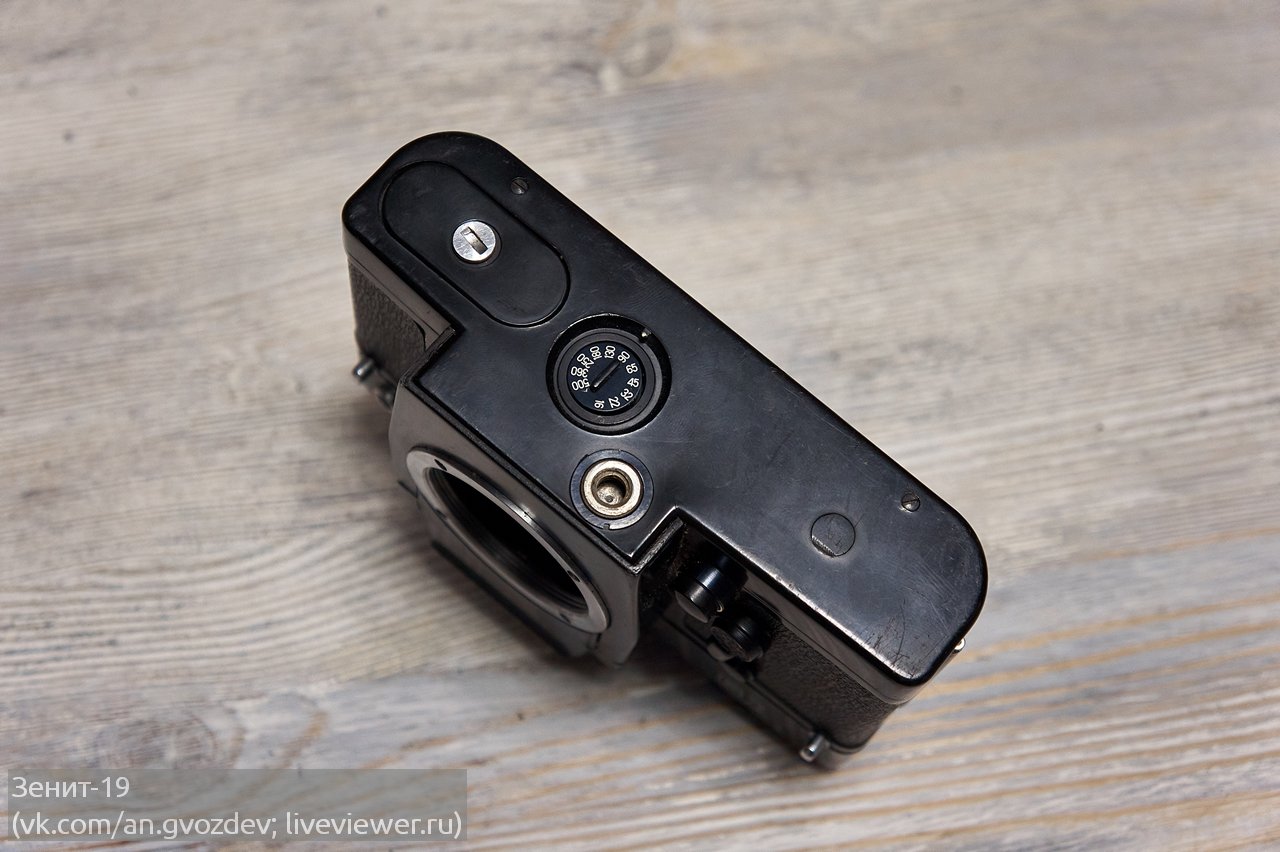