Kyiv-4A is one of several professional 35-mm Kyiv rangefinders produced by the Arsenal plant. After Germany's defeat in World War II, much of the surviving Zeiss plant equipment and circuitry was removed from Dresden and taken to the newly rebuilt Arsenal plant in Kyiv. Although primarily a military factory, Arsenal produced civilian products, including copies of cameras from other manufacturers such as Zeiss Ikon, Hasselblad and Nikon.

Contact, by the way, was copied not only in the USSR. Nikon began the history of its camera industry by copying Contax, because following the war, the main profile of the company needed to be changed - Japan was forbidden to produce weapons and parts for it, which included Nikon products in the form of rangefinders and other optics.

The Kyiv family of cameras based on Kontaksa was positioned as a camera for professionals, and was a very high-precision and therefore not very suitable and difficult to repair camera.

Kyiv-4A and its brothers and sisters are relatively high-quality copies of the famous Zeiss Ikon Contax, adapted for serial production in the USSR. Like its German counterpart, Kyiv-4A uses a Contax RF hybrid mount, which has an inner part for mounting a native 50mm lens, and lenses that differ from it in terms of focal distance. 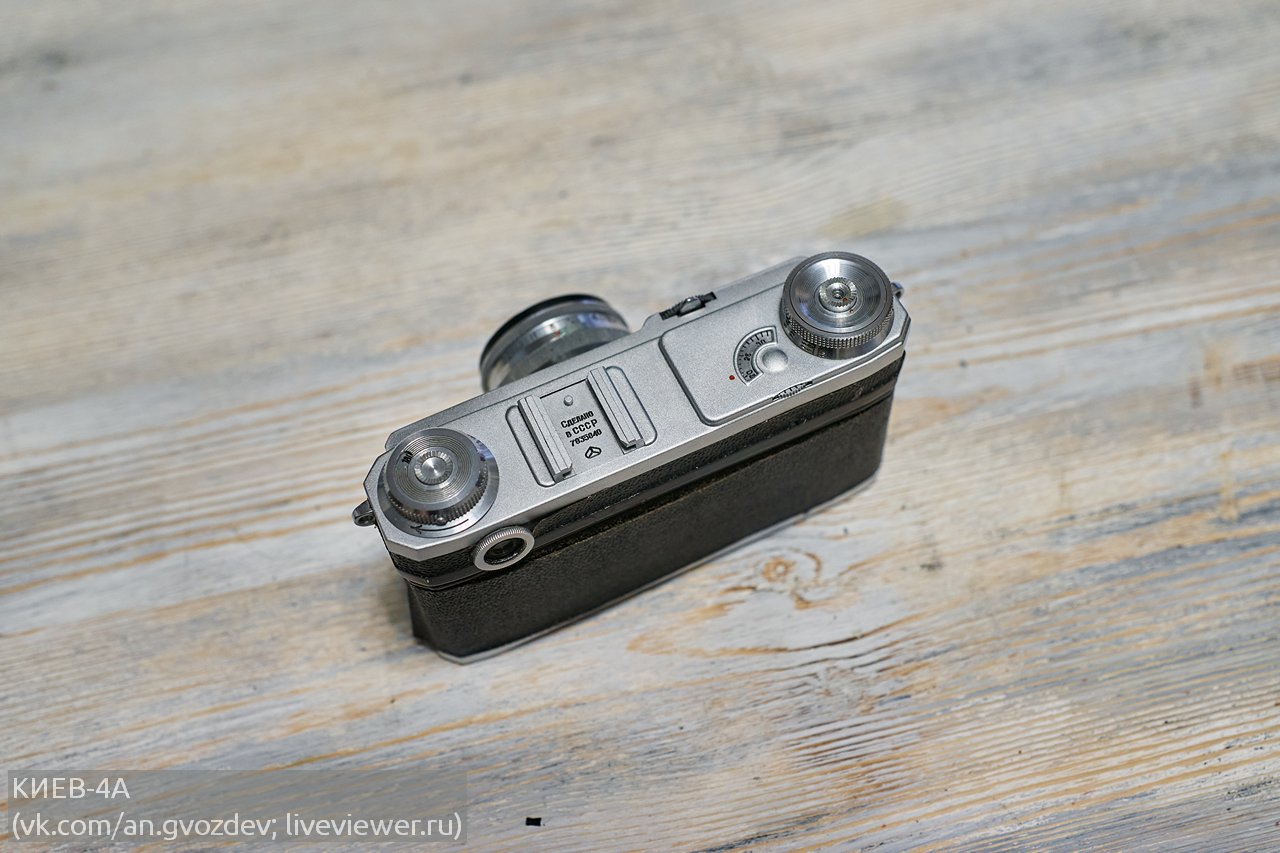 The camera left the factory with the Jupiter-8M 50mm f/2 lens, but is compatible with all other Contax RF lenses. Behind the lens is a shutter with a shutter speed of 1/2 to 1/1250 second. One of the most unusual features of the Kyiv-4a is the focusing gear on top of the rangefinder assembly above the self-timer lever. In order to focus, the focus lock must first be disengaged (by pressing the silver tab behind the focus gear). Once unlocked, the lens can be rotated to focus by hand or via a dial on the camera. 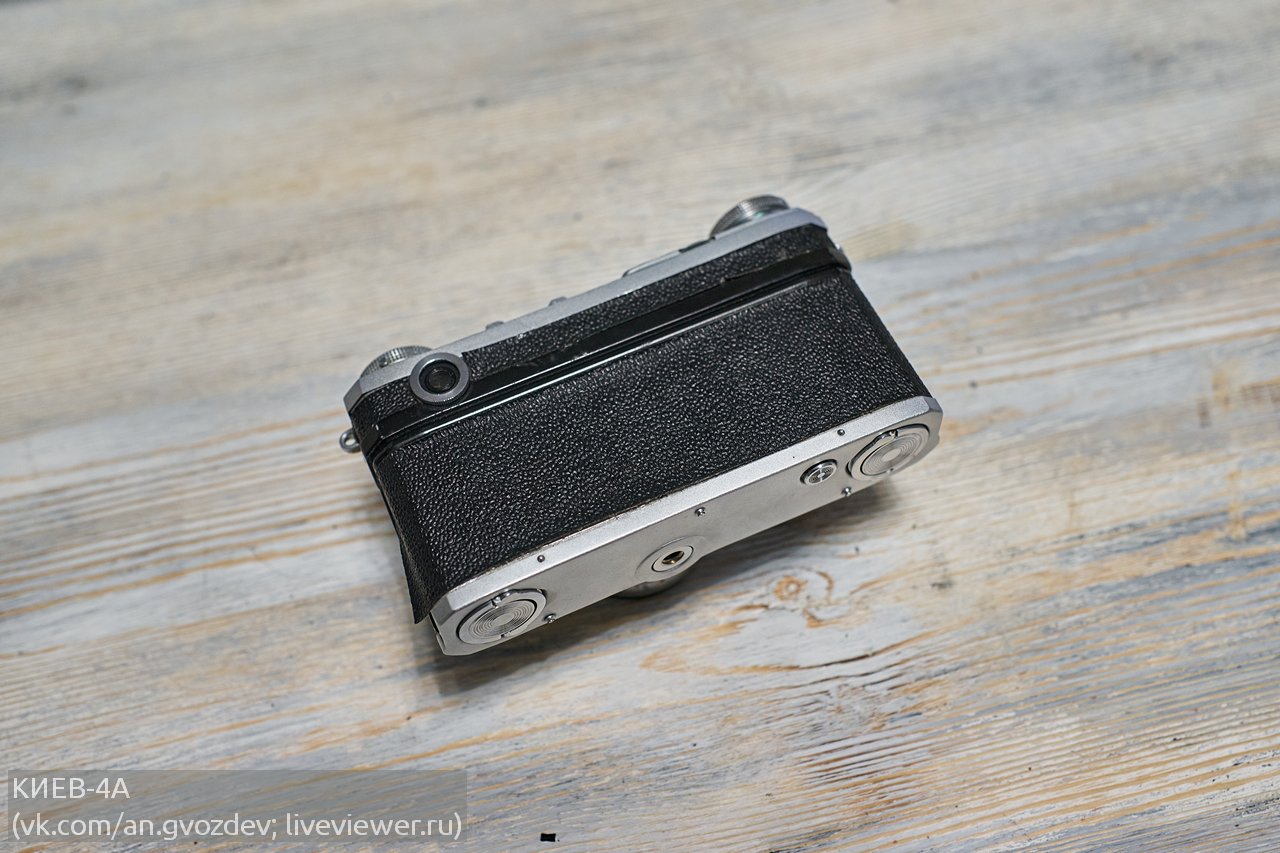 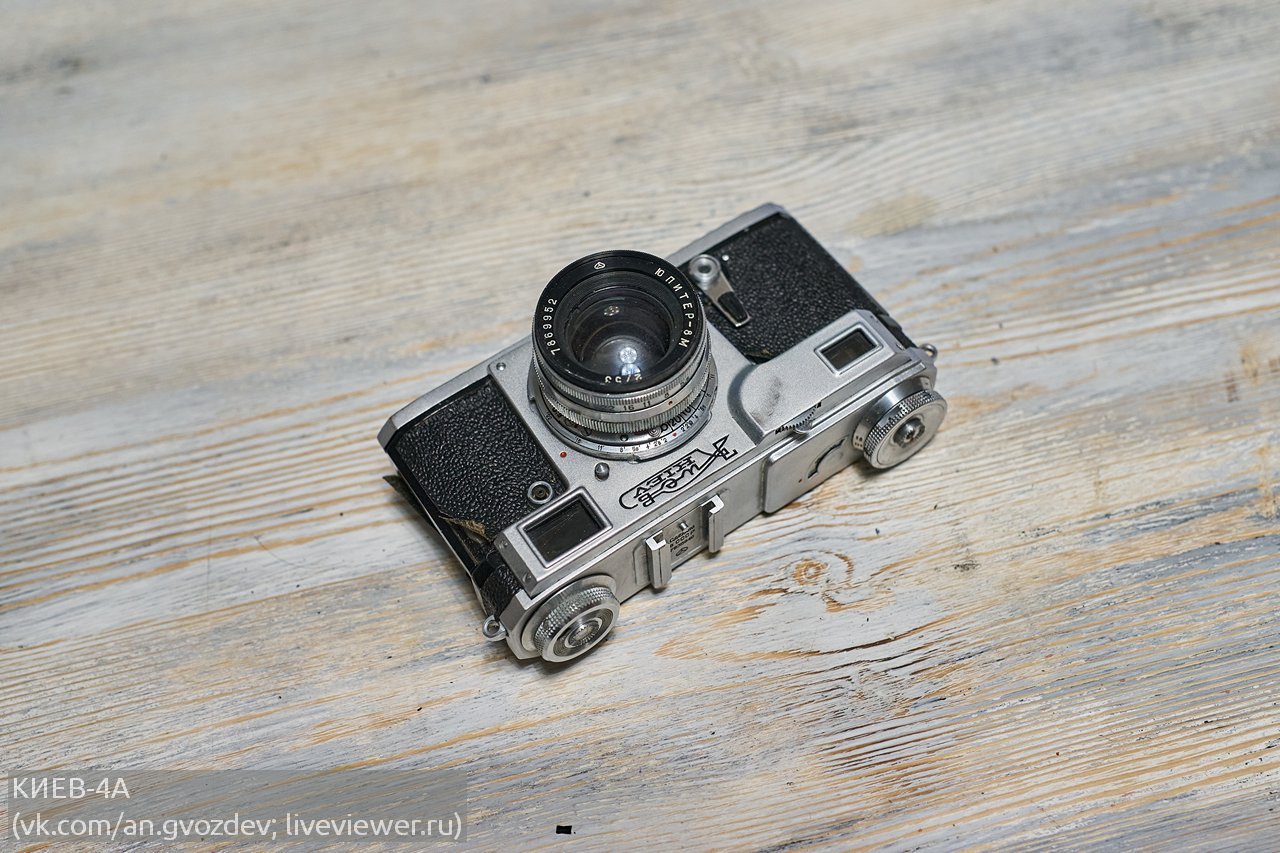 Kyiv-4a from a review according to the catalog of 1200 cameras of the USSR refers to Kiev IVA Model Group I Issue 2, but also the lineup has several editions: 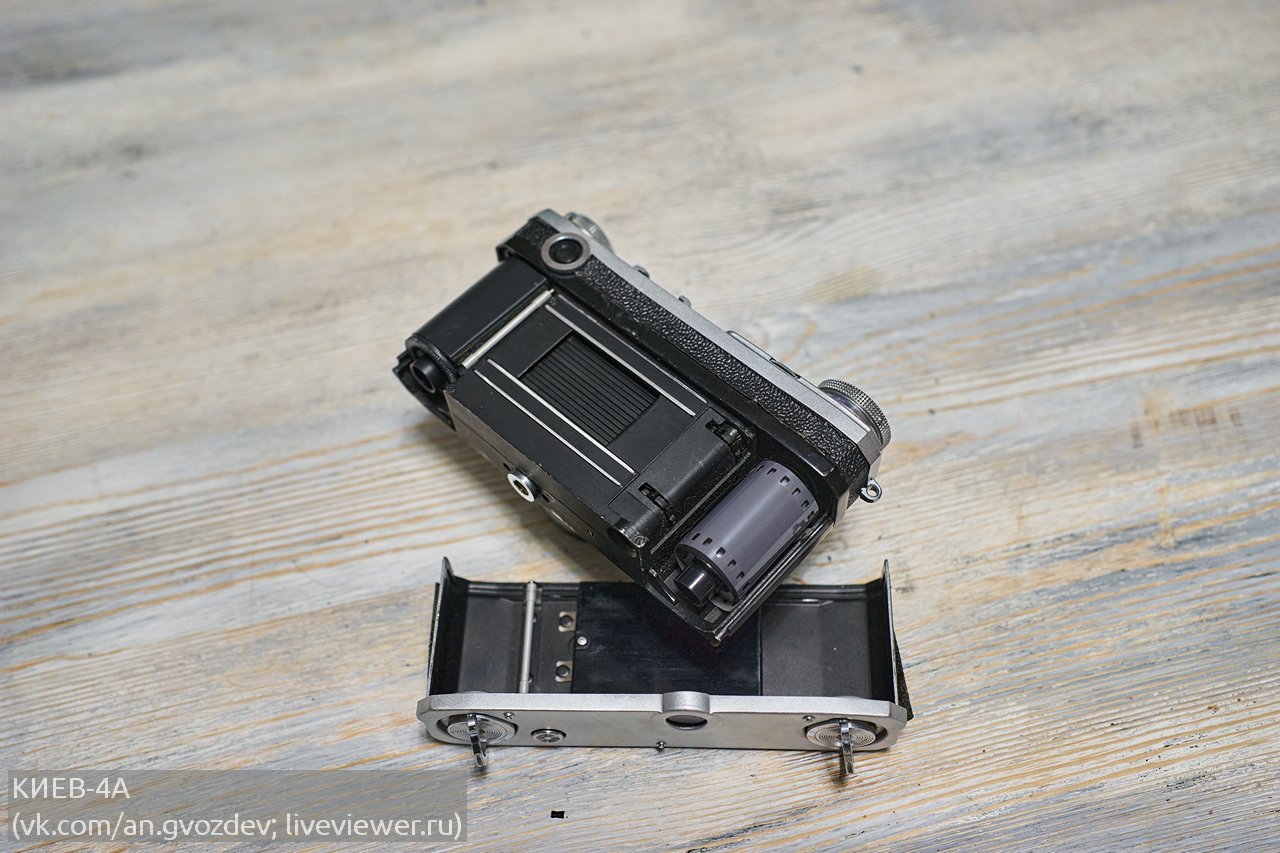 The quality of the cameras deteriorated over time, with cameras from the later period being particularly poor, as the equipment appears to have been considerably worn out. The year of manufacture can be read from the first two digits of the serial number. The serial number of the camera is 783540, which means it was manufactured in 1978. 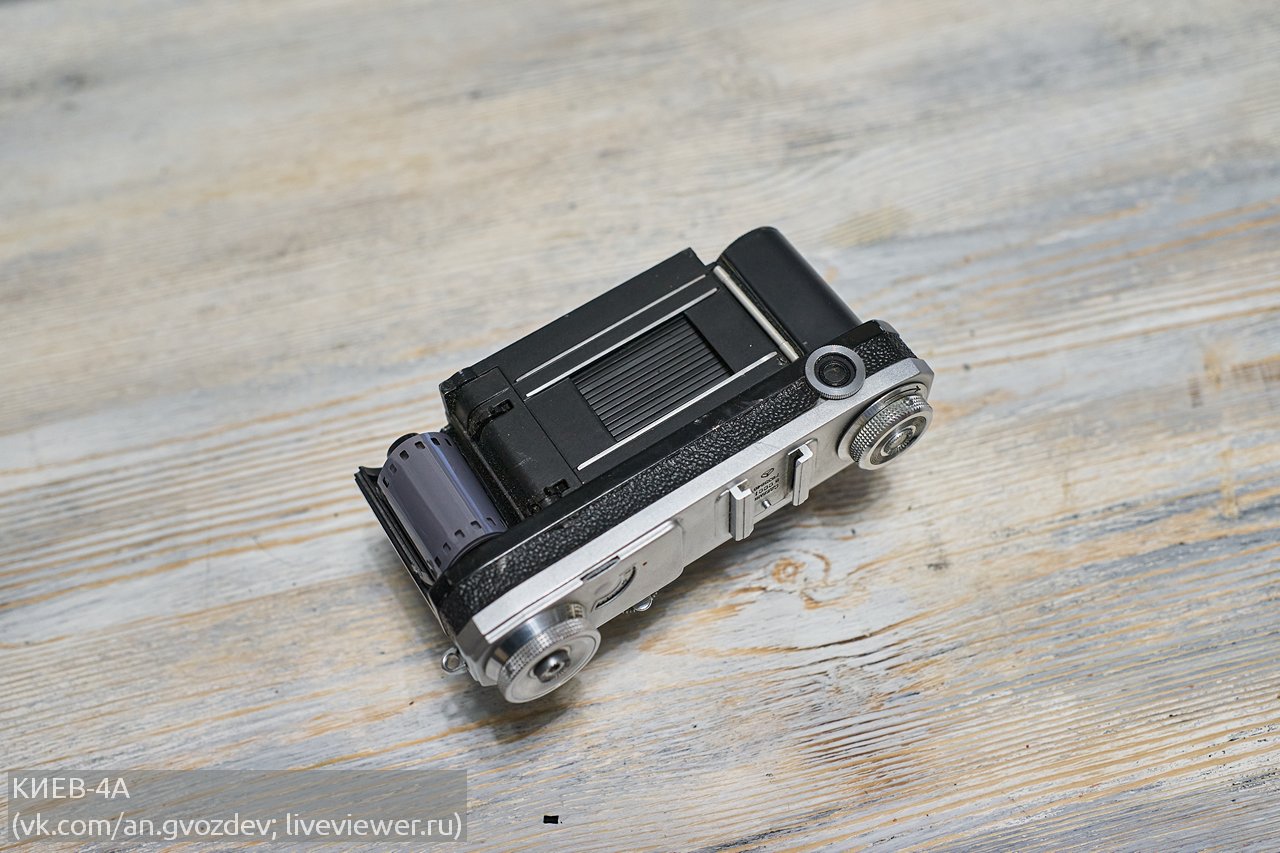 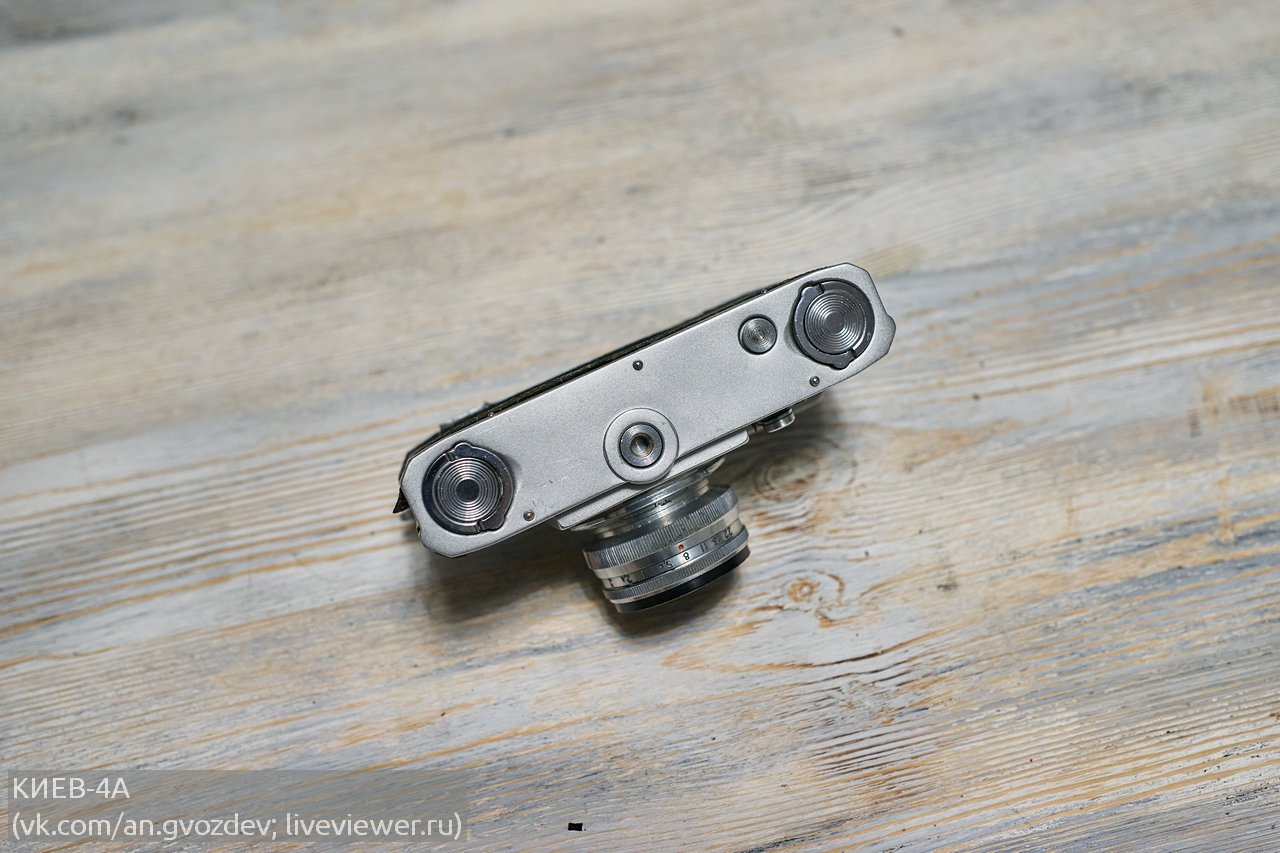 Over the entire period of production of the Kyiv rangefinder family, several models have been released, the name of which was not indicated in any way on the camera body. The only marking was the inscription "Kyiv", the font and design of which changed several times. Therefore, the name of a particular model is usually determined by the external differences between the cameras and the year of manufacture, reflected in the first two digits of the serial number. All models are divided into two main groups: with a light meter and without a light meter, each of which is descended from the Contax III and Contax II, respectively:

cameras with a built-in non-coupled exposure meter based on a selenium photocell: