The Canon A-1 is a semi-professional small-format single-lens reflex camera manufactured by Canon from 1978 to 1987. The camera was a development of the Canon AE-1 model and an alternative to the professional Canon New F-1. However, compared to the last model, the A-1 was the most advanced camera of its time: it was the first in the world to use a programmable automatic device that sets both exposure parameters simultaneously. In addition, the latest TTL OTF (Off The Film) electronic flash exposure metering system was used. 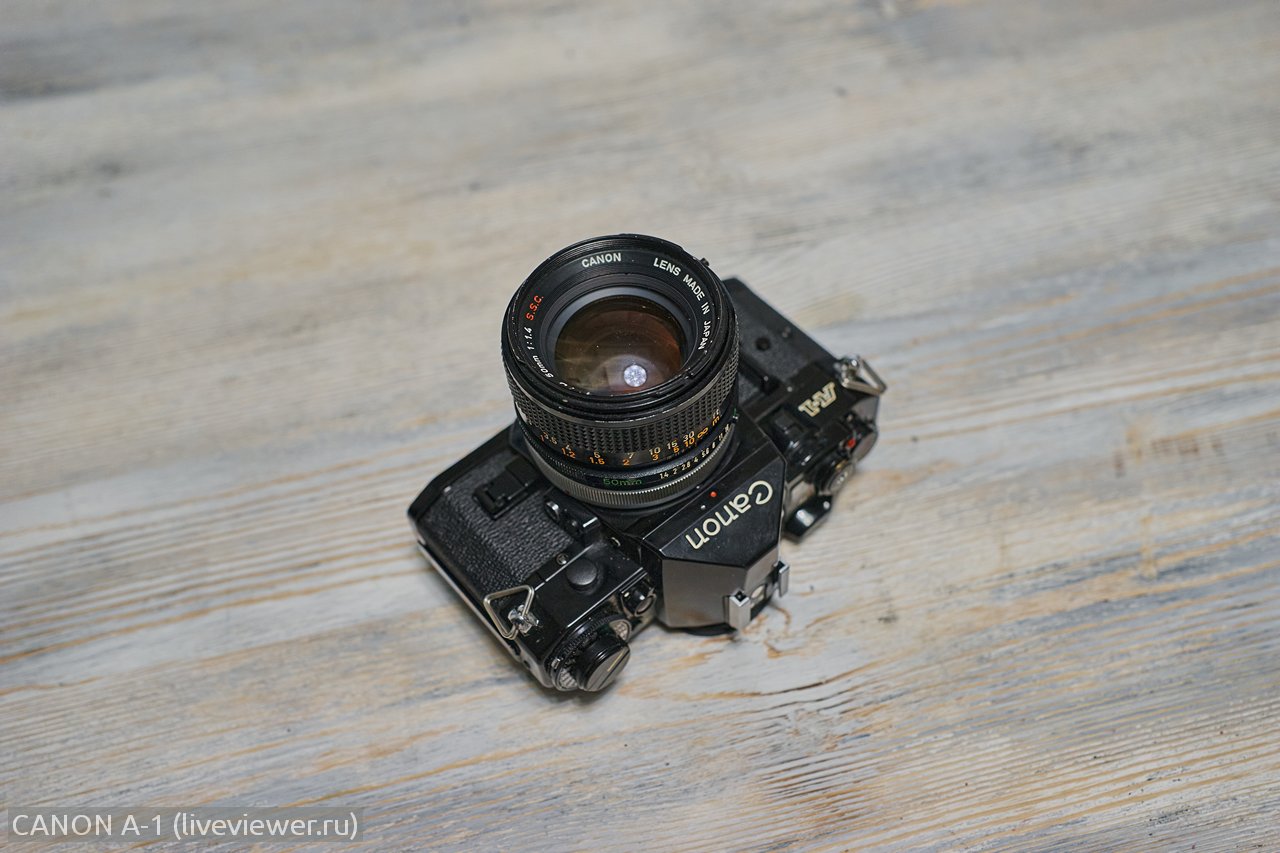 The control of the camera was digital and based on four integrated circuits. The main parameters were displayed on the LED display in the viewfinder field of view. Several attached electric drives of various capacities were produced for the camera, allowing continuous shooting at a frequency of up to 5 frames per second, as well as automatic coordinated Speedlite 155A and 199A flash units.