Silette is the name used by German manufacturer Agfa from 1953 to 1974 to refer to subsequent generations of 35mm fixed viewfinder cameras. The corresponding models of rangefinder cameras were called Super Silette. There was also an interchangeable lens model called the Ambi Silette. The first models were sold in the US under the names Ansco Memar and Super Memar, and some of the later ones under the name Agfa Solina. 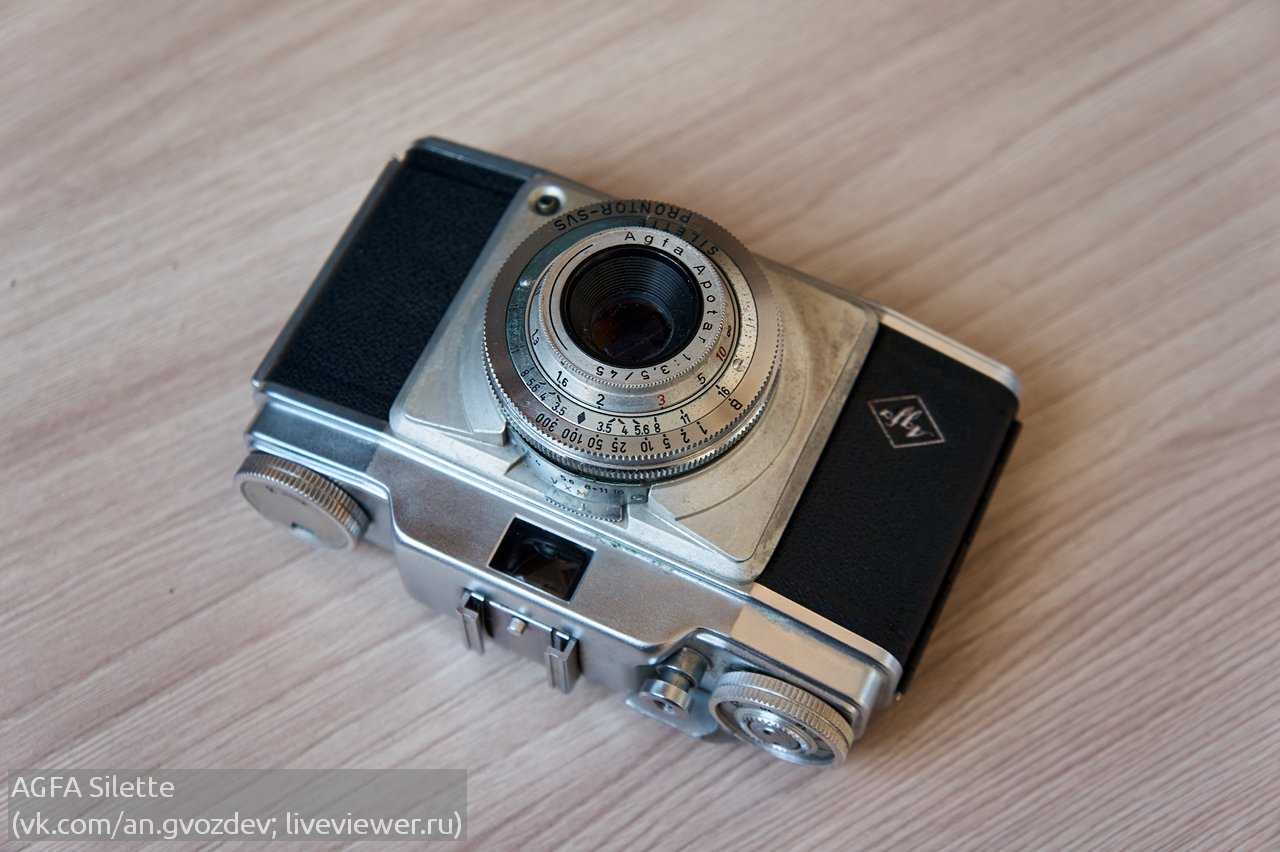 Produced from 1953 to the early 1960s. The original Silette appeared in 1953 and was a simple but well-designed 35mm camera with a simple viewfinder, leaf shutter, feed lever and accessory shoe. Closures ranged from the simple Pronto (1/25-1/200) to the best Compur Rapid or Synchro Compur (1/500), with the Prontor (1/300) in between. The lenses were either three-element Agfa Color Apotar 3,5/45mm or 2,8/45mm or four-element Agfa Color Solinar 2,8/50mm. In the US it was known as Ansco Memar. 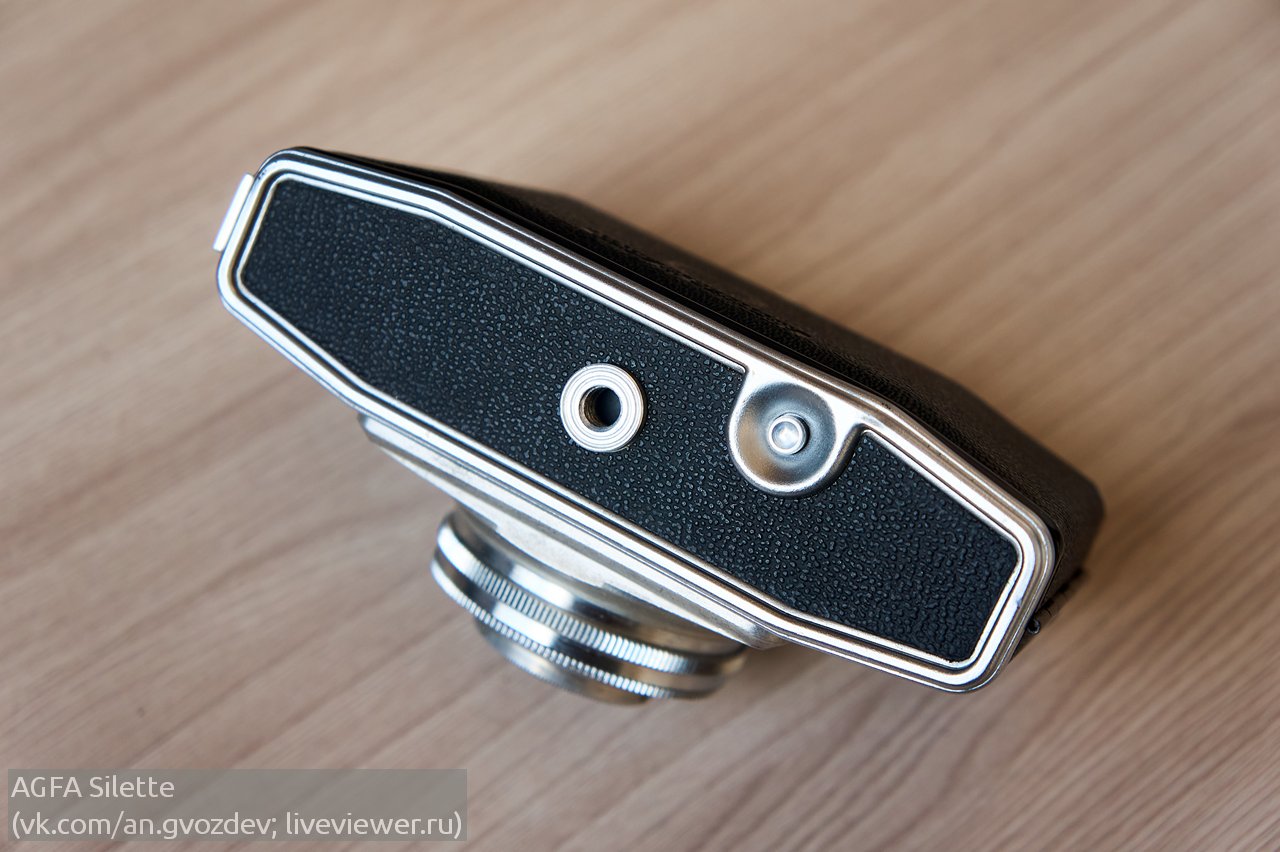 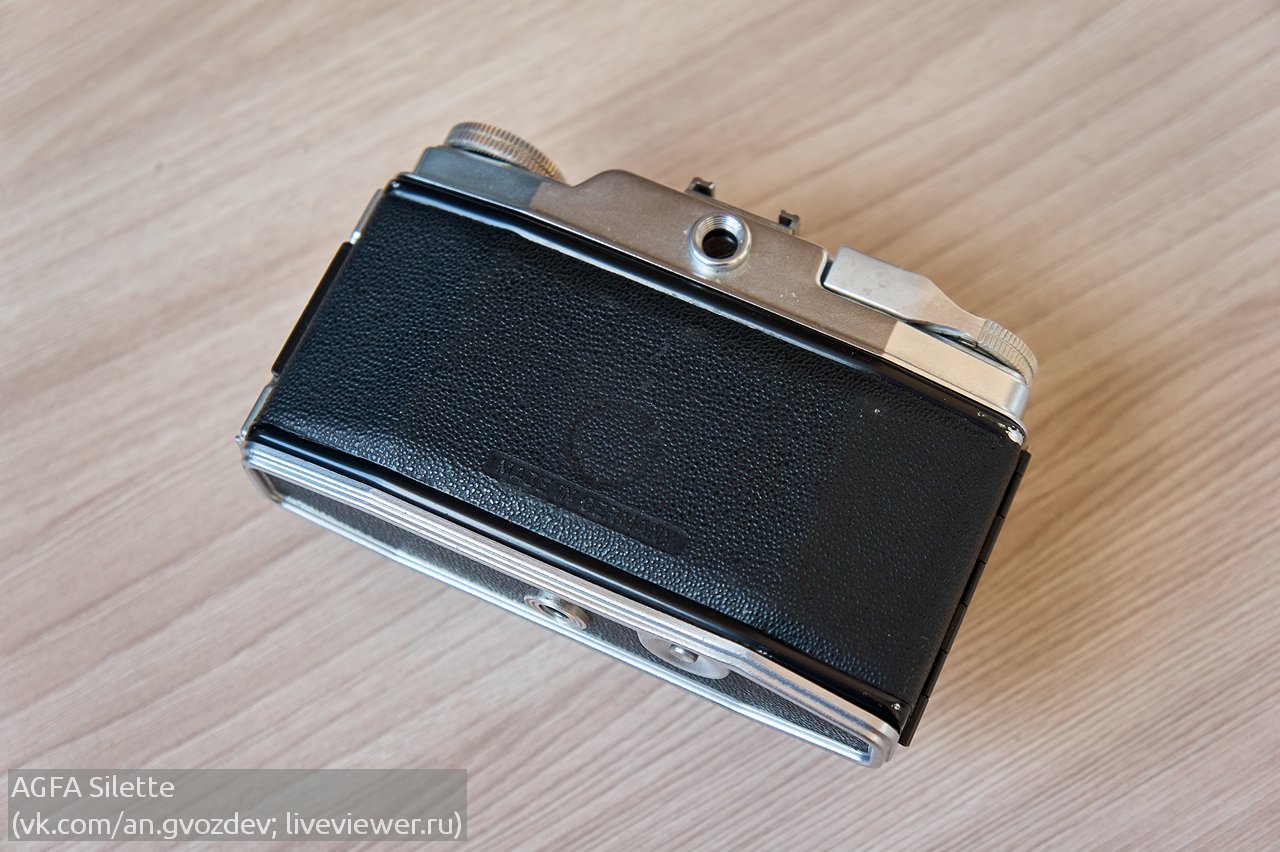 The Silette L, introduced in 1956, was based on the same body as the Silette with viewfinder, with an uncoupled light meter on the top plate. There were three successive types of meter, with a larger or smaller adjustment knob and a larger or smaller cap. The shutter and lens combinations were the same as above, except for the cheaper Pronto. 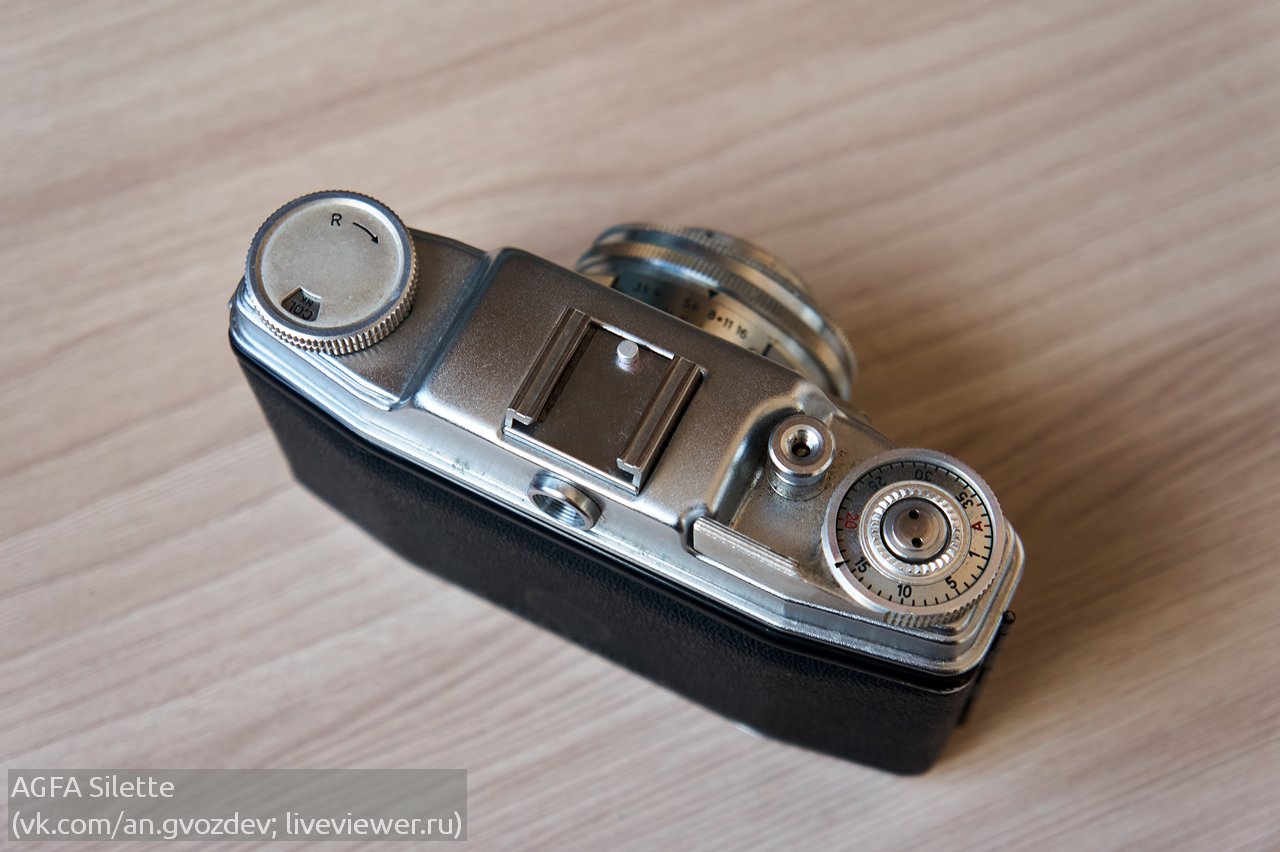 The Silette SL, released in 1957, was based on the latest Silette L, but the exposure meter was linked to aperture and speed settings. The lens was a Color Solinar 2,8/50mm and the shutter was a Prontor SLK up to 1/300.

In 1958, the Silette LK was a cheaper variant of the SL with an Agfa Color Apotar 2,8/45mm lens and a Pronto LK 15-250 shutter. Released the same year, the Silette Automatic (first called the Silette SLE) represented the best evolution with a collimated viewfinder and meter readings visible inside. 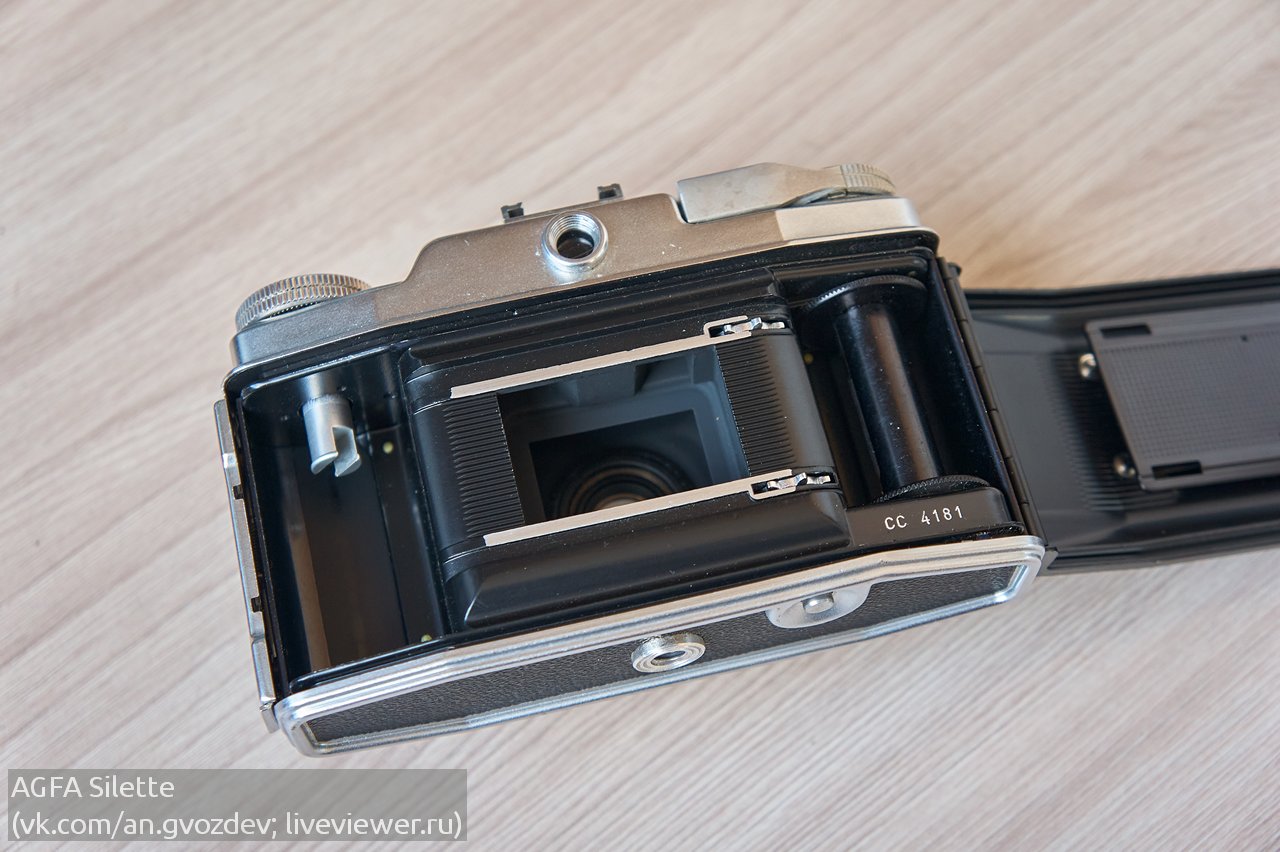 In 1958, the body of the base Silette model was slightly modified, with the cocking lever hidden in the top plate and the viewfinder enlarged. The cheaper models had a simple viewfinder, while the better models had a collimated viewfinder with a second window for better illumination. Lens choices included Agfa Agnar 3,5/45mm, Color Agnar 2,8/45mm, Color Apotar 2,8/45mm and Color Solinar 2,8/50mm. Curtains were the usual Pronto, Prontor and Compur Rapid, as well as Vario B-25-50-200 on the cheapest model. Some of the simpler models were sold in the US under the Solina name. 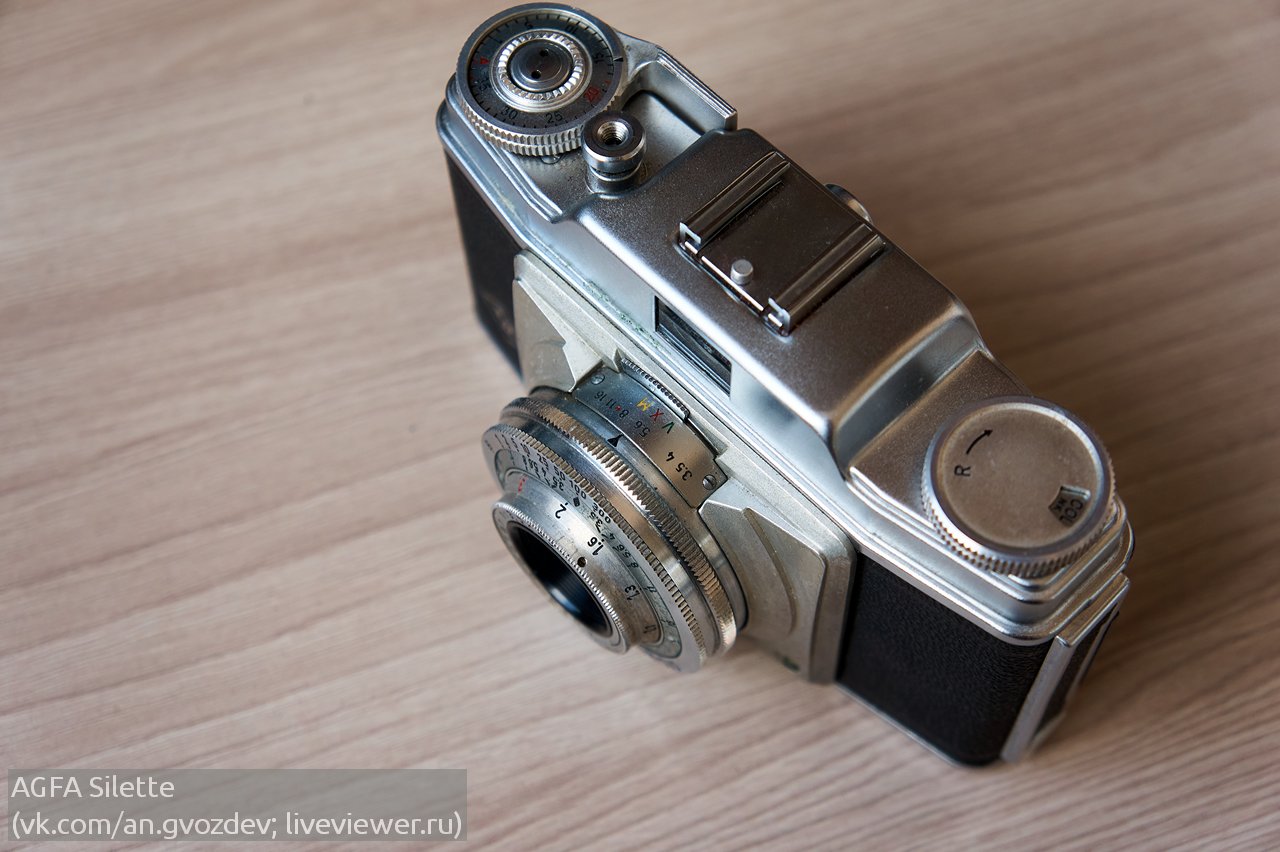 One variant of the base 1958 Silette had a different raised top plate that declared the styling of later models. There were prototypes of the Silette Stereo model.

Some of the later models received a similar body to the fully automatic Optima, such as the Super Silette LK. Around 1970, the camera series received a more modern body and a red sensor dot as the shutter button. The Silette LK sensor cameras were late examples of selenometer cameras. 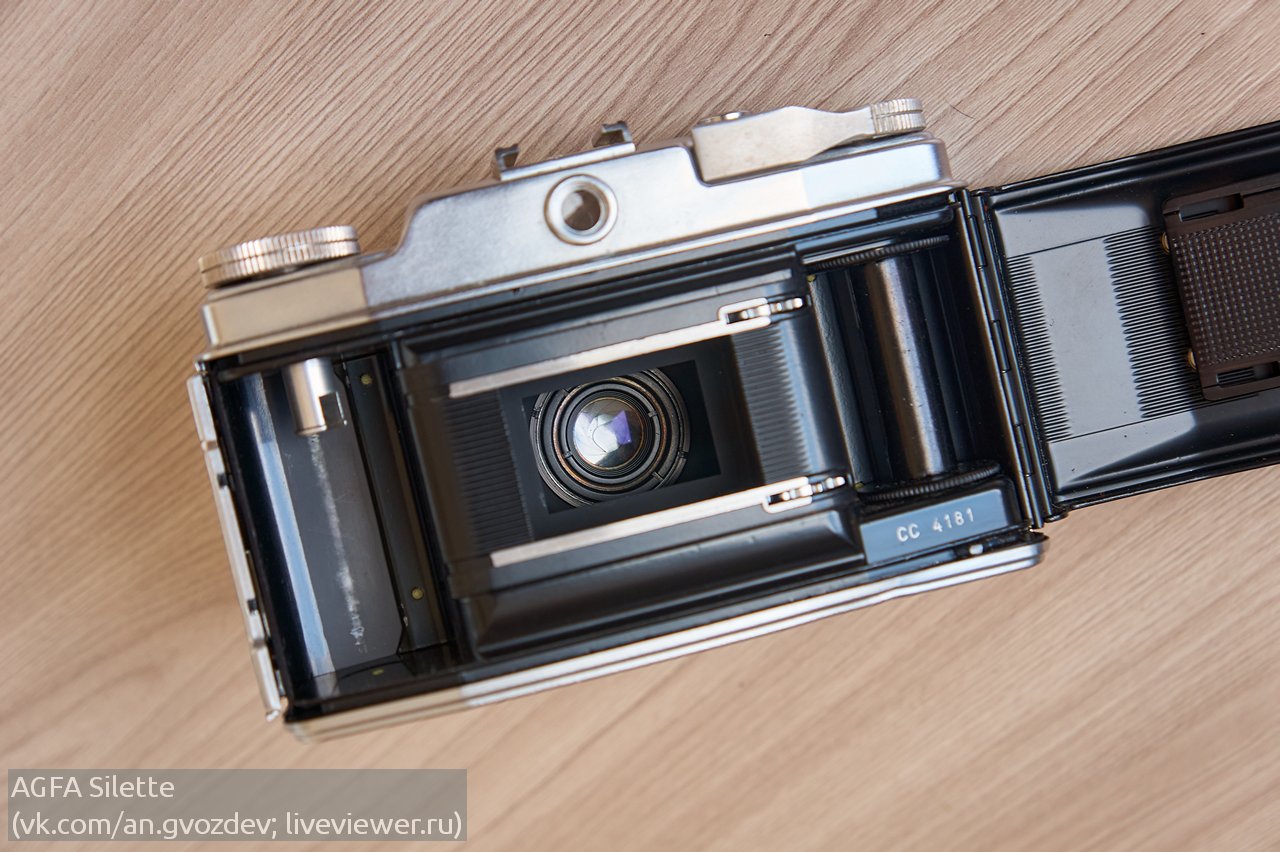