Zenitar 2/50 is a mirror standard M42, which has a threaded connection of the same name with contemporary lenses of the camera. The optics can be painlessly used on modern digital cameras through an adapter with an M42 thread. Read the article about adapters.

The lens has been designed to Krasnogorsk plant them. Zvereva, as standard for Zenit cameras of later releases with plastic body panels. Can be found in the kit with cameras: 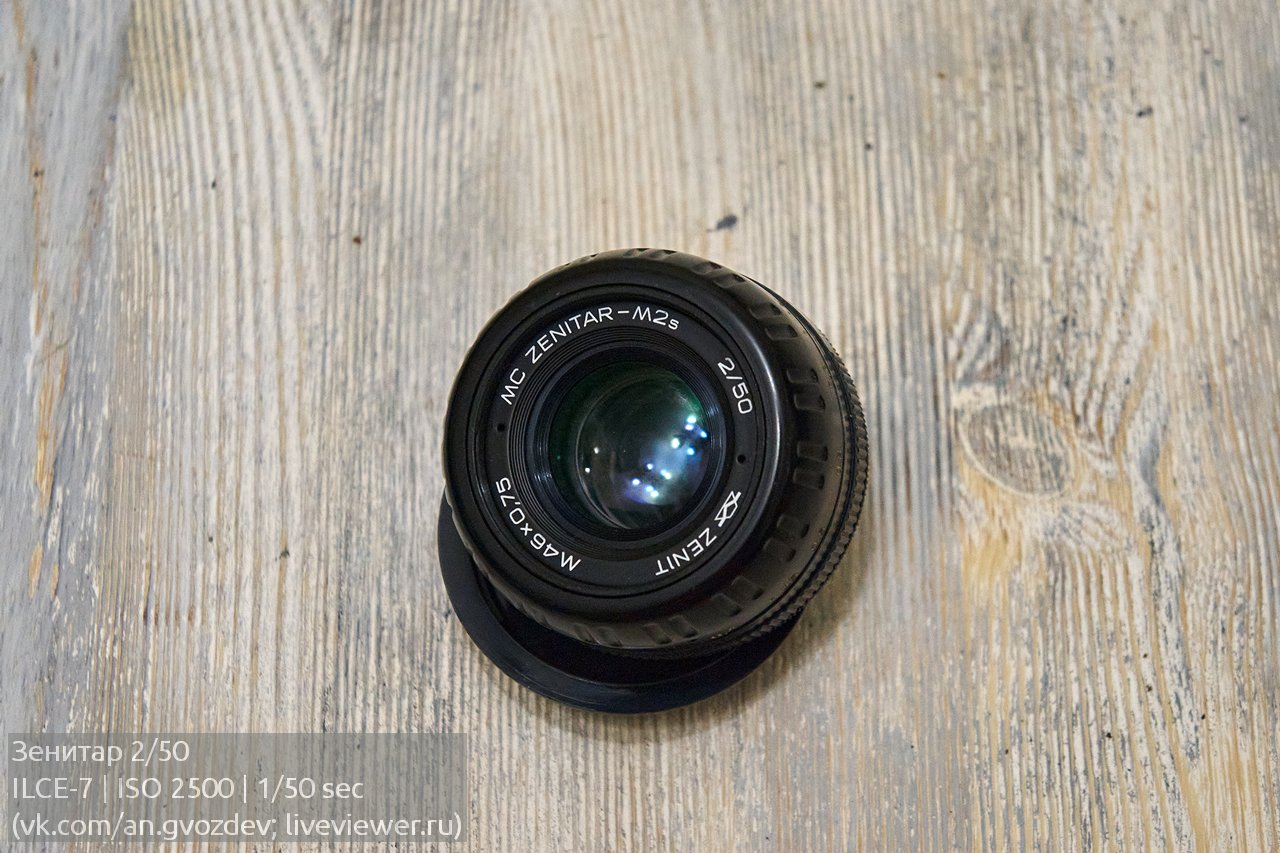 Zenitar 2/50 was produced in several modifications:

The new standard lens for cameras manufactured by KMZ was supposed to be cheap to manufacture, give good image quality and have a design that resembled new Zenith cameras with plastic body panels. An important factor in the production was the ability to use the optical scheme for rough processing of parts and low precision in the manufacture of cases. Therefore, there is an opinion that some lenses are better than others. 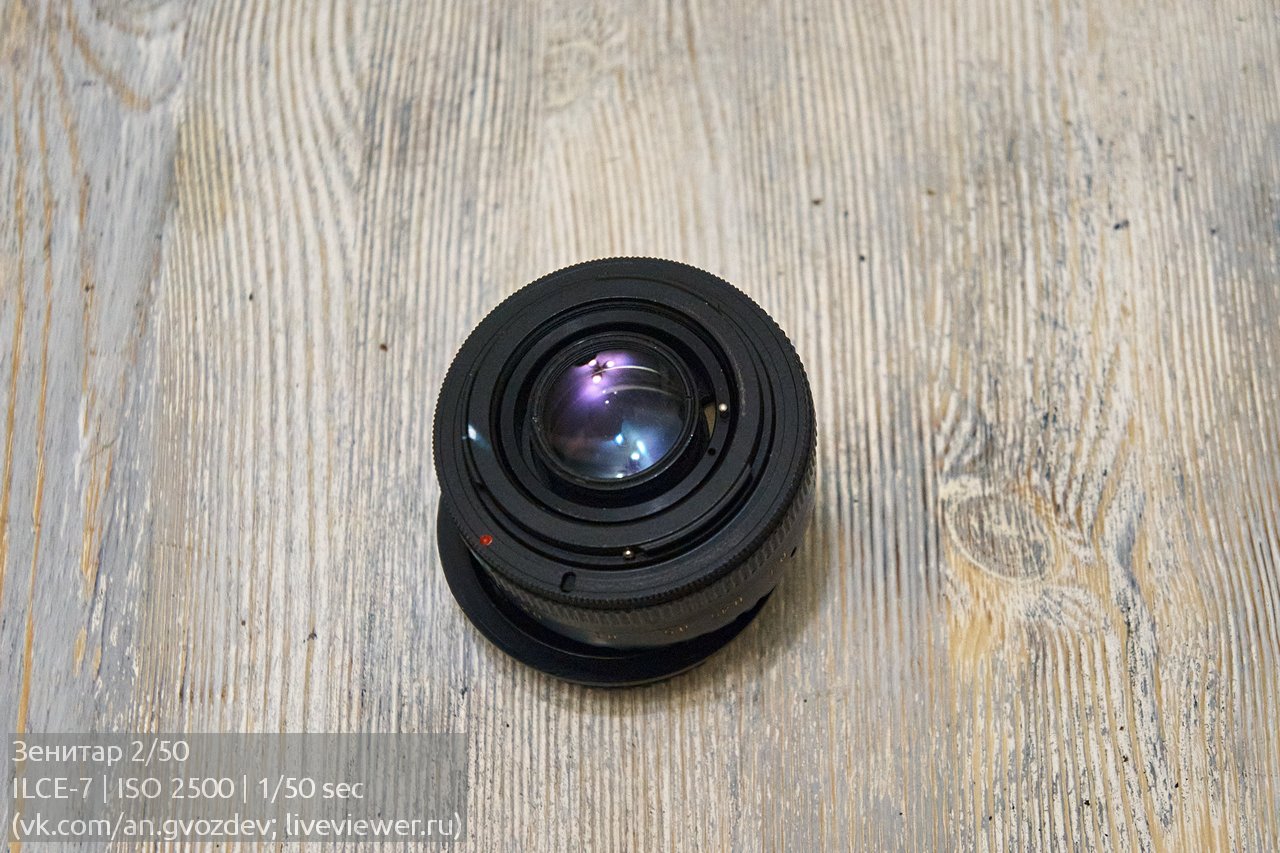 But for example, comparing helios of various modifications, I have never come across (more than 1000 lenses passed through my hands) completely out of hand processing of details or optically dead glass. On the contrary, I noticed that there is a slight difference in sharpness, but it is not so critical that it can be attributed to the statistical error of our life. And the really killed specimens were simply exploited carelessly. That's the whole difference.

I got a lens for review, which was removed for some time, and then put on a shelf. At the same time, comparing with another one of the same, I noticed that only the following opinions on this glass are true:

When working, it is felt that the focus ring has free movement vertically and horizontally, and also rubbing against the aperture ring.

The creepy implementation of the focusing mechanism is painful to work with. The ring slows down and rubs against the contacting parts of the optical unit and other parts. The focus ring tilts in the direction of rotation.

It has a rigid fixation (for a plastic ring, the stopper can be made lighter), because of this it often twists off the camera.

Despite the fact that catching the depth of field when shooting a full-length portrait on an open (with a bokeh, that's all) is a rather non-trivial task, nevertheless, the lens is good. But I will mention this even below. 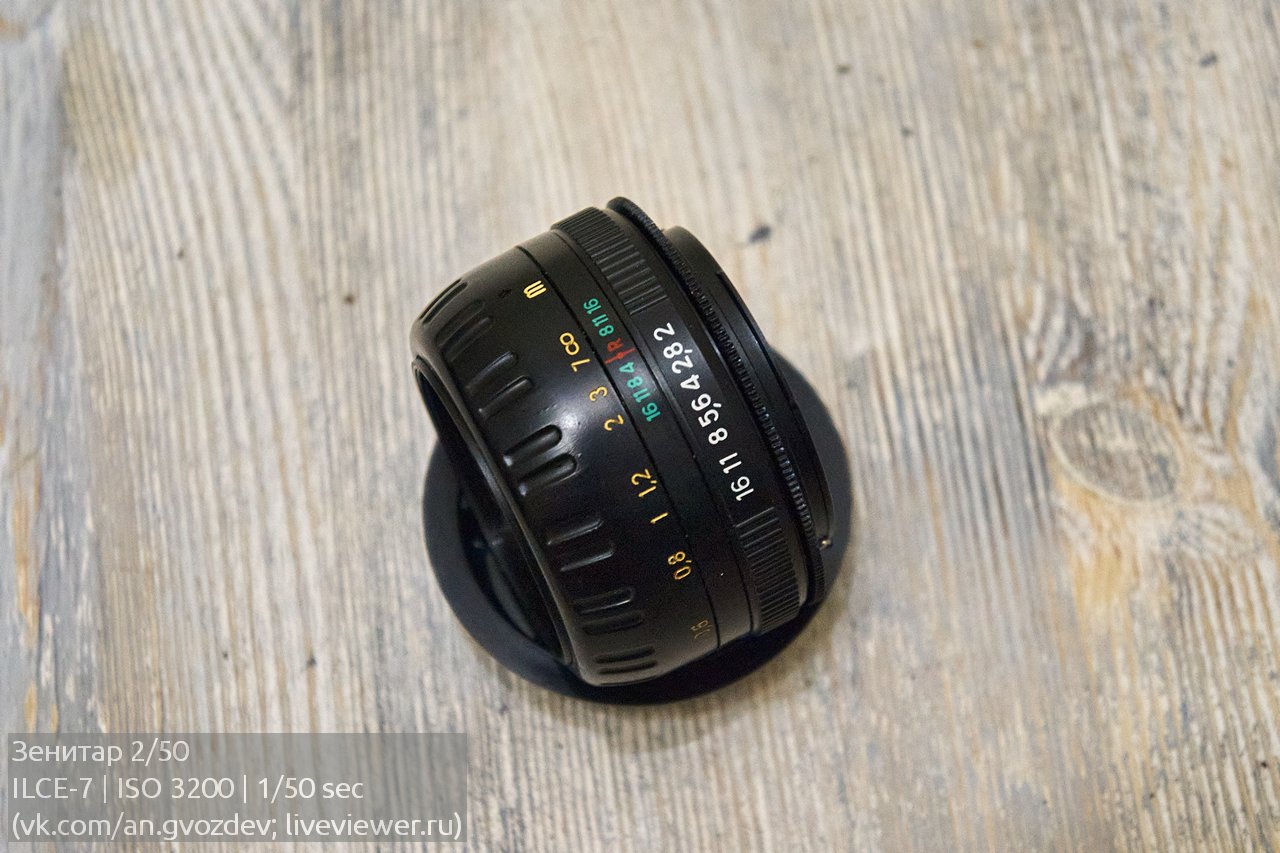 In general, despite the cheap body materials, the lens is worthy of attention primarily because it is the cheapest high-aperture lens with manual control. Yes Yes. Zenitar 2/50 in 2004-2005 were sold new from the factory for a ridiculous 1200 rubles, and even if the dollar was recalculated for the current date, it would remain the cheapest high-aperture half. The next would be YN 50 1.8, in which there is, as it were, AF, but in fact it is not there and you have to turn the knobs. Yes, of course, you can already get a Canon 50 1.8 II for about $ 30, but there is a problem with autofocusing, like the YN 50 / 1.8. Canon). 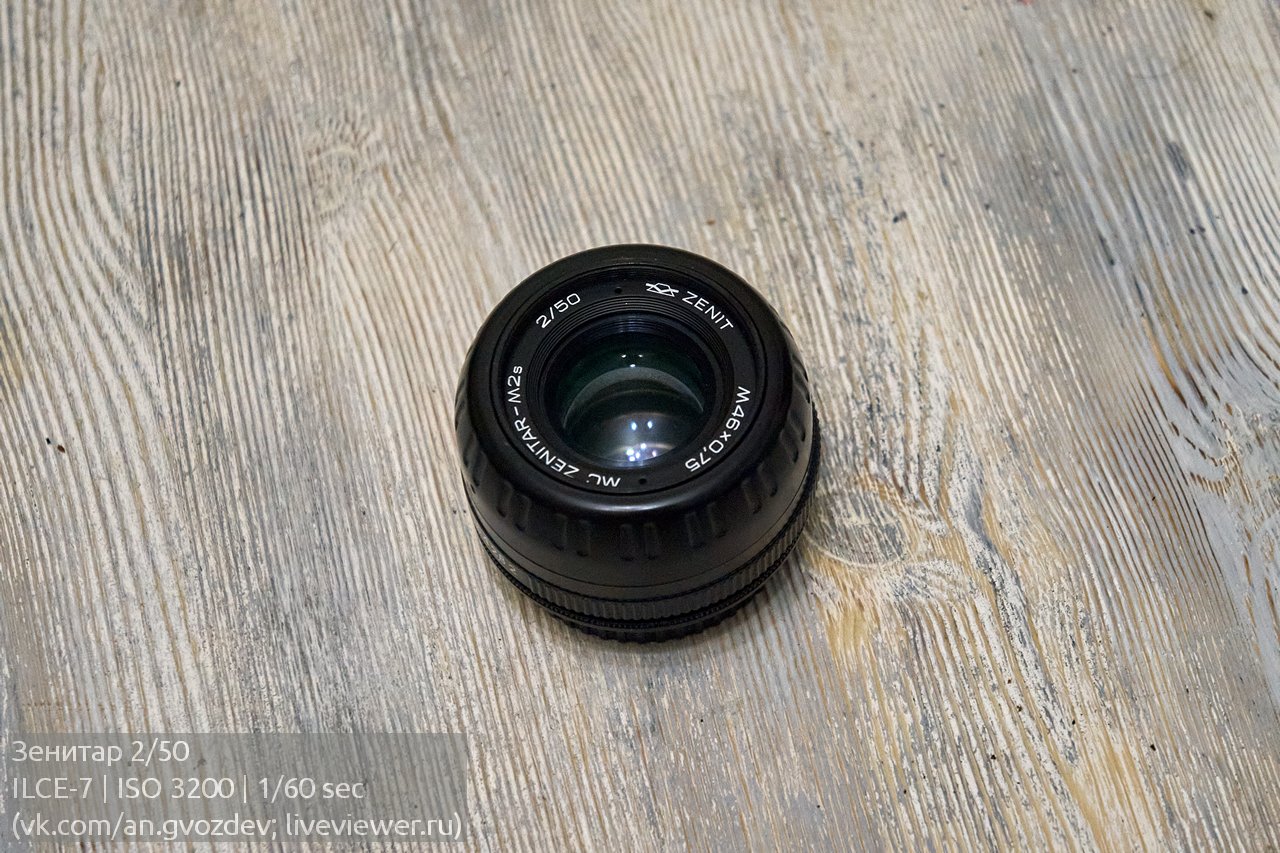 The bottom line is that we have a lens with terrible ergonomics, but fast and the cheapest on the market. Even on a used market. It is actually cheaper than Helios in its bulk, although, as it seemed to me personally when studying the optical scheme, it is a recalculated version of those same Helios 44 series. In addition, it is equipped with high-resolution optics:

This is a good indicator among manual optics of that time, among Russian and USSR developments. On my own I will add that at a resolution of 40 lines or less in the center, helios have a nice looking picture, sharpness and detail. The numbers are just for comparison. Schemes Helios 77M-4 and Zenitar 2/50 in the picture differ quite a bit. So ... Quite a weighty suspicion creeps in about the adaptation of the scheme to new realities. Hello Planar!