Voigtlander Bessa is a scale medium format camera equipped with a Braunschweig Voigtar 1:3,5 F=10,5cm lens built into a Compur-Rapid shutter. Bessa was produced for a very long time, and was equipped with various lenses. Among them were:

The release of the camera has begun in 1929 year and continued even after the war. The year of release can only be determined approximately, since there is some consistency in the zoo of modifications. In particular, according to the presence of a sports viewfinder under the cover, the absence of a sync contact, the number on the shutter and some other little things, the year of production is approximately between 1938 and 1939. 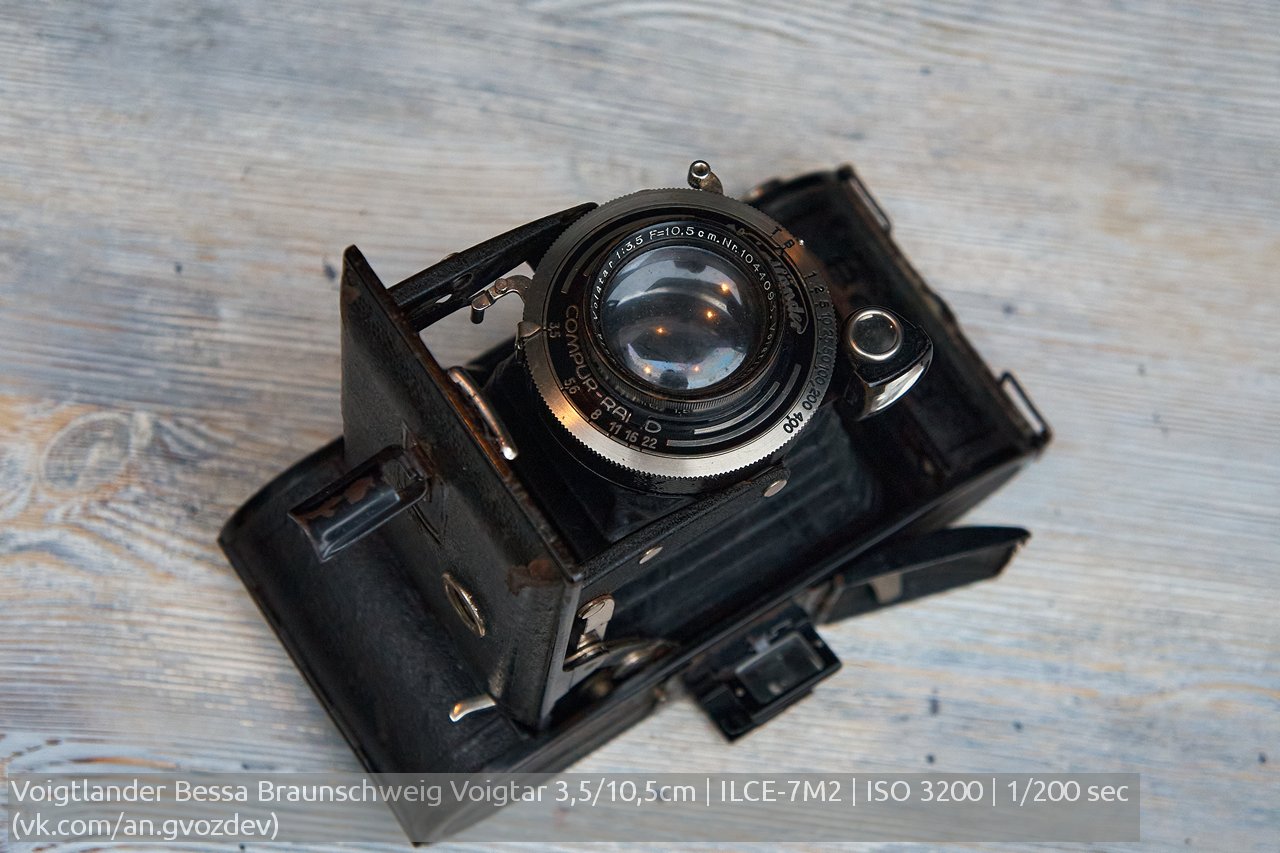 The camera shown in the photo has: 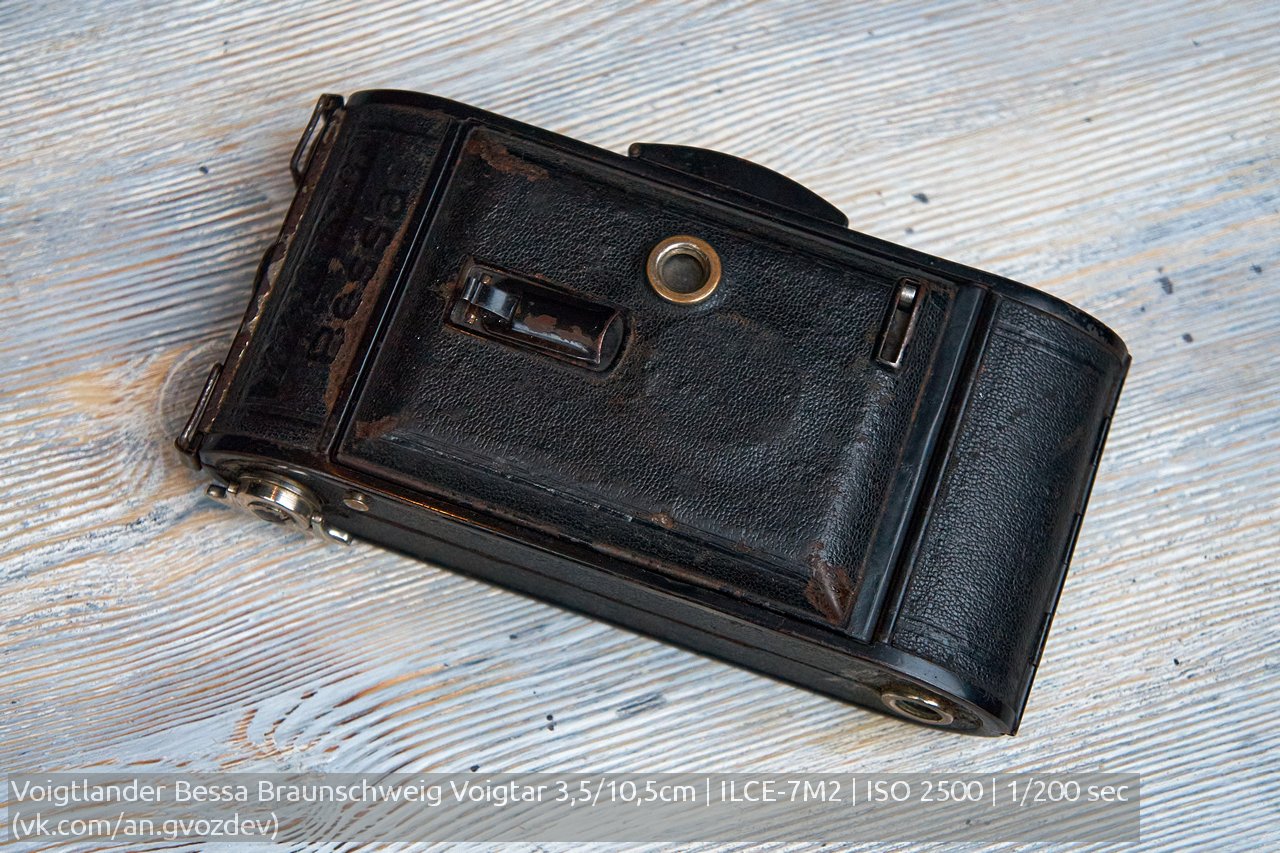 In general, despite the fact that the camera is pumped for those times, and approximately dates from the period 1938-1939, it is not rare and is not particularly valued. Well, at least for Collectiblend you can count on an honest hundred bucks for a Bessa in amazing condition. Of course, the information on that site is clearly for reference, since these cameras can be found at any foreign flea markets for $ 300. 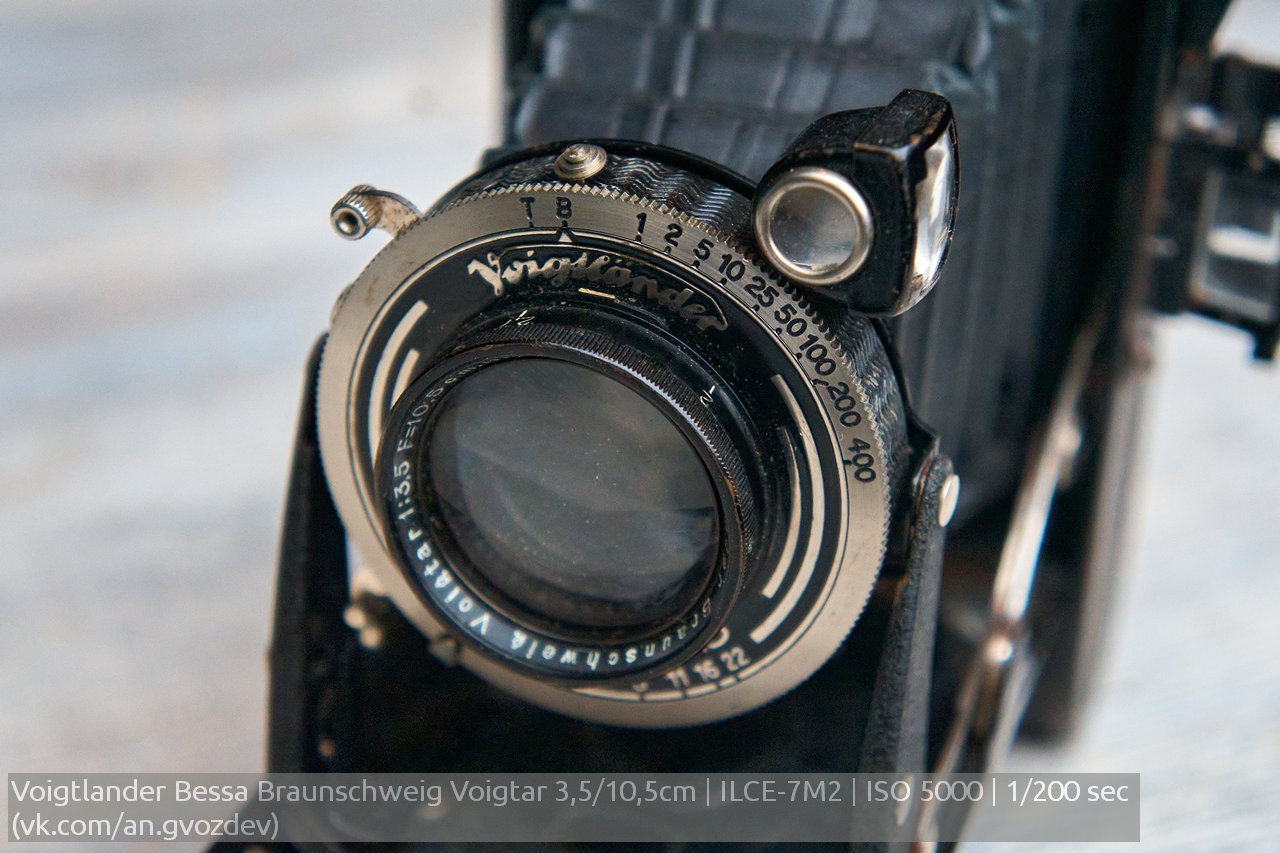 For those who used Soviet folding medium format cameras, the design is familiar. When folded, the camera does not take up much space. For unfolding, you need to use the button on the bottom next to the film advance handle, and to assemble it, just press the bar under the lens on the door, and the camera is instantly assembled. In cheaper versions, Bessa was not equipped with a button and a bar under the shutter lens, and was assembled by pressing the door guides. Bessa was also produced with an unmarked scale on the lens, but with pictograms applied instead of distances. 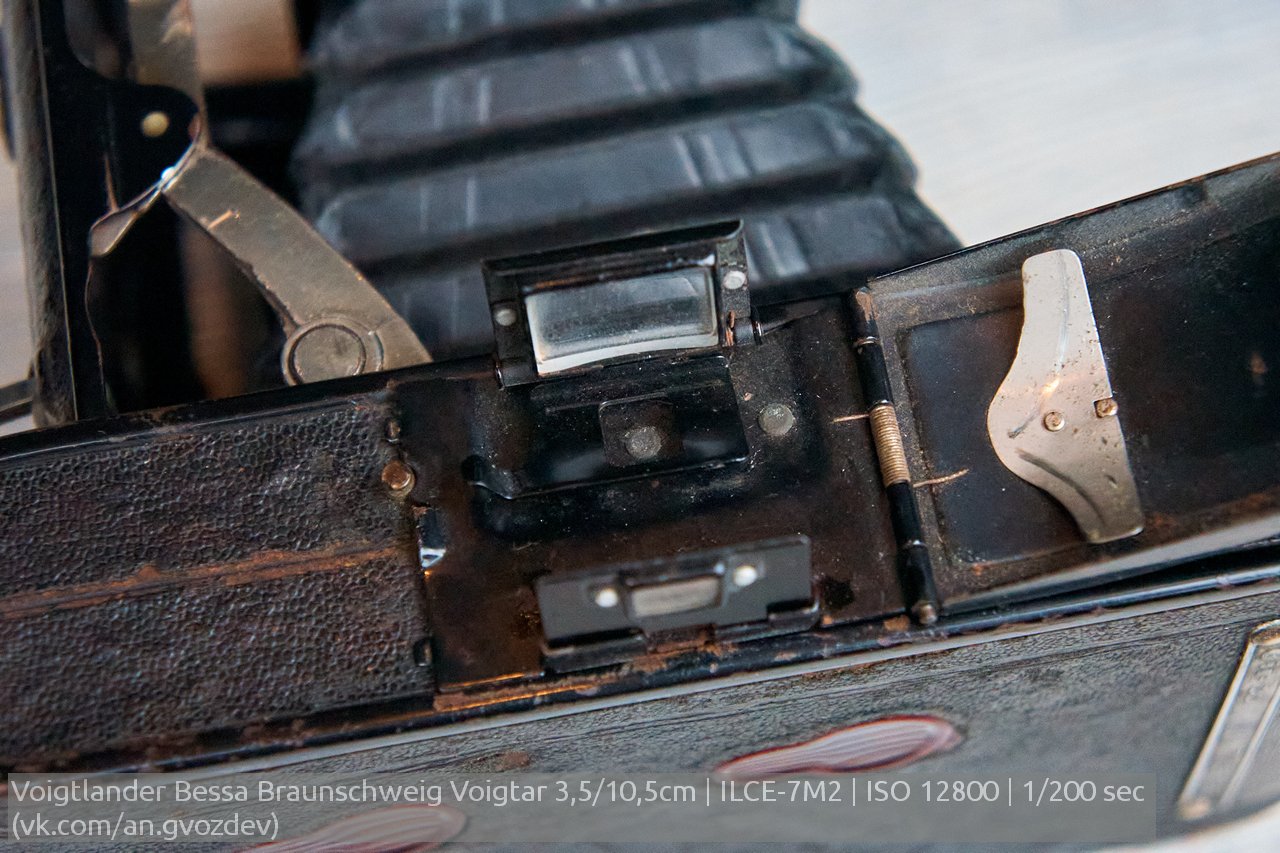 Focusing was carried out according to the scale on the lens, and the calculation of the depth of field is marked on a plate nailed to the rear wall of the camera. By the way, in German, the single word “Tiefenscharfentabelle” literally means “table of depth of field”. 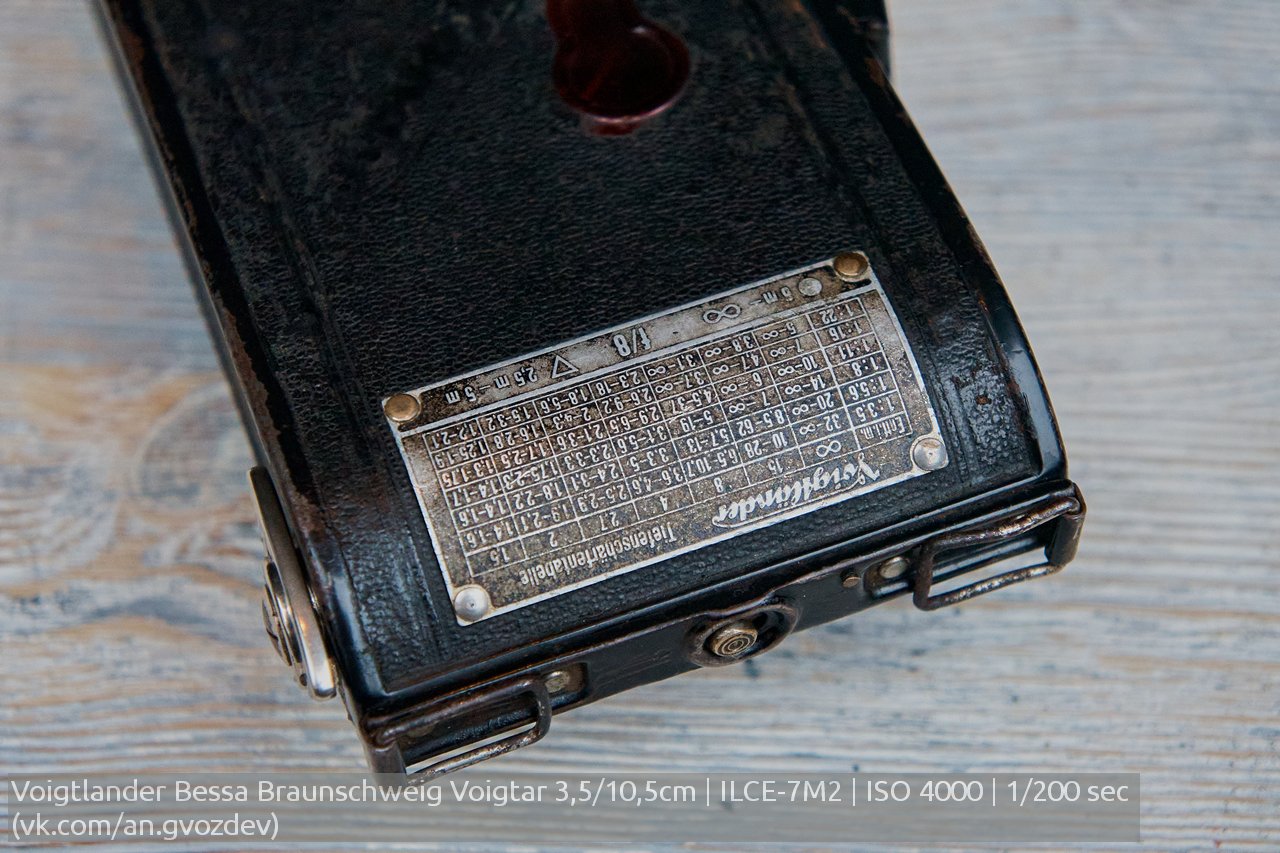 The Compur-Rapid shutter is a quiet central shutter with aperture and shutter blades mounted between the lens elements. Yes, the shutter and aperture on this camera use different blades. The shutter is very technologically advanced, like all the central shutters of those times. It is very compact, has many parts and springs in the mechanism. Only high-speed shutter speeds and self-timer work on this Bessa. Long exposures have become very long. Most likely the springs are tired, and it would be nice to replace them or service the shutter. 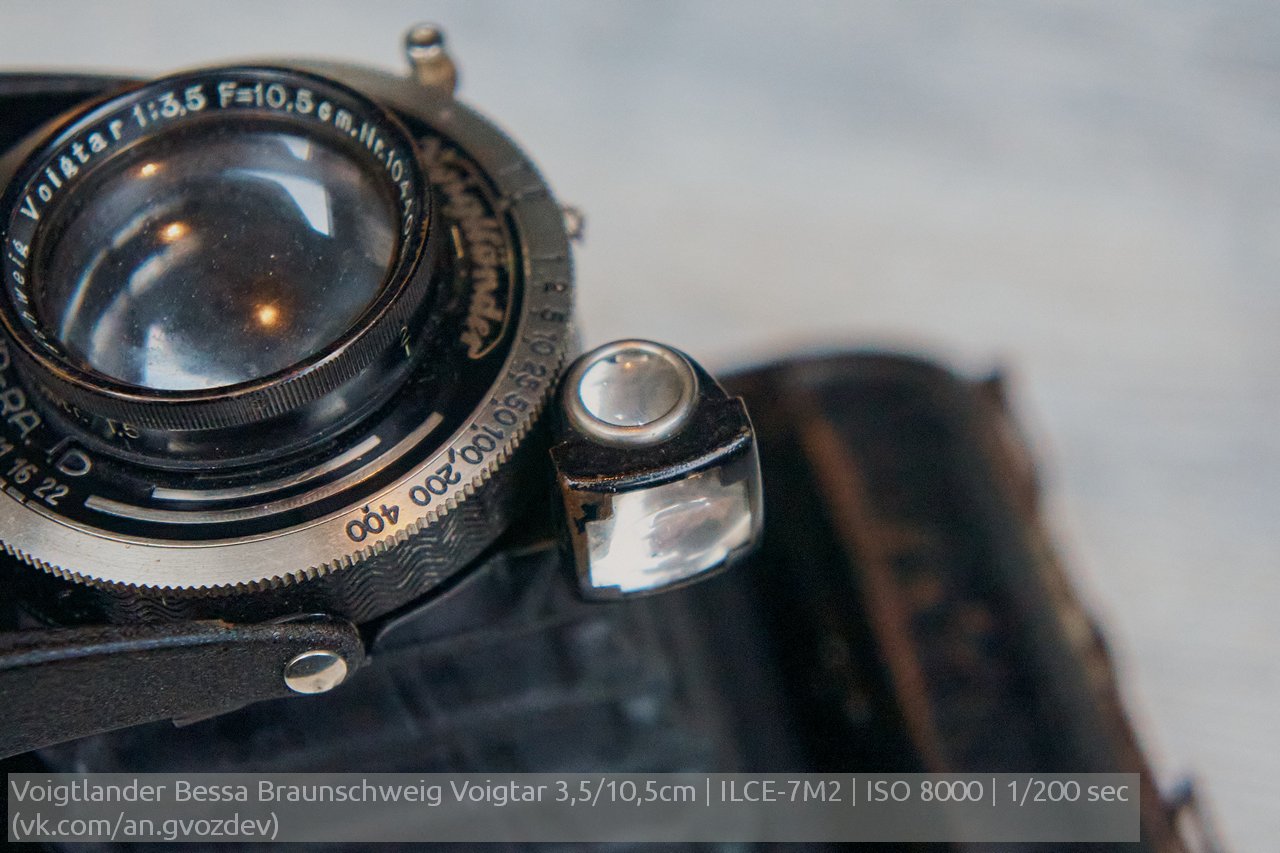 Sighting and framing can be done in two ways - through the external belt-type viewfinder of the "Brilliant" type, or use a lensed sports frame viewfinder. Frame, in my opinion, is more convenient to use, because it gives at least some idea of ​​​​the composition of the frame. The belt one is, firstly, square, and secondly, it is not very clear what is happening in it. 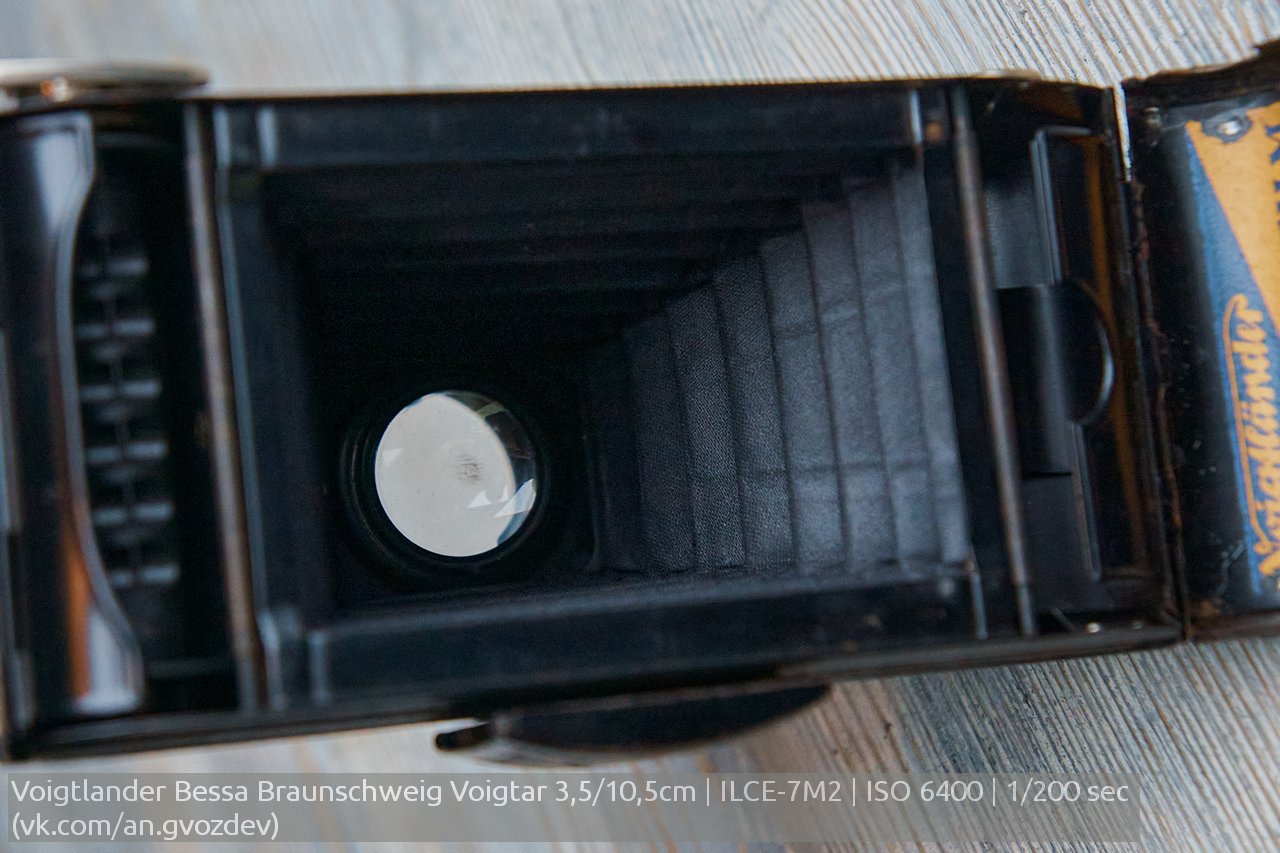 The camera is loaded with 120-type film in spools with a leader, there are red glass windows on the rear door for reading the frame number on the leader. The shutter cocking is not aligned with the film, so multiple exposures are available an infinite number of times. 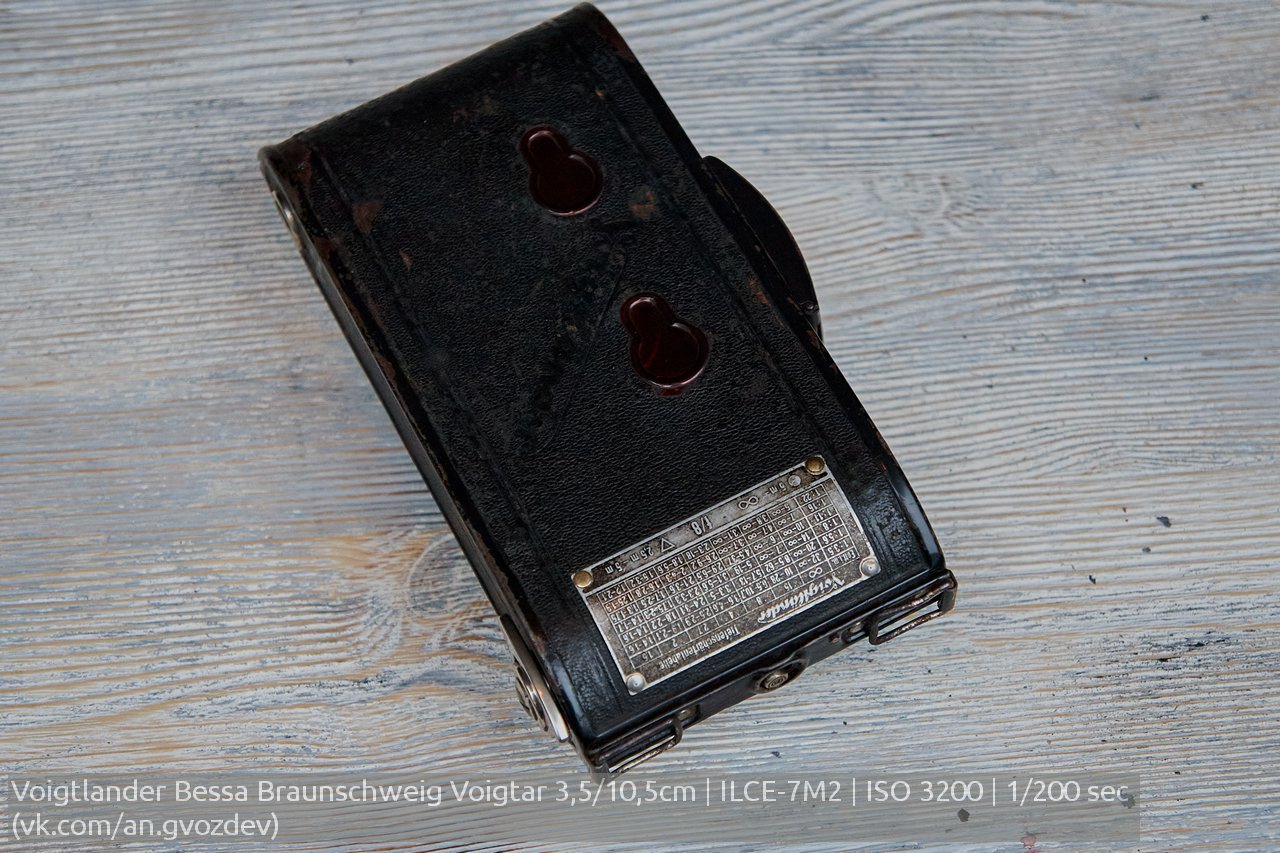 There is abrasion and scratches on the lens on the back of the lens, right in the center. When shooting in side light, scratches give black spots in shape that follow the contours of scratches. But despite the fact that the camera is essentially not workable, the thing is interesting and looks very exclusive. 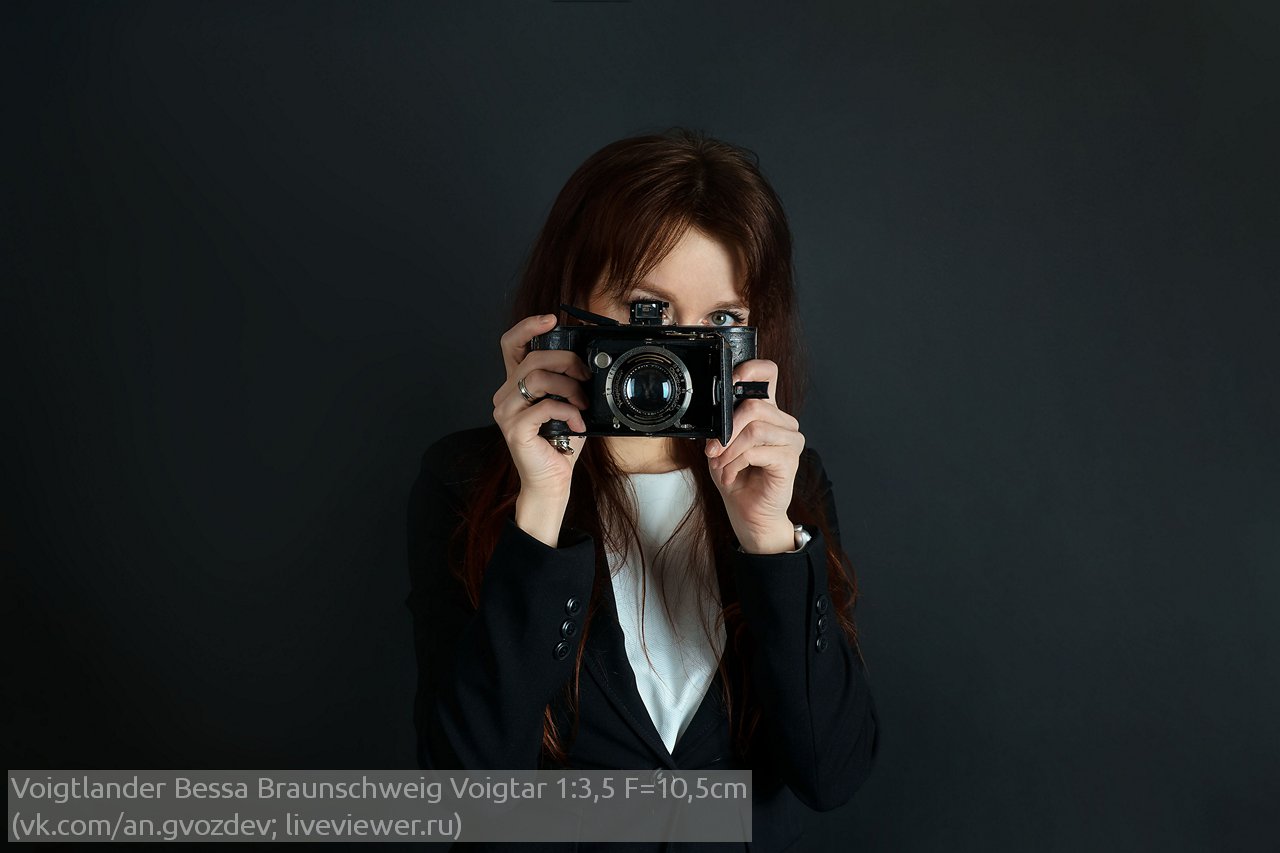 A working lens on the native frame gives good image quality, has good sharpness, but on the open frame it is a little soft.