It has a focus drive, produced by the Kharkov FED plant. It is the parent of the following lens models:

Developed on the basis of Industar-26, M - modernized. The original Industar-26 had the shape of a tube and implied a performance retractable into the camera body. The lens marking is made in the German manner, looks like

The numbering of these lenses is still ordinal-through, without weathering on the lenses. It is difficult to determine the year of production without having a coupon and a passport for the camera. The total production period is from 1956 to 1958, the production of the Kharkov FED Plant, standard lenses for cameras FED-2 the second and third issues, as well as FED-3 of the first years of production. On the FED-3 at first, lenses were installed with a marking similar to the hero of the review, but with changed controls. Then there are I-26Ms with changed markings and purple tint enlightenment. On modifications marked in the manner of the USSR, single-layer lens enlightenment was not additionally noted on the body. By the way, in addition to changing the principle of focus control, the mechanics were also redesigned. Newer lenses are easier to maintain. 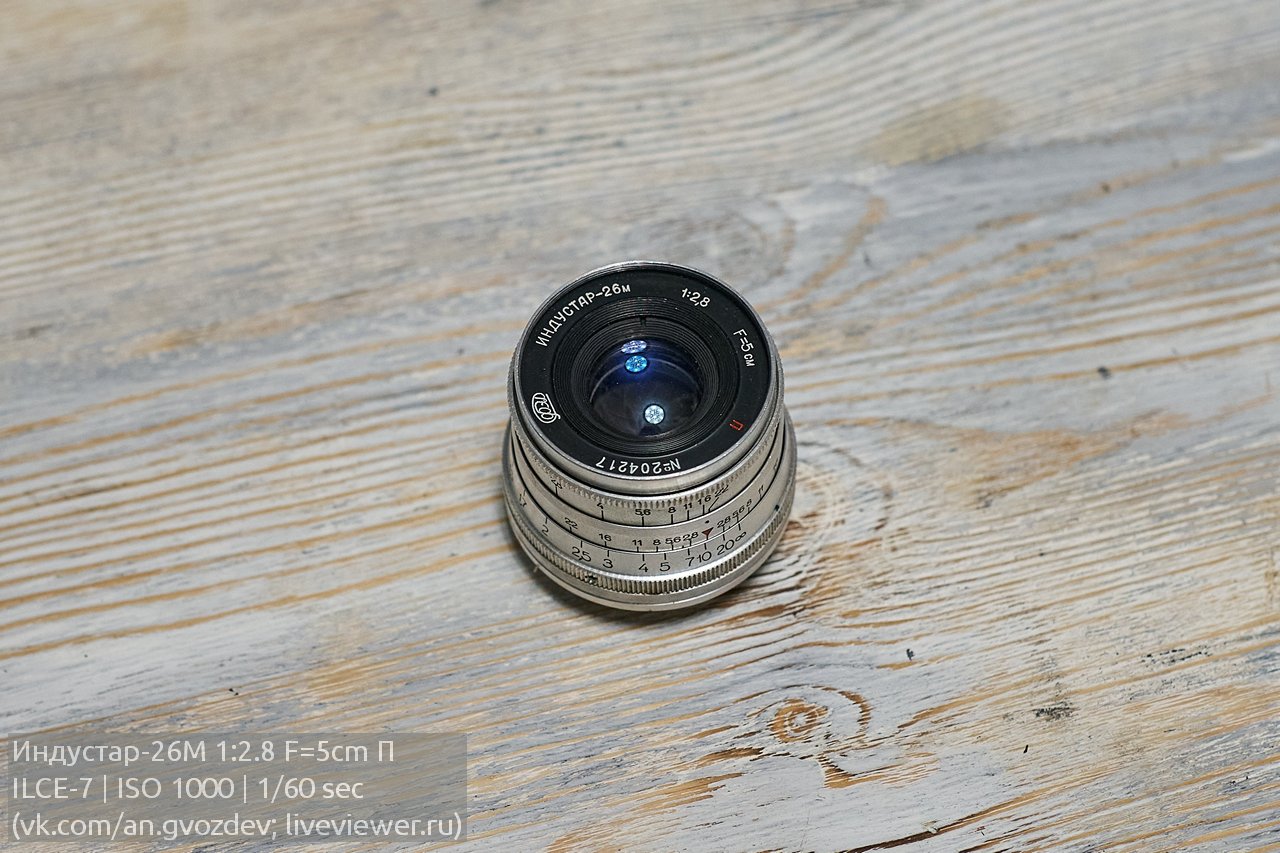 The lens shows good sharpness and color reproduction, the Tessar scheme offers high sharpness and most of the corrected distortion. However, Soviet types of glass could not provide sufficient sharpness and field curvature correction, therefore, after mastering the production of heavy crowns at LZOS, the lens was recalculated for their use. To be honest, I compared several industrial versions, and was pleasantly surprised that the picture quality really improved with the use of heavy grades of glass. By the way, by the time of the Second World War, German lenses could already boast of the presence of heavy and super-heavy types of glass as part of their optical schemes.

The calculation was made in 46 at the GOI. Optical scheme from ordinary grades of glass of the USSR. The optics are assembled in an aluminum case, which from time to time has become covered with black spots that do not rub off.

In work, the lens is not very convenient for me due to the minimum focusing distance of one meter. Still, I would like to get closer. In general, for rangefinder cameras, having lenses with MDF less than a meter at that time was nonsense. This is not an unfortunate drawback, since for most tasks the lens fits the way it was conceived and produced. A little later, in the model FED I-26m 2,8/50 got rid of the focus drive leash, and the lens acquired a ribbed ring, which is convenient to work with gloves in the cold, despite the close location of the ring to the camera connector. 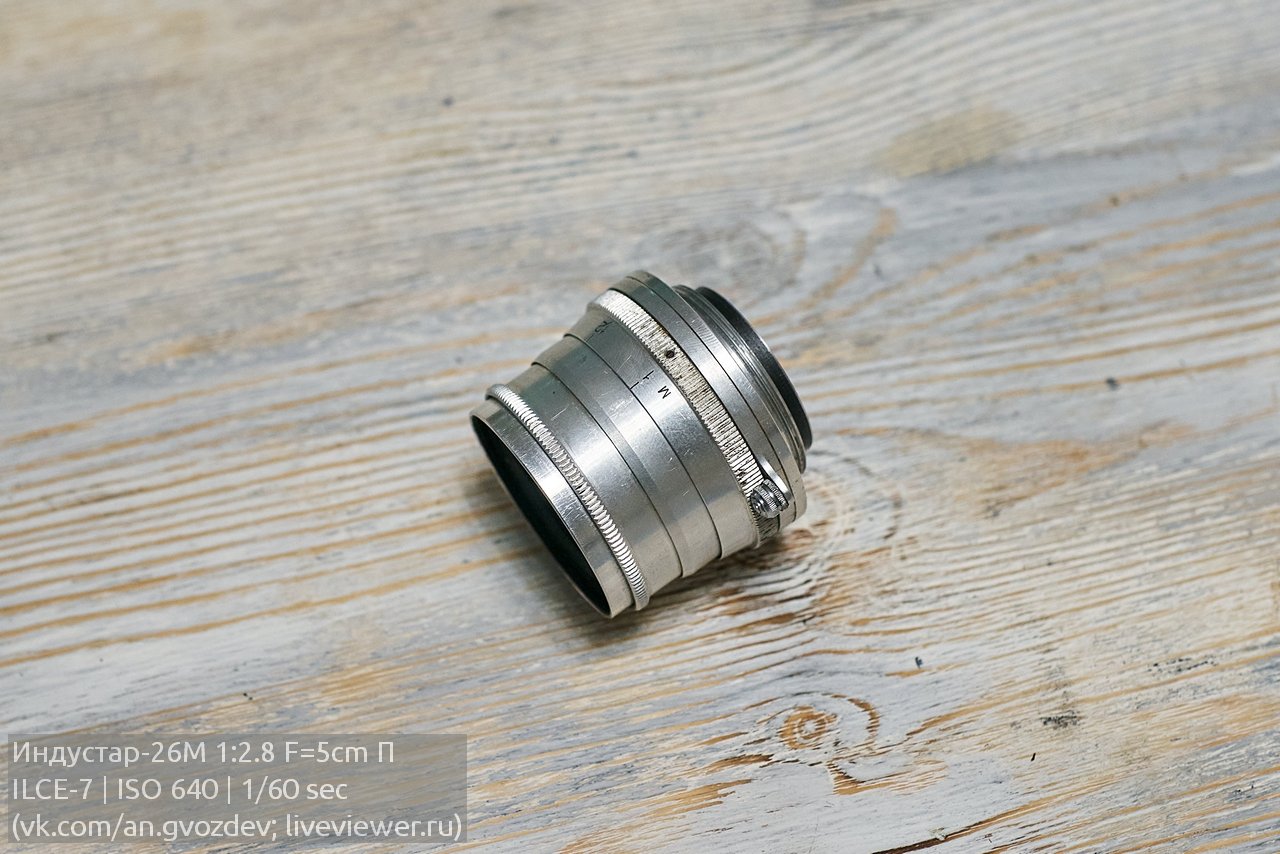 The drive through the leash tends to bite the thread, since the distribution of forces applied at one point with such a design is uneven. As a result, you have to switch to working with the ring completely. Since it is made thin in this lens, there are certain delays in operation. In addition, focusing is more accurate with a ribbed ring. 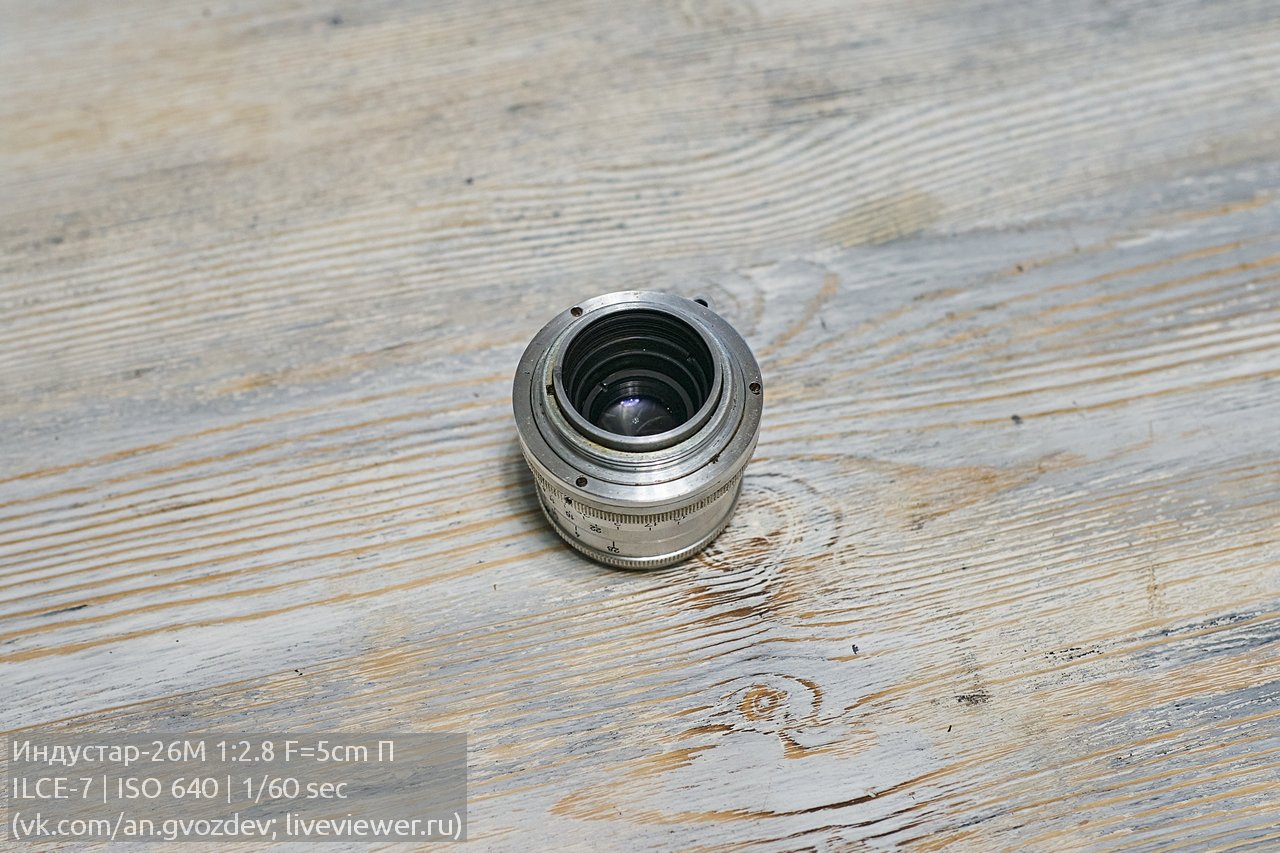 The lenses have a deep blue color, and later modifications had a less intense color coating. I note that despite the difference in color, the picture in the figure is somehow not particularly affected. Perhaps because I shoot in RAW and with automatic white balance. Most likely on the film there was some difference in shade in the case of working outdoors and indoors. After all, even the film was then produced separately for the street, and for rooms with different color temperatures. 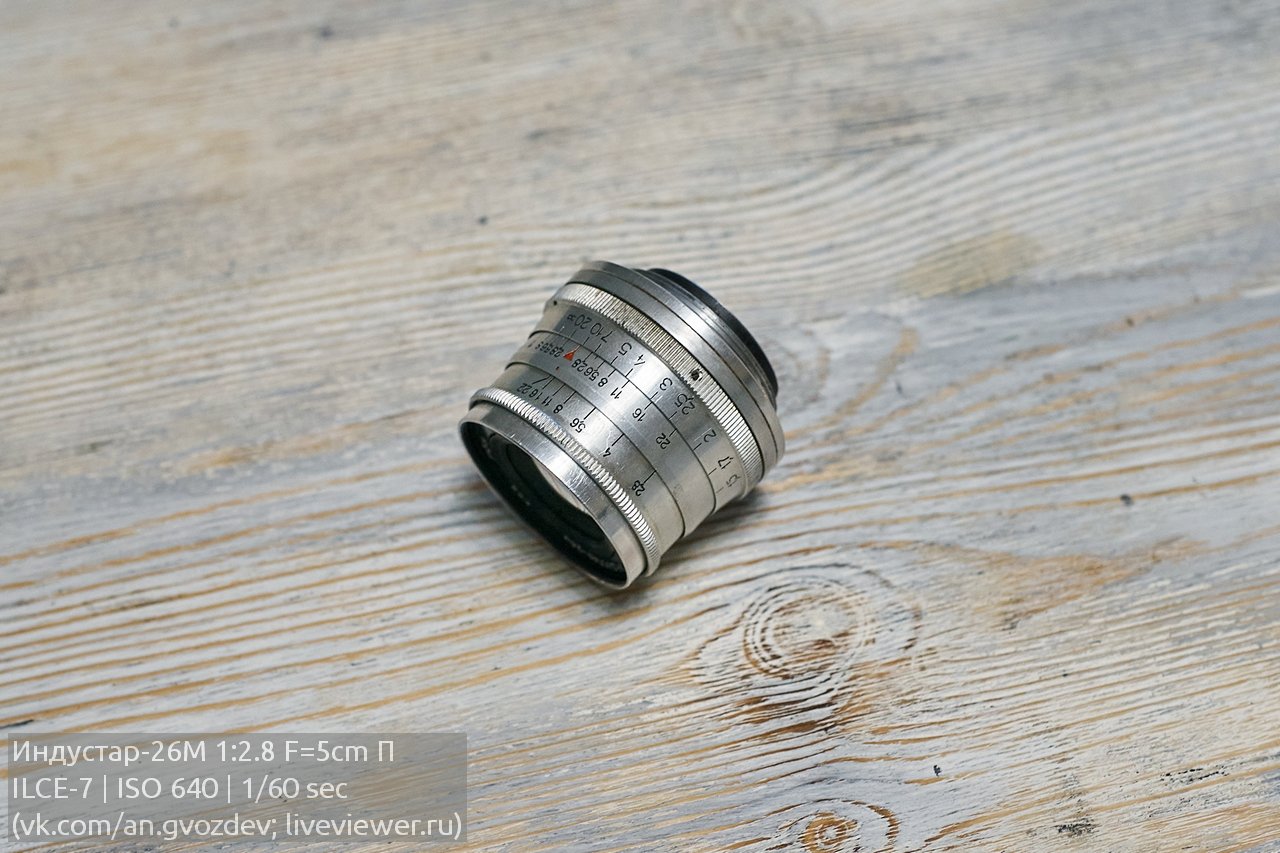 The aperture is controlled by the front thin ring, the values ​​​​are set steplessly, that is, the ring does not have a fixation and the setting is easy to knock down.

Shot on Sony A7, processed in Capture One. Photos taken in the late afternoon in the forest at aperture clamped to 8.

Industar-26M is a Soviet-designed tessar. On an open aperture, sharp in the center, and soft at the edges. With this lens you can shoot everything, and even a little more. For video, the control is inconvenient, in addition, the aperture ring does not have sufficient smoothness, and focusing, in principle, does not imply a prompt change in the situation around. You can shoot slowly, or shoot at a hyperfocal distance from the waist. It looks interesting, and copes well with its duties, giving a good picture. At first, this glass does not enter many people, but with skillful application it is an excellent staff member. Even despite its fierce antiquity.