Dismantling Kiev-6C TTL is a simple matter, in fact. All the mechanics will be in hand if you remove the camera shield and unscrew the 6 screws. The camera shield is fixed with chrome-plated screws. In order to remove the shutter cocking lever, you must first unscrew the decorative cover ring in which there is a disk reminding the photosensitivity of the installed film. Before directly removing the shield, it is necessary to remember the position of the shutter speed dial, as well as the mechanism under it. Otherwise, it will be difficult to catch the working value later. It is better not to twist the mechanism separately from the disc unnecessarily. It is also necessary to remember the order and number of washers under the cocking trigger. The hidden screw is under the leatherette of the frame counter switch (12/24). 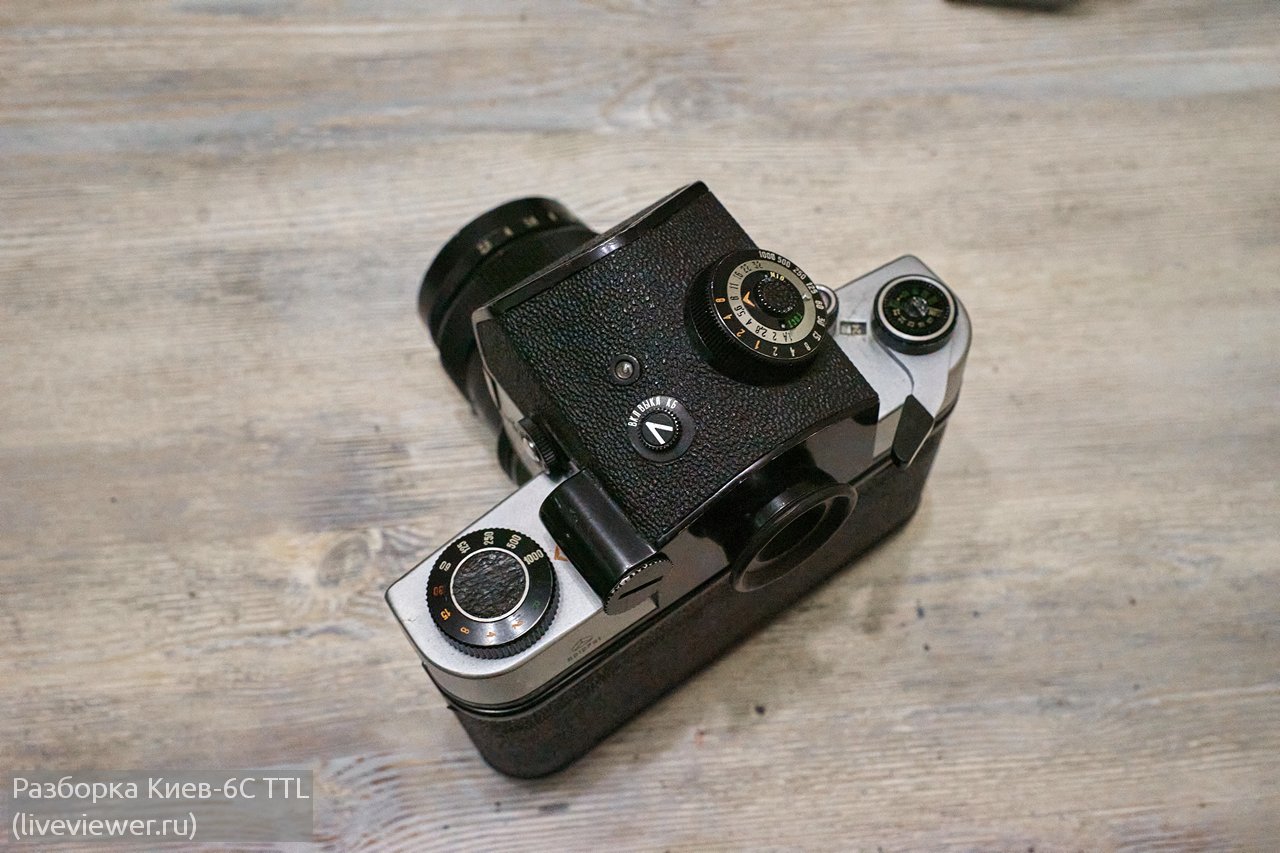 The problems of Kiev-6S mainly concern under-cocking of the shutter, when the handle has to be cocked with greater effort than on a working camera. Half measures in the form of increasing pressure on the release lever will not help for long - after a while Kiev-6S (Kiev-60 also applies) stops cocking completely, and to correct the bent mechanism, it will have to be disassembled to the ground. The reason is the cocking spring sagging from time to time. Lever free play also appears. Moreover, without a shield, the platoon works perfectly, since the trigger does not rest on the casting under the film frame number switch.

When disassembling, it is necessary to remember the location of all elements, and it is better to photograph them. In the absence of books on how to repair these cameras, it's best to have a working donor on hand.

Specifically, the malfunctions of this Kiev-6S:

The camera was left in storage with the shutter cocked, the first curtain under the pressure of the spring stuck together in the folded state, and eventually lost the rubber layer. In view of the fact that there is no material for the manufacture of curtains, and the curve of mechanics (led all the guides and plates where the gears are inserted), as well as instructions for repairing the Kiev-6C camera, it was decided to assemble and leave it as it is, until better times.