Zenith Selena 1.9 / 58 - a lens with bokeh control in the blur zone. A long time ago, , materials on fundraising for the production of a copy of the Petzval lens for modern cameras appeared on Kickstarter. Surprisingly, the amount was collected quickly enough. As usual from the promo video, Krasnogorsk Plant named after V.I. Zvereva. <…> Years have passed. The batch of Petzval 58 BC (bokeh-control) was sold out, and even on the Lomography website they disappeared from the catalog (they could have been left for history, at least). The same promo:

Until recently, the second version of this lens was sold, but with a focal length of 55mm and an aperture of f / 1.7. Of course, the design has become more modern, the weight has decreased ... But ... It turns out that the Petzval lens scheme quietly migrated to another frame and entered the Russian market under the name "Zenith Selena 1.9 / 58". Zenith Selena 1.9 / 58 (you can also put a cool abbreviation “BC” in these brackets!) This is a lens with a fixed focal length and the ability to manually control background blur by turning the wheel. 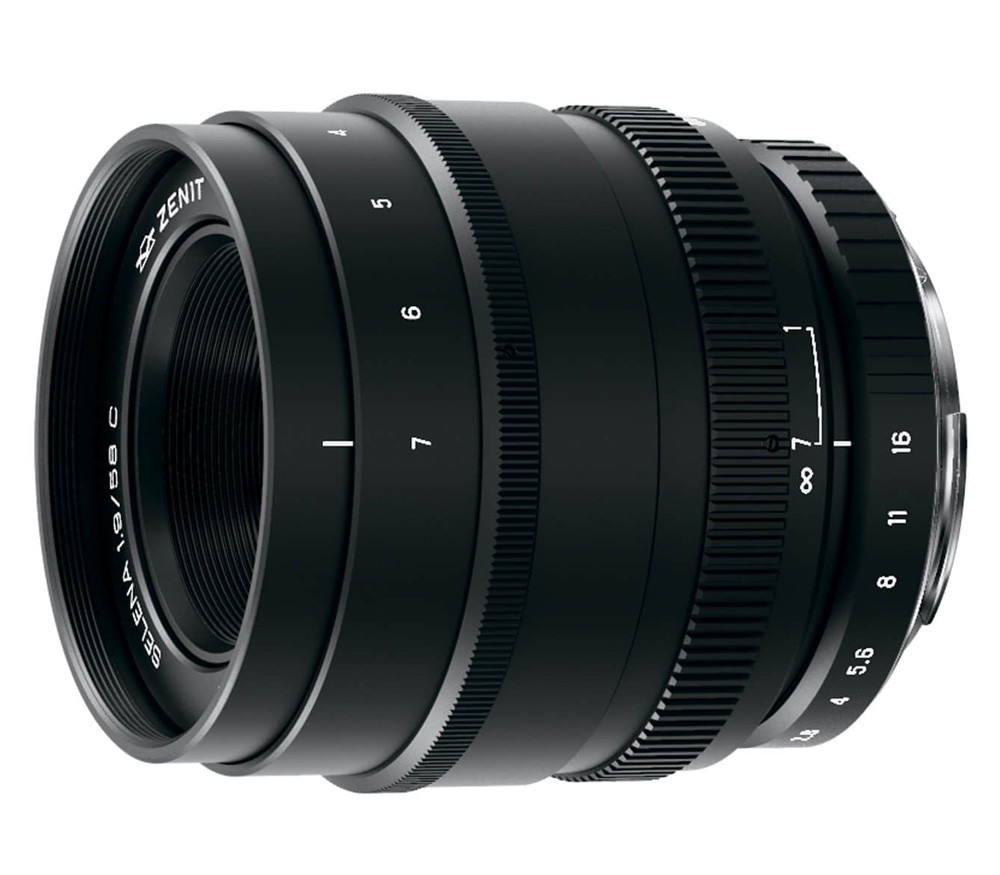 And you know what I'm going to say? Well, this is the very personal opinion, which, as a rule, does not interest anyone - why not "YES?" I would like to express my gratitude to the KMZ personnel who participated in the development of this lens, as well as for the very fact that they did not deprive fellow citizens of a very interesting solution in terms of optics. Another would be to shoot advertisements, so to speak, to show the strengths of the lens. And then, something, somehow the lenses come out, but there is no media support, as it were.

KMK, people have long been fed up with all this correct bokeh and drawings, beautyflower bark and other, set on edge, boredom. After all, it’s not for nothing that the request for film and crunchy photo shoots is again relevant (well, remember how we shot all sorts of game on the first mobile phones?) And even the delay flies away with a whistle, although it lay at least a dozen years and thought no longer wait in the wings.

As for the Selena 58mm f / 1.9 itself, we will not find anything unusual on the body. Except, of course, for the third ring towards the far end of the case. The ring is magical, it has a graduation from one to seven, and allows you to control blur along the edge of the frame by moving the front lens block, thereby giving the picture a very interesting and swirling look. A similar thing can be observed, for example, if the front or rear lens of Helios-44 is turned over. Then the proprietary swirling of the Helios background manifests itself to a greater extent, I would say, it hypertrophies excessively. Like my EGO when I hold an unusual glass in my hands (no). I will write a separate article about this soon. But it is not exactly. In general, there is a whole scope for creative shooting.

Undoubtedly, even small batch production is better than none at all. The lens really turned out to be special, and it is worth paying attention to those who are looking for a new tool for creativity.

One comment on “Zenith Selena 1.9/58 – the second wind of Petzval | sample photo and video”