Autolykon-645. Medium format that had no analogues outside the USSR

Autolycon-645 is a unique development. The more I explore the topic of photography, the more I am surprised at what kind of flight of engineering thought was at that time. And the more often thoughts arise that if it were not for the total shortage of microelectronics, and under certain circumstances, the USSR could conquer the camera market all over the world. What are such machines like "Elikon", Kiev, medium-format copies of German cameras. But alas, what happened happened. And now products that did not go into series, but had great potential, can please only as museum pieces. exhibits. The more such technology comes across, the sadder it is. Now they would have mass production of digital Zeniths, and high-quality the lenses. 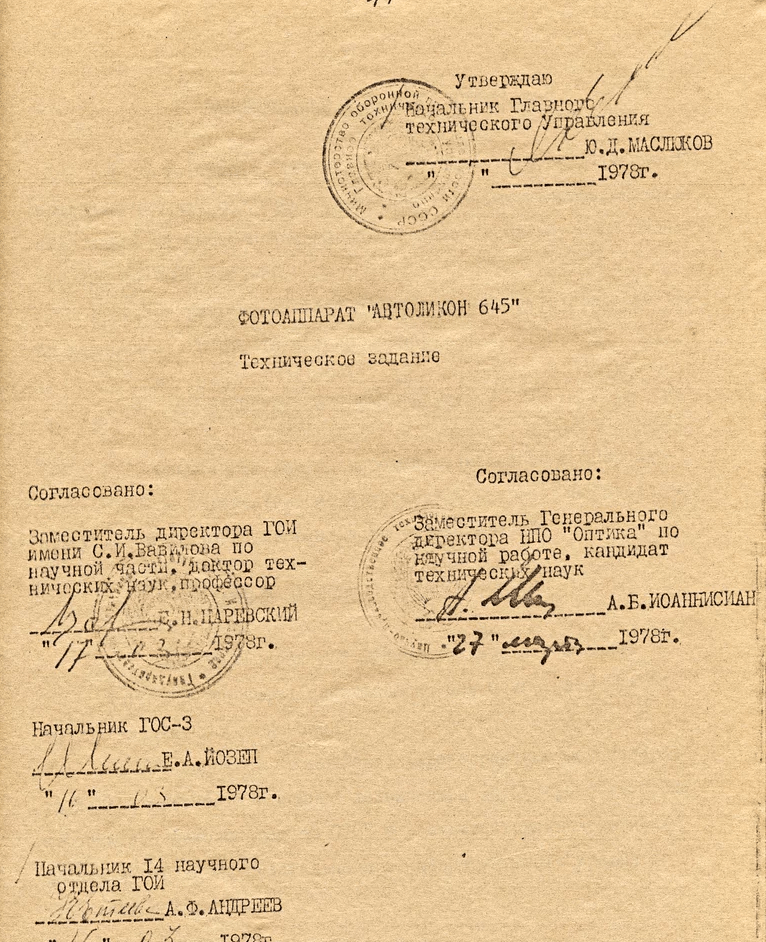 However, please, get acquainted: the medium format camera "Avtolikon-645". Information on the device on the Internet is very scarce and monotonous. A couple of articles, maybe a bunch of reprints. It is impossible to pass by this device, as you pass by some model of a rare Zenith or Sharp / Fed. I don't have any enthusiastic feelings about these cameras. Well Zenith, and Zenith. Well FED and FED. Vigilant and FEDs in general, except for certain models, do not cause much delight. Well, if FED, then the very first (because of its similarity to a watering can), if Zorkiy, then either the first model or the third. They are beautiful. 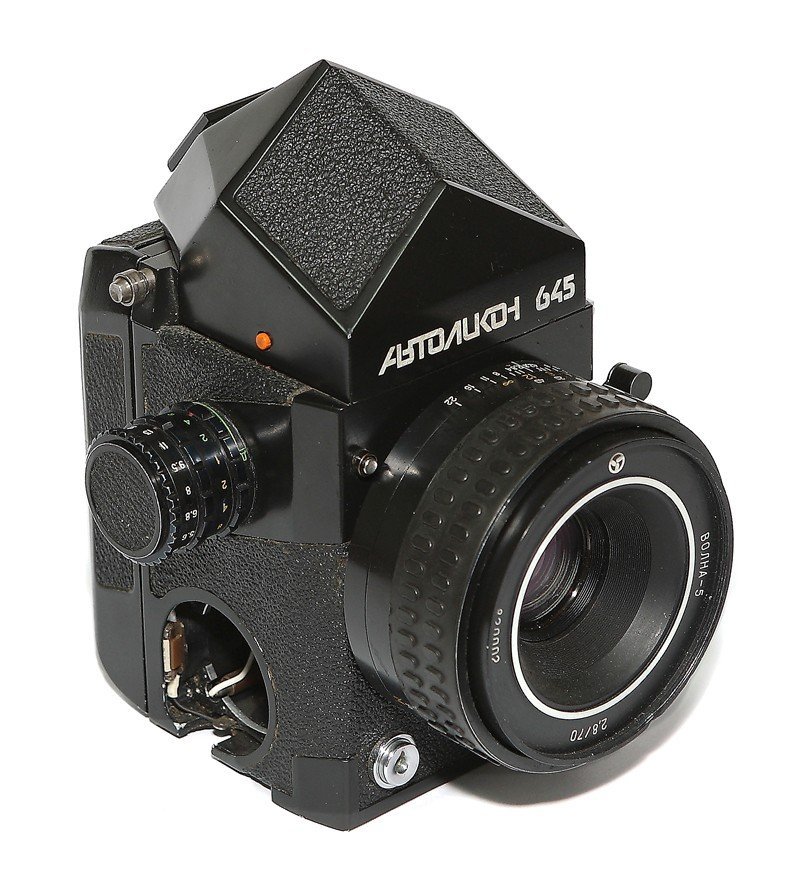 Autolykon-645 is graceful not in its external form, but in its content. This is an automatic camera. With full automation, which is very rare in large format photographic equipment (film and medium format cameras) in the USSR. A camera with motors, its own rechargeable battery on board, an electronically controlled shutter and aperture with automatic film advance and automatic exposure metering modes. 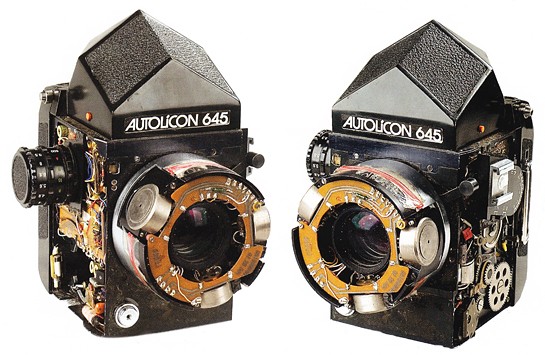 Tips for correct exposure, long range of shutter speeds, TTL-OTF (reflection metering from film) system applied for the first time. And this is the 80s. The same time when the Japanese were massively introducing electronics into their small format cameras. In just 7 years, Canon will roll out the EOS with an EF mount, which will stifle competitors in the market for 25 years. 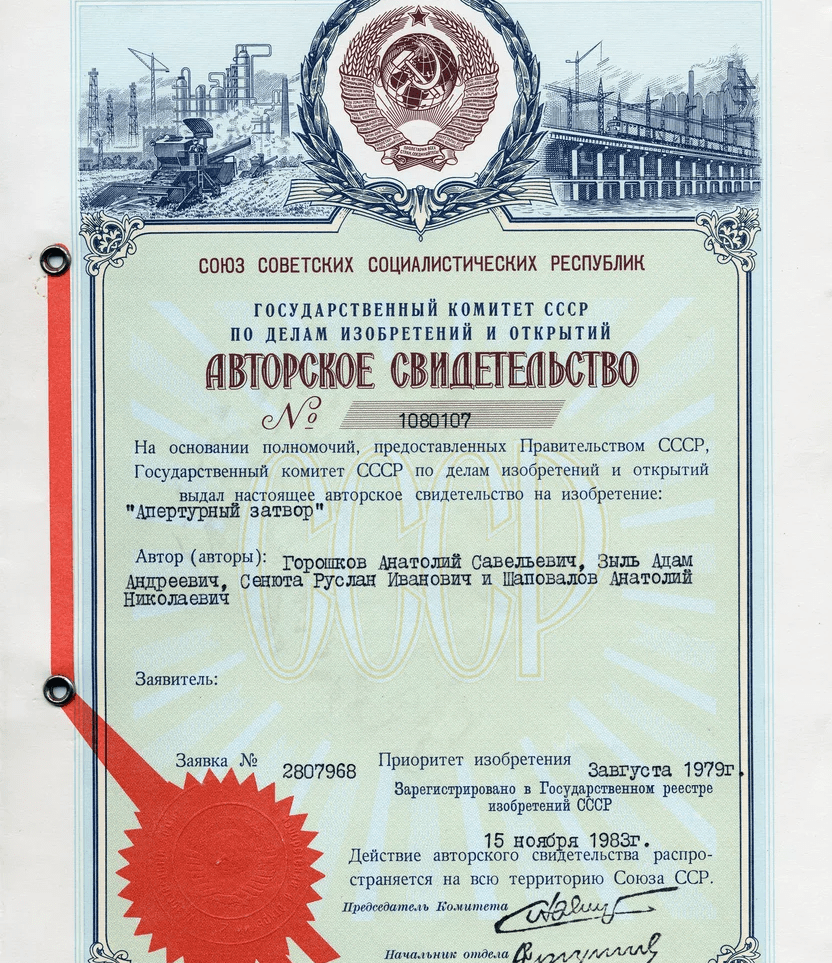 Autolycon-645 did not go into production. Perhaps because it was expensive to manufacture. Or perhaps for some other reason. And this is very unfortunate.

It took only two years from the receipt of the technical assignment, as the first copy of the camera was presented for testing. The Scientific and Production Association "Optics", represented by its General Director, presented several copies of the "Autolikon" camera, which is fundamentally new for the country, for testing at the State Optical Institute. There is a photocopy of the test report, which says that the device "Avtolikon 645" is a high-end mirror device, in which for the first time in domestic practice a system for measuring light reflected from a film (TTL / DM) and a special programmed exposure mode with shutter speed or aperture priority are used ... Based on the test results, the Avtolikon 645 camera can be recommended for production. This act was signed on November 30, 1982.

For the first time in the domestic camera industry, exposure processing for a medium format camera could be carried out both in automatic and manual modes. In automatic mode, the exposure meter operates in a tracking mode based on the light reflected from the film. Switchable automation can operate in the following modes:

- automatic development of both shutter speed and aperture according to the program specified by the desired operators (program mode).

In the field of view of the viewfinder of this camera there is a digital indication that indicates the shutter speed and aperture worked out in the automatic mode, and in the manual mode - the set discrete shutter speed and aperture values, as well as the shutter speed value that must be set for correct exposure. The shutter is cocked and the film is transported for the next shot automatically. Moreover, photography can be carried out as single frames, and serially. Multiple exposure of one frame is also possible. 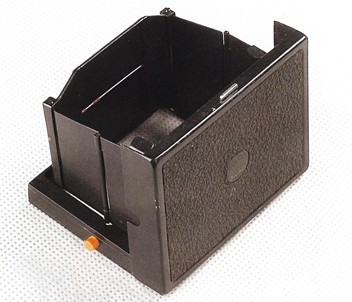 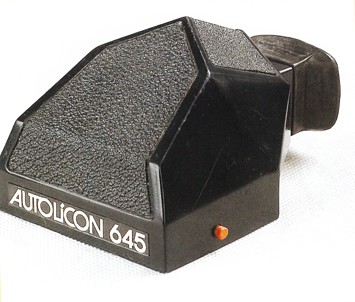 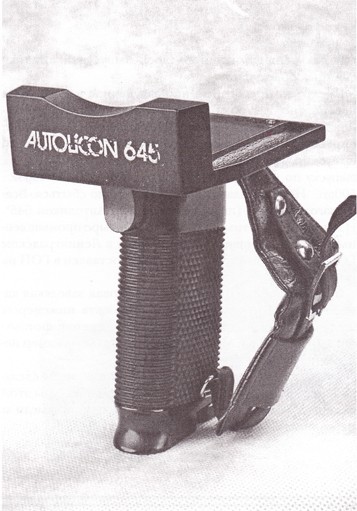 The electronic circuitry of the camera consists of three functionally separated blocks:

1) unit for working out exposure parameters;

2) a control unit for the camera operation cycle;

3) a block for generating operating voltages.

Detachable prism that should have been included in the package. A feature of this model is that the unit for working out the exposure parameters has a special mode - programmed exposure. This regime deserves attention because it had no analogue abroad (as of 1978). Block "B" controls complex mechanics and allows the following cycles:

The gate uses a linear motor based on the use of the magnetic forces of a permanent magnet and the movement of the coil when a certain voltage is applied (the principle of operation of a solenoid). The shutter blades are controlled by two linear motors: one motor moves the opening layer of the blades, and the other moves the closing layer. The third linear motor drives only the aperture blades. The novelty of the solution to this process of controlling the operation of the shutter and diaphragm is confirmed by the inventor's certificate №1080107 dated 03.08.79 for the invention. 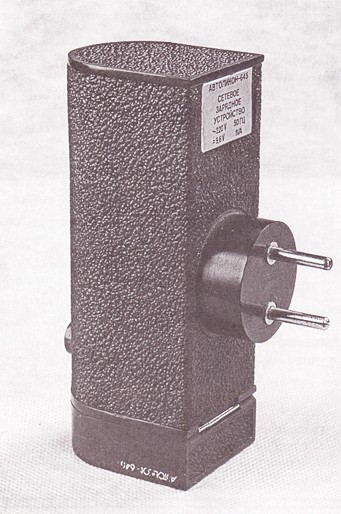 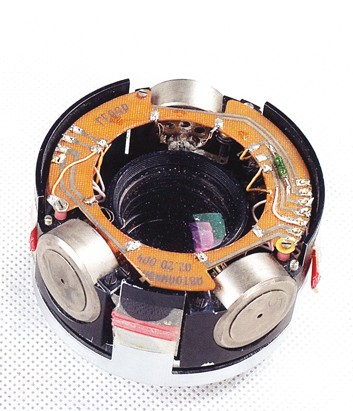 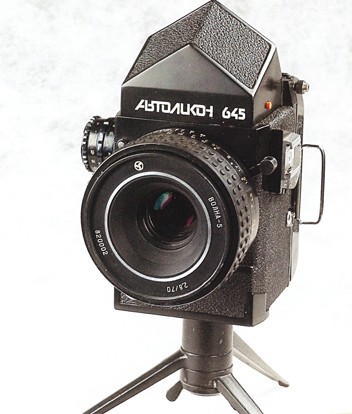 The well-conceived camera was incredibly quickly designed, tested and recommended for production. There was little left to do - to determine the plant where these cameras could be successfully produced. There was even a plan for their release by years: 1983 - 5 pieces; 1984 - 100 pcs. 1985 - 500 pcs. But these plans were not destined to come true. A total of 5 copies of "Avtolikon 645" were made. Of these, one prototype and four industrial designs that have passed tests at the Leningrad State Optical Institute. One industrial design was left in GOI for eternal storage. The prototype, the mock-up and the first factory camera No. = 0002 were transferred by the author of the project - engineer Zyl Adam Andreevich - to the disposal of the Mir foto museum in Minsk. The fate of the remaining cameras is unknown.

The copies of this camera that have survived to this day will remain a monument to engineering thought and unrealized opportunities. 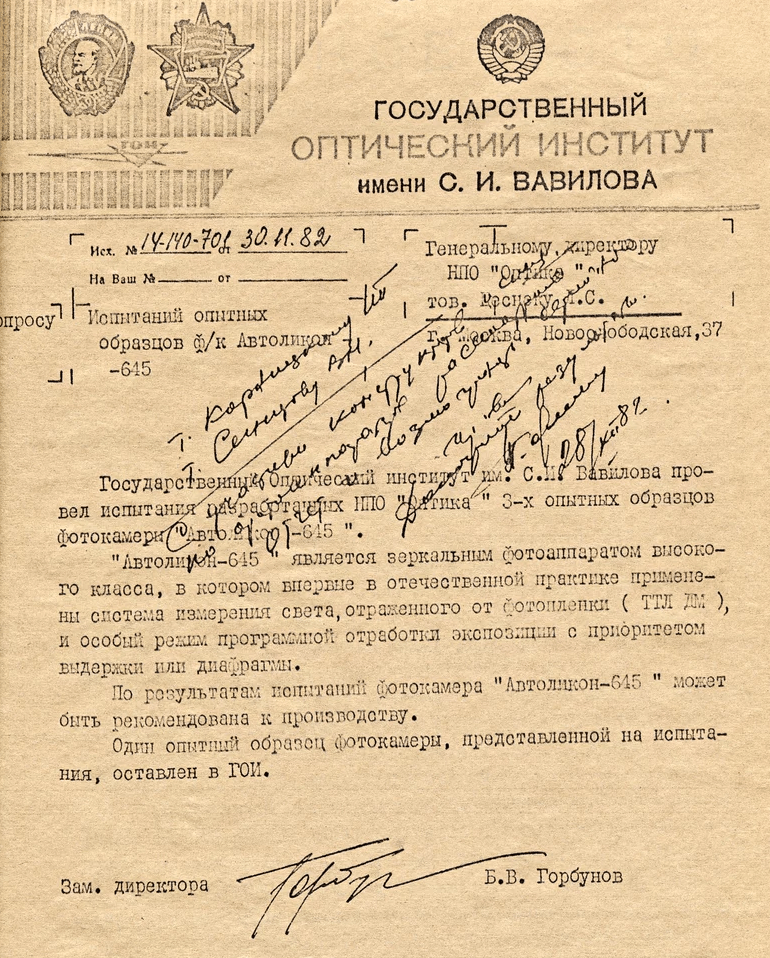 One comment to “Autolykon-645. Medium format that had no analogues outside the USSR "