"Chaika-3" is a Soviet scale semi-format camera. The third model from the family of the same name. It was produced in 1971-1973 by the Minsk Mechanical Plant named after S. I. Vavilov (Belarusian Optical and Mechanical Association). Unlike the first and second models, it has an uncoupled selenium exposure meter. The appearance of the camera has also been changed. Chaika-3 600.000 copies were produced. 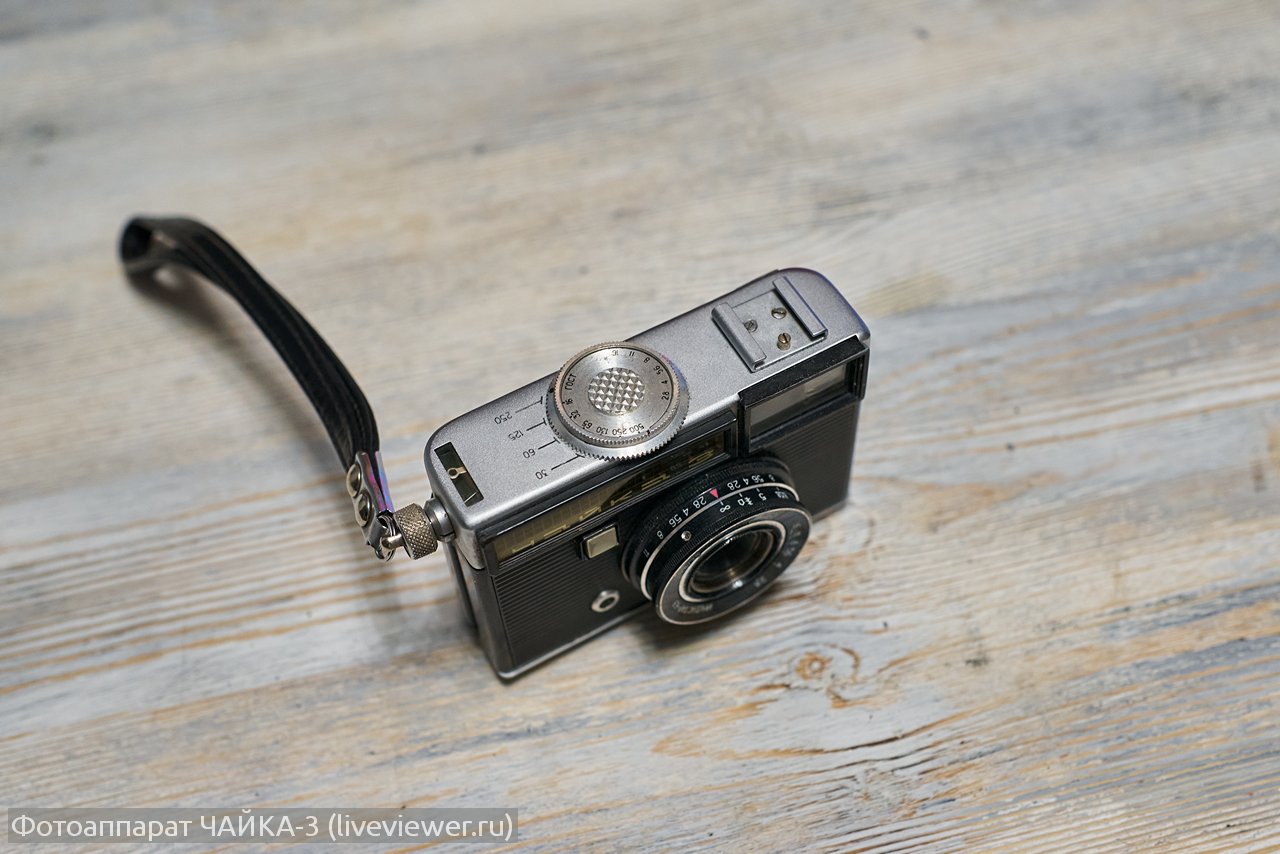 Have you watched silent movies? For example, "City Lights" with the beautiful and great Chaplin? Do you remember filmstrips? Twilight, a warm, buzzing projector - and a miracle on a white sheet? Why now - about it? Let me explain. The fact is that the sides of the frame for filmstrips are 18 millimeters by 24. Silent films had the same. Inventing his immortal "Leica", Oskar Barnak combined two adjacent shots. And I got one photographic, 24 millimeters by 36.

But the idea of ​​a small frame is by no means forgotten. The designers tried to reduce: a picture, a film, a camera. It seemed: a little more - and the usual film, a standard frame and large devices will sink into oblivion. Not sunk - did not happen. But the embodied hopes - the cameras of those years - remained with us. Cars for narrow 16mm film, devices with non-standard shots and, finally, half-frame cameras. Let's stop at the latter. The name is telling - they have a half picture. Almost twice as many of these shots fit on a regular film. Size - in the same 18 and 24 millimeters, as in silent movies. Or like in filmstrips :) 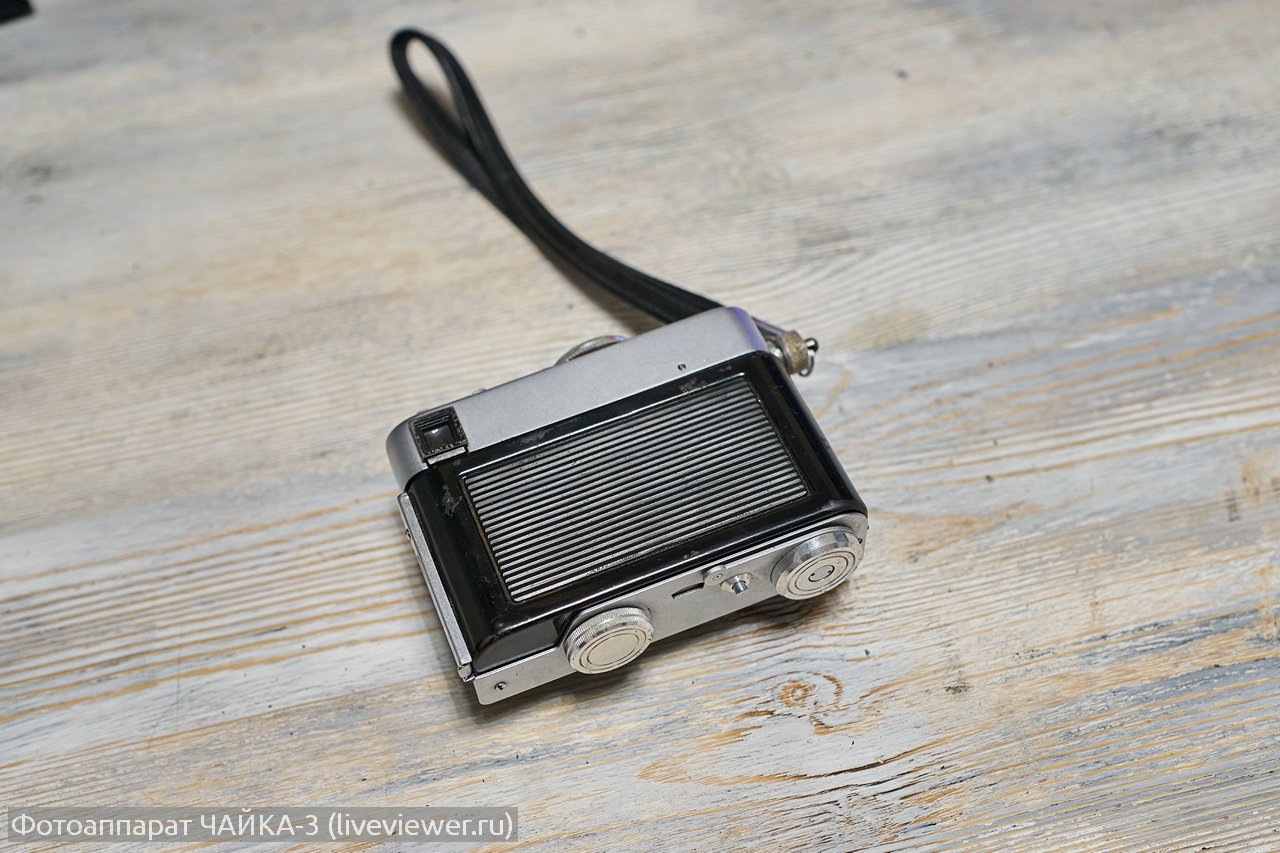 Of the Soviet half-frame machines, the most massive ones are probably the Belarusian "Seagull" and "Agat". They are easy to find even now. I have a Chaika-3, the last in the family and the most “advanced”: with a removable lens, a selenium exposure meter and a flash bracket.

The camera, though small, is solid. A lot of silver metal, black and light plastic, a serious-looking frame. The light meter and shutter speed dial occupy the upper right - therefore the platoon is at the bottom of the camera. The rewind wheel is for some reason the same as the frame counter. The lock at the lid is solid, like that of the old Zenits. The viewfinder is darkish, but with backlit frames. The lens - "Industar-69" - is small and very flat. It is also seriously decorated - a black-and-silver "pancake" with knurled edges. Quite fast - maximum diaphragm already 2.8. And with a very "wide angle" - 28 millimeters of focal length. 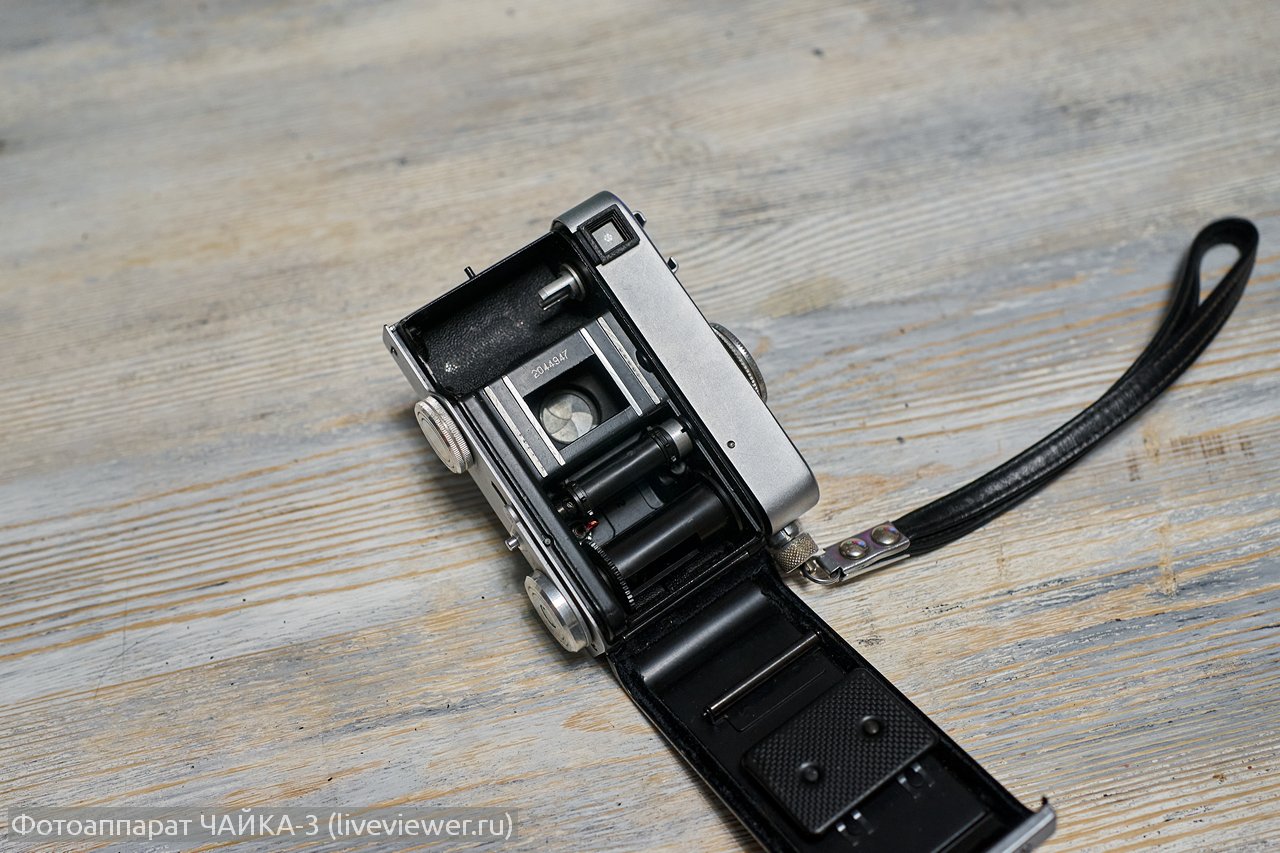 The platoon is long, 270 degrees, and tight. Maybe it's true - only on my "Seagull". The descent is not planted optimally, but in front it is soft and very short. Exposure - only four: from 1/30 to 1/250. The lens rotates very easily - literally with one finger, and the aperture ring - with two. There are many marks on the lens. Target distances, complemented by icons: portrait, group, landscapes and buildings. Closer to the camera, on a fixed ring, there are paired diaphragm numbers. The distances within each pair will indicate the depth of field. There is no other way to aim the "Seagull" - only by the distance scale. Hence - and the name of the class of cameras: scale. 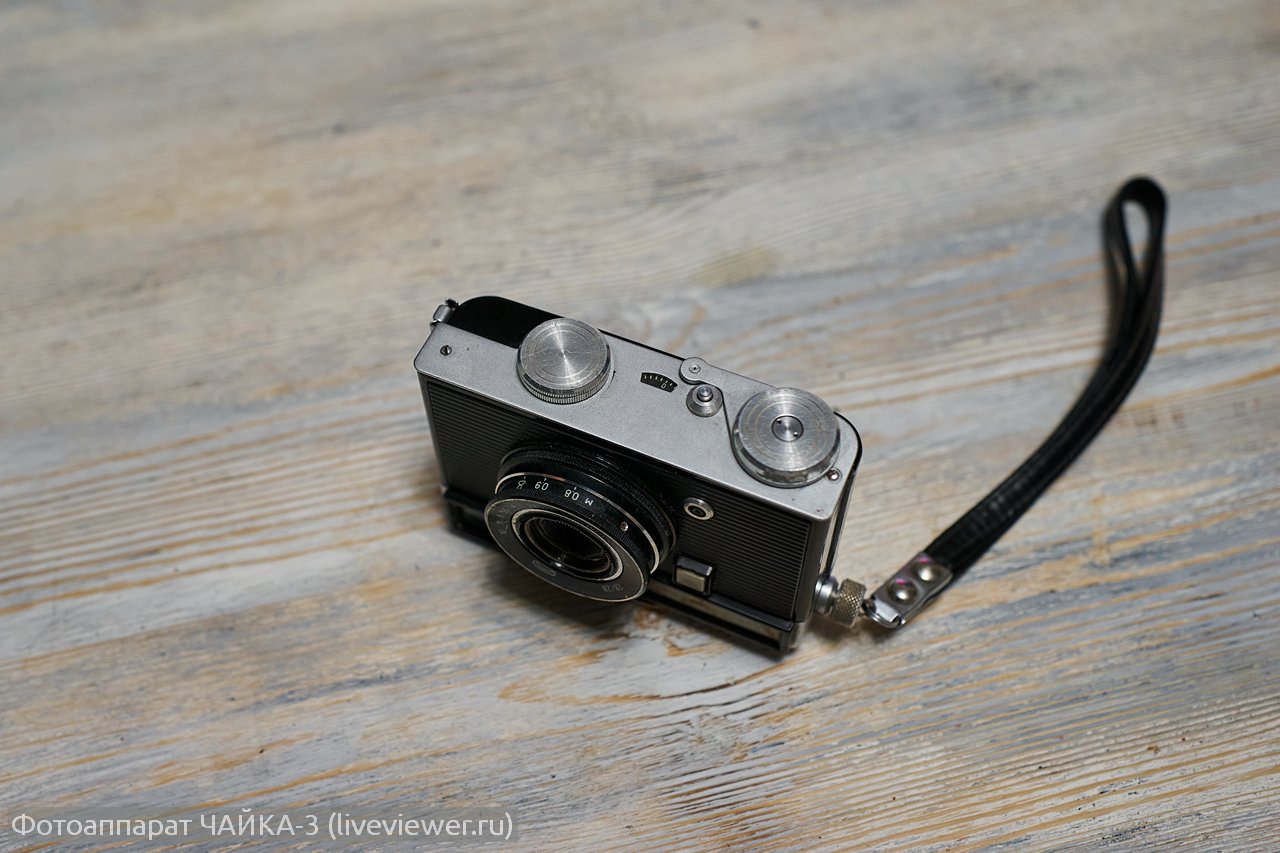 The exposure meter, alas, was ruined by not the best repair. But while he was "alive" - ​​the light at the very least measured. Funny arrows and wheels helped to pick up the expo pair. The rest of the camera is quite functional. I'll digress to the lens: it's removable, remember? Yes, removable, on the M39 thread - but with a unique working length. And for connoisseurs of old optics, this is a solid fly in the ointment. Of course, the lens will fit on a modern camera. But he will only shoot "macro" - they say, however, not bad. It is possible to achieve full compatibility, they say. But - with different "peeling": from unlocking the focus to turning. They write about the results on the Web that on the “crop” you can shoot well and “twist hips“, And in the distance there will be barrel distortion. In addition, the "full frame" will have a strong vignette - up to a round shot.

I will pass on to my feelings from "The Seagull". And they are very unusual. Yes, this is a scale apparatus not designed for complex shots. The frames are "half" and therefore vertical. For horizontal cameras, you need to "put on the priest". The picture is still small and there are a lot of "grains" in the photo. It is better not to load sensitive and "large-dot" films in the "Chaika". Better something a hundred or two hundred units, and "fine grinding", like "Ilford".

But at the same time, The Seagull is well done. The design and materials favorably distinguish it from the same "Changes". And good optics are from LOMO-Compact. A wide-angle lens distorts faces and “knocks down” buildings - but it forgives the flaws of aiming. And with an aperture of 4, you can set the “hyperfocus”, sharp beyond three meters, and shoot on the go. Due to the tendency to "grain" and fast shutter speeds, the camera loves light, daylight and sunlight. Sometimes a flash helps. And now - let me remind you that there are a lot of pictures. And this is the main advantage and unique charm of the “half-frame”. "The Seagull" is a good "just in case" camera for simple, unpretentious shooting day after day. By the end of the tape, you will probably forget what you were shooting at the beginning. And, having shown - remember and rejoice. I think it's good.