Zorkiy-3S is a Soviet rangefinder camera produced by the Krasnogorsk Mechanical Plant from 1955 to 1956. Developed on the basis of the Zorkiy-3M camera.

Zorkiy-3S - the development of rangefinder cameras manufactured by KMZ, in the USSR. The camera was produced in 55-56 years, this is not very long. With the addition of the self-timer, the camera acquired a new index and became known as Zorkiy-4. Zorkiy-4 will be produced for a very long time, it will be replaced, then, by the most advanced camera of the Zorkiy line - Zorkiy-4K. A trigger platoon appeared in Zorkom-4K ... and that's it. In 1978, production will be curtailed, and in 1980 the remnants of the assembled cameras will be sold. 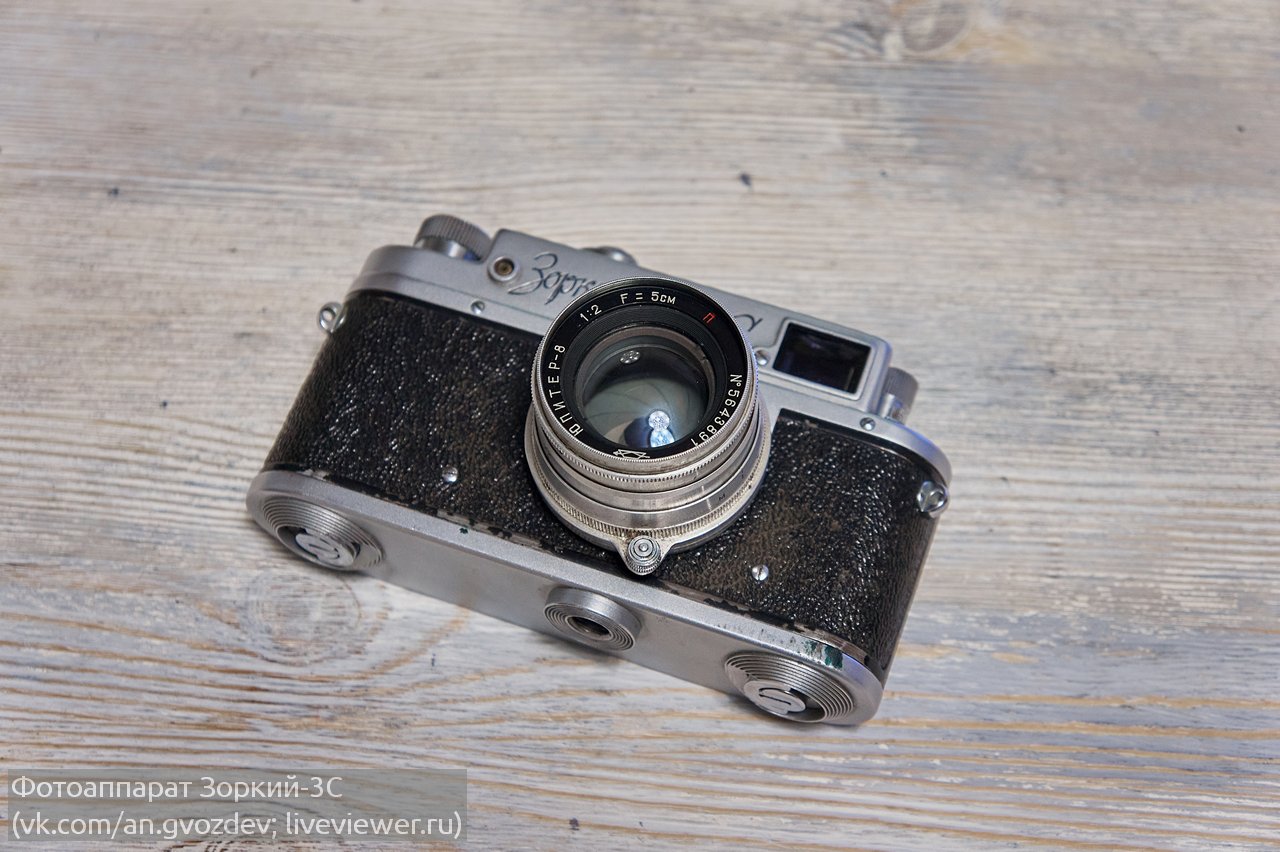 The USSR corporations will not completely abandon rangefinders - the FED produced its cameras to the very end - in 1995 the last copies came off. BelOMO did not participate in this production - they helped the production of Zeniths, but at the same time at the plant in Vileyka they developed their own lines of small-format cameras in plastic cases, which culminated in the release of the camera "Elikon-autofocus«. 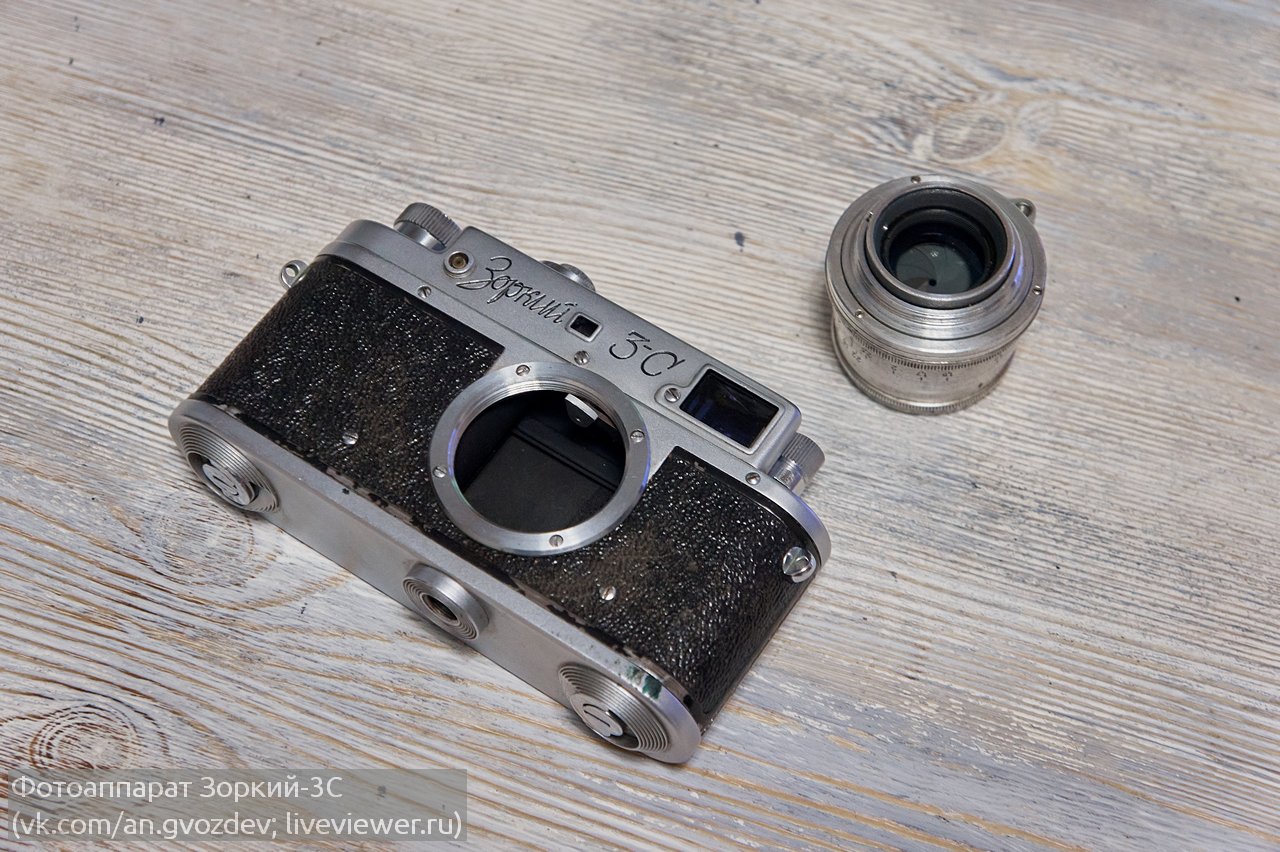 LOMO, after having fun with Leningrad will disappear from the PRO segment and will produce point-and-shoot cameras, eventually creating LK-A, which spawned the Lomography movement (mostly because of which film production has not yet died completely, but on the contrary - Kodak and Orwo began releasing films after a long break). So to think, the Soviet photographic industry not only gave massive inexpensive cameras to the whole world, but also saves the industry as a whole. Otherwise, she would have died completely. 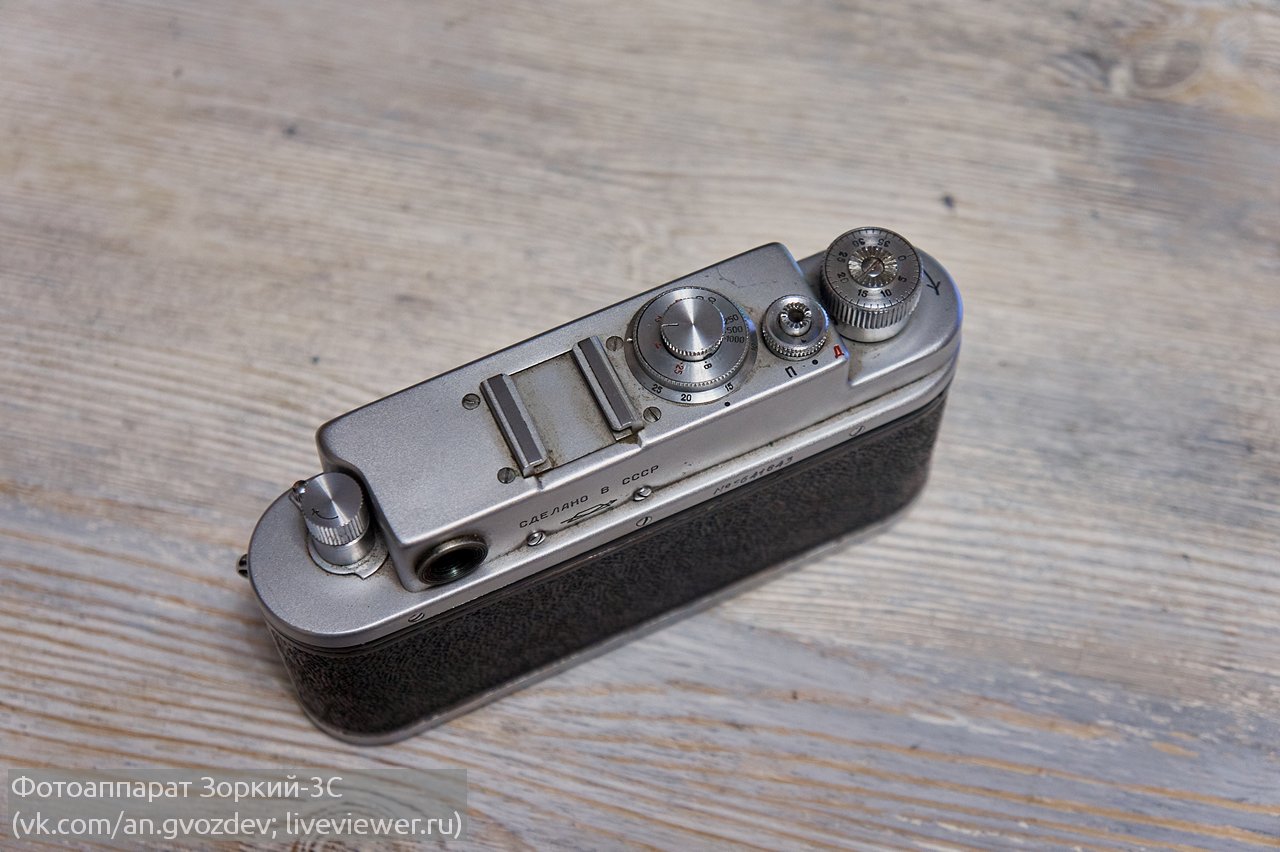 The design of the rangefinder was transferred to Zorkiy-3S from Zorkiy-3(M). The shutter speeds also had a ceiling of 1/1000, and the lower range was provided by a moderator (this appeared on the FED starting with the FED-3 of the 1961 model range). True, 1/25 of a second, as a sync speed, is in a strange place - it is placed separately from the rest of the scale. Apparently, they could not implement less specific. By the way, in Zorkom-4, the sync speed is already 1/30. On the cocking drum of the Zorkogo-3C in the photographs from the review, the knurling is vertical, which is very unusual. However, the drum itself is too close to the hull on the left for a platoon to be considered comfortable. You really have to cock with two fingers. 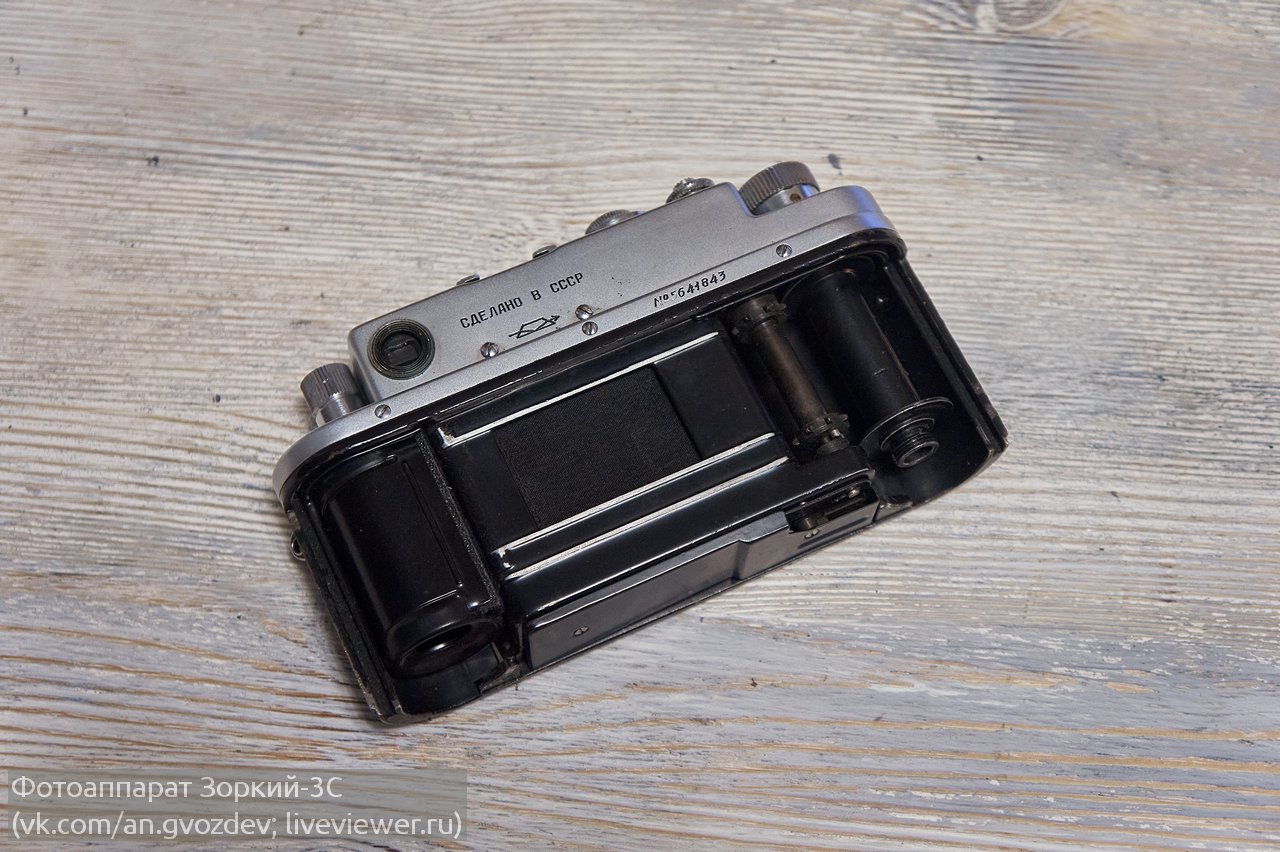 The shutter operation is silent, as befits a mirrorless camera of the time. Just a "clack" and that's it. The design solution used in Zorkiy-3S, and subsequently migrated to Zorkiy-4 and Zorkiy-4K, is very doubtful, and not for everyone. But I think the camera is nice enough. And if you put it next to the FED-4, then ... beautiful. Due to the fact that the release was short-lived, and the camera is a rarity, the price tags on the secondary market for them are often inhumane. 3 Zorkiy-45.572S cameras were produced. According to the catalog of 1200 cameras of the USSR, there were some modifications of the cameras: 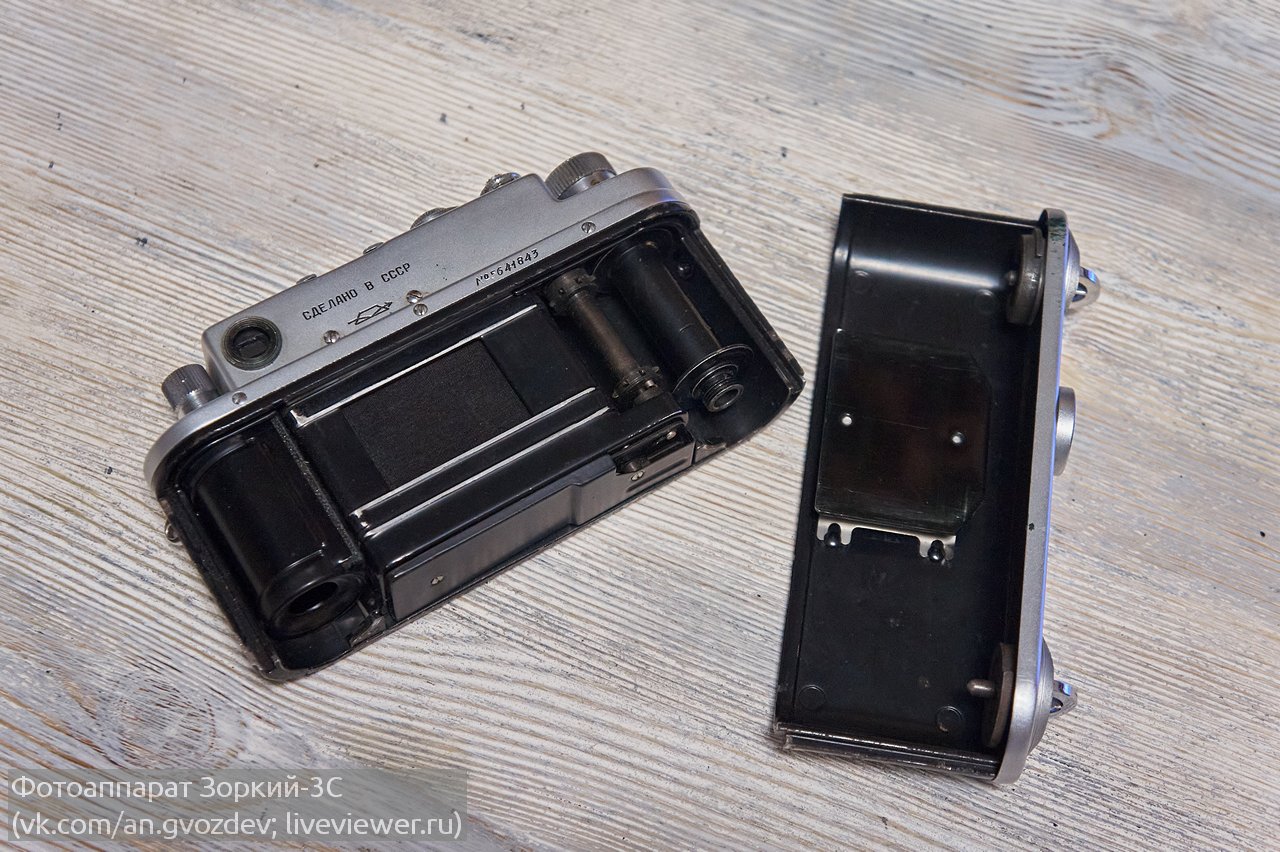 The main differences from the camera "Zorky-3M»: a cable sync contact with a synchronization advance regulator has been added, the shape of the top cover has been changed, the button for turning on the film rewind has been changed. 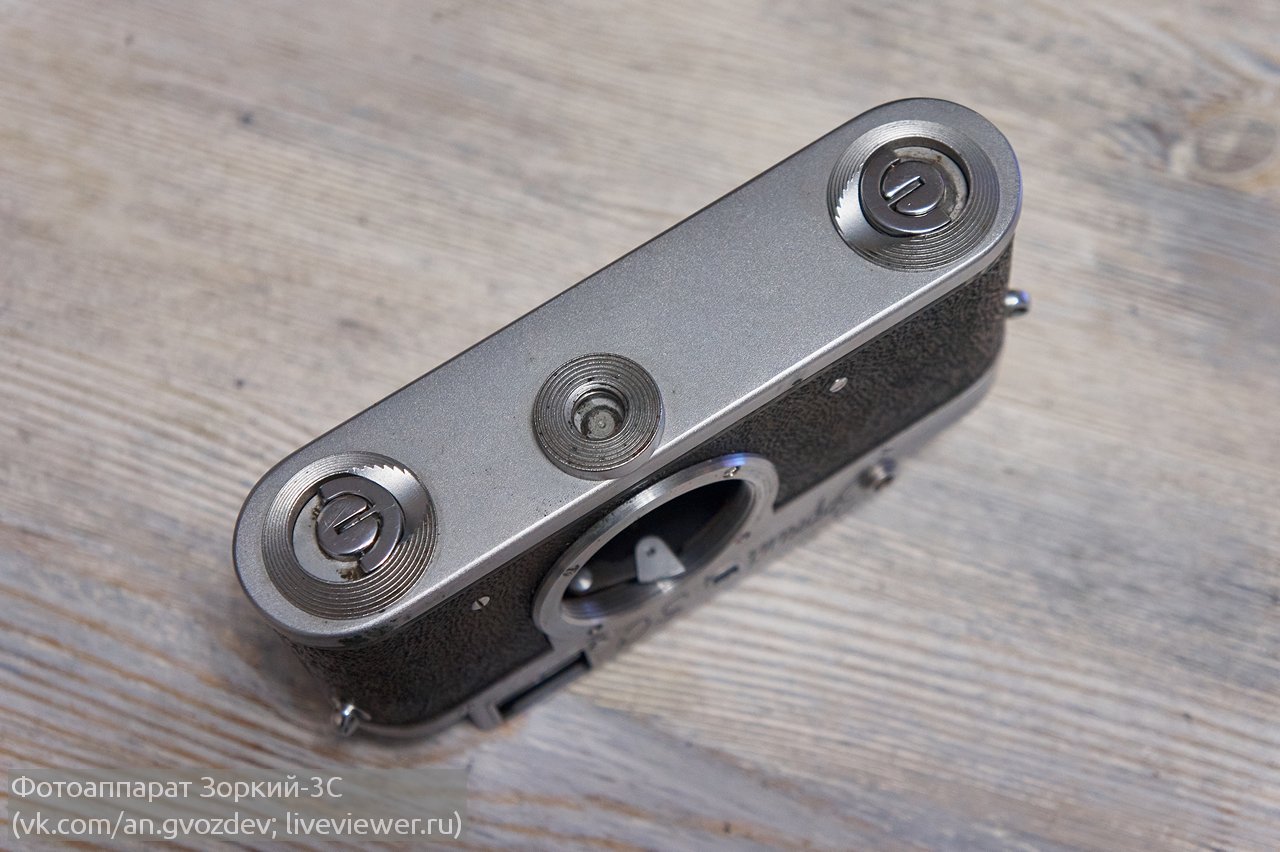