Zorkiy-S is a Soviet small-format rangefinder camera, produced from 1955 to 1958 at the Krasnogorsk Mechanical Plant.

Developed on the basis of the "Zorkoy" first model, a sync contact with adjustable lead time from 0 to 25 ms was installed, the shutter release button and the mechanism for turning on the film rewind were changed - as a result, the camera height increased. Issued 472.702 copies. 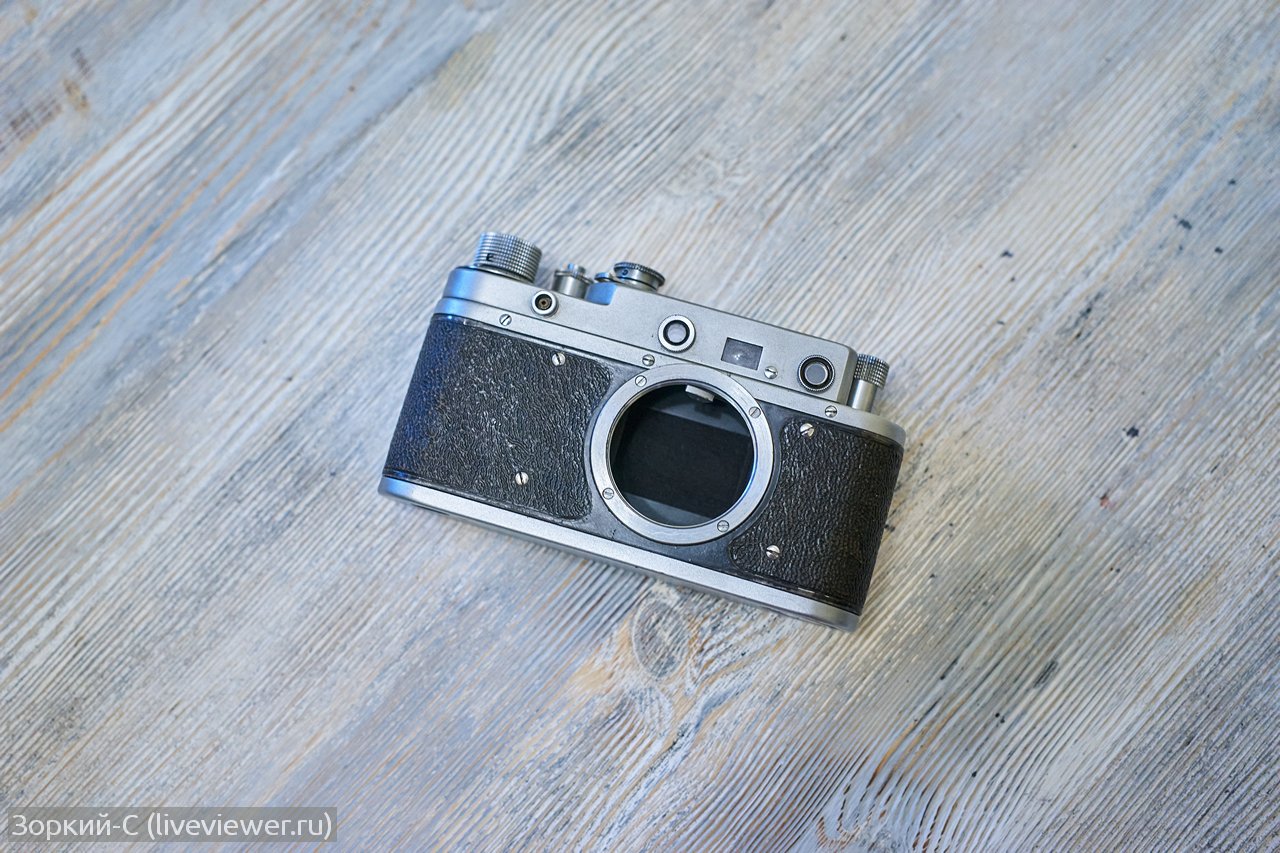 Unlike the original Zorkoy, this is not an exact copy of the Leica II, but rather a redesign of it. By changing the top cover but retaining the basic Leica design aesthetic, the Zorki-S looks and performs like a quality rangefinder of the time. The Zorki-S has a significant weight, good finish and excellent appearance. The all-metal body consists of a black painted textured center adorned with polished chrome screws and brushed aluminum with lightly brushed controls. Beautifully designed camera and incredible feeling when you hold it in your hands. 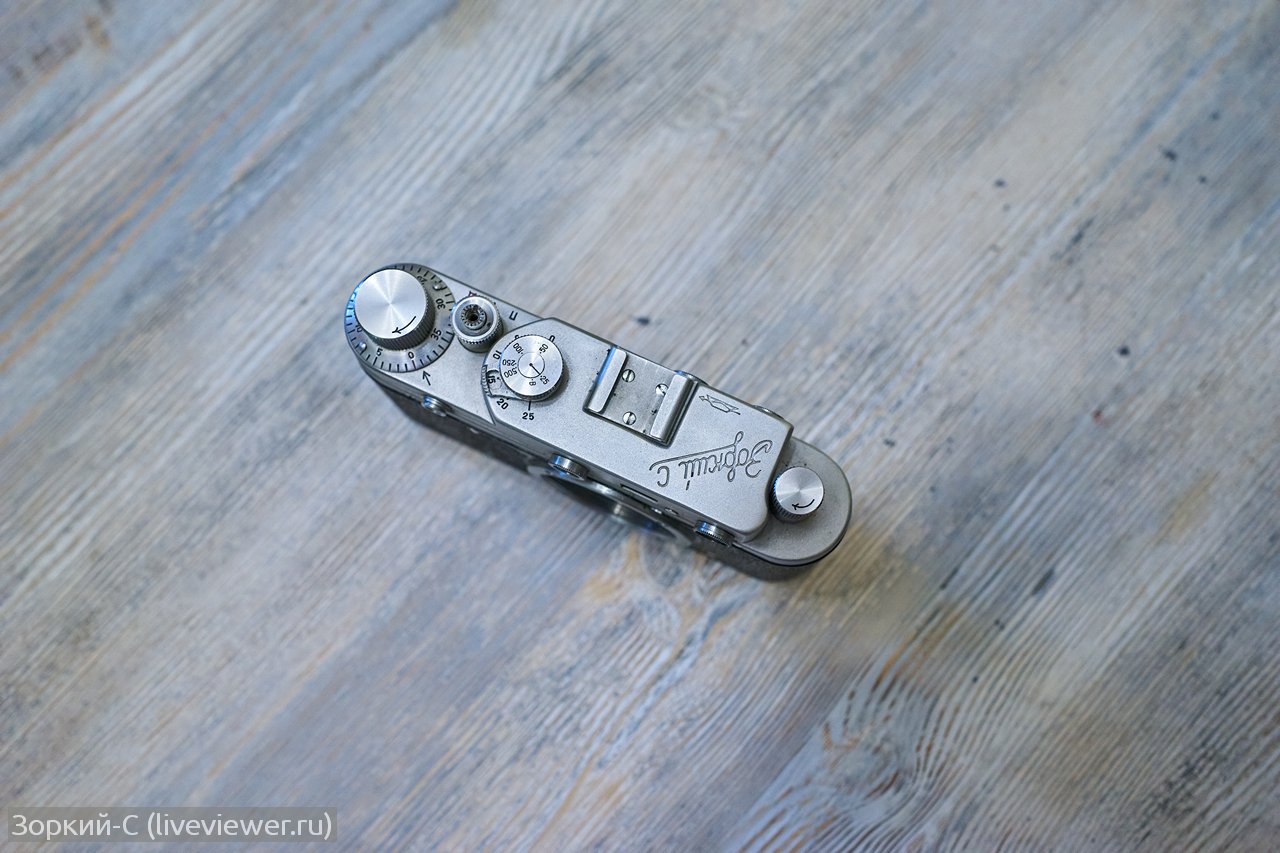 The Zorki-S is one of the first rangefinders to have separate focus and framing windows. The window you're looking at on the left is a rangefinder with a fairly large focusing spot in the center. The window on the right is the framing and viewing window. There are no markings or border lines. Focusing is performed by any mounted lens with an M39 thread. The first mass-produced lens was the Industar-22 50mm f/3,5 folding lens. Leitz Elmar's adaptation is incredible. 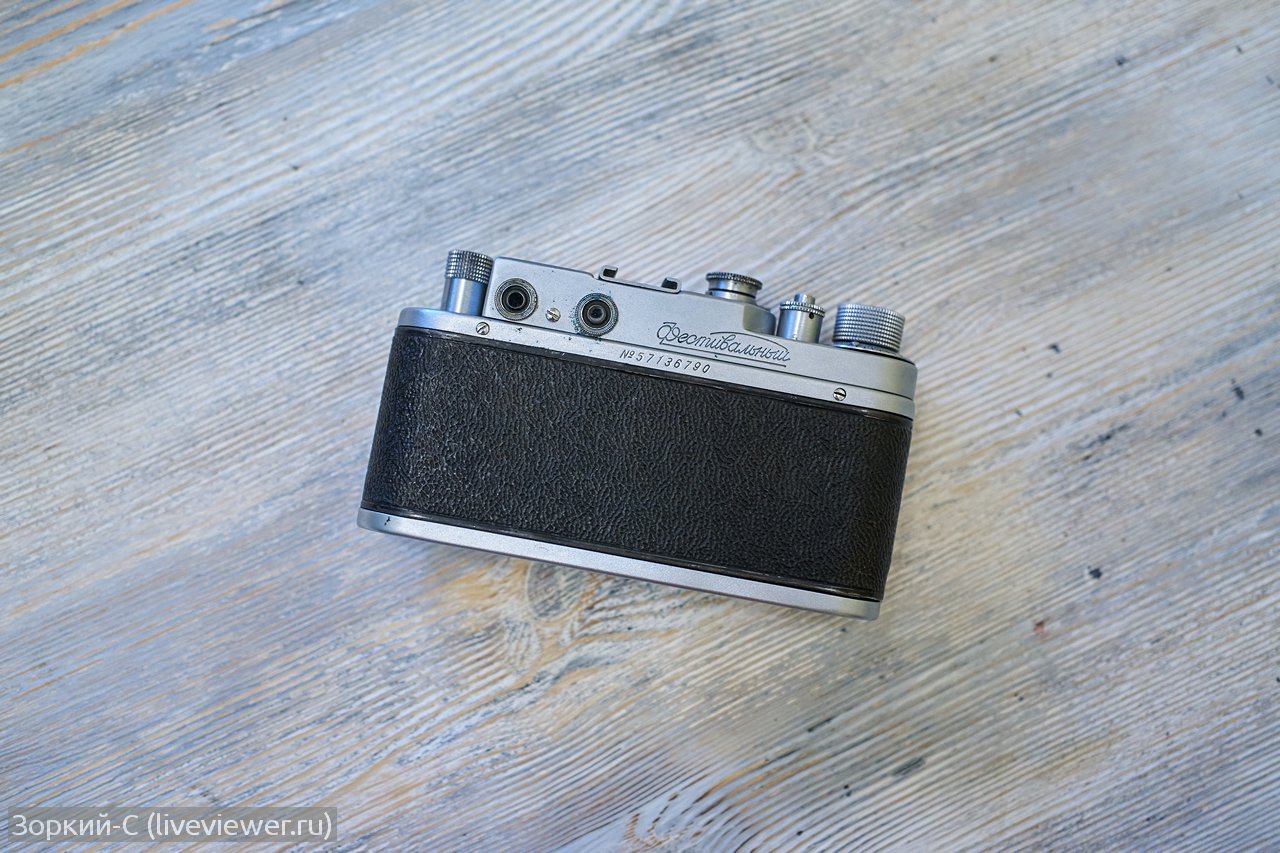 The controls are located on the top of the camera. Winding and cocking is done with a large handle on the right, by turning in the direction of the arrow. We twist until we feel resistance, and then we take a picture. The shutter button has awkward jagged edges, so a screw cap is recommended. Under the crank is a frame counter. It must be set manually and can be adjusted at any time in both directions. After cocking the shutter, you can set the shutter speed. It varies from 1/25 to 1/500 of a second. 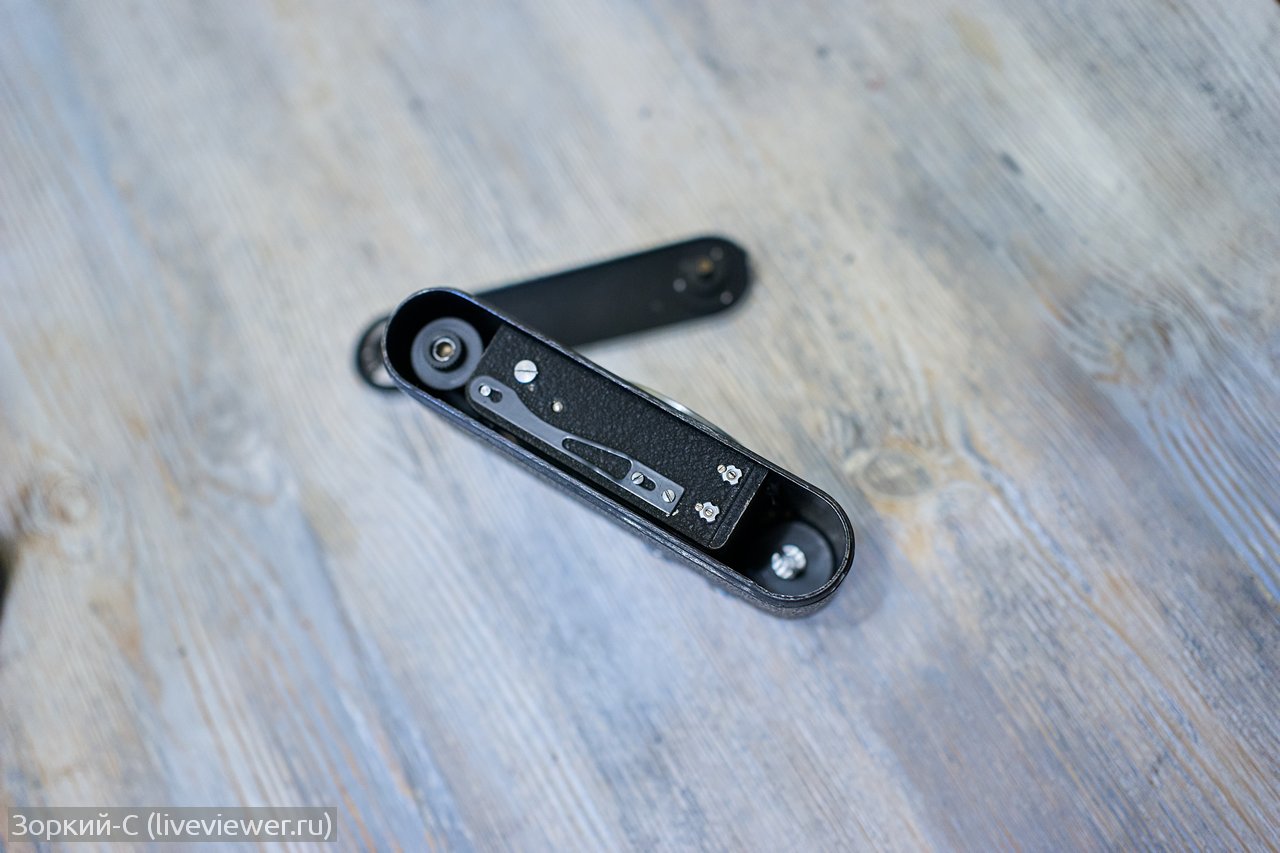 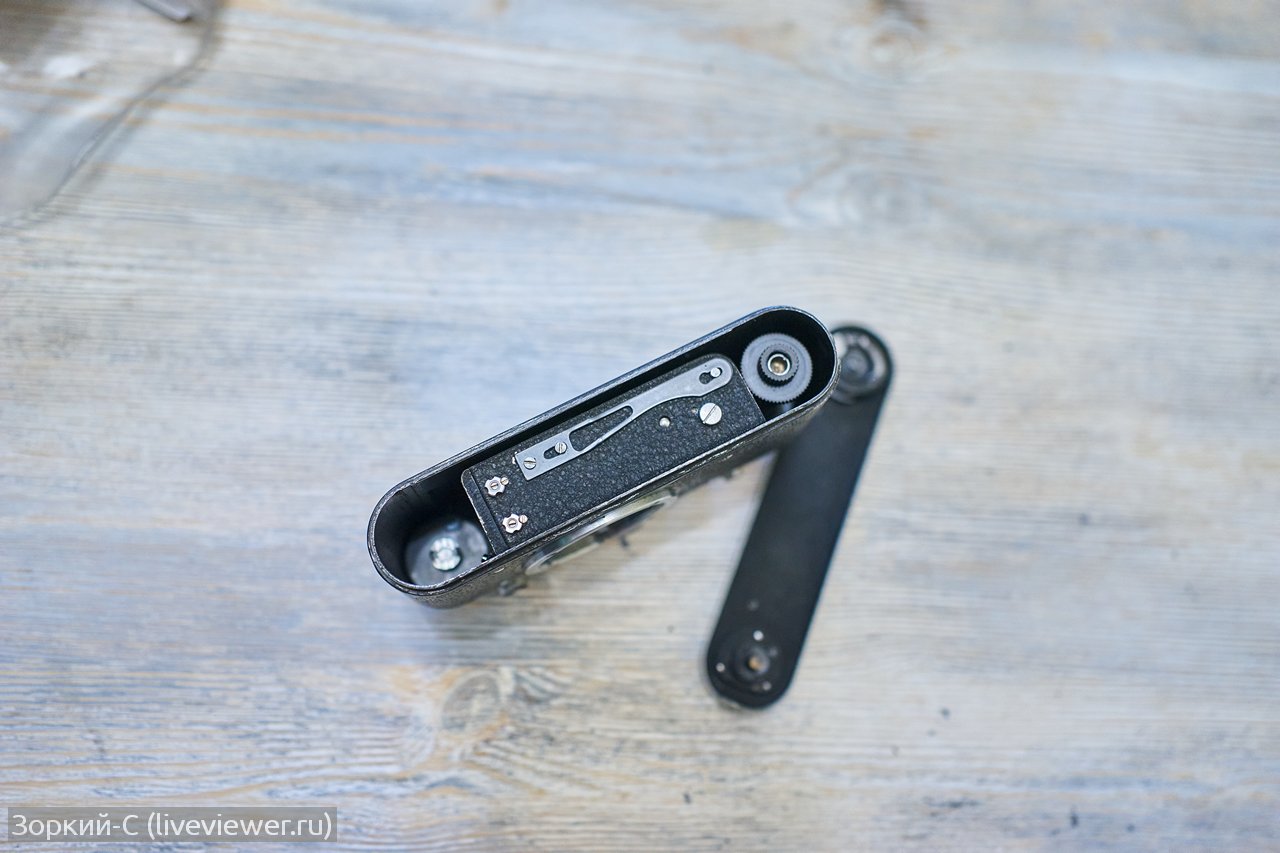 This camera is one of those where the film is loaded from the bottom. To open the lower part of the chamber, it is necessary to tighten the half ring and turn it counterclockwise in the OPEN direction. 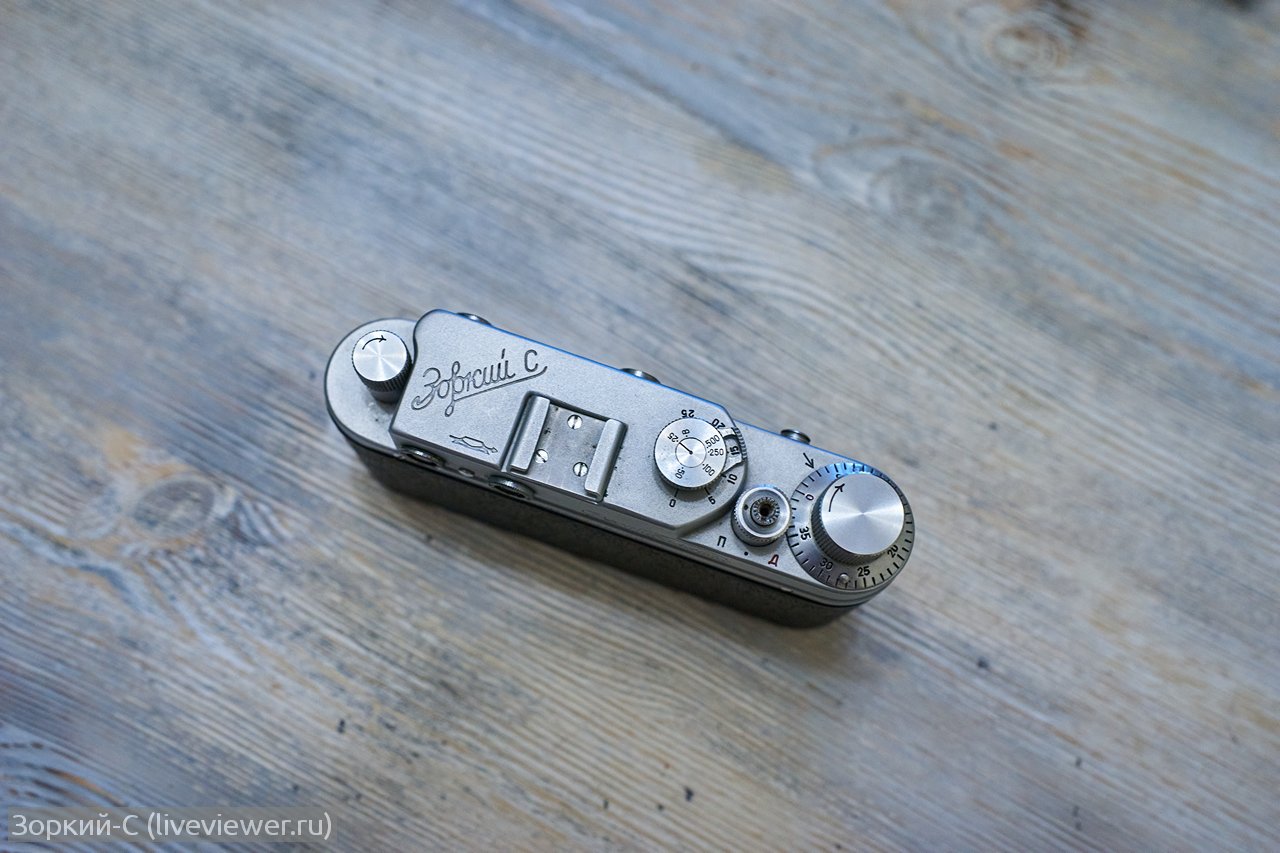