Zorkiy-10 is a rangefinder camera produced from 1964 to 1978 at the Krasnogorsk Mechanical Plant as part of the Zorkiy-Automatic family. A total of 332 copies were produced. Outside the USSR, Zorkiy-144 was also sold under the name Revue 10.

The first Soviet camera with fully automated exposure control. In 1965 he was awarded the gold medal of the Leipzig Fair for successful design. 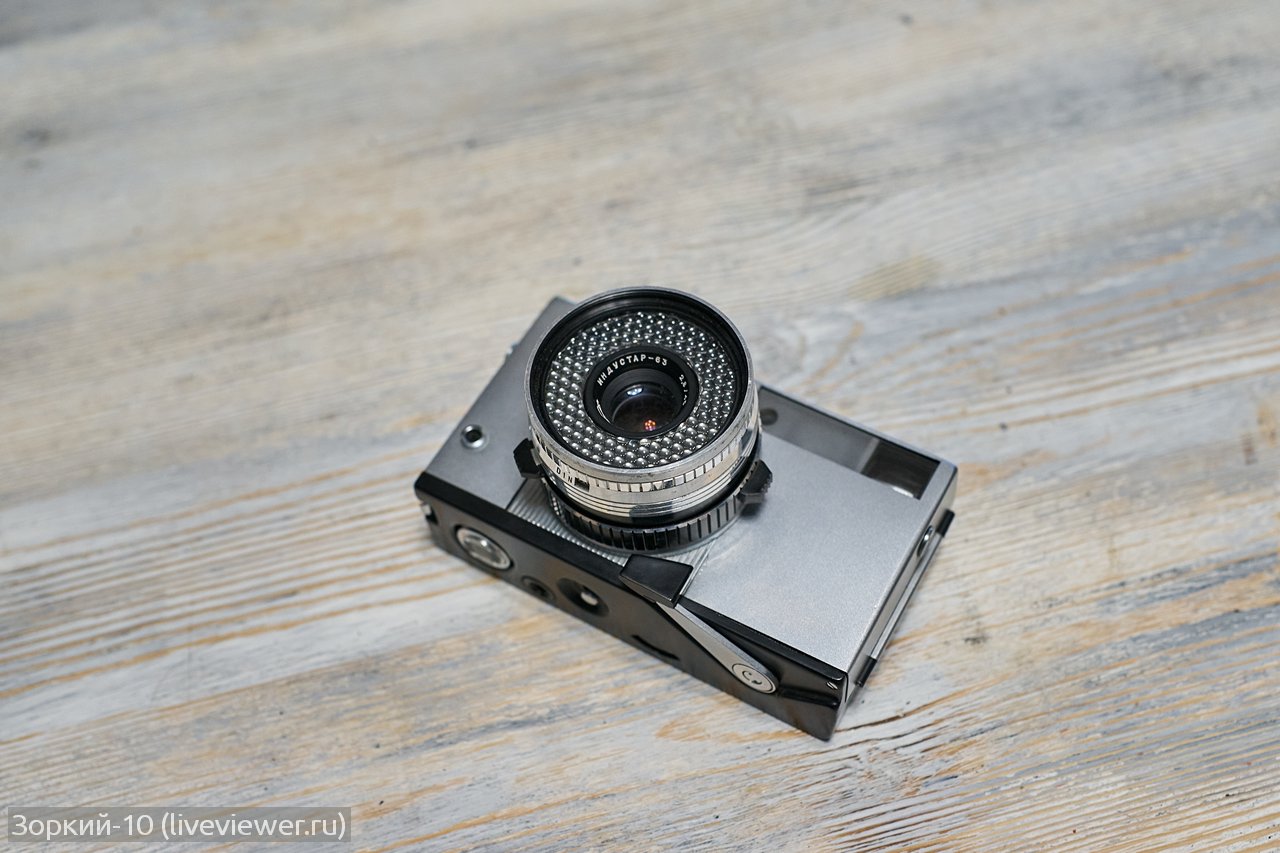 The camera of the Japanese company Ricoh served as a likely prototype. In contrast, the Soviet camera has an unusual design, developed with the participation of graduates of the Stroganov School of Industrial Art. The most original is the cocking trigger, located on the bottom wall, and not on the right, but on the left. Instead of a shutter button, a large key is installed. A feature of the camera was the complete absence of power sources, since the energy for the operation of automation and the electromechanical shutter came from a large-area selenium photocell. 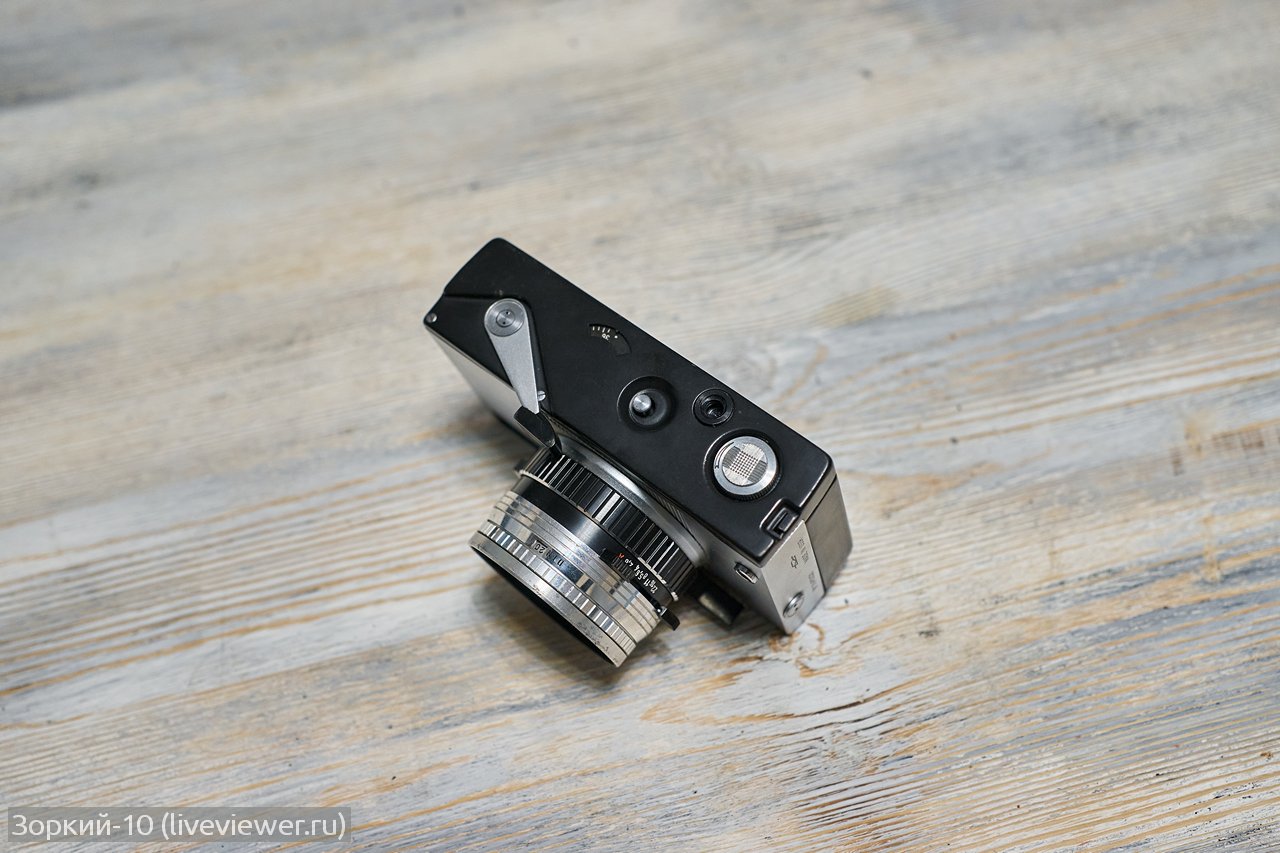 For the first time in the USSR, cameras "Zorkiy-10" and "Zorkiy-11" implemented automatic exposure control using a central shutter that combines the function of the diaphragm. An annular selenium photocell is located around the front lens of the lens, and when a light filter is put on, the exposure is automatically corrected for its multiplicity. 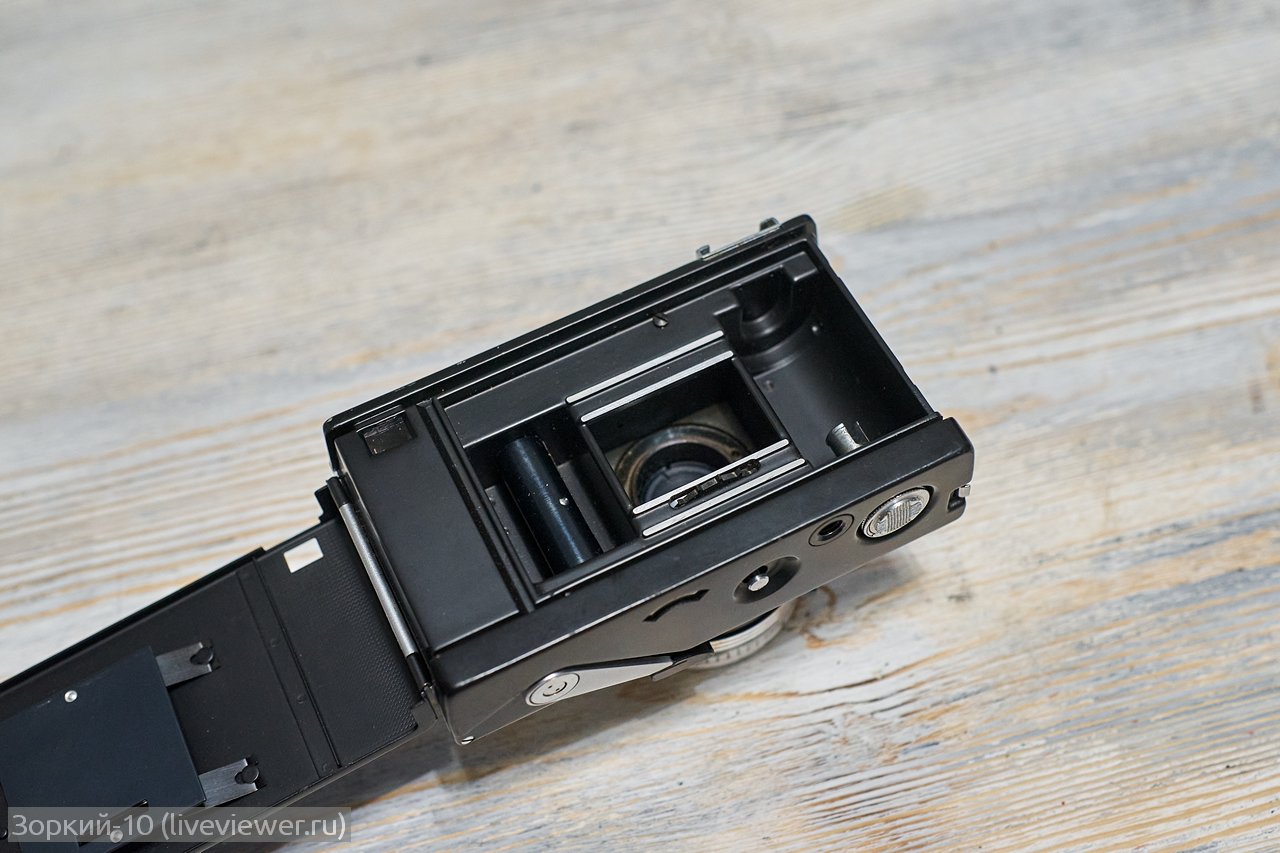 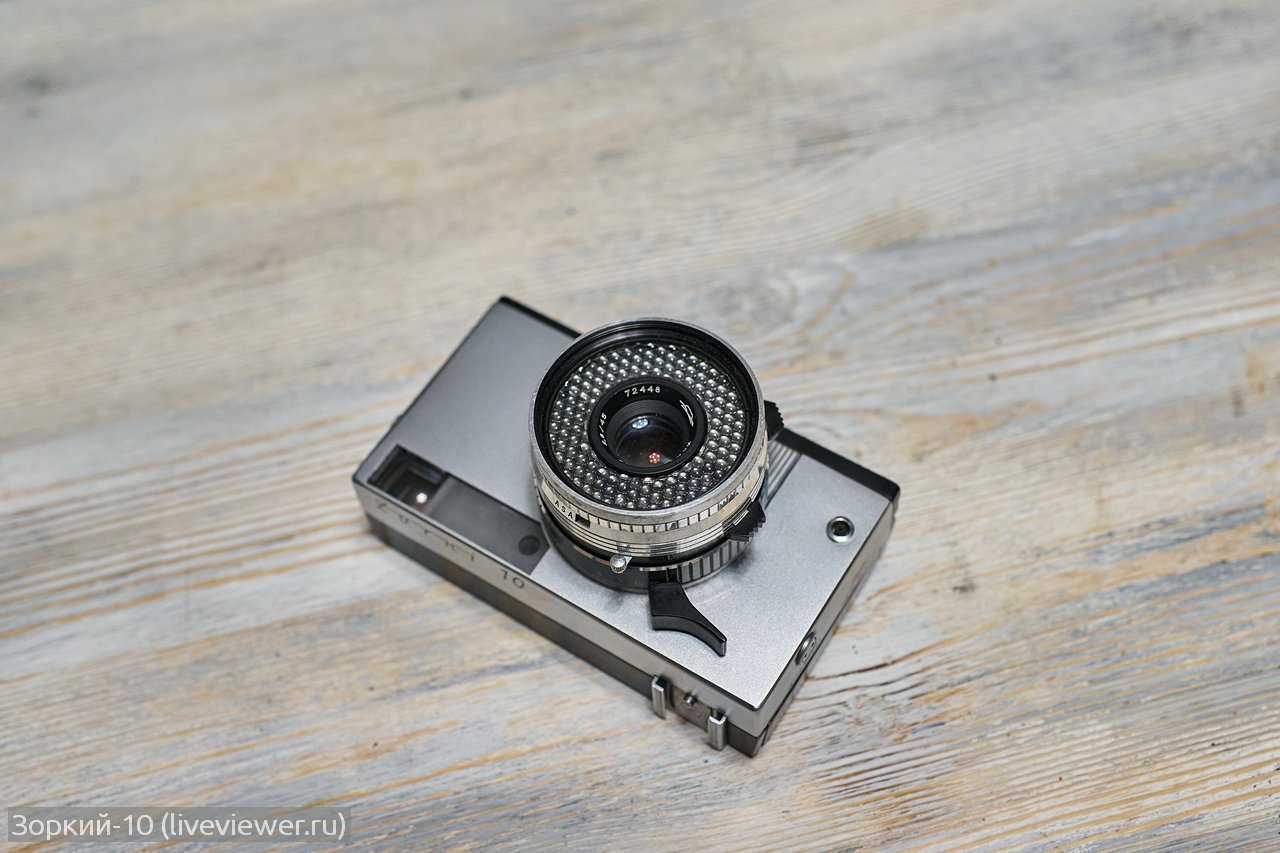 Automation is implemented on the basis of a lever-cam mechanism, which is locked by an auxiliary galvanometer pointer. The position of this arrow depends on the current generated by the selenium photocell. When the shutter release button is pressed, the arrow is arrested and serves as a stop for the stepped lever of the summing mechanism for setting the exposure. The second, indicator arrow, is visible in the viewfinder and displays the approximate value of the shutter speed being worked out. With a lack of light, the arrow enters the red sector of the scale. In manual mode, with automatics off and a fixed shutter speed of 1/30 second, manual aperture setting is possible. The same mode is used when working with electronic flash. Long (“B”) shutter speeds are switched on by a separate lever when the automation is off. 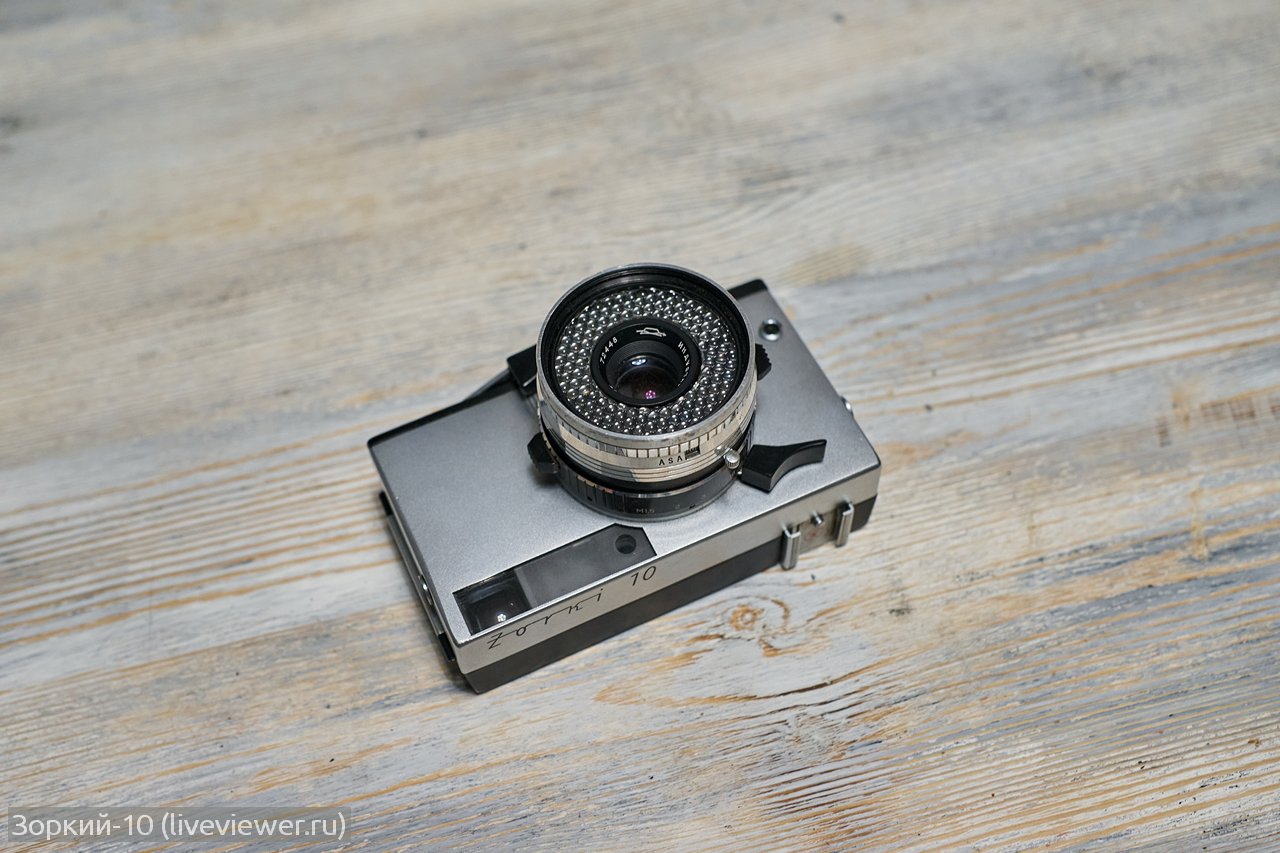