Sputnik is a Soviet stereoscopic camera, a three-lens reflex camera. Produced from 1955 to 1973.

Manufacturer: Leningrad Optical and Mechanical Association named after V. I. Lenin (LOMO). Developed on the basis of a medium-format two-lens reflex camera "Lubitel-2". Released in the amount of 84.063 pieces. On October 1, 1961, the price of a camera was 26 rubles. 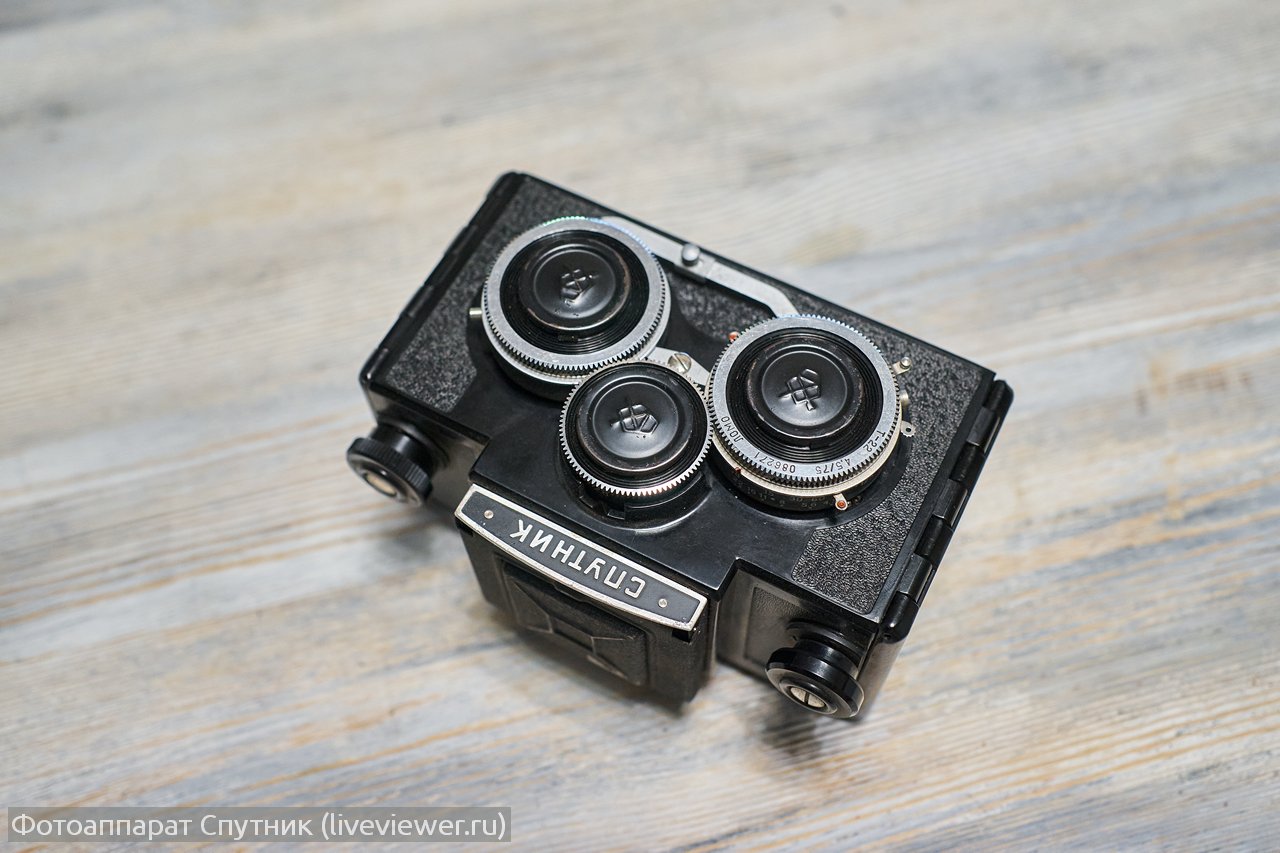