LOMO LK-A was introduced in the spring of 1982 by the Soviet photo designer Mikhail G. Kholomyansky. He secretly worked on the camera for 18 months.

The camera was a copy of the Japanese compact camera Cosina CX-2 released a few years earlier. The CX-2 was an unremarkable compact camera for amateur photographers, but the Soviet delegation at a photo exhibition in Cologne in 1980 really liked it. The Deputy Minister of Defense of the Soviet Union, Igor Petrovich Kornitsky, met the quirky Cosina at the Photokina exhibition in Cologne in 1980 and wanted the Soviet Union to repeat the same. LK-A would eventually outlive the Soviet system that developed it, and usher in a school of experimental film photography in the 1990s. 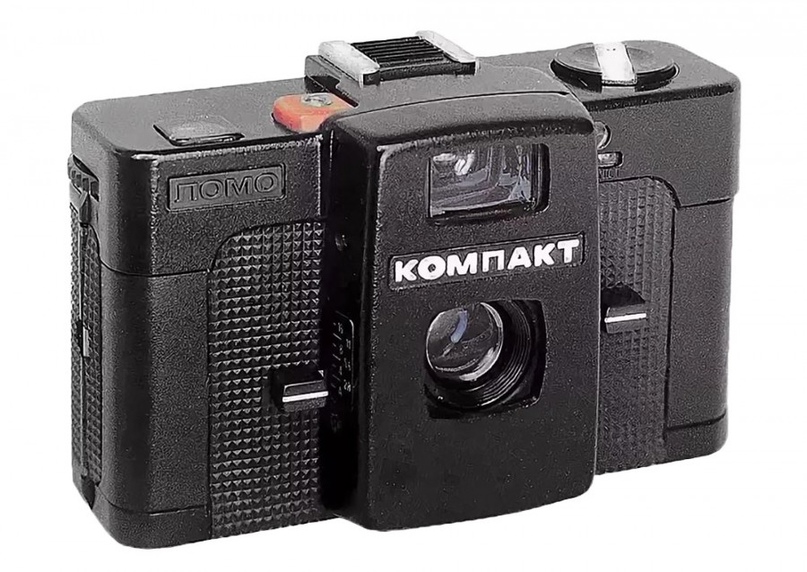 Copying a Japanese camera is quite a Cold War-era challenge, given that Japan has already become the world leader in photographic equipment, and not just interchangeable lens cameras. For the two years provided by the Ministry of Kornitsky, who oversaw this project, allocated for copying the camera, the Japanese Cosina was too complicated, and therefore some of the nodes had to be simplified.

Within the framework of the design bureau, a creative team was created, which worked from the first industrial batch on the creation of LOMO-compact. It was headed by the leading designer Mikhail Kholomyansky. The team included leading researcher Mikhail Biyushkin, leading electrician Sergey Dendobrenko, leading technologist Ada Zaitseva, leading designer Nikolai Panteleev, leading calculation engineers Irina Sovz and Lev Sakin, and other specialists. Employees of many special design bureaus were involved in the creation of the camera - development was a priority, and people were allocated “as needed”.

First of all, of course, the Japanese camera was thoroughly studied. “Already at this stage,” recalls Mikhail Kholomyansky, “it became clear that it would not be possible to completely reproduce Kosina. We took the path of creating LOMO-compact in its “classic” form of our own, in many respects, original design.” In particular, this concerned the design of the FZPE-10 shutter. A photo-shutter scheme was developed and tested on mock-up samples, which ensures constant exposure in the frame window due to automatically working out shutter speed and lens aperture when the brightness of the subject being photographed and the photosensitivity of the photographic film used change. At the time, this was new. LOMO-compact became the first domestic compact camera with a program shutter. 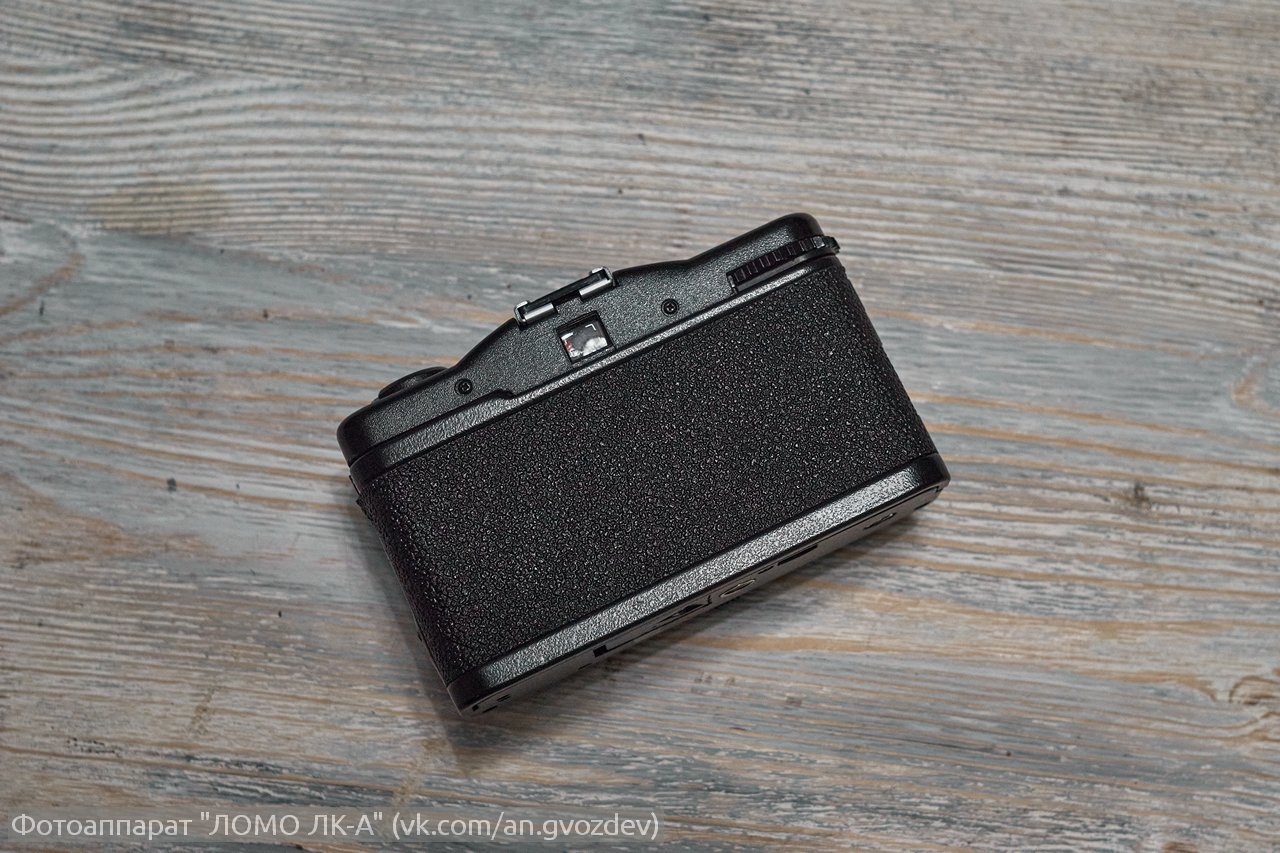 The first version of the lens, called "Minitar", was developed under the guidance of Valery Tarabukin, head of the laboratory of the GOI calculation department. The LOMO optical shop was dissatisfied with the manufacturability of the lens - in the case of mass production, the lens was fraught with huge problems. Subsequently, after an unsuccessful search for alternatives, the Minitar was redesigned by Lev Sakin, an employee of the Special Design Bureau for Optical Calculations, who took the original scheme as a basis. Kolomyansky did not like the initial version of the camera design, and he demanded maximum external similarity. As a result, the camera entered the market as it is now.

The LOMO LK-A could have been "another camera" of the many released, but it ended up having more of an impact on photography than any other Soviet camera. LK-A was relatively unknown in its heyday. It wasn't until the 1990s that LK-A became more famous, largely due to a fluke in Prague. In 1992, a group of Austrian art students found LK-A at a flea market in the Czech capital. The camera bore little resemblance to conventional Soviet cameras, and the Austrian students discovered that it was an electronic camera with some very noticeable features. 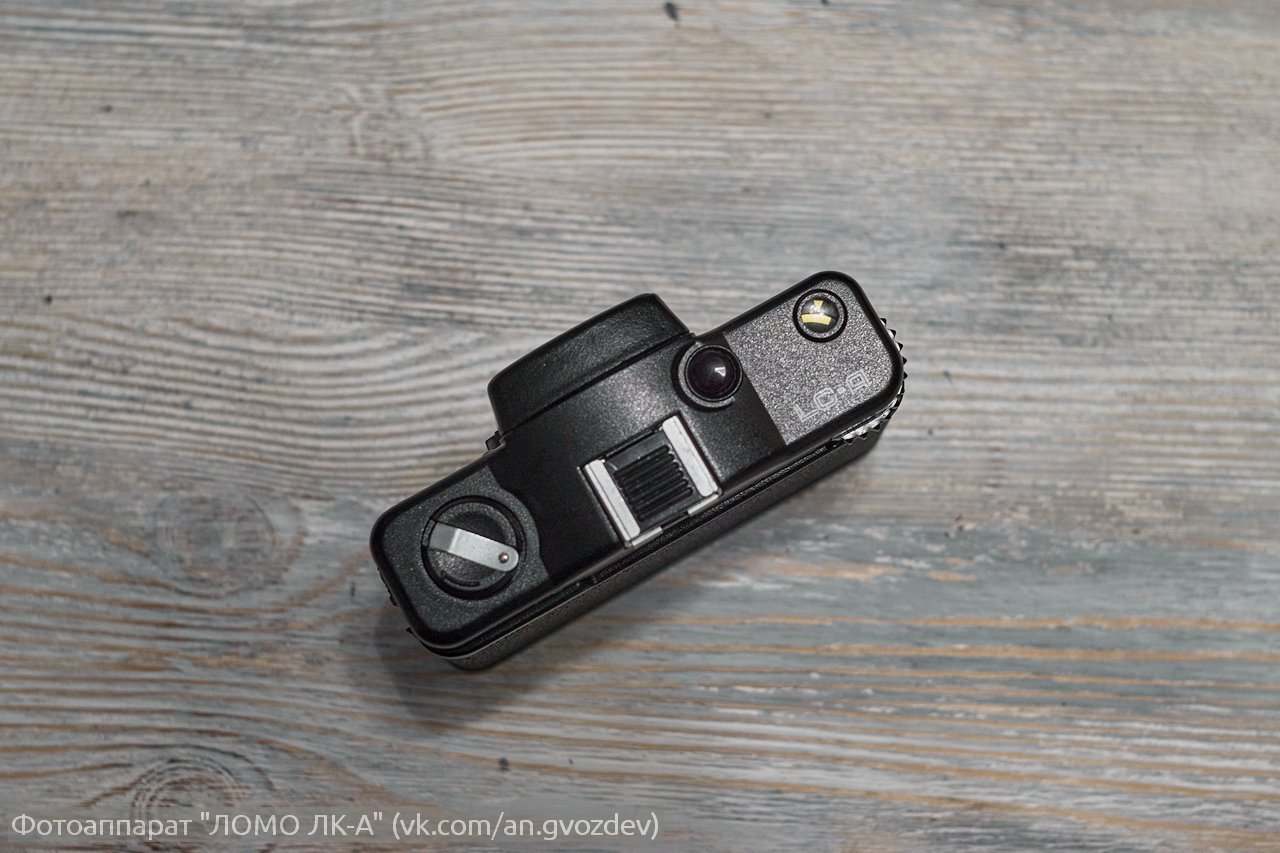 LK-A is a camera with a viewfinder, a fixed lens, a leaf shutter and an automatic exposure system. The lens that Soviet designers have been working on for so long is a 32/2,8 called Minitar-1, known for its sharpness, contrast and strong vignetting. There was vignetting on the Cosina CX-2 lens, but on the Minitar-1 LK-A it is much more dramatic. About 6000 copies of the first batch of this camera were distributed at the 27th Congress of the Communist Party in Moscow in 1986. These cameras, with a special icon on the top panel, regularly appear for sale on sites such as eBay or Avito.

The auto-exposure system could keep the shutter open at shutter speeds from 1/500 to two minutes, making low-light shots possible without a flash. LK-A is designed to work in automatic mode (hence the letter "A" on the body), but if desired, this could be changed. It was possible to manually set the aperture from 2,8 to 16, while the camera in manual mode used a shutter speed of 1/60. The peculiarity of the Minitar lens is that the glass gives a very contrasting picture, and on expired films it gives a very interesting contrasting image. And if you use various cross-processes ... Now in some places you can’t find chemistry in the daytime with fire for an adequate price. LK-A has become a vehicle for esoteric analogue practices such as cross-processing and the use of expired color films. 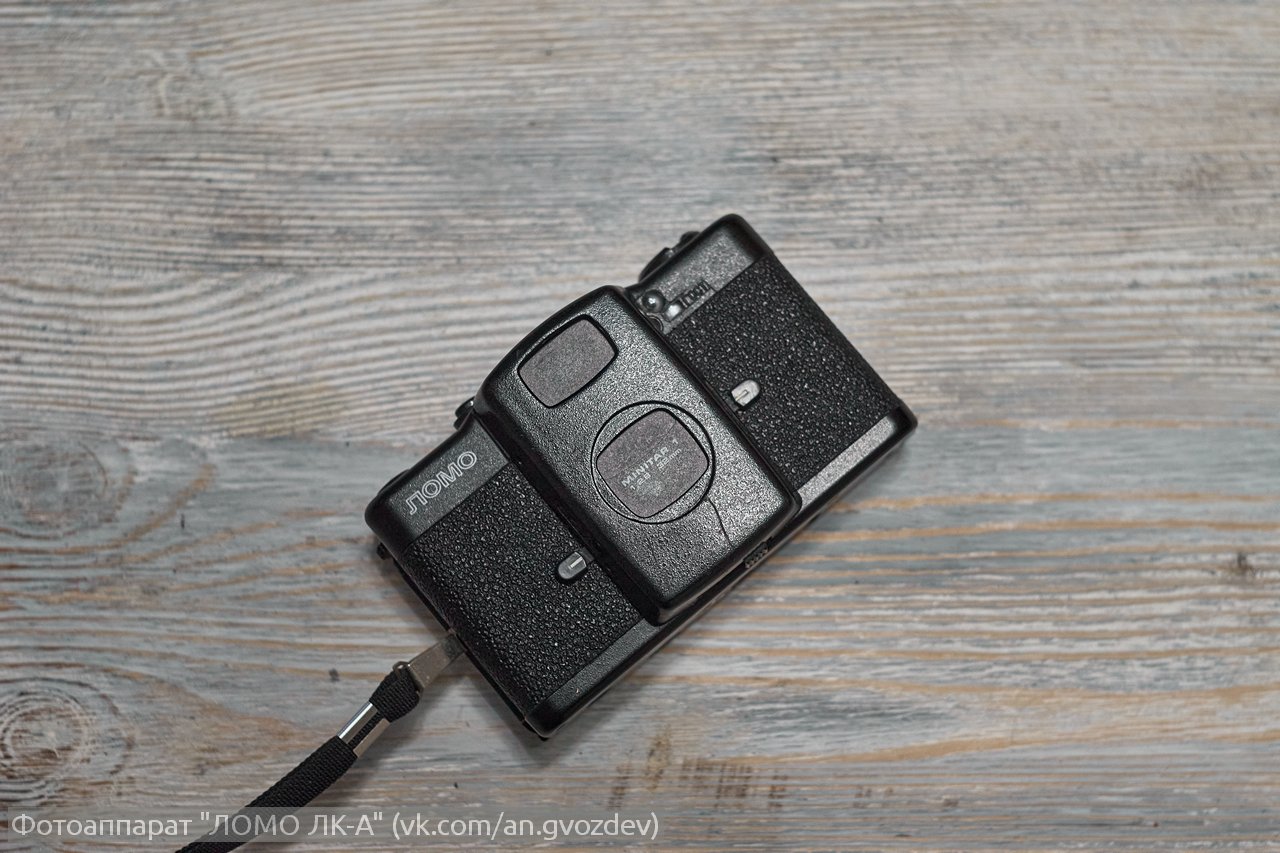 Production of the original LOMO LK-A ended in 1994, just after it was opened by the pioneers of lomography. Lomography has become such a craze that the new Austrian company managed to convince the post-Soviet Lomo to resume production. While most modern Japanese compacts were light, the LOMO LK-A is surprisingly heavy thanks to its metal body and trim panels. Engineers LOMO in LK-A they could not reproduce the Cosina rotating cover, so they chose a much simpler approach - the lens is closed with metal shutters that have a separate switch, and a viewfinder is also mounted in the protruding part of the body, in addition to the lens. What Soviet designers could not repeat was simplified. Like Cosina, LOMO LK-A used manual film advance.

On the right side of the panel (when looking at the camera from the front) is the switch for the camera's focus areas. These are 0,8 m, 1,5 m, 3 m and infinity. The minimum focusing distance of the LOMO LK-A is impressive, especially when you consider that the 32mm lens packs most of the world into the frame, while still making it sharp from the initial focus area. The selected focus area is displayed in the viewfinder with symbolic icons. When Lomography released the LC-A+ in the 2000s, the icons in the viewfinder were dropped. 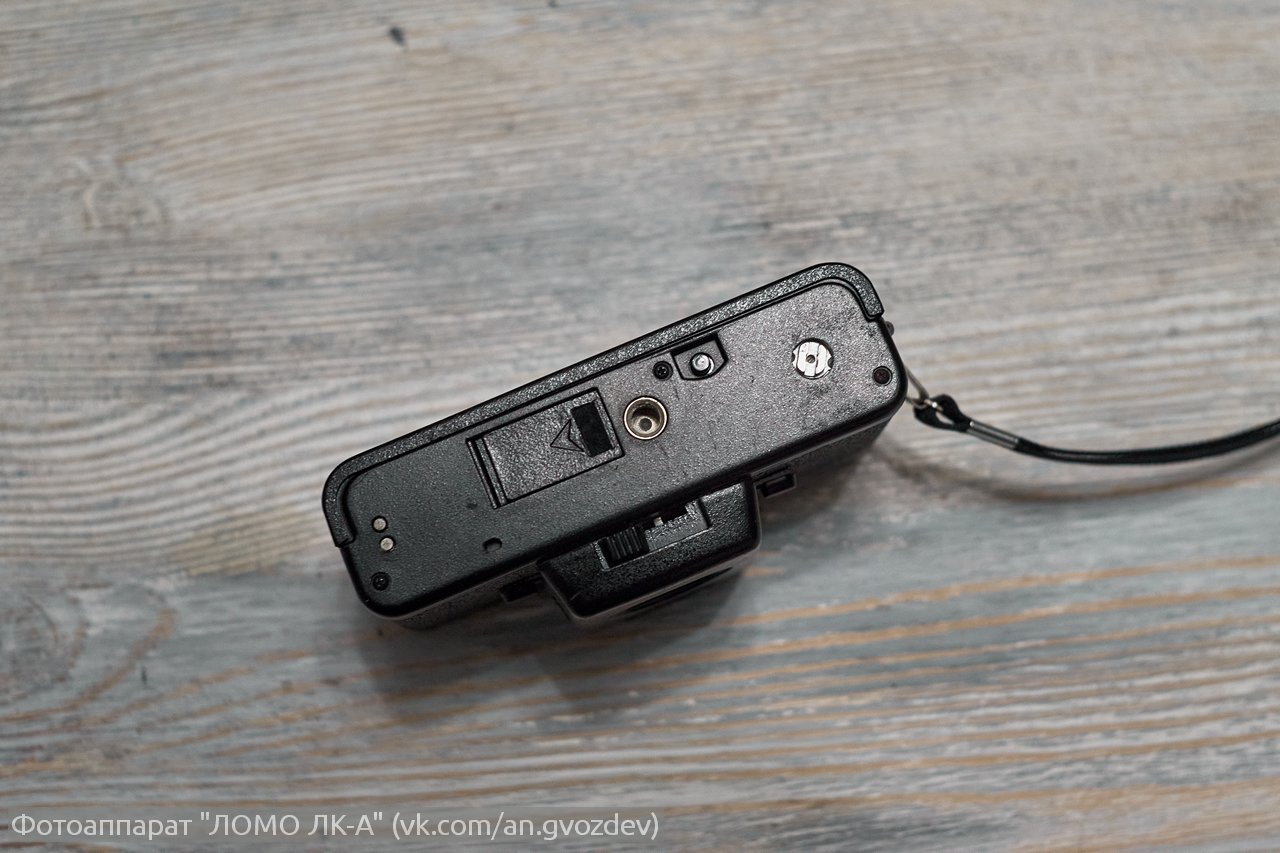 On the left side of the panel is a switch for aperture values, with the lower value corresponding to fully automatic exposure, in which the camera selects both aperture and shutter speed itself. This Soviet-era exposure computer, along with the lens, is part of the camera's unique allure. The LC-A uses three batteries - the ubiquitous A76 coin cell (LR44, AG13, LR1154, G13, GP76A). When the shutter button is half-pressed, the battery indicator in the upper left corner will light up, and if the camera thinks the lighting will cause a shutter speed slower than 1/30, another indicator will light up. One signal - the exposure is OK, two - the object is underlit, no lights - nothing good (or the battery is dead). 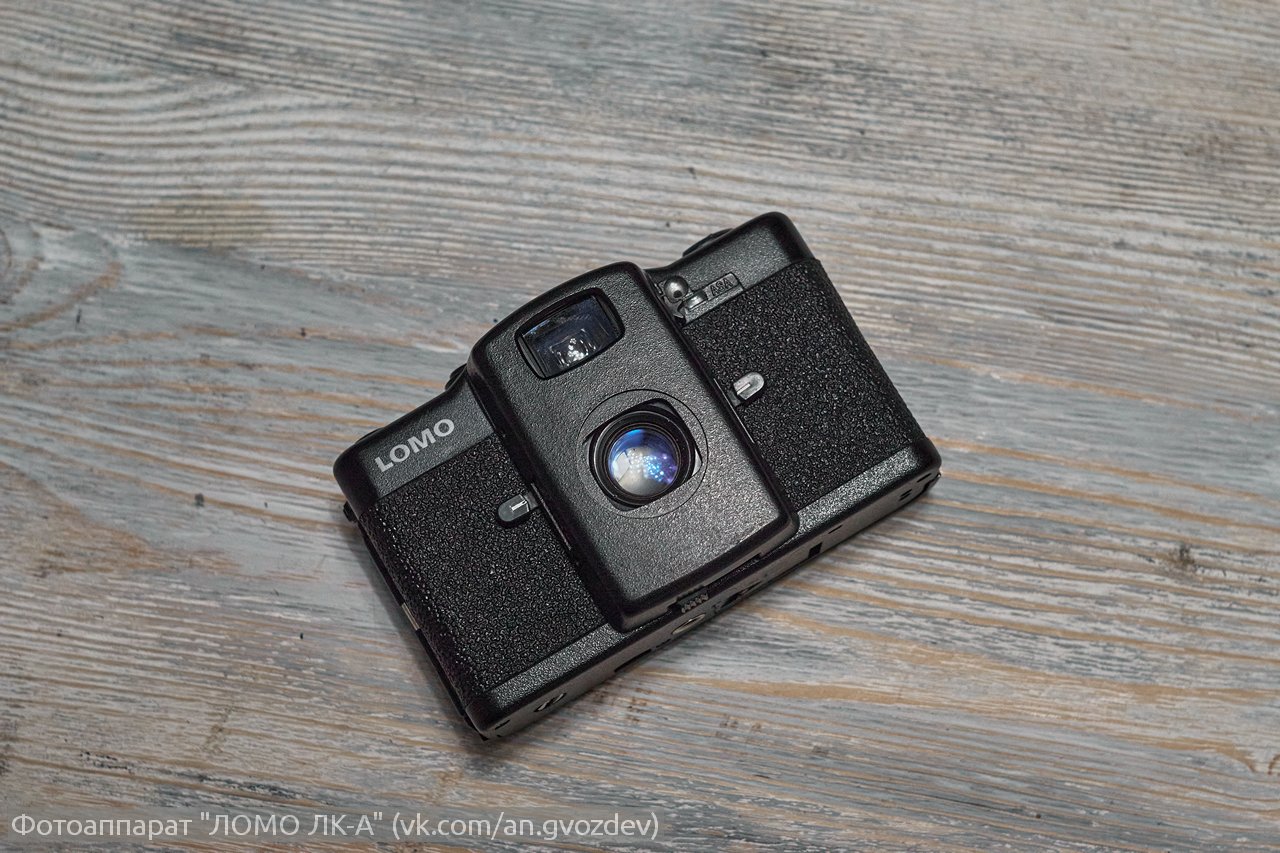 The USSR used a completely different system from the ASA/ISO used by the rest of the world. The Soviet system - GOST - was about 90% of the ISO numerical value, although this does not seem to be entirely true with the Compact-Automatic. The highest light sensitivity according to GOST is 250, which in ISO is more like 320, but in fact ISO 400. 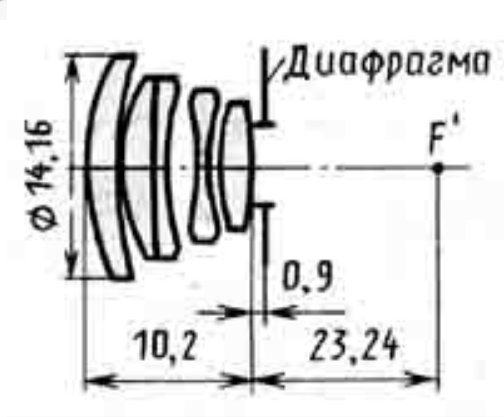 The Minitar-1 is not as sharp as the Cosinon lens in the Cosina CX-2 and its vignetting is much more intense. The Soviet-Russian lens is quite sharp in the center of the frame and has incredible contrast. The founders of Lomography found that Minitar enhances the contrast of color printed films. In LC-A, even expired color negatives will have vibrant colors. Minitar-1 is ideal for using cheap color film, which can be purchased in the backyards of the former Soviet empire. The colors obtained with it become even more dramatic with some film delay, shot in sunny weather and developed in a cross-process. The combination of distorted colors and increased graininess due to cross-processing and the Compact Auto lens gave rise to the phenomenon of Lomography.

For a camera with a maximum shutter speed of two minutes, the lack of a cable release slot is a mystery. Even if you put the camera on a comfortable surface, the resulting images will be smeared due to shake. Lomography has been releasing the LC-A+ since 2006, but it's not the same camera anymore. The original LOMO LK-A looks even better than the modern Chinese copy. Yes, power consumption has been improved, ISO1600 support has been added, but this is no longer the same LC-A. Contrary to the stories that the early LOMO LK-A (Compact-Avtomat) was fragile, there is evidence that the camera can work for a very long time. So, for example, in the review of CosmoPHOTO it is indicated that the LK-A of 1986 has been regularly used for 1996 years since the purchase in 20. 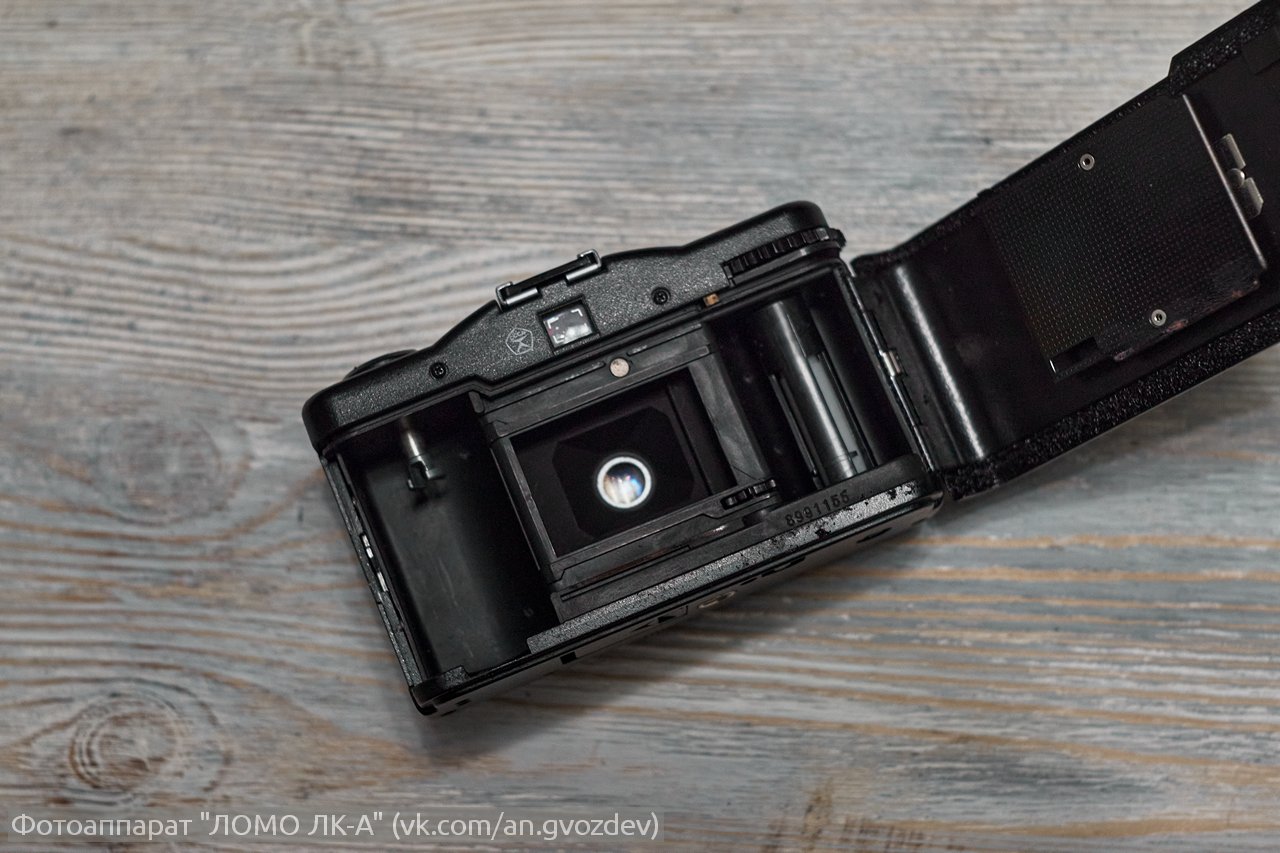 LOMO LK-A became not only a clone of Cosina, but over time completely eclipsed it. Amid the enormous upheaval brought about by digital technology, it was these cameras that helped keep film photography alive until today.

Models and variants of LOMO LK-A

The LOMO Compact-Avtomat camera was produced in different design options.

According to the catalog "1200 cameras of the USSR" it has the following modifications: