LOMO-135BC (LOMO-135BC) is a Soviet scale camera manufactured by the Leningrad Optical and Mechanical Association, equipped with a spring winder that provides automatic shutter cocking and film rewinding.

No, after all, it is impossible not to admire the flight of design ideas of Soviet equipment manufacturers. I think the Leningrad Optical-Mechanical Association is worth noting here. They already had such mechanical cameras as Leningrad, which had a spring rewinder, a unique viewfinder, and Voskhod, which simply abounded with interesting technical solutions. Ahead is the Compact Machine, which prolonged the agony of the film era and gave the world Lomography. But now we are talking about a camera, which, according to the principle of film advancement, can be put on a par with Leningrad. 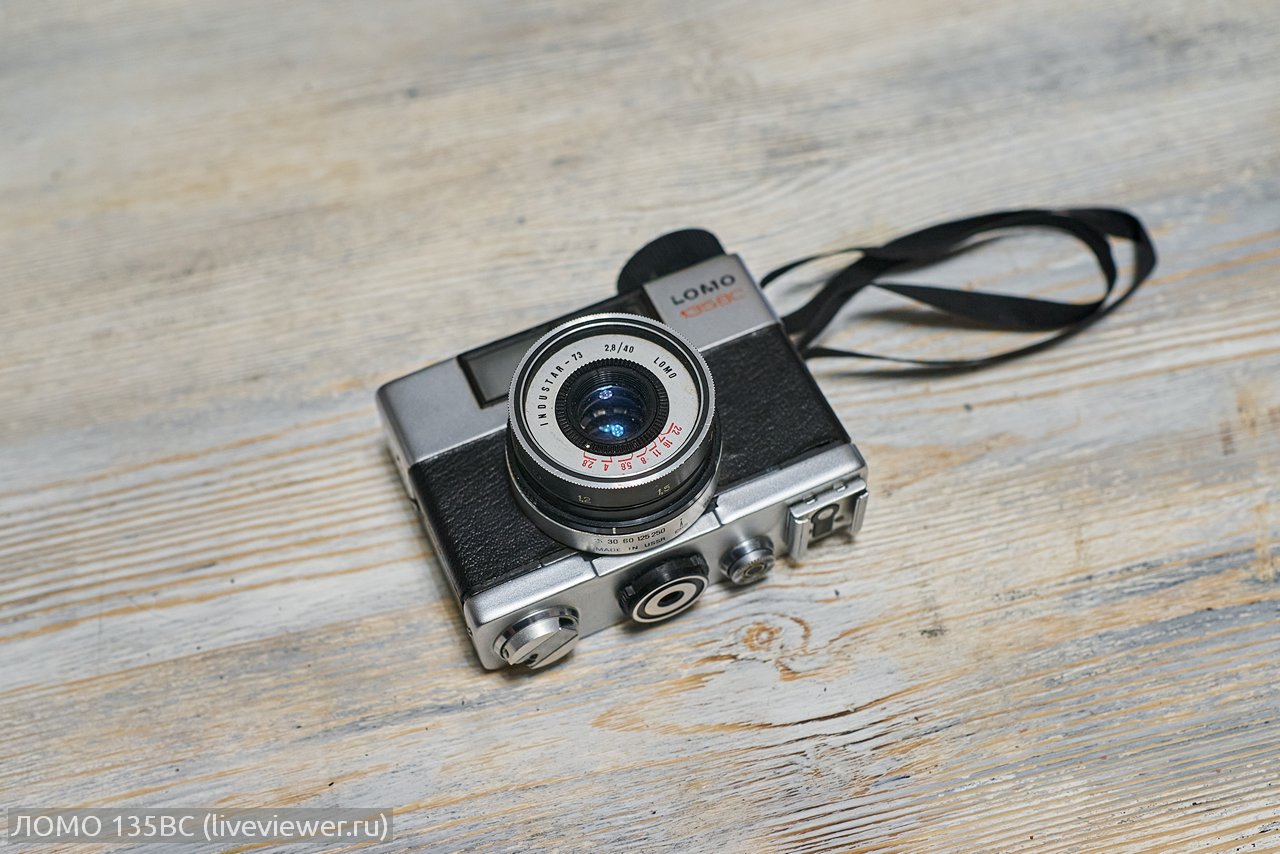 Of course, much is simplified here - after all, Leningrad was a camera for professionals, and LOMO-135VS is a scale camera. In it, film loading is also easier, and in general, the camera is still closer to the user, who does not want or cannot deal with shutter speeds and apertures. And yet, in light of the dominance of digital, and the total rise in the cost of film, the camera is a good way to save the very film that you can’t find either in the daytime with fire, or you can find it in the backyards of a betrayed and destroyed empire, but fairly expired. 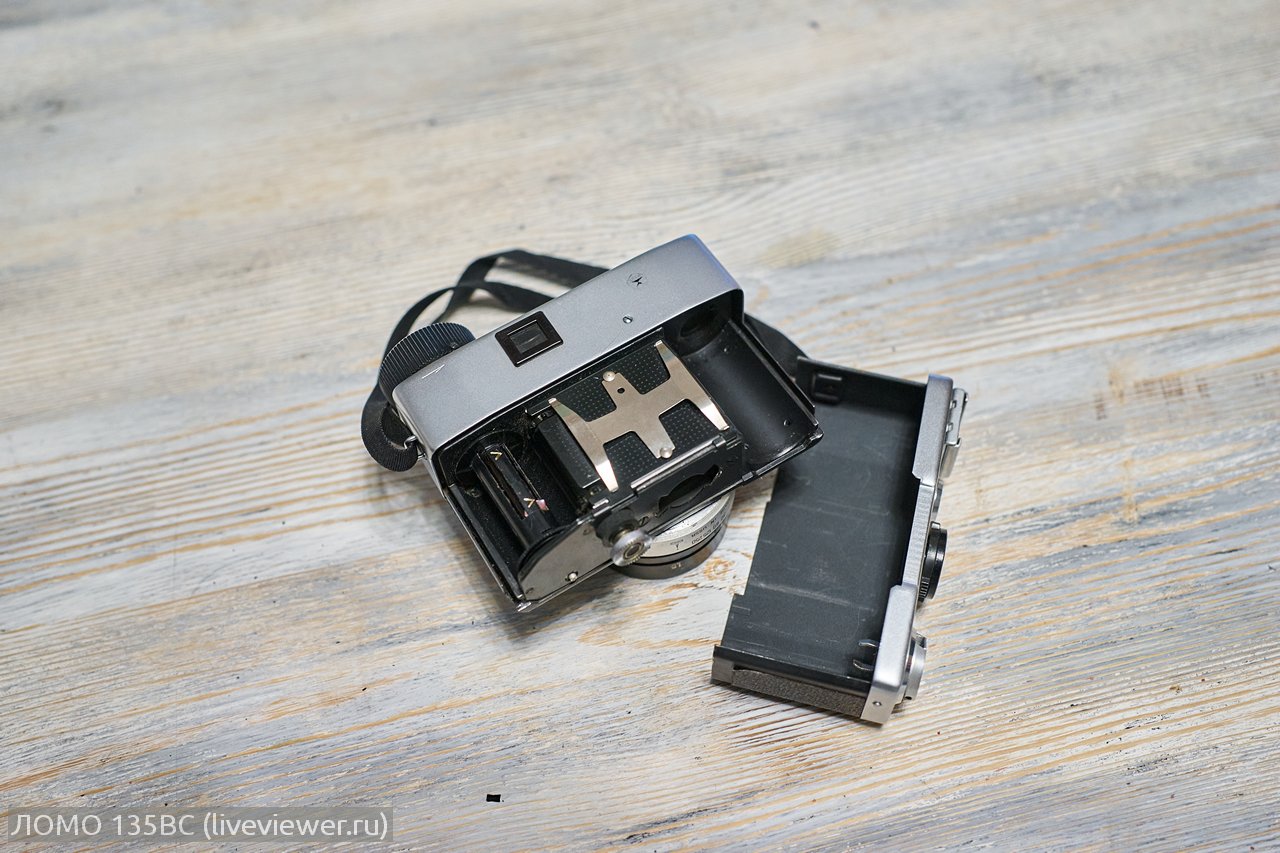 So, LOMO-135BC (LOMO-135BC). LOMO-135VS was produced for a much shorter period, but in a larger batch than the same Leningrad, however, left a good opinion about itself, as a camera that you can not part with forever. This small brutal and heavy brick made of light metals can not only protect you from gopniks in a dark passage, but also continue filming after a duel. A bright viewfinder with illuminated frame frames, although without a light meter, the camera has situational icons. Using rule 16, you can generally think only about the creative component of the picture, if you follow it.

On one spring cocking, 8 shots could be taken. You can take it with you somewhere in the mountains or shoot sports. True, the broach is not entirely automatic - after each shutter release, the shutter button had to be pressed again. The largest disk on the camera cover is responsible for spring cocking. I would say, in relation to the dimensions of the camera, it is gigantic. But the platoon and additional platoon of the spring occurs easily and naturally. 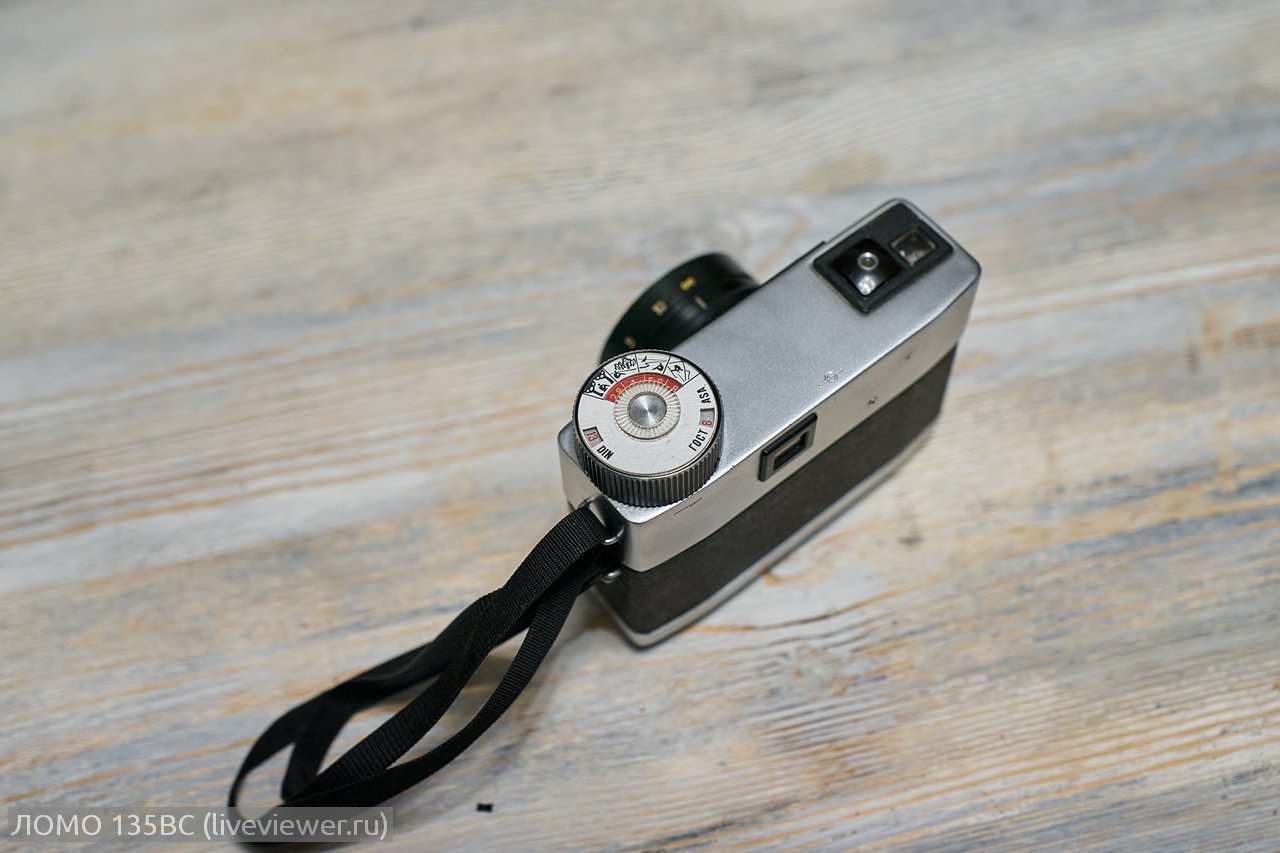 LOMO-135VS are cameras whose sore point, as in the case of the Leningrad camera, is a spring. If the spring fails, then the camera is inoperable. Fortunately, most of the cameras LOMO-135VS (LOMO-135BC), unlike Leningrad, come across in working condition. By the way, the lens in this camera is capable of producing a high-quality picture, thereby providing both high-quality prints and prints up to 13x18 inclusive. 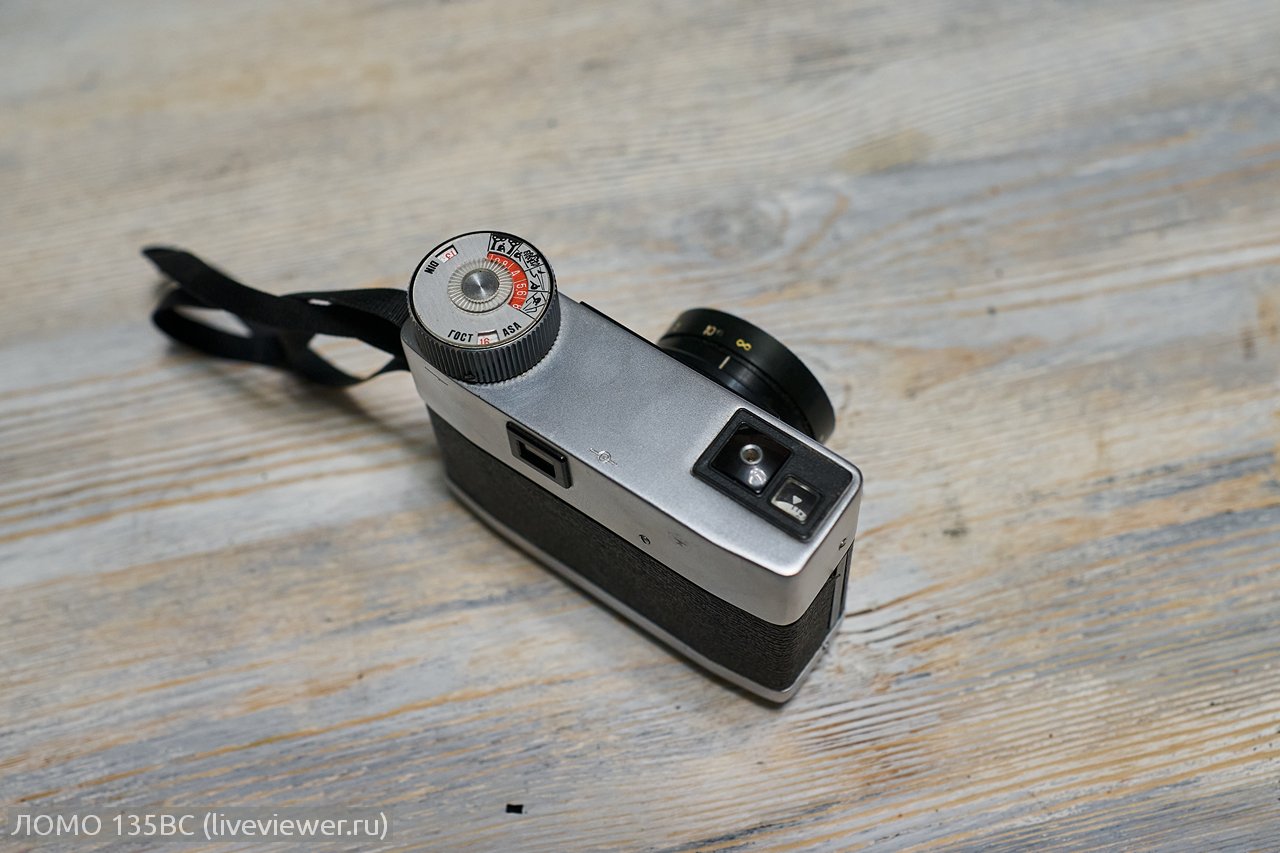 The camera is miniature, but has a decent thickness and a lot of weight. The film is loaded under the back cover. The camera is disassembled into two halves, a spool of film is installed and then its tail is pushed into the slot. The film in the region of the frame window is pressed against the table. The horizontal orientation of the frame is achieved with the vertical position of the camera, and the vertical orientation is vice versa. The viewfinder has a magnification and frame limits. 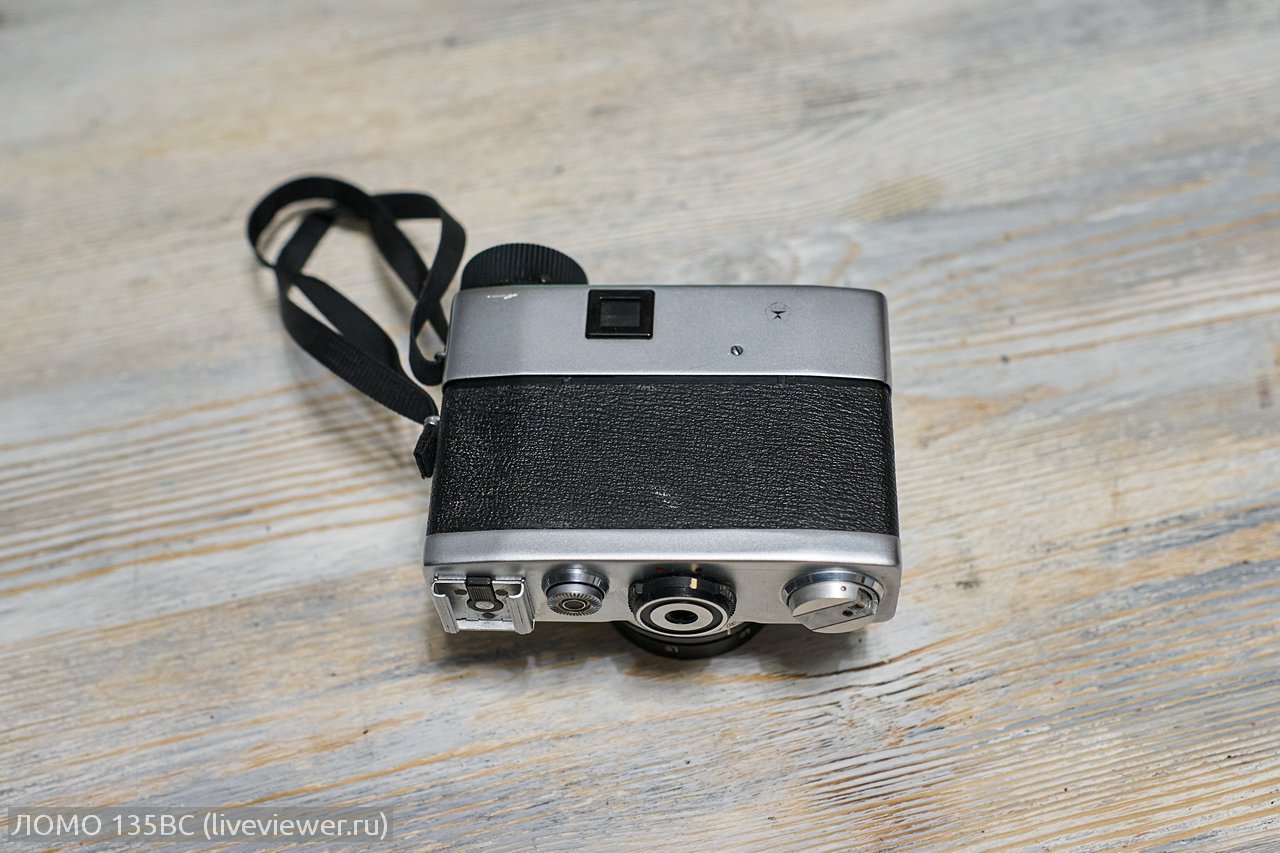 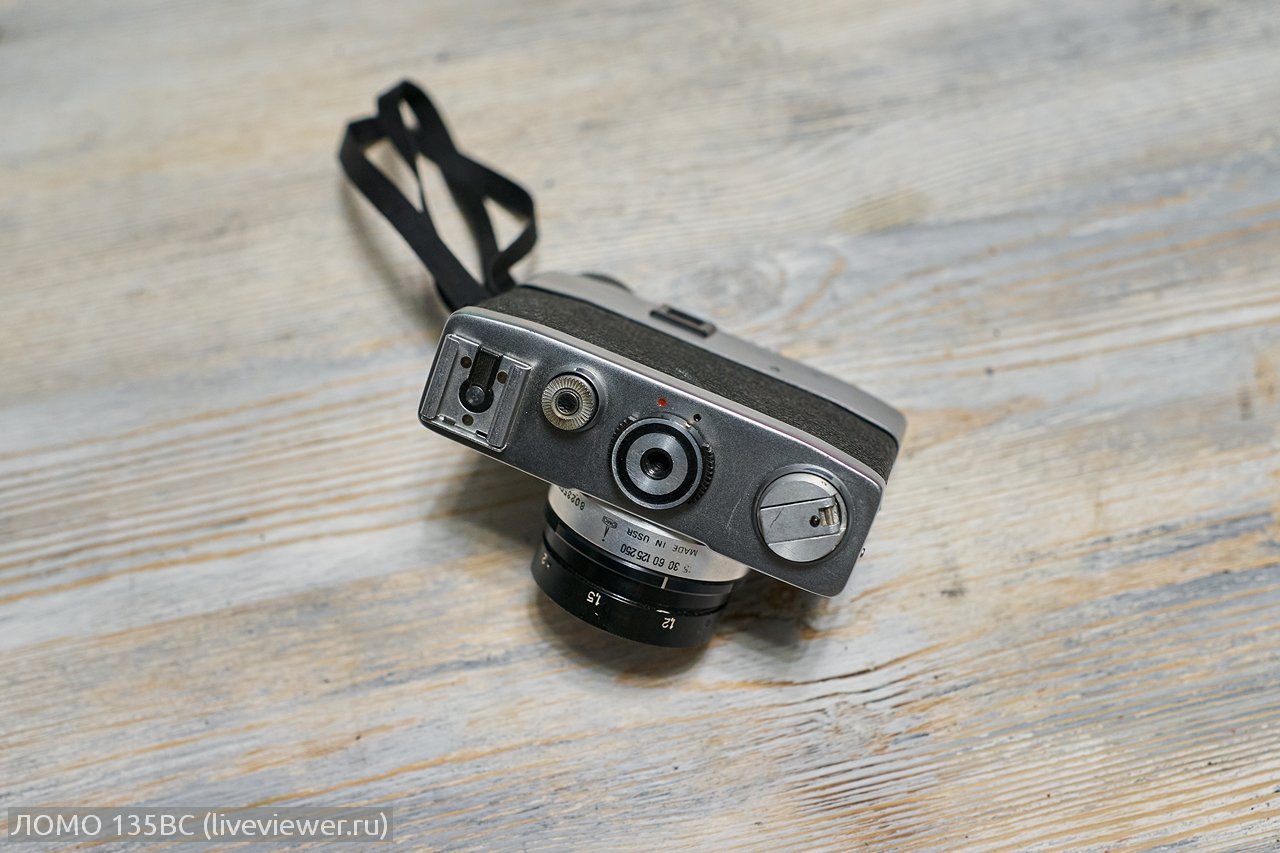