FED-50 - Soviet small-format automatic scale camera, produced by the Kharkov Industrial Machine-Building Association "FED"Since 1986. By the end of 1991, 107.530 pieces had been produced. The cost of a camera in the late 1980s was 90 rubles. Developed on the basis of the FED-Mikron-2 small-format automatic rangefinder camera. The main difference (besides the lack of a rangefinder) is that the camera's electronics are powered by a selenium photocell, and the FED-50 does not need a power source. 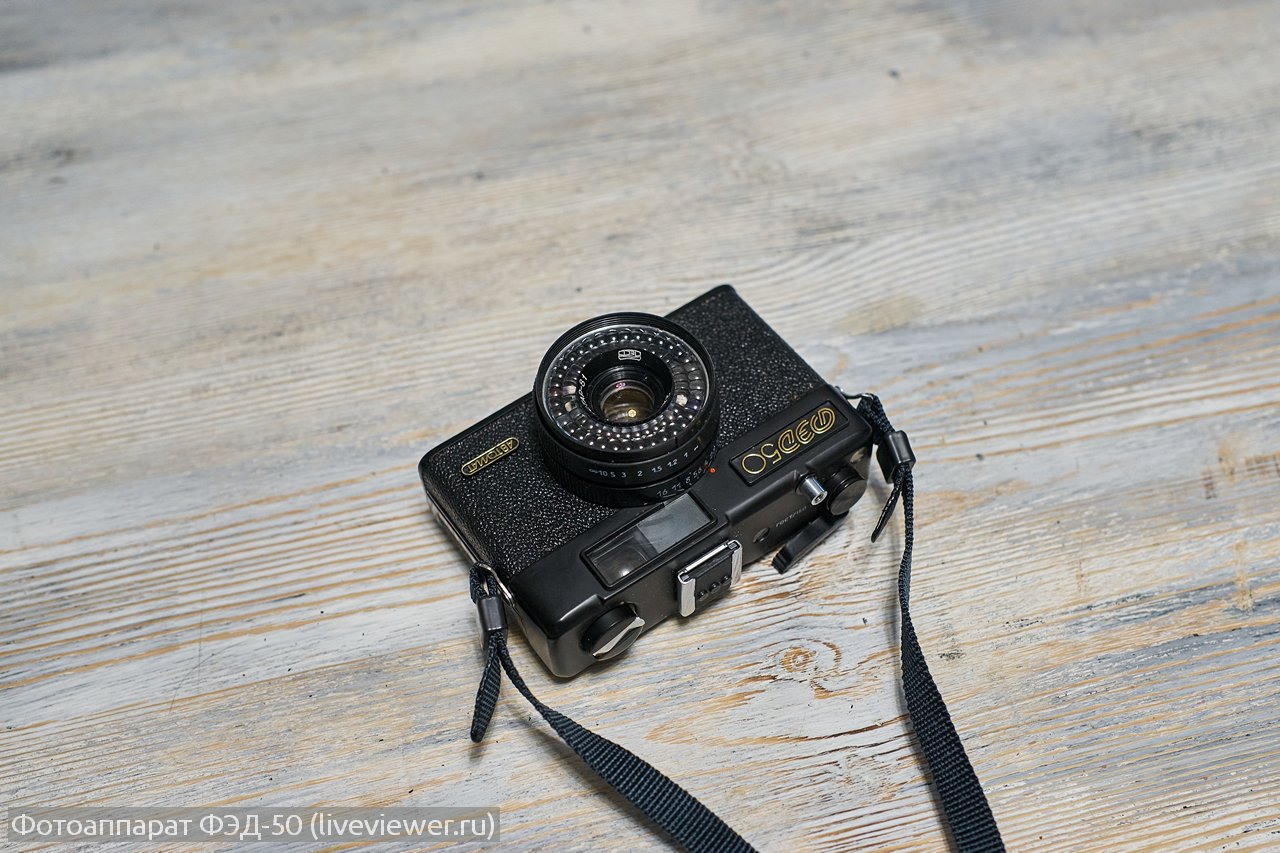 According to its characteristics and technical features camera fully complies with the class of amateur photographic equipment popular in Western Europe and the USA with simplified controls. The closest analogue of the camera can be considered the Japanese "Olympus Trip 35", released in huge numbers from 1967 to 1984. An additional advertisement for this model was made by the famous British photographer David Bailey, who used it as a "notebook" and for test shots. A relatively short-focus camera lens provided a large depth of field, which made it possible to do without focusing devices. At the same time, the quality of the resulting negative made it possible to make large magnifications. A simple and compact camera was suitable for constant carrying and shooting in any situation, thanks to simple exposure automatics. Outside the USSR, almost all manufacturers of photographic equipment produced similar models, since the demand for them was very high. 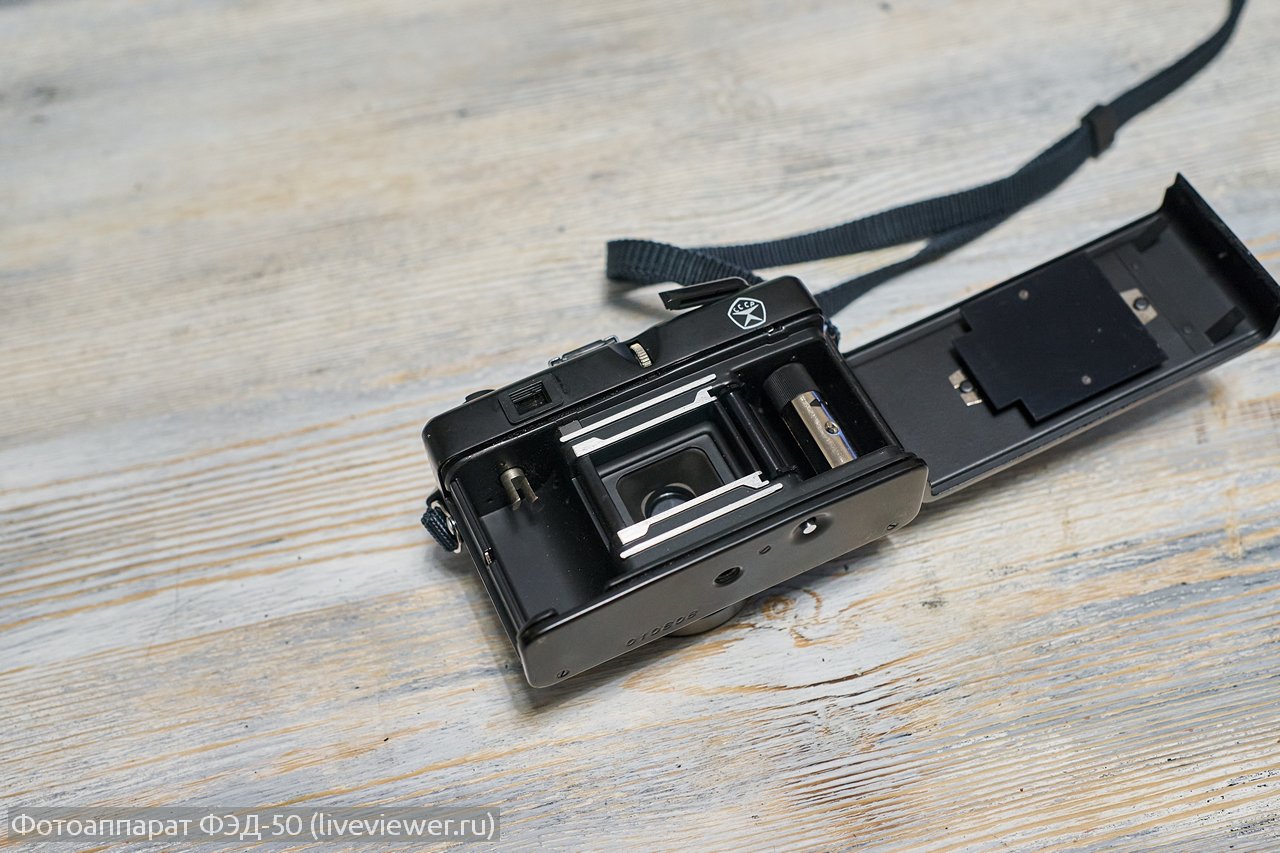 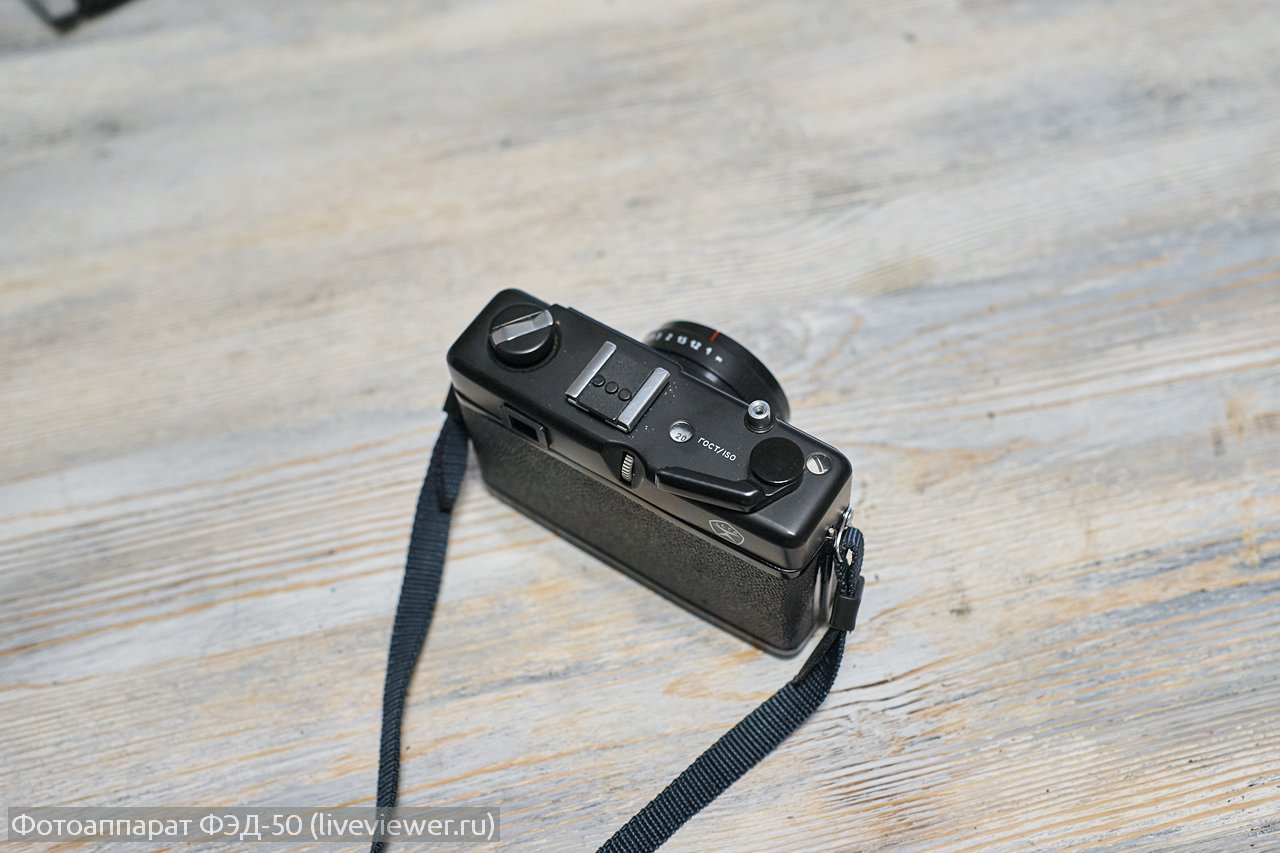 The FED-50 camera is a software machine. An annular selenium photocell is placed on the front surface of the lens barrel; when filters are used, corrections for their density are automatically made. The exposure meter controls the shutter-aperture, setting the exposure parameters depending on the set film speed and the illumination of the subject. The film sensitivity is set using a dial located on the top panel of the camera. Light sensitivity values ​​from 16 to 400 units. GOST with a step of 1/3 eV. At minimum illumination, the shutter-aperture works out a shutter speed of 1/30 at f / 2,8, and at maximum - a shutter speed of 1/650 at f / 14. The combination of shutter speed and aperture cannot be changed. 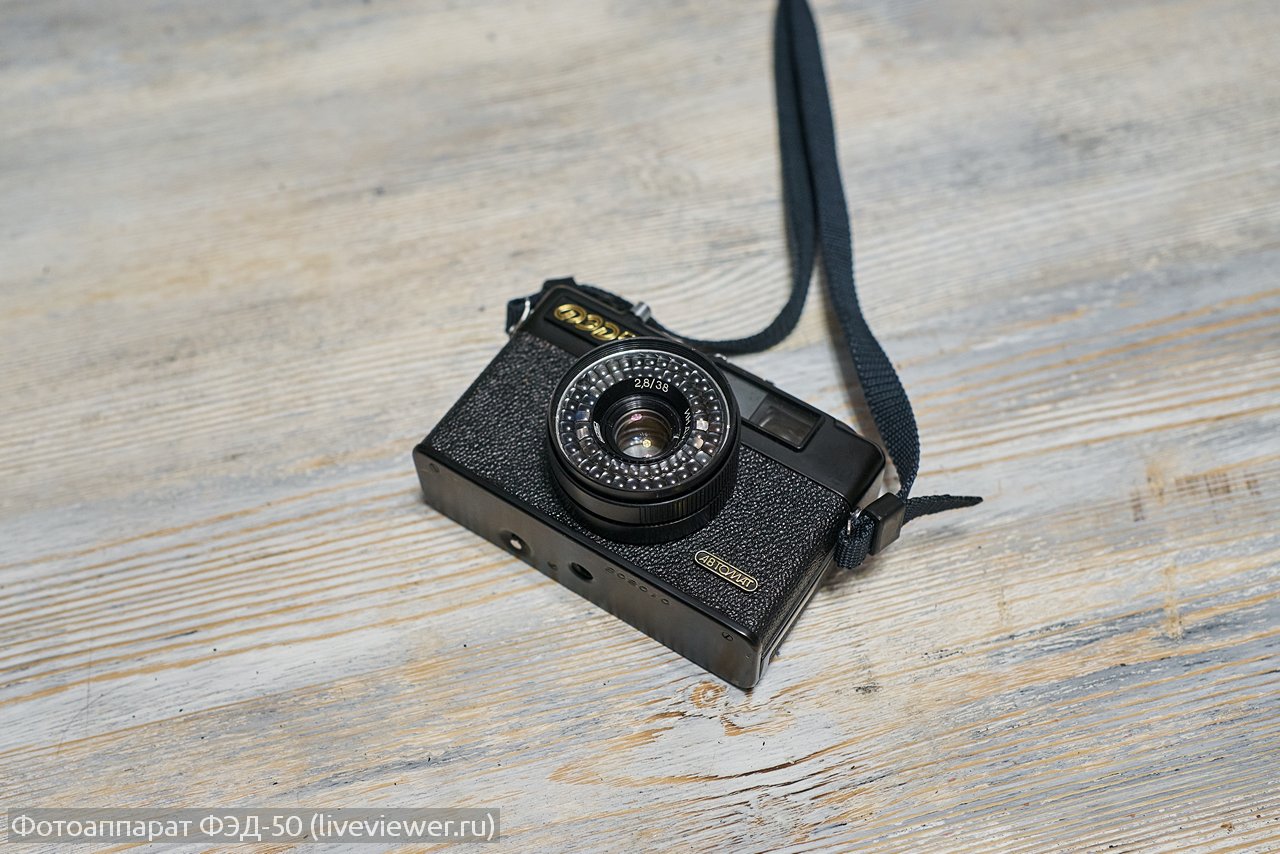 In low light or when the lens cap is not removed, the shutter release button is blocked. Shooting with flash and manual mode
Electronic flash is connected only through the central sync terminal "X". If you use a flash only with a cable sync contact, it is recommended to install it through an adapter. When the shutter-aperture mode ring is set to positions from 2,8 to 16, the lens is apertured to the specified value. The shutter speed in this case will be 1/30 sec. With a slow shutter speed set to "B", the aperture value will only be 2,8.