What is Image Sharpness

Image sharpness ~~ optical: the degree of distinctness (clarity, distinguishability) of points, contours, details of the optical image. Depends on the accuracy of focusing of the optical system, the magnitude of its aberrations, the range of wavelengths of light waves that create the image.

Sharpness is also affected by: light scattering optical system, diffraction light on lens frames and other parts. In photography, when shooting spatial objects, the blur of an optical image is associated with the impossibility of reproducing with the same clarity (with the same circle of confusion) in the plane of the photolayer of points of the object at different distances from it due to the finite value of the depth of field created by the lens.

How is image sharpness achieved during focusing?

Pay attention to the picture below. This is a conditional image of how focusing occurs.

At the same time, it turns out that there is a difference where to point the camera. Which of the pictures correctly and incorrectly focused on the face? In any case, we see it like this: 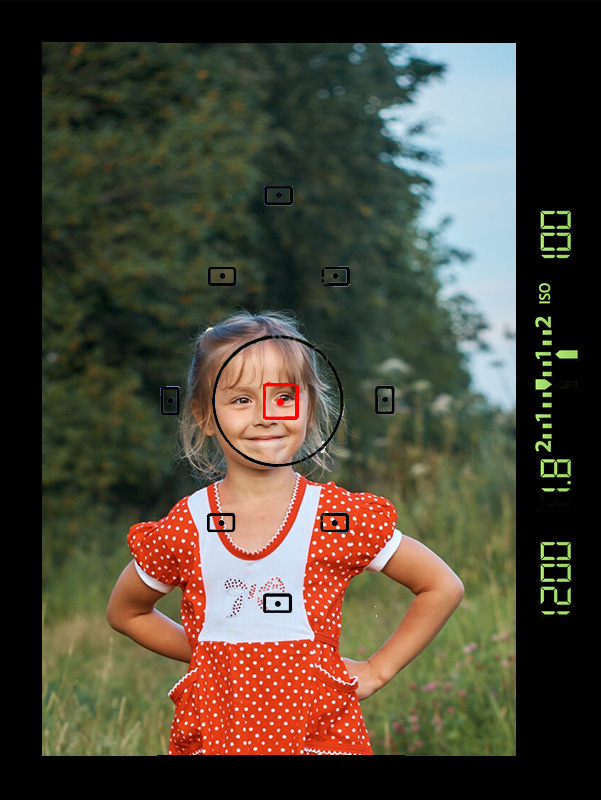 The sensor responsible for focusing is small, sitting at the very bottom of the camera behind the lenses. 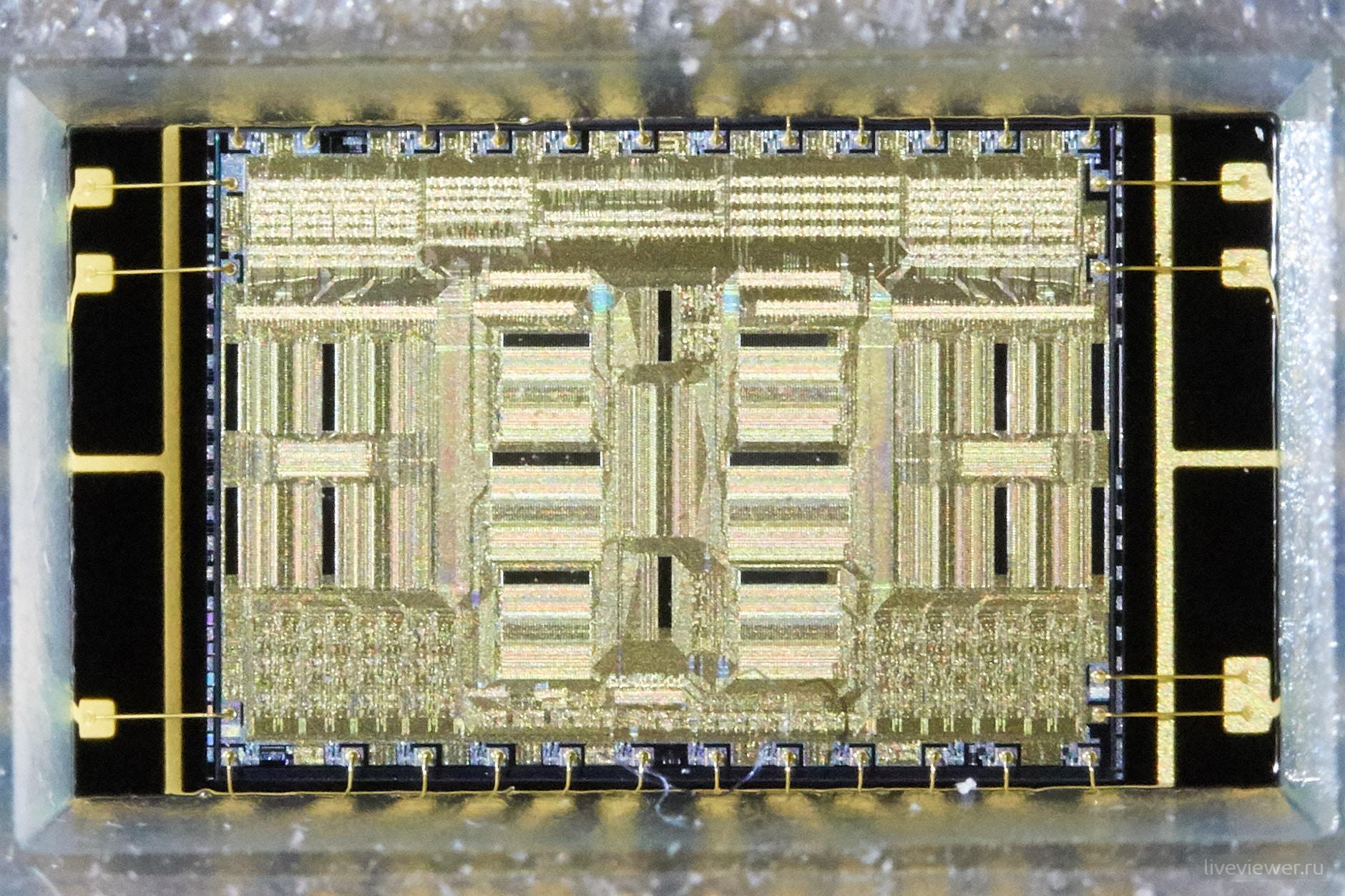 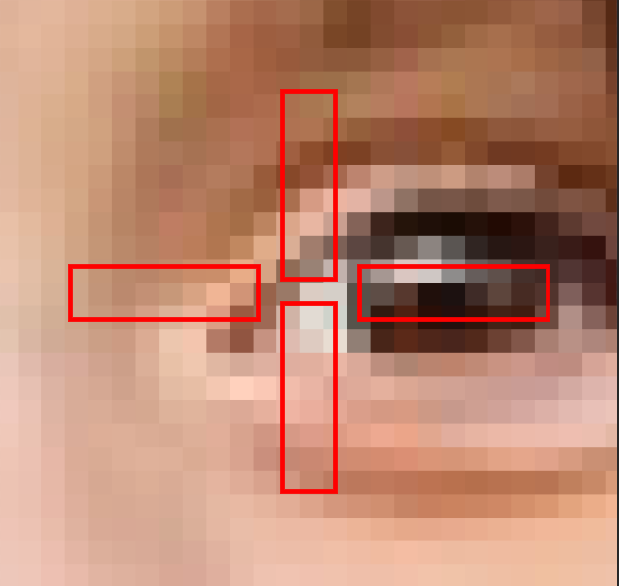 Sensors of old types in DSLRs sit in the same place, but they see worse: 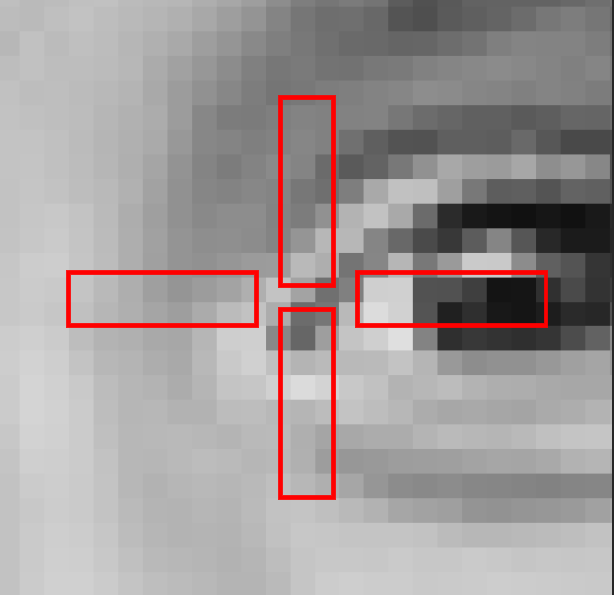 And there are several types of focusing sensors themselves. Horizontal, vertical, cross. And the more powerful this sensor, the better it sees sharpness. 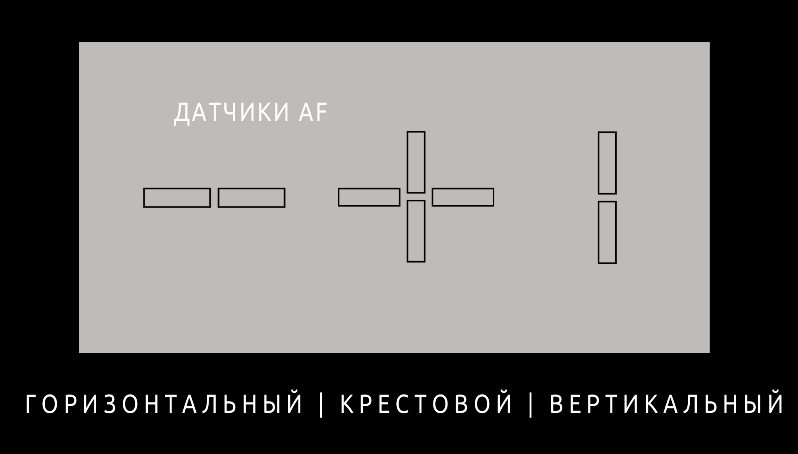 Focusing through the viewfinder of a SLR camera has a clear advantage in speed, but it does not always work accurately. Especially when focusing (and most often it is) occurs at an open aperture in autofocus mode. At this moment, the following things work, on which the accuracy of focusing depends no less than on our hands. There is such a thing in this photographic world as an acceptable circle of sharpness, once in which, the camera will always think that everything is OK, and you - not always.
This spot has certain tolerances precisely in order to capture the approximate sharpness as quickly as possible, and give confirmation to the rest of the electronics, so that the camera reports that it is ready to take a picture. And everything would be fine if not for a few buts that usually affect the accuracy of this process.