Leica I. The locomotive of amateur photography.

The story of how an invention can open up an entire industry.

German scientist Oscar Barnack collected his brainchild for 8 years. The first working version of the camera appeared in 1913. Initially, it was supposed to be used as a portable exposure meter for cinema equipment - in those days there were no light meters, exposure meters and other things that are now even in the intercom.

In order not to spoil a lot of the film, it was necessary to trick and determine the correct level of lighting with improvised means. The invention made it possible, in a short time and without much time consuming (not instantly, but faster than usual), to set the necessary parameters and start shooting. In general, it came in handy. The idea to use the prototype as a camera for commerce came a little earlier, but some problems had to be solved. The camera was named short for Leitz Camera. Since the inventor worked in the firm of Ernst Leitz.

At the same time, the 24x36 mm frame format was invented. The film was taken and placed in a reel, cut into two meters, and then a normal lens was designed. The idea of ​​using photographic film did not seem very tempting, since among photographers of that time there was an opinion that only plates and large cameras you can get good quality. New camera equipped gateohm with a wide range of shutter speeds, and a viewfinder. And later the model also acquired a rangefinder.

The introduction of the camera to the market was like a bomb. Not the hype, of course, as it is now on iPhone sales, but large enough for the analog era. It was not a leap, but a breakthrough. Imagine how much a photographer of that time dragged on his hump to shoot. Huge camera, plates, tripod, and other pribluda. 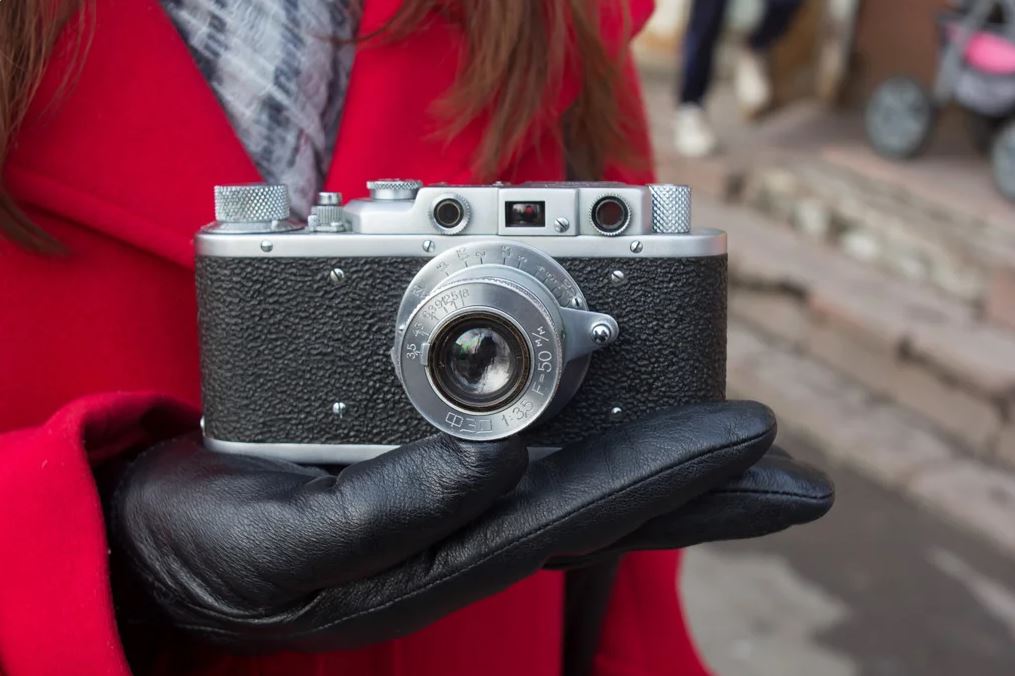 For the most part, a photo studio was opened for photography, since only S.M. Prokudin-Gorsky, photographer of the Tsar himself. Not even so much a photographer, but a chemist and inventor. And here - everything you need fits in the palm of your hand. Works quietly, shoots instantly. It does not take up space and even fits in a pants pocket. The most important thing is the huge savings in development time and money.

After the Second World War, many firms that had previously worked for the military commissar had to re-profile. All and sundry copied the watering can. This was done in huge quantities in the USSR. But some, now not small, started out with production by copying a German invention (Canon, made in Occupied Japan). And your Orthodox Nikon made lenses for them until they figured out to open their own production.

In addition to the compact camera and the new image format, many additional devices were subsequently produced, including for development. But that's a completely different story.

This is such a locomotive of amateur photography.