The history of Leica began with the Optical Institute in the German city of Wetzlar in 1849. The main achievements of the film era:

Compactness, quality and reliability have always been the hallmarks of Leica. In the early days, compact cameras indirectly relieved users of the cumbersome wide-format shooting setup, offering absolute advantages such as the ability for photographers to take multiple shots in a row without changing film. The first Leica small format camera soon became popular with photographers around the world and greatly expanded their ability to capture the world on film. Among the photographers who captured the events on Lake's cameras were Henri Cartier Besson, Eugene Khaldey, Frieder Blikle.

During World War II, thanks to its portability and reliability, Leica cameras were widely used by photographers to highlight major events. In a sense, Leica has contributed in part to the development of modern photojournalism. Probably the general consensus is that the quiet operation of the Leica rangefinder is supposed to be an excellent feature of a photojournalism camera. It would be wrong to associate LEICA only with renowned photographers of the medium, as the quality and reliability have allowed Leica to gain widespread acceptance among professional and amateur photographers, as well as artists who have chosen Leica cameras as their personal imaging tool. 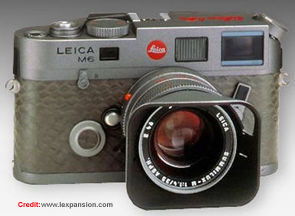 Over the years, there have been several special editions of LEICA cameras that have been released in very small numbers either to offer as a corporate gift or to commemorate a special occasion and / or simply released with a specific targeted background in their respective editions. 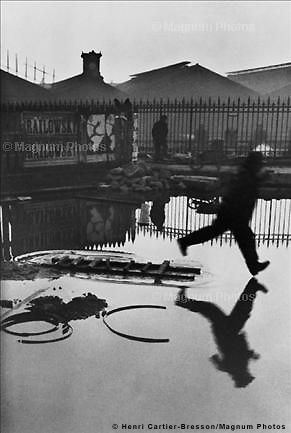 Henri Cartier-Bresson, long-time Leica co-founder of Magnum, is arguably the most famous Leica photographer of all. In 1932, at the age of twenty-four, he acquired a Leica rangefinder camera and turned an occasional interest into a passion. In the years that followed, he created some of the most original and influential works in contemporary photography with his camera. Recalling the beginning of his career, in the introductory essay to his 1952 collection, The Decisive Moment, Cartier-Bresson recalled: “I worked with pleasure. I just discovered Leica. She became an extension of my eye, and I have never parted with her since I found her. " ... The "defining moment" style he came up with is best represented in his signature photograph of a jumping man frozen in a millisecond before his foot falls into a huge puddle on a railroad track in Paris, 1932. Today, the works of Henri Cartier-Bresson are in the collection of museums and private art collectors around the world.

In 1998, Leica AG collaborated with Louis Vuitton Malletier, Paris to create a unique and distinctive LEICA M6 with a presentation case and case in the original Louis Vuitton style and design. The camera has an upside. base plate and fittings. Platinum-plated and trimmed in calfskin and leatherette, and in the most unusual manner, were engraved with the facsimile signature of Henri Cartier-Bresson. 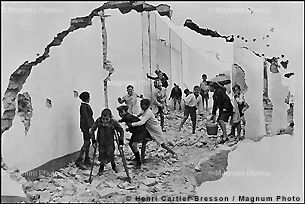 One of the unique highlights of this special issue is that for the first time, Henri Cartier-Bresson, arguably the greatest photographer of the twentieth century and a leading Leica user, agreed to support the camera and allowed his signature to be engraved on the camera. One of the main reasons is that the print run is auctioned at Christie's in South Kensington and the proceeds from Leica and Louis Vuitton are donated to the French international charity les petits frères des Pauvres. Leica, as a camera manufacturer since 1925, and Louis Vuitton, as a manufacturer of exquisite bespoke bags since 1854, have an unrivaled reputation for the quality of their products and this camera and case. This is a momentous moment for both firms. The camera and case are unique, and this is an exceptional opportunity to acquire the finest Leica collection while benefiting a charitable organization that operates in Europe and America. In addition, and for the record only, Leica legend Henri-Cartier Bresson unveiled the Leica M3 with the special serial number 750 on the occasion of the Paris Biennale of Photography. 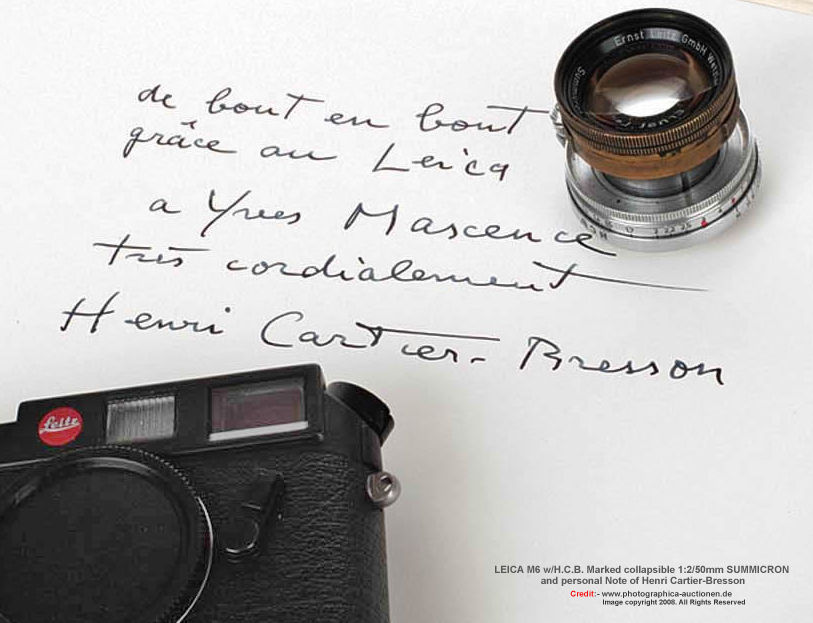 The use of Leica in photojournalism has resulted in impressive results. German photojournalist Erich Salomon is considered one of the founders of the shooting method by surprise, who got the opportunity to capture the informal life of politicians thanks to Leica. The outbreak of the Second World War was also documented by the new camera, which remained operational in conditions unthinkable for equipment of larger formats. One of the most famous examples of the use of the Lake in this war was the footage of the Allied amphibious assault in Normandy by war photographer Robert Capa. He became the only one of the many filmmakers who landed with the trooper, having received unique images due to the unpretentiousness of the camera.

The Leica is the first mass-produced small format camera. Its prototype was created in 1913 by Oscar Barnack, who used standard 35mm film, but with twice the size of the frame - 24 × 36mm. Barnack's phrase "Small negatives - large images" largely predetermined the further development of photography. In 1923, Barnack convinced his boss, Ernst Leitz II, to produce a prototype of a new camera, which went on sale in 1925 under the name Leica I. The original name looked like LeCa and was derived from Leitz Camera - "Leitz camera". Subsequently, the more euphonious word Leica was chosen. 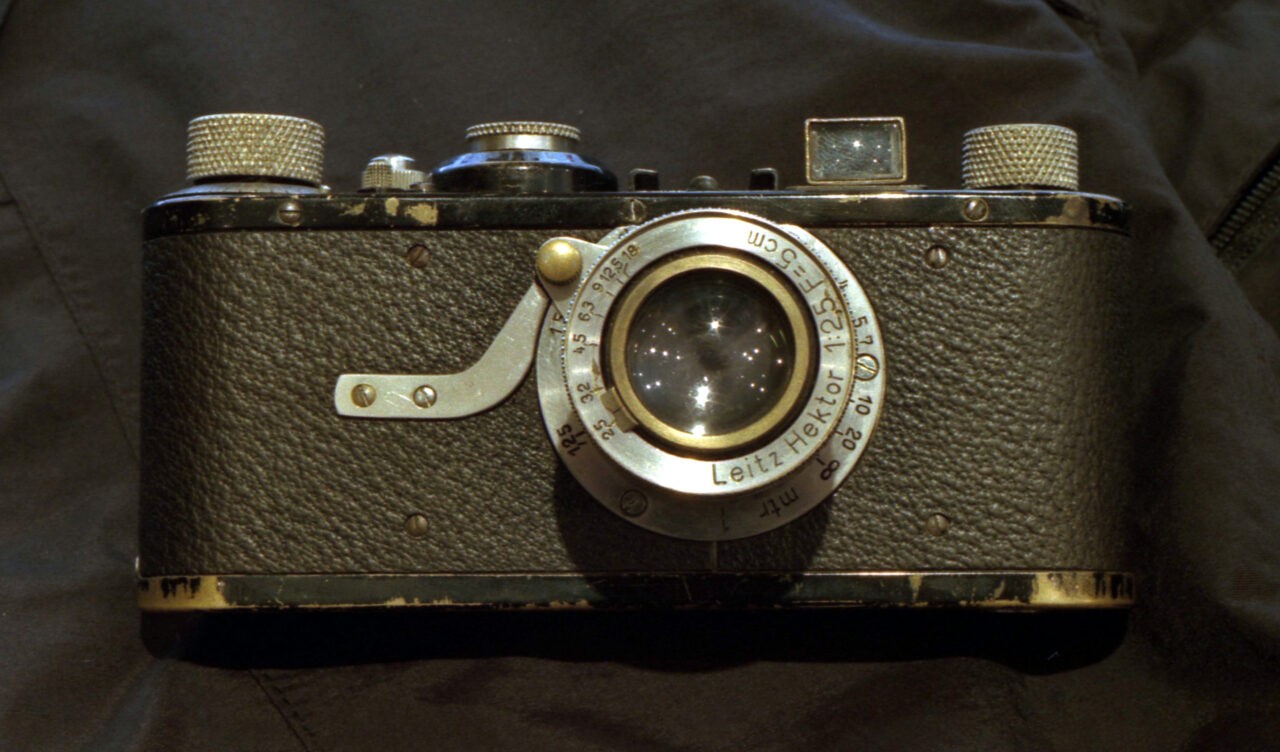 IN USSR cameras Leica were on the free sale, and in January 1934 the production of a Soviet copy of the Leica II camera - the FED camera - began. The retail price of a standard FED in 1937 was 712 rubles, and the German device cost more than 2000 and was available to few. During the Great Patriotic War, photojournalists preferred to use domestic cameras, because shooting with foreign equipment required a special permit. In 1948, the Krasnogorsk Mechanical Plant mastered the production of Zorky cameras according to the FED documentation. FED was produced until 1955, "Zorky" - until 1956. 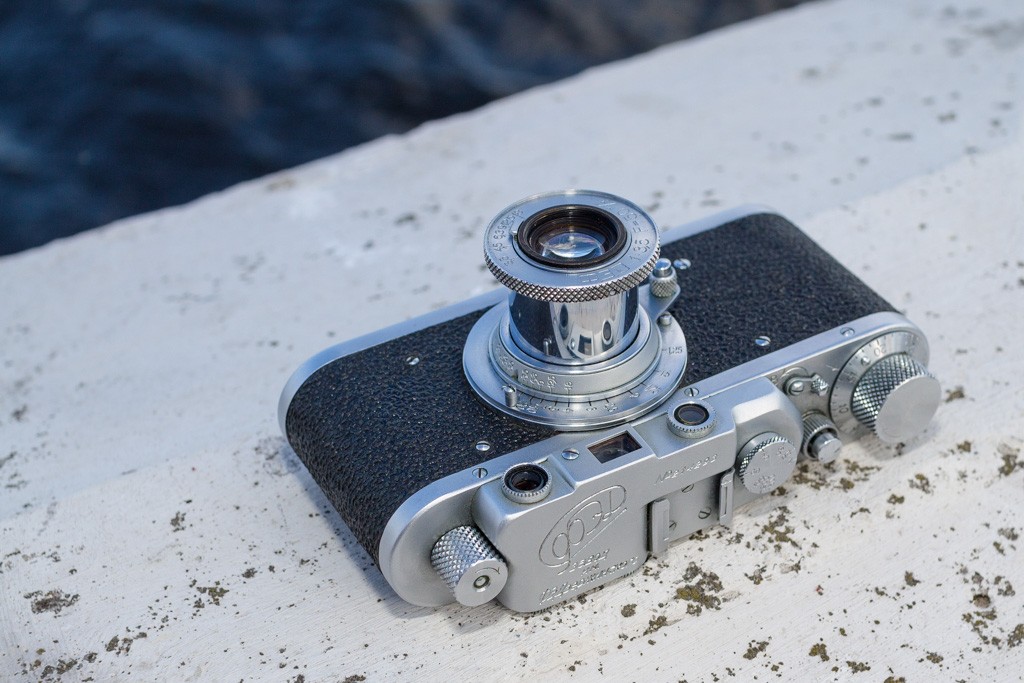 For "threaded" and "bayonetThe Leica rangefinder was equipped with a Leica Visoflex attachment (in three versions), which made it possible to transform a rangefinder camera into a single-lens reflex camera.

The proliferation of single-lens reflex cameras, which began after the elimination of major system shortcomings in 1959 in the Nikon F, led to a serious drop in demand for rangefinder cameras in both photojournalism and other branches of photography. The trend has not spared the Leica Camera, significantly reducing the sales of the equipment. By the mid-1960s, DSLRs were available for most photographic equipment manufacturers. As a result, the company was forced to start developing its own SLR systems, the first of which was the Leicaflex.

In Lake they are very fond of producing luxury design products, and under an individual order. If you look for information, you can find that in the entire history of existence outside the mass segment, more than five dozen cameras were released with different body finishes, colors, and thematic sets. I have collected some of them on the site.