FED-5 is a Soviet rangefinder camera with interchangeable lenses, produced from 1977 to 1991 of the last century by the Kharkov Labor Commune named after Felix Edmundovich Dzerzhinsky (Ukraine), which by that time existed as a large plant for the production of cameras and optical instruments.

FED-5 - development of FED rangefinder cameras. FED-5, FED-5V, FED-5S were produced in parallel. The FED-5 had a rangefinder combined with the viewfinder with a base reduced to 2mm compared to the FED-43. The cameras were produced with a selenium exposure meter. The optics were installed on an outdated M39 connection (Leica Screw Mount). The numbering of the cameras is coded, it is not possible to determine the exact year of release. For the period from 1975 to 1991. produced about 230 copies.

FED-5 meets different types of control materials, with different writing of the font in the name of the model.

According to the catalog "1200 cameras of the USSR" FED-5 has the following modifications:

The 1977 camera, although it had an outdated lens mount, nevertheless made it possible to take good photos. It had a combined rangefinder with a viewfinder, but at the same time, focusing less than one meter was not available for the lenses of these rangefinder cameras. There was an extensive park of optics, which made it possible to install various lenses with a standardized focal distance without adjusting the rangefinder, and the standard lenses of the Industar series initially had good image quality, unlike most of what is now equipped with cameras with interchangeable lenses in the kit. 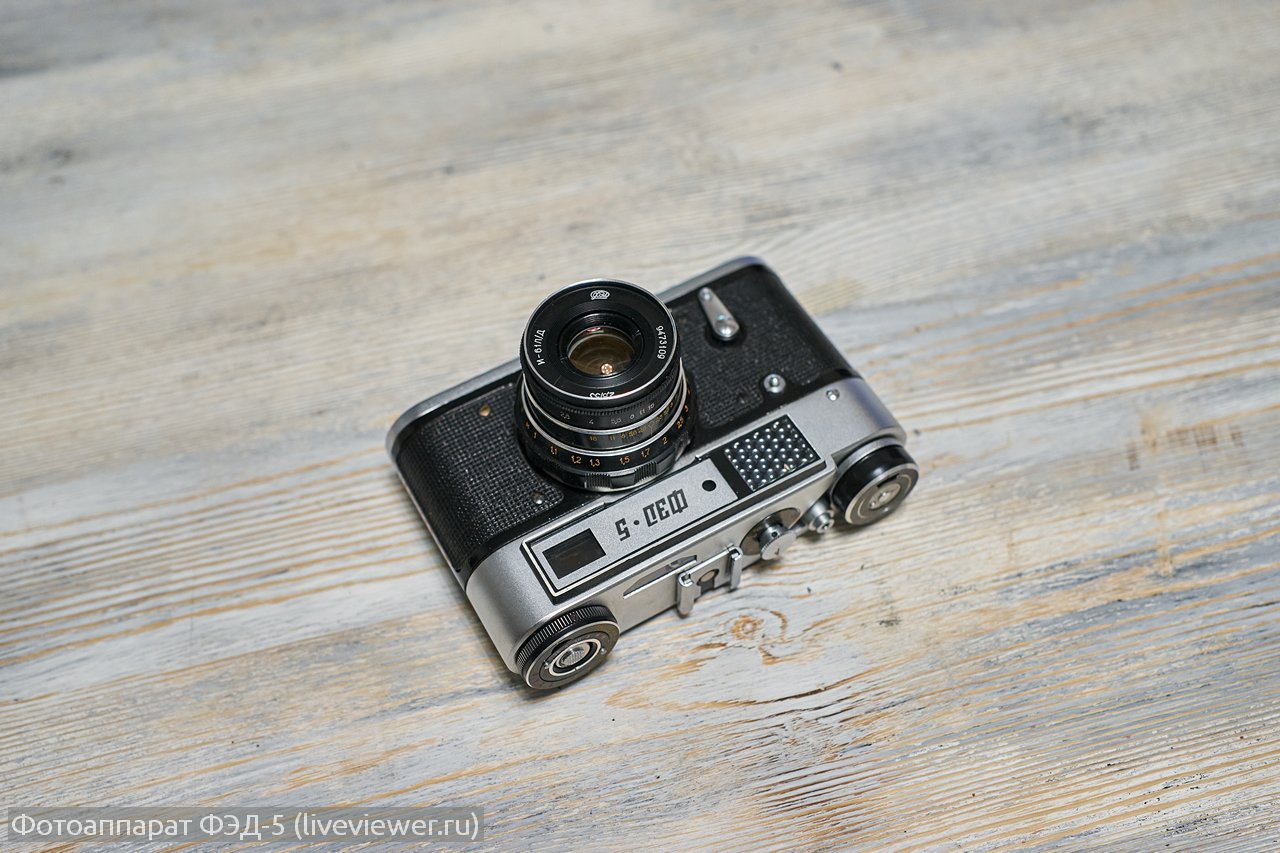 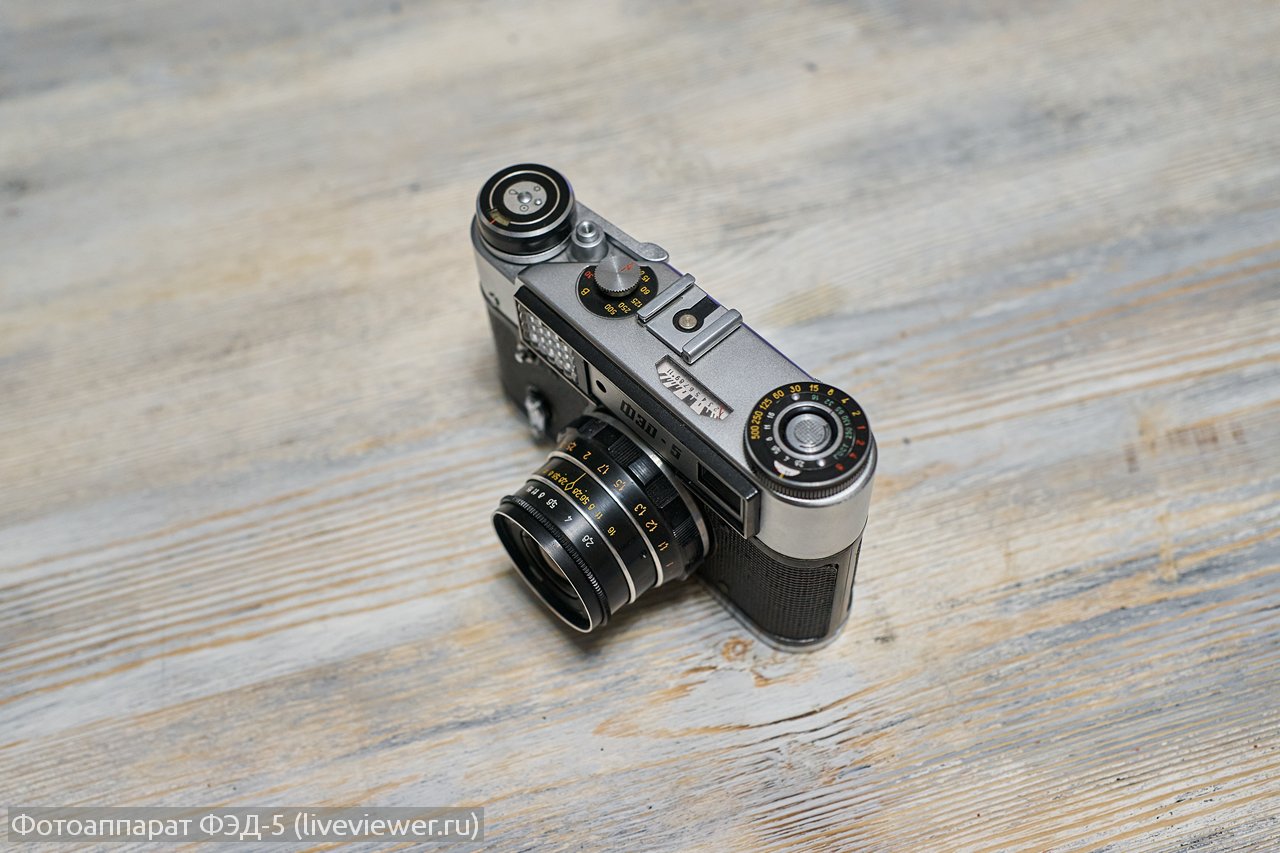 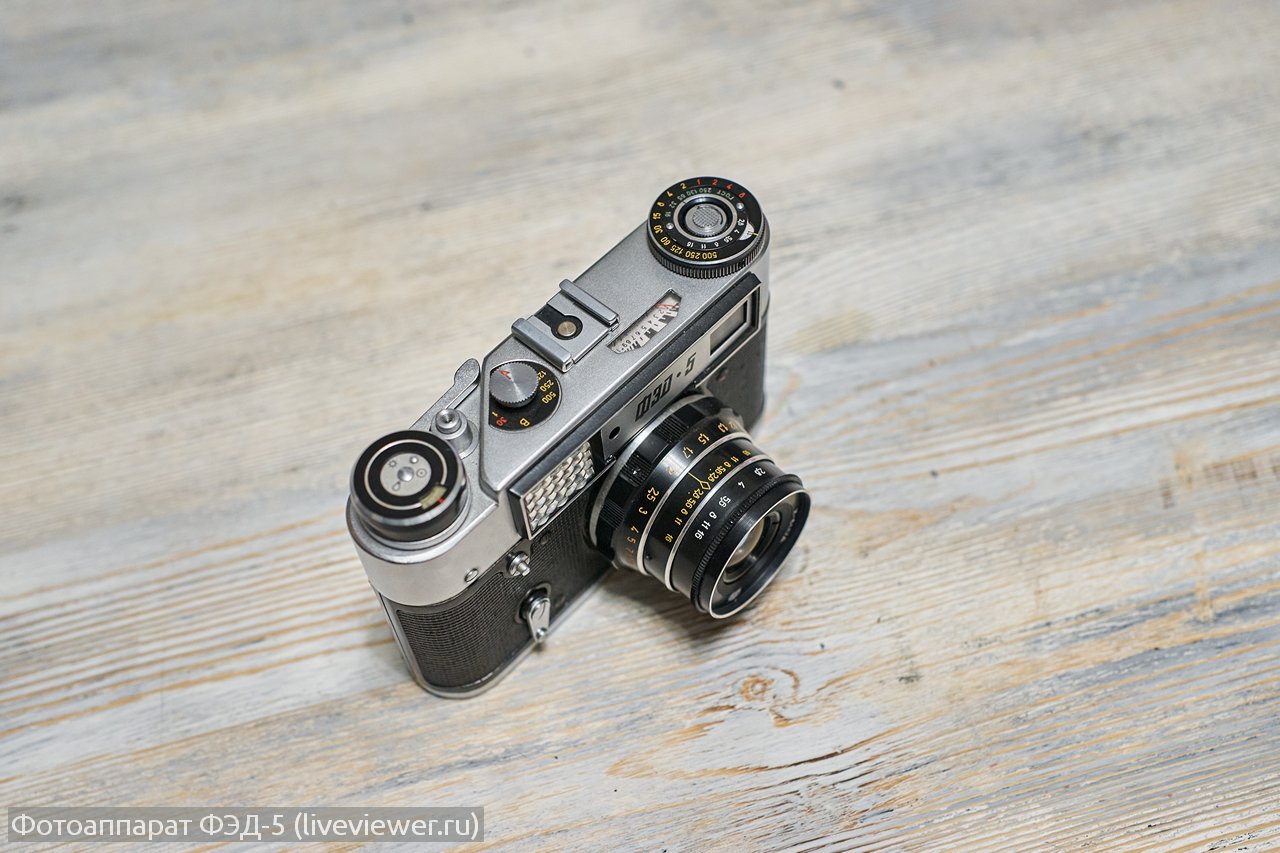 The viewfinder combined with the rangefinder is a breakthrough in convenience after the first FED model. It was possible to crop and focus at the same time. The main thing is that the camera is in good working order, and the plane of the image from the lens coincides with the displayed image in the viewfinder and is correctly projected onto the film. However, this innovation at the time of the release of the model was already 30 years old, and nothing new was done. Frames have not been introduced, the viewfinder is dark and not very comfortable. A large rangefinder spot interferes with framing. Diopter adjustment has been moved to the viewfinder eyepiece. You twist the eyepiece, adjust the sharpness.

Flash sync speed is classically available at 1 / 30th of a second. Until 1982, the cameras were produced with 2 sync contacts, and since 1982 with one central one. In the practice of collecting, there are cameras with Olympic symbols dedicated to the Summer Olympic Games, which took place in Moscow in 1980.

FED-5 is equipped with a selenium exposure meter. A galvanometric device that reacts to the level of illumination and is very inaccurate in its readings, since it is not located in the case and is illuminated from all sides. Lives separately from the camera and is not combined with the shutter speed dial. The photographer could rely on the readings of the galvanometer by adjusting the calculator's marks closer to the deviated arrow. The values ​​were selected based on the installed light-sensitive material. 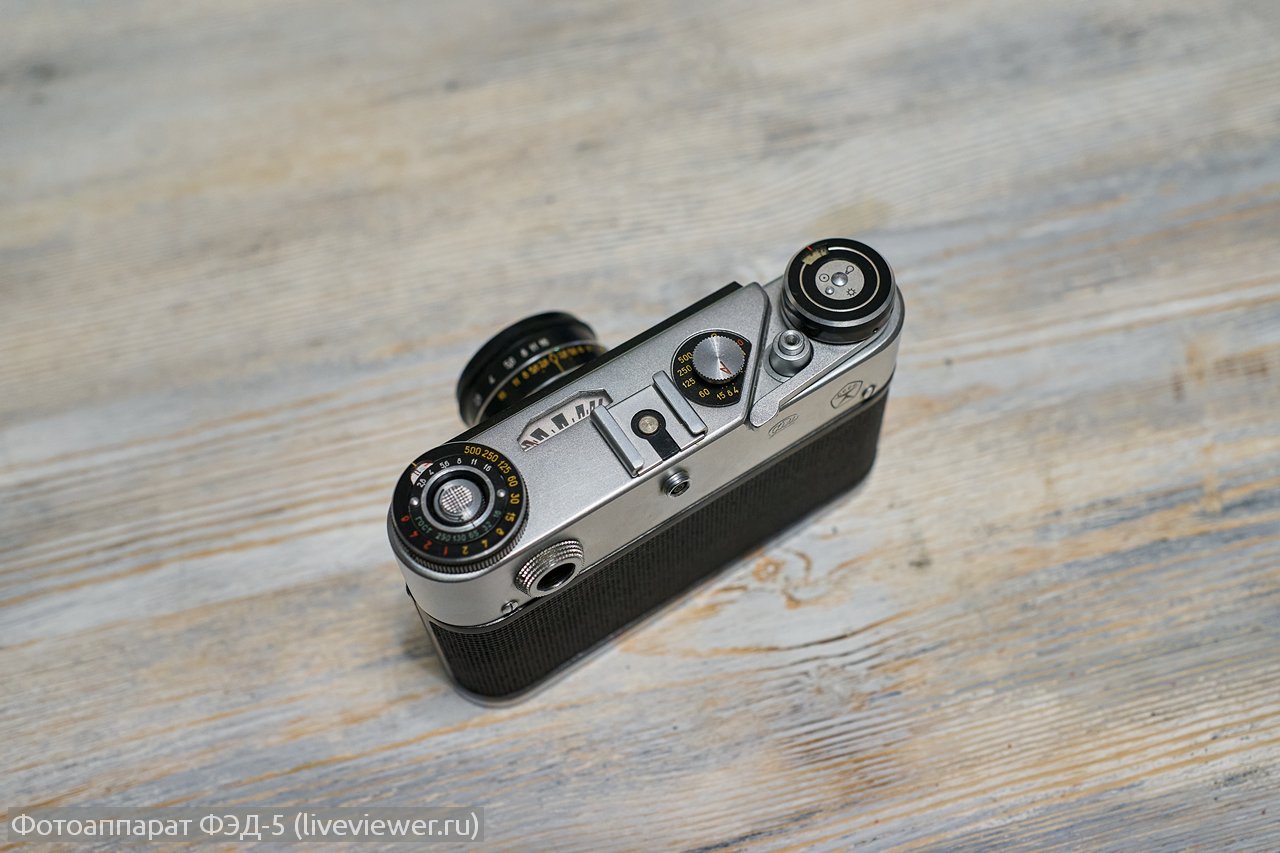 Convenience of work, as with a film camera. There is nothing superfluous in the device, but some system limitations do not contribute to efficiency:

Well, the most relish: 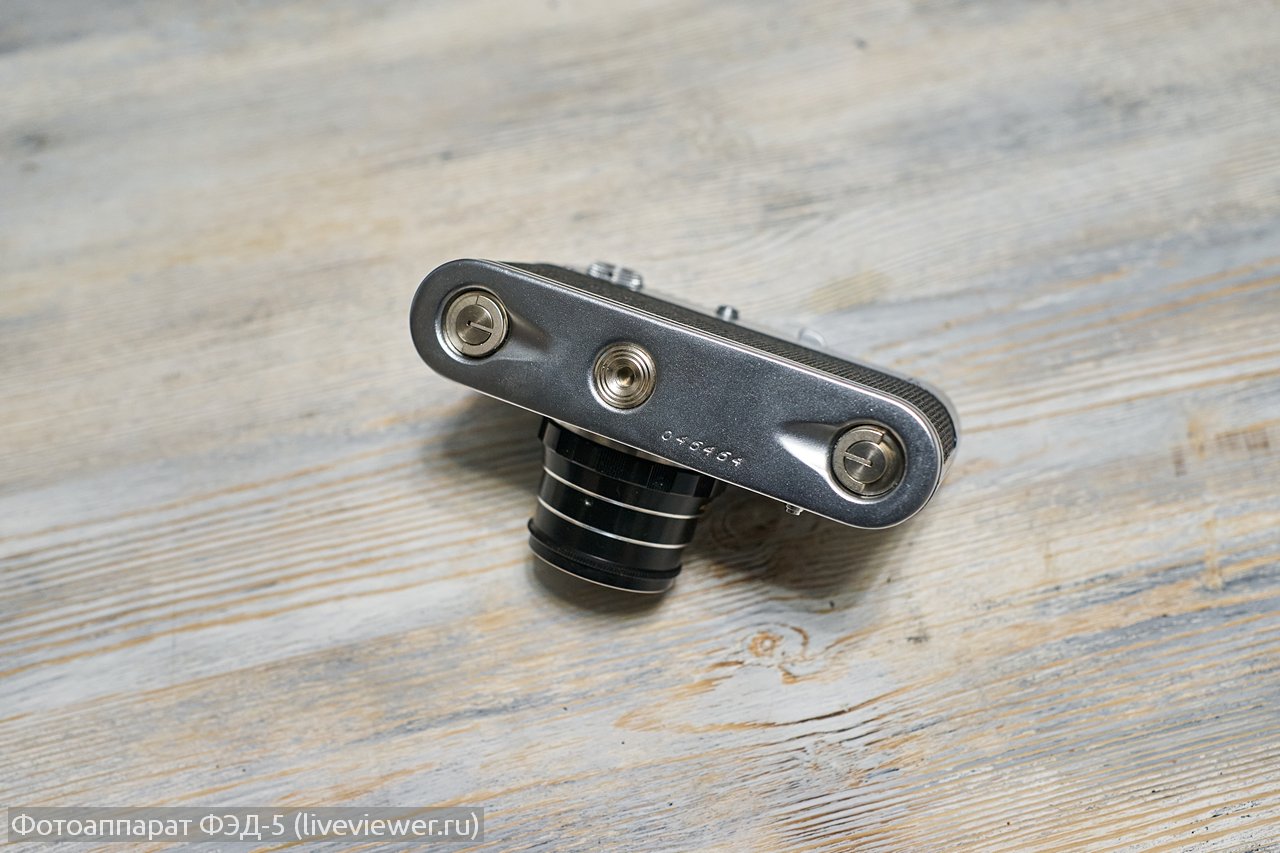 FED-5 belongs to the class of cameras with the quietest shutters. Just "clack" and that's it. Soft release button, there is no perceptible vibration, there is no mirror that would vibrate and create additional noise.

Since the FED-5 and FED-5V cameras differ only in the presence of an exposure meter, you can listen, for example, how the FED-5V shutter works as a basic camera of the series.

The reliability of the FED-5 mechanics is slightly lower than that of cameras with a fixed shutter cocking head. If only because there is an opportunity to break the shutter or the cocking mechanism by wrong actions. Otherwise, the troubles are like those of cameras with shutters. The shutters were used typical for the Zorkiy, Zenit, FED models of various versions, with accompanying problems in the form of: 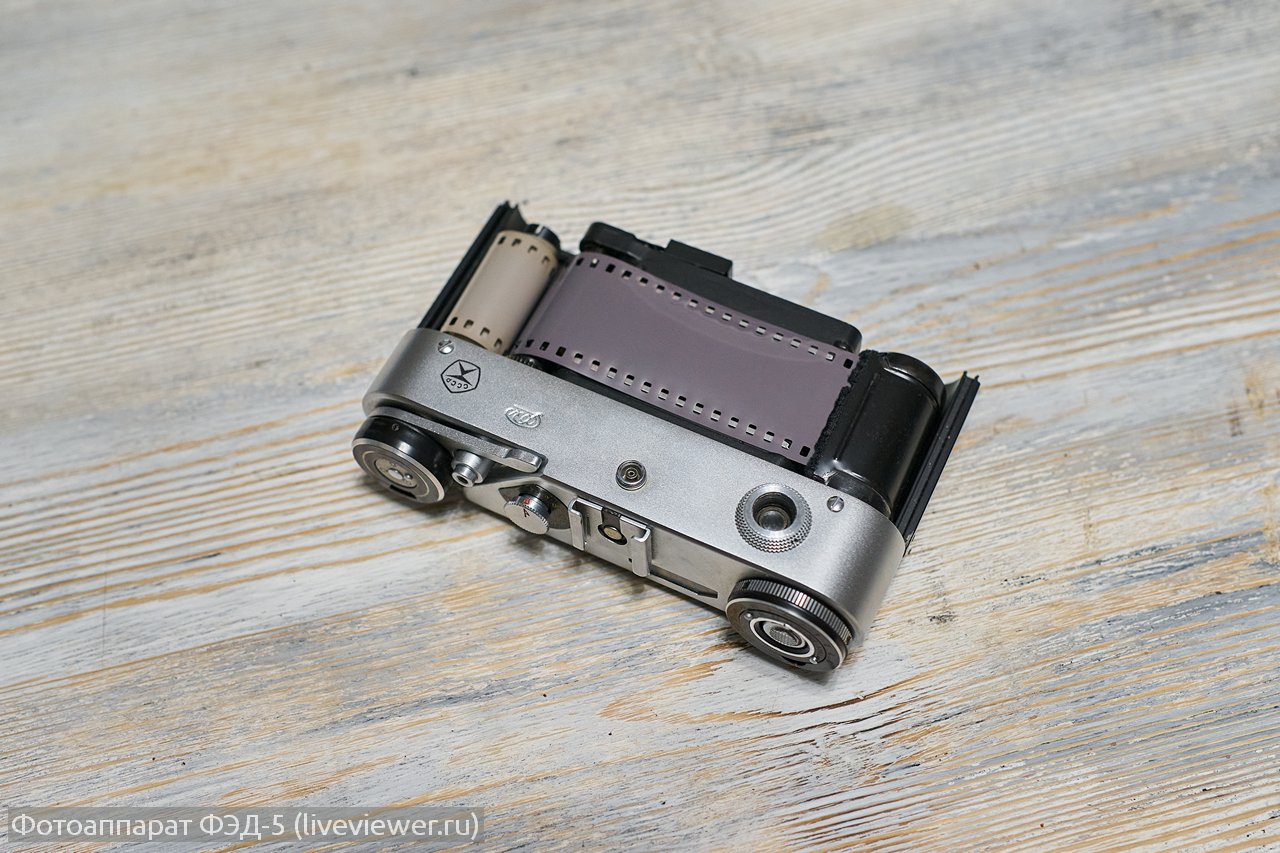 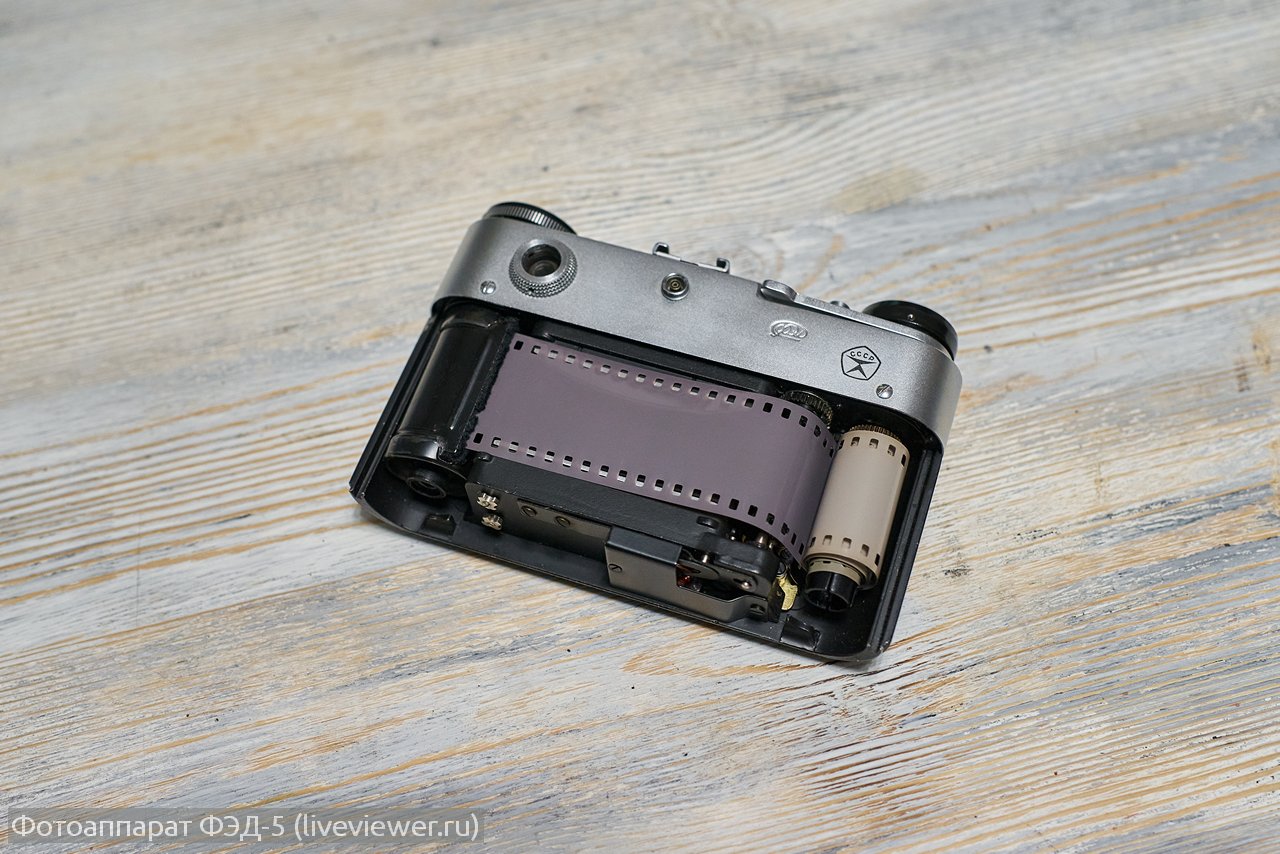 Get the film out of FED-5

It is not difficult to get the film out of the FED-5. You must press the skirt at the base of the shutter button and then remove the rewind knob from the disc on the left. Roll up the film clockwise.

Gallery of images of the FED-5 camera

An example of a photo from the FED-5 camera