FED-3 is a Soviet rangefinder camera with interchangeable optics, produced from 1961 to 1979 by the Kharkov Labor Commune named after Felix Edmundovich Dzerzhinsky (Ukraine), which by that time existed as a large factory for the production of cameras and optical devices.

FED-3 - development of rangefinder cameras FED. Along with the innovations of the previous model, a slow shutter speed was also added to this camera. A larger set available for use was available on these cameras until discontinued. The FED-3 had a rangefinder combined with the viewfinder with a base reduced to 41mm compared to its predecessor, an extended shutter speed range and a removable back cover. Cameras were produced without a light meter. The optics were installed on the M39 connection (Leica Screw Mount), outdated by that time. More than two million copies produced.

FED-3 was exported abroad, had the name Revue-3, and served as a source of foreign exchange for the USSR. At the same time, it was appreciated there for its low cost and reliability. 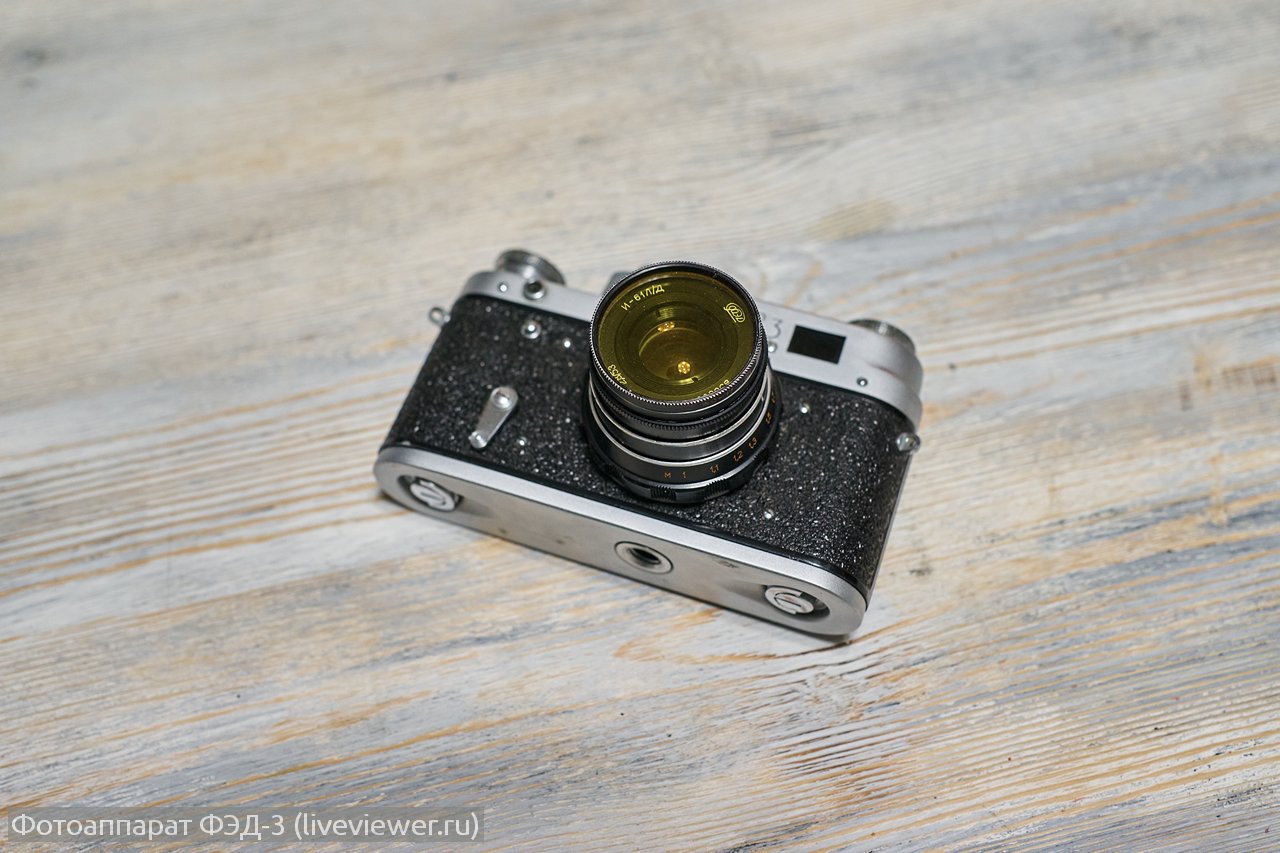 By the time the last FED-3 left the assembly line, it could have encountered the following lenses:

According to the catalog "1200 cameras of the USSR" FED-3 has the following modifications:

From 1964 to 1980, in parallel with the FED-3 camera, the FED-4 camera was produced in hammerless and trigger versions. The main difference is the presence of an unpaired selenium exposure meter and a modified (geared) film rewind handle. "FED-3" served as the basis for the family of cameras "FED-5", the production of which continued until the mid-1990s.

Refers to a group of rangefinder film cameras without an exposure meter. 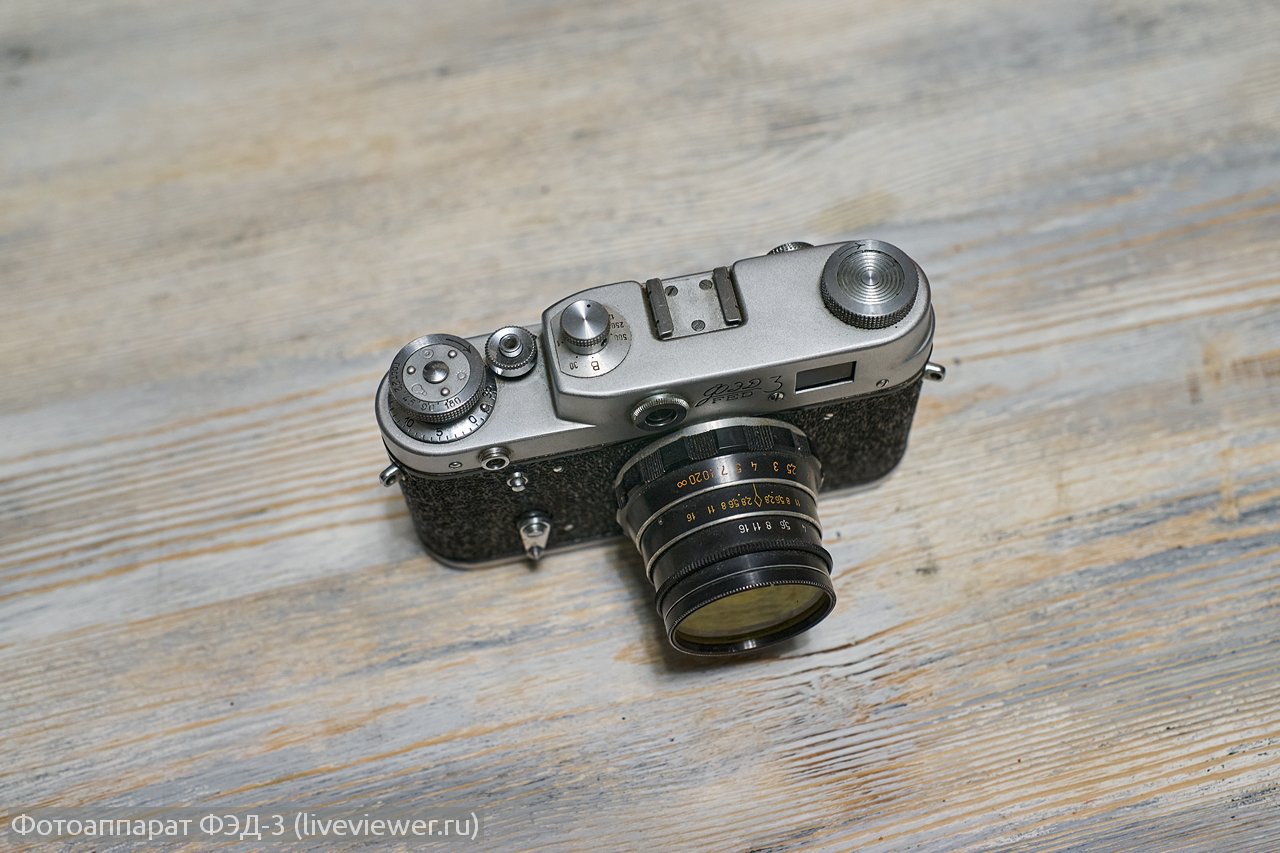 The camera, manufactured in 1961, although it had an outdated lens mount, nevertheless allowed to take good photos. It had a combined rangefinder with a viewfinder, but at the same time, focusing less than one meter was not available for the lenses of these rangefinder cameras. There was an extensive park of optics, which made it possible to install various lenses with a standardized focal distance without adjusting the rangefinder, and the standard lenses of the Industar series initially had good image quality, unlike most of what is now equipped with cameras with interchangeable lenses in the kit. The extended shutter speed set, introduced in a timely manner, kept the demand for these cameras alive even when it seemed that the victory of SLR cameras was obvious. 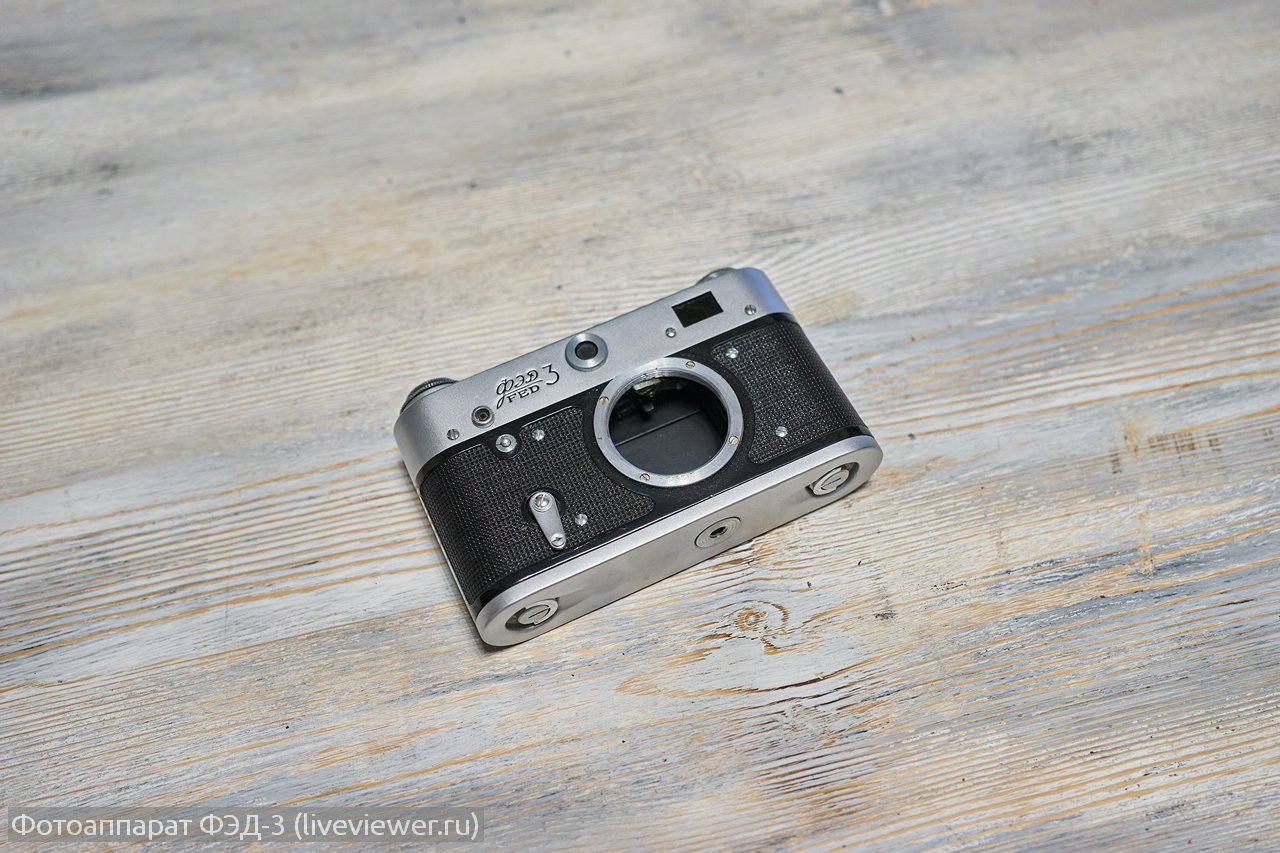 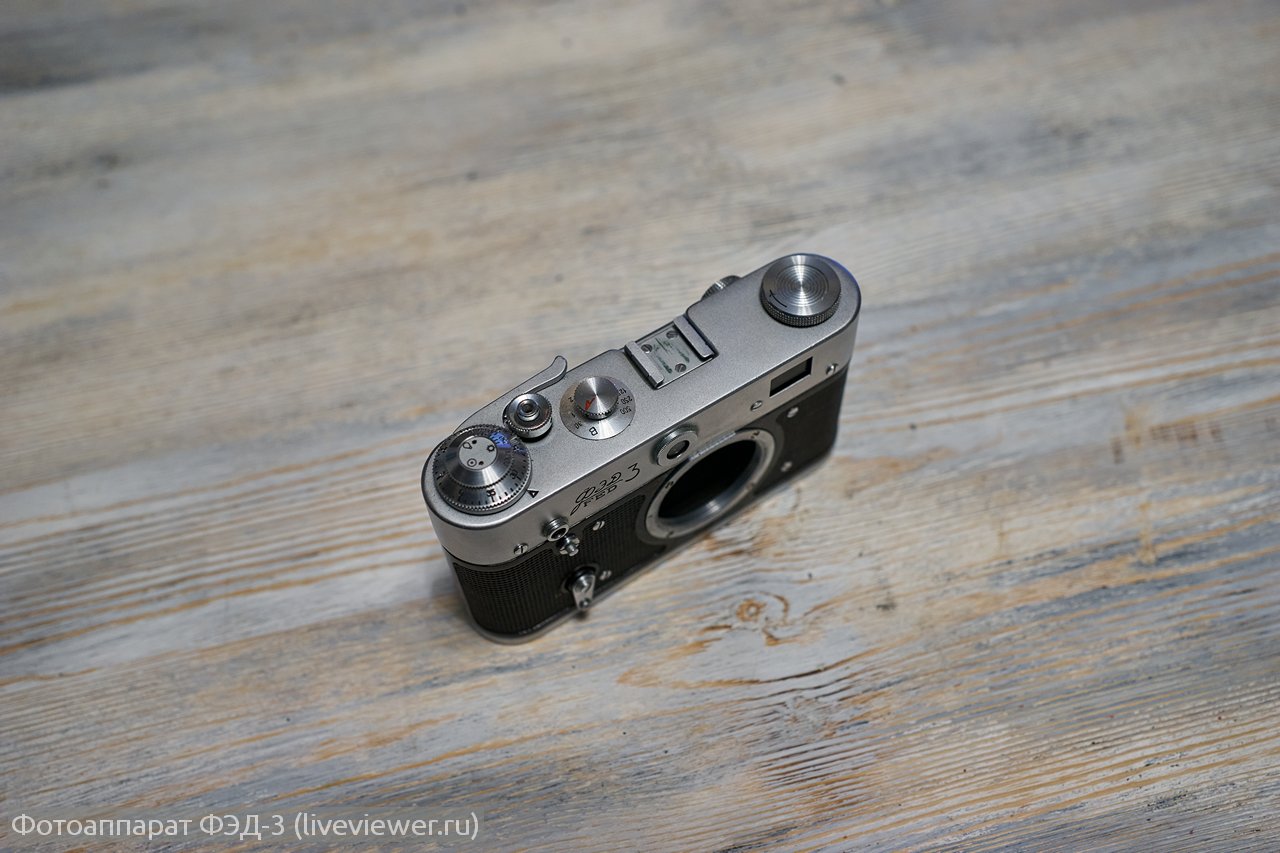 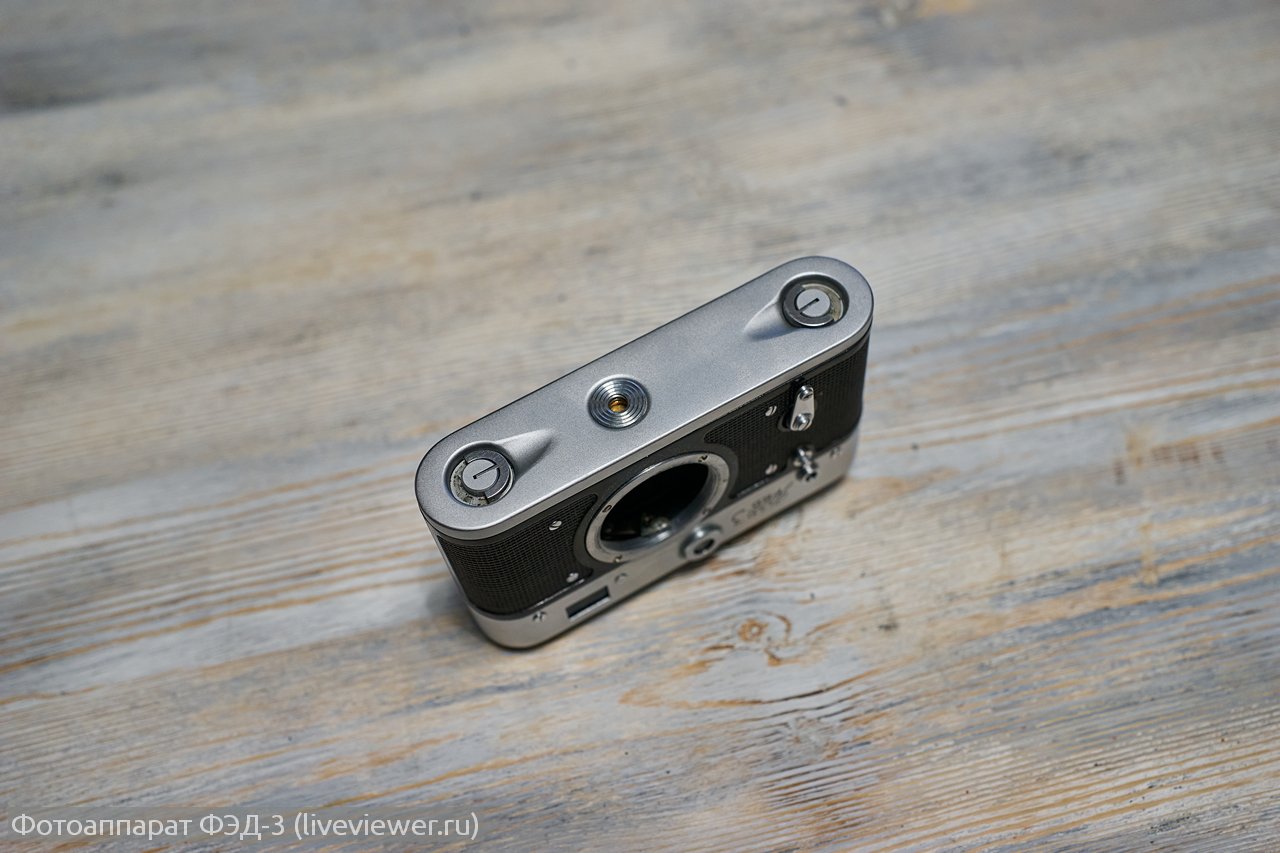 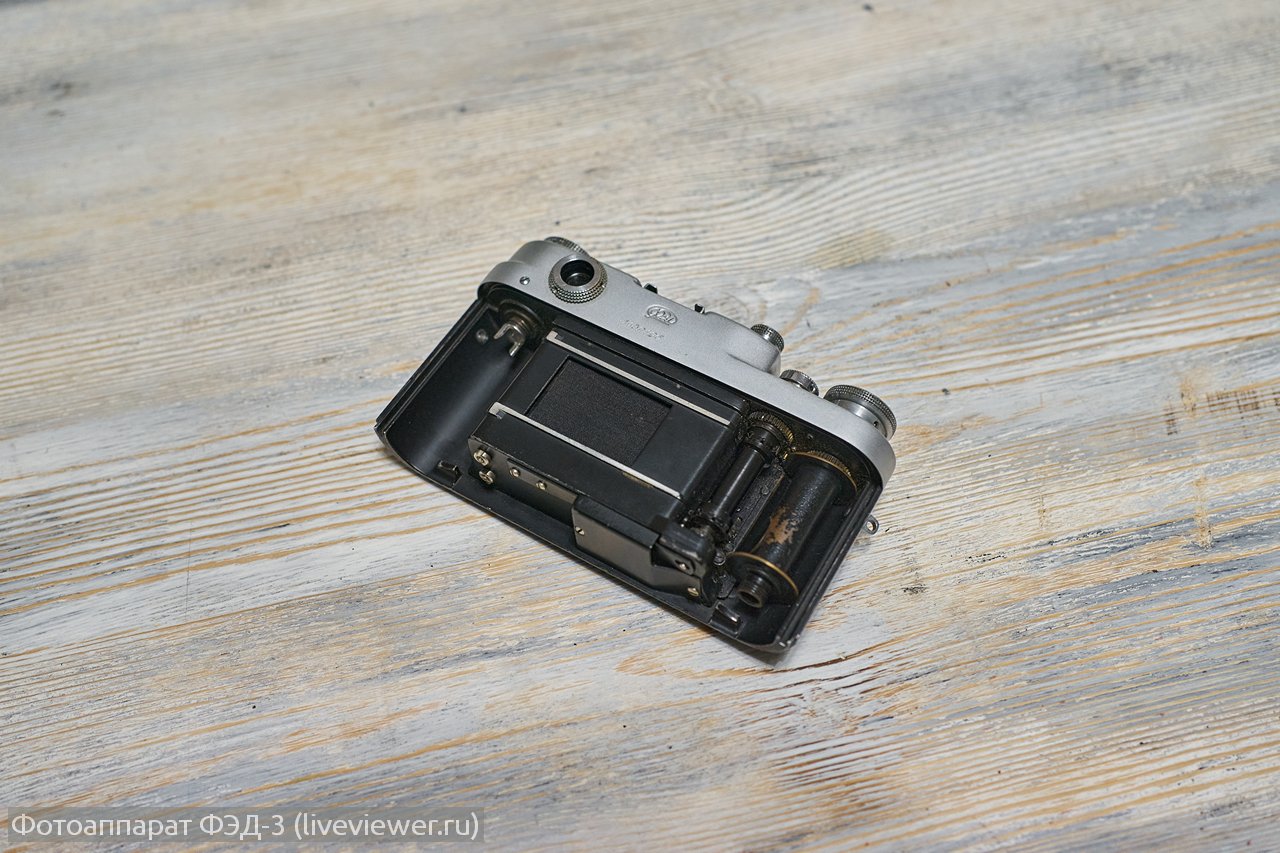 The classic flash sync speed is available at 1/30 second. The FED-3 did not have a central sync contact.

There is no light meter. Measurement and selection of parameters was carried out on a whim, experience, or using an external exposure meter.

Convenience of work, as with a rangefinder film camera. There is nothing superfluous in the device, but some system limitations do not contribute to efficiency: 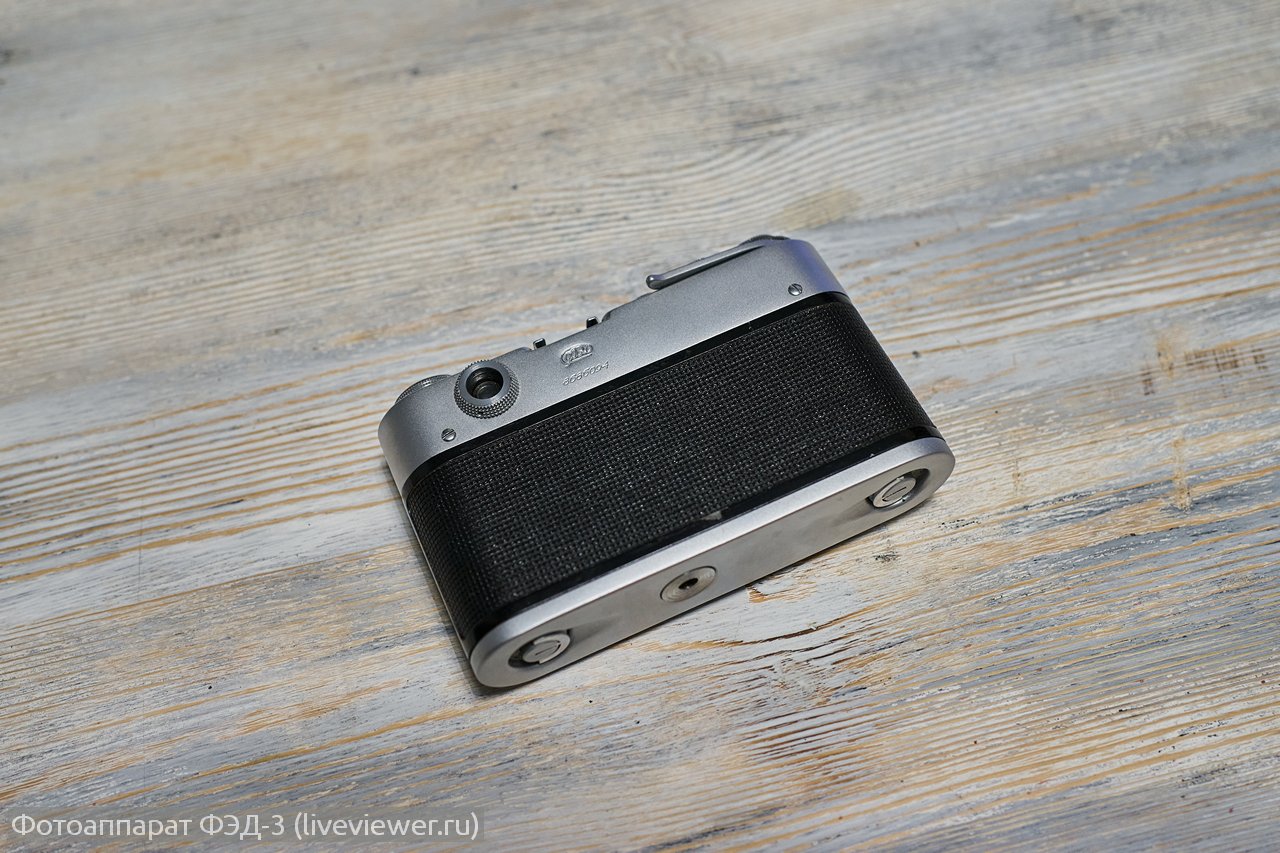 FED-3 belongs to the class of cameras with the quietest shutters. Just "clack" and that's it. Soft release button, there is no perceptible vibration, there is no mirror that would vibrate and create additional noise. 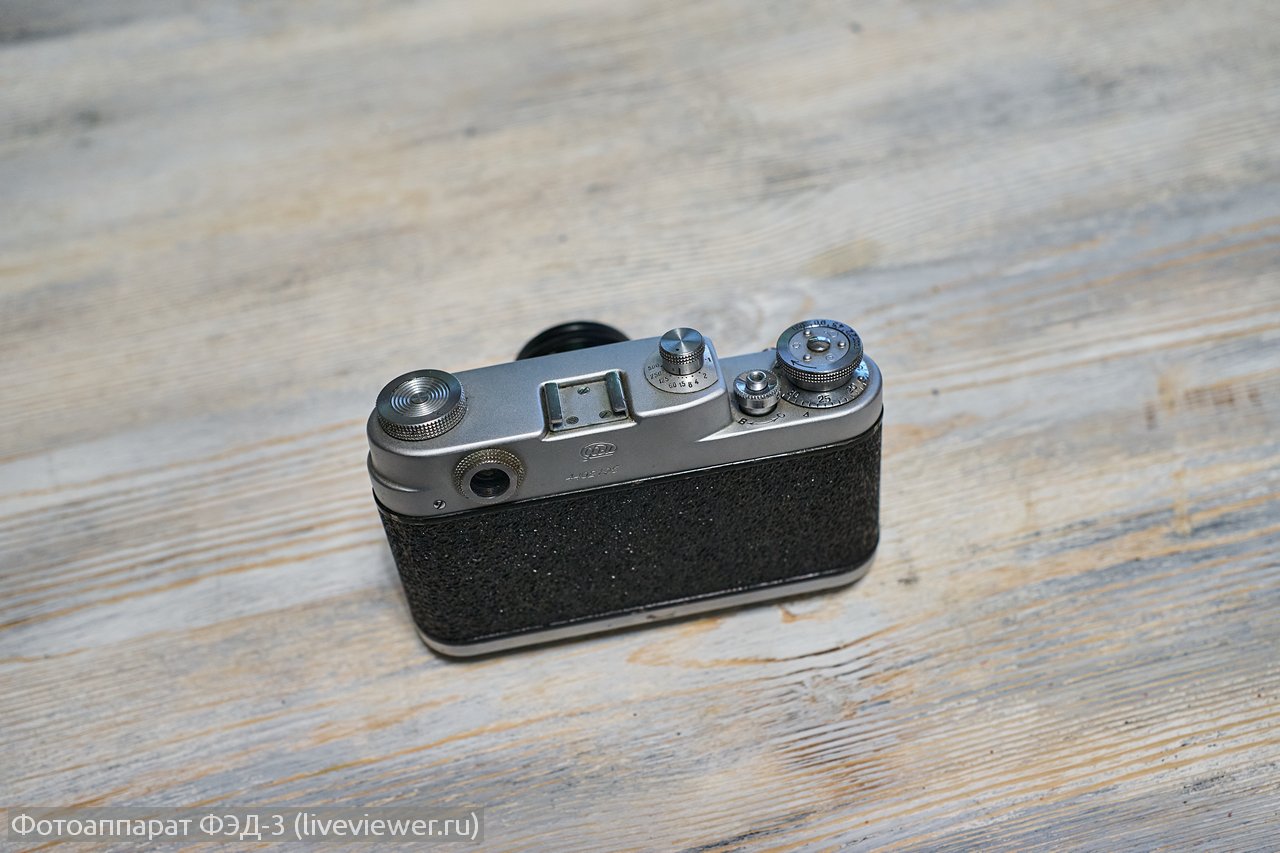 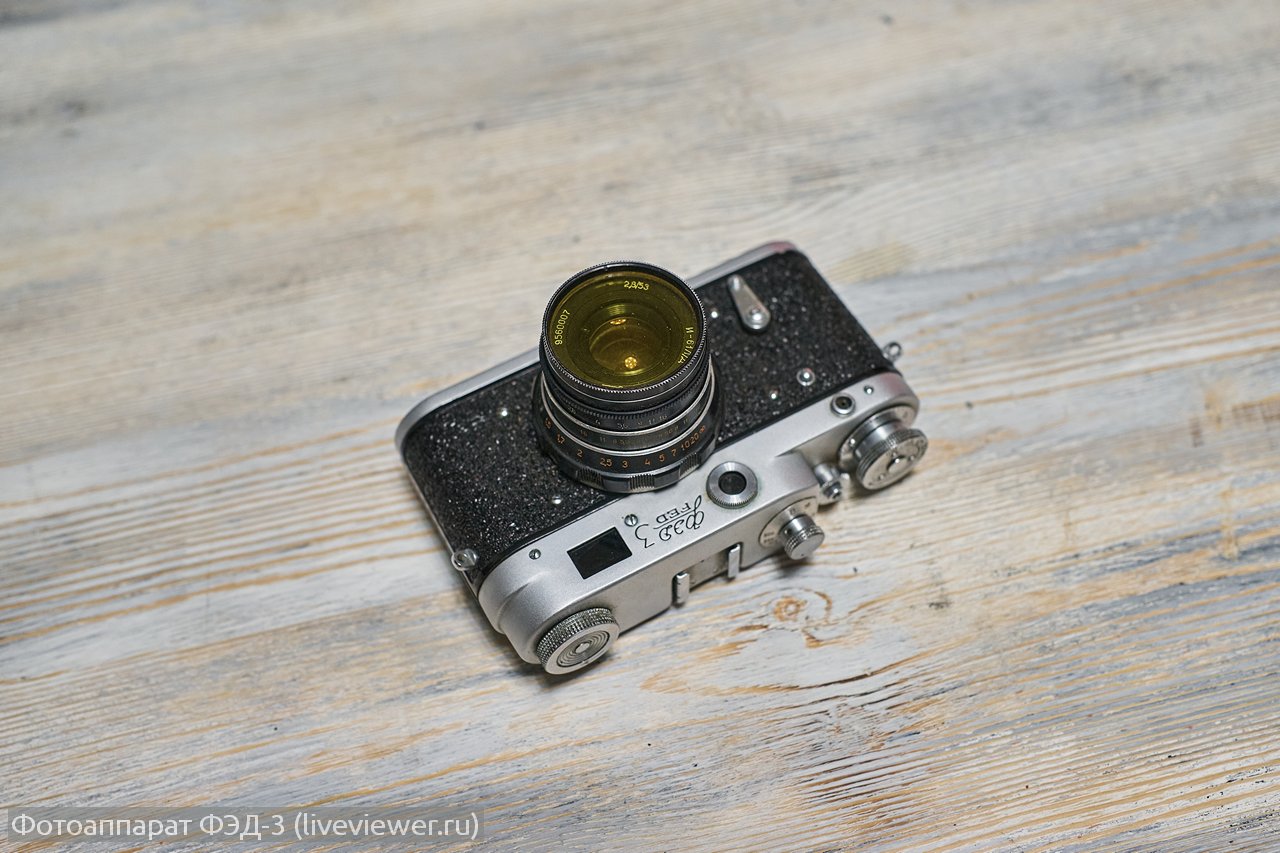 Get the film out of FED-3

It is not difficult to get the film out of FED-3. Turn the skirt at the base of the release button counterclockwise, then lift the rewind knob to the left and wind the film clockwise.

An example of a photo from the FED-3 camera