Jupiter-6 is a rather rare lens that is designed for DSLR cameras, but has an M39 thread. This is explained by the fact that it was designed for the very first Zenits. Due to a number of peculiarities, almost all specimens of Jupiter-6 that have survived to this day have problems with the focusing ring.

The first reason is the weight of the lens unit. The latter is simply huge, heavy, and therefore, already at the time of release, Jupiter-6 had a stiff focusing ring.
The second reason is time. As a rule, such lenses, starting from the 2000s, lie motionless and the lubricant gradually thickens in them. 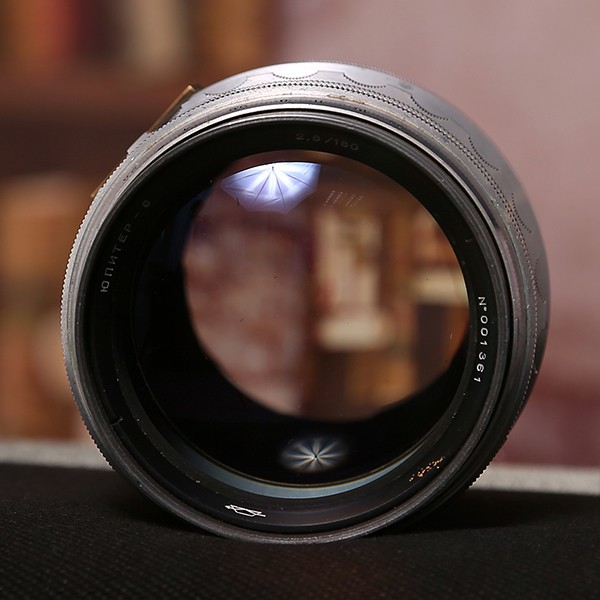 Such a classic picture was waiting for me when I purchased Jupiter-6. The focusing ring still somehow moved in one direction, but barely in the other. I had to make serious physical efforts to go to infinity by the millimeter.

I decided to disassemble the lens and now I will describe the algorithm of my actions.
First you need to tackle the bottom and top lens (but not for the control rings!) and unscrew it in two. It will take a long time to twist, the thread is fine. After unwinding, you will have a lens unit and the body itself lens... Look inside - there is a locking screw that prevents the focusing ring from going outside the MDF. Unscrew this screw and still go behind the MDF. So now you have three parts lens... Old grease can be removed and new grease applied.

But what a bad luck!
As soon as you try to screw one part into the other again, a surprise awaits you - a multi-start thread. And two parts are likely to just wedge. Do not panic. Someone advises making labels when parsing lens, I did it easier.
You see a groove in the depth along which the pin should slide in the depth of the frame lens? You need to calculate the tightening torque in such a way that the pin fits exactly into the groove when one part starts to fall onto the other. That's all! I turned this trick at least three times.
By the way. It is during the assembly phase that you can loosen the three small screws on the focusing ring and play with MDF and infinity. For myself, for example, I made a small overshoot for infinity, slightly shifting the focusing ring and again fixing it in the place I needed.

Now I have a heavy, huge, but more or less normally focusing lens in my hands. What can you say about his picture?
She is very plastic, soft, artistic. The pattern is very dense, rich, contrasting. The sharpness turned out to be even greater than I expected (see my fragment with tram wires). Chromatic aberration is very noticeable when open - but this is also typical for modern lenses of this type. Vignetting is almost imperceptible.

The lens does not hold the backlight well, the hood will not hurt, but ... The magic of the old optics is that it can turn this interfering light into a light, smoky, romantic backlight that the photographer can use for his artistic purposes.