The Mir-35N wide-angle 24mm lens is one of the most underestimated glasses of our time. Although, there is no one especially to evaluate it - the lens was small-scale and it is not easy to find Mir-24N on sale at a normal price today.

Like all optics manufactured at the enterprises of the Arsenal plant, the lens pleases with quality factor and ergonomics. It is just pleasant to take it in hand - there is something "European" in it in terms of assembly. 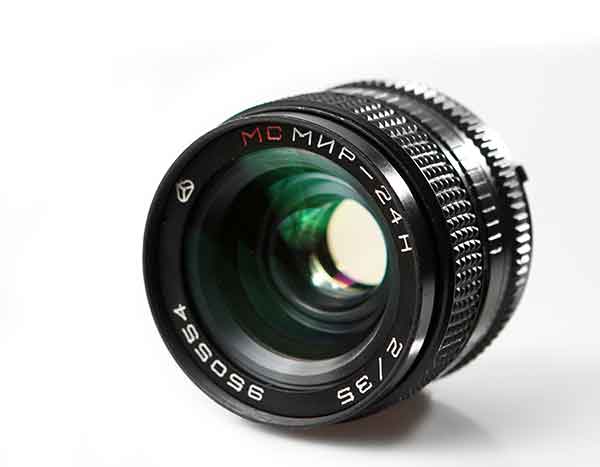 The diaphragm blades (six in number) are perfectly matted and do not allow re-reflections. Multi-enlightenment is noticeable to the eye - it has one shade on the upper lens, and a different one on the middle one. The aperture smoothly and clearly flips from f / 2.0 to f / 22 (and you can set intermediate values ​​between some divisions).

Surprised and pleased with the cover lens - This is the first time I have met such a convenient solution with two clamps on the sides in Soviet optics. 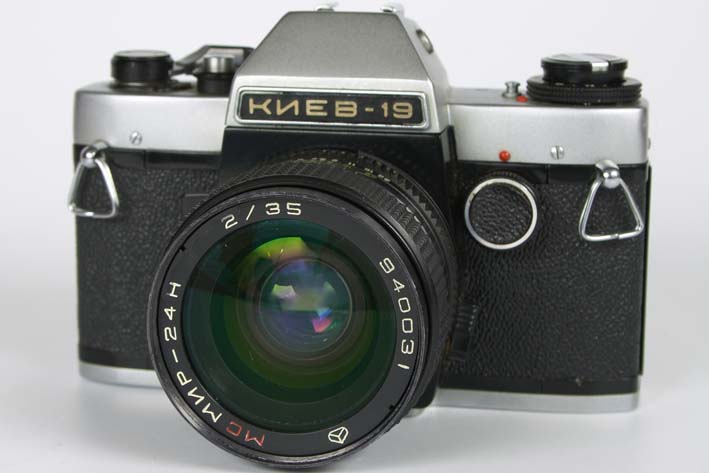 Well, now let's move on to the picture. I must admit that Mir-24N was the first lens that made friends with me with a focal length of 35 mm. Agree - the abundance of "thirty-five" in the secondary market only indicates that their owners could not master and accept this focal length... I don’t want to brag, but I’ll express my opinion - you need to grow up to 35 millimeters and sometimes it takes years.

What is it for me? This is the space next to the photographer, in which some kind of life story is realized, be it an action or a state. I will never take Mir-24N on a Sayan campaign - for this I have much more spacious fixes. And the task of Mir-24N is to show a person's life and his environment from a distance of several steps ...
This is why I rarely tighten my aperture with this lens. Beautiful hips (and he has it really beautiful, calm and soft) is not an end in itself. By blurring the background, I simply achieve focus on the main character, subject or plot. Agree - when something attracted our attention on the streets of the city, everything else seems to "blur", leaving to the periphery of our perception ... So, Mir-24N helps me to enhance this effect by technical means. 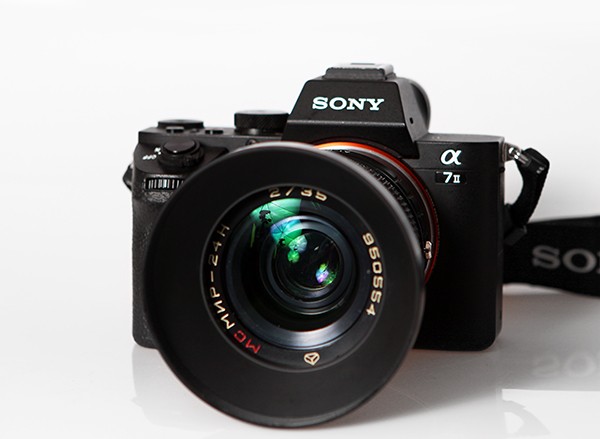 The drawing itself lens very calm, pleasant and poetic. I could not help comparing it with a "lamp" picture of a warm, film Canon EF 20-35 / 2.8L. Both glasses are also distinguished by good sharpness, although in Mir-24N it is, how to put it ... more calm, or something. In general, not "razor-sharp", which, however, does not interfere with the achievement of a creative result. This is not surprising - because in terms of edge / center resolution, this lens confidently ranks among the leaders among all Soviet optics. Therefore, both landscape and architectural photography is quite successful for him - you can be convinced of this by looking at the examples below (and at the same time appreciate the absence of problems with geometry)

The lens barely perceptibly softens at a fully open aperture - but to notice this effect, you need to magnify the image many times. There is also quite a bit of vignetting when fully open, which is especially noticeable at the edges of the frame.

As for the rest - geometry, HA - this glass does not cause any complaints. The colors are saturated, bright, contrast almost does not require amplification in post-processing.
Working with this lens, I discovered an amazing thing - I wanted to refine the in-camera JPEG more often than rotate the source in a RAW converter. This is the quality provided by Mir-24N.

On a modern camera, the lens fits like a native (remember, I wrote above about its "European" look?) Mir-24N looks quite organic on the camera - and at the same time retains an echo of the design of its era.

It does not require an adapter on Nikon DSLR cameras and therefore the kit turns out to be very compact. Canon DSLRs will do the same. But on mirrorless cameras, at least 2,5 cm will "eat" the adapter - but this is inevitable, given the difference in the working distance.
Below you can see examples of images from Mir-24N, most of which were taken at fully open aperture.