Industar-50 is a member of the family of one of the most popular Soviet lenses for both rangefinder and SLR cameras.

In the post-war years, the USSR restored photographic production and in 1948 KMZ produced a lens for the Industar-22 rangefinder cameras. It was a classic Tessar with 8 aperture blades. In 1953, it was replaced by Industar-50 (and there are claims on the network that the very first copies also had 8 diaphragm blades). Industar-50 was produced in addition to KMZ in Kazan and Lytkarino. Below are photos of lenses with the logos of these factories: 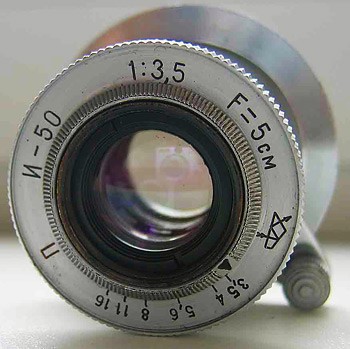 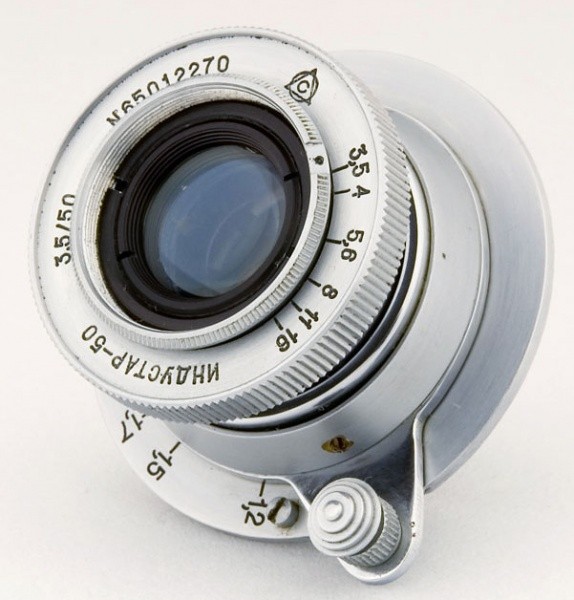 Apparently, one of the very first specimens came to my test - at least, dating from the late 1950s. No, the number of petals is classic for Industar-50, there are only seven of them. But the fact is that my copy does not have a serial number on the front frame and there is no red letter "P" (that is, it is not yet enlightened).
The network writes that it was in 1952 that the serial number began to be written on the front side of the tube lenses instead of the back. But in my copy (KMZ), the previous owner cut down the focus lever and, in general, the entire metal base behind it (obviously, for use on a photo enlarger). Therefore, the lens looks like this: 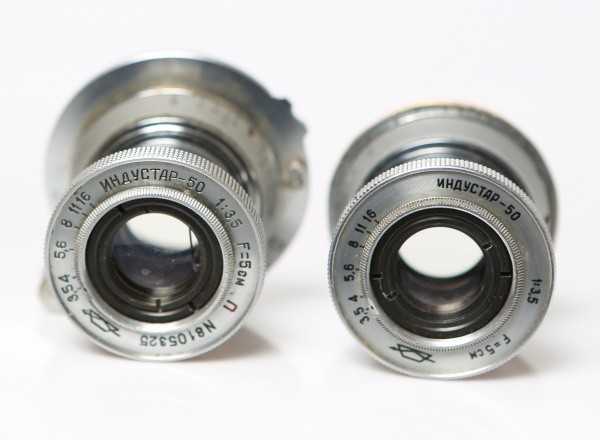 And therefore I assume that this lens the serial number was written on the underside, but, alas, I cannot see it. I note right away that I searched the entire Internet and found only two (!) Pictures showing a lens similar to mine. These are examples: 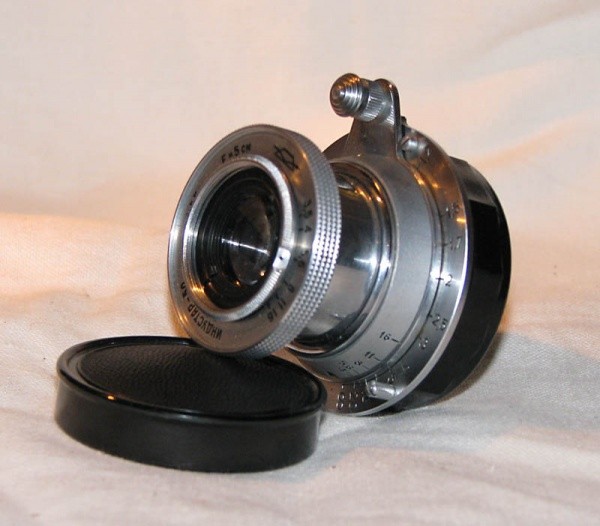 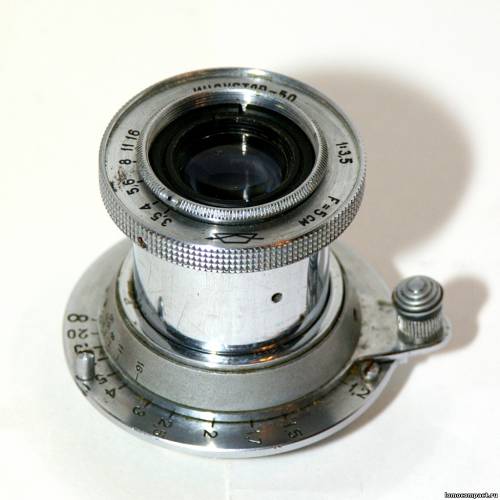 However, further consultations showed that the lens is not as rare as I thought at first - so, it was often equipped with cameras "Sharp" in the late 1950s.
Optically, my copy turned out to be in perfect order and below you can see examples of pictures. The color rendition is natural, the colors are quite light and correct. The lens is extremely sensitive to light, so a hood is required (see example below). 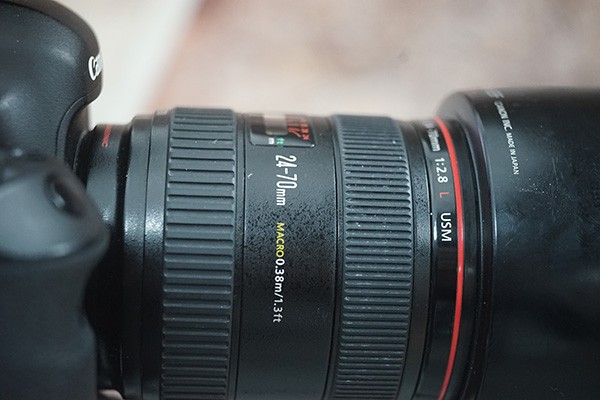 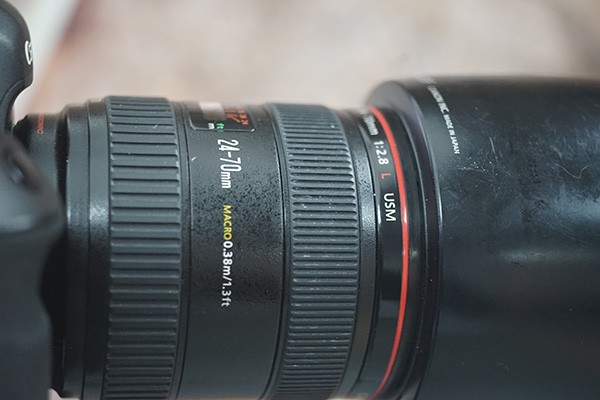 I note right away that the lens is distinguished by good sharpness in the center of the frame and a surprisingly low level of chromatic aberrations. The nature of the blur in the zone hips smooth, calm, restrained, typical for the optical scheme of the Tessar. There is no particular vignetting, although it cannot be said that it does not exist at all (in any case, the owner of the cropped camera will not complain about it). The geometry of the picture is correct, practically without distortion. 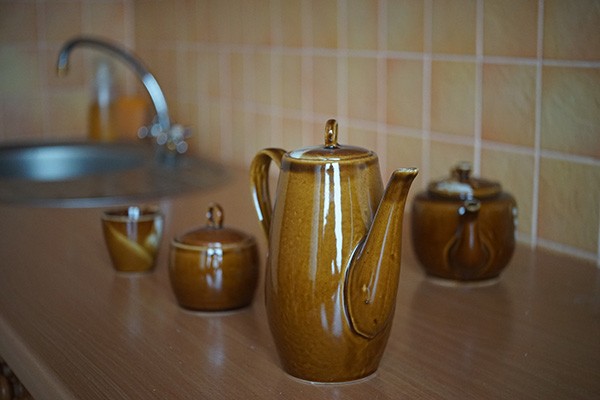 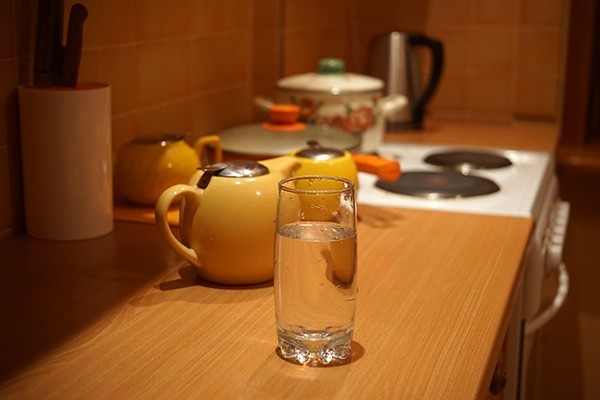 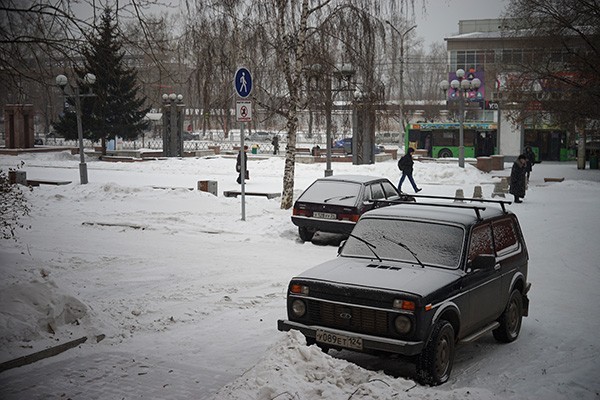 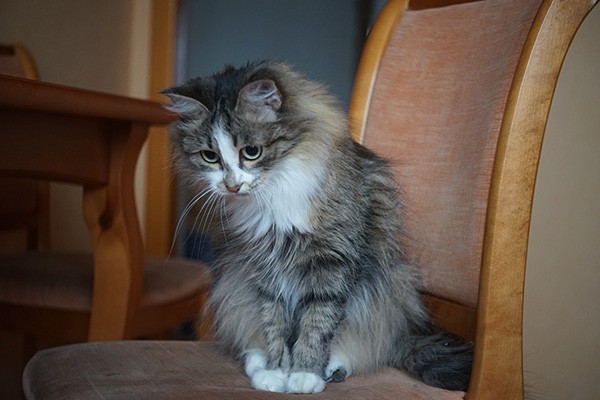 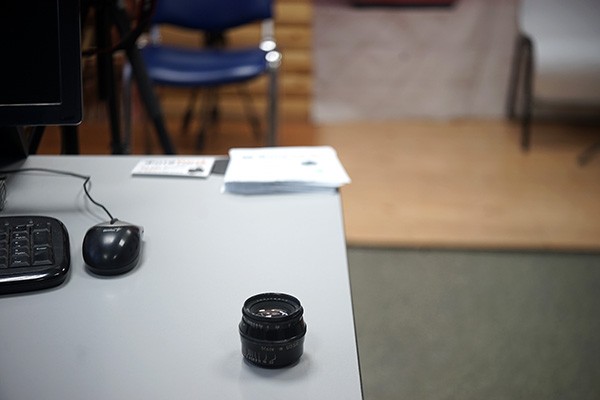 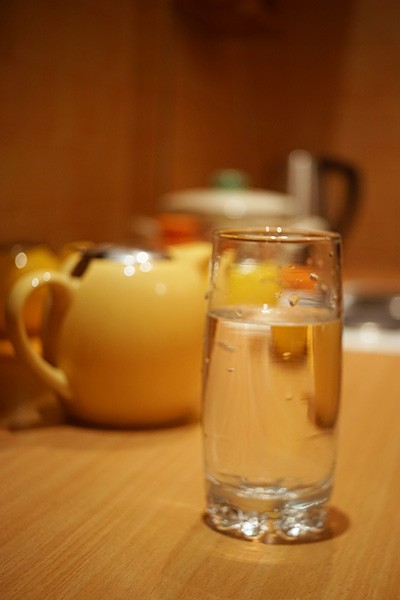