And-37 differs in impressive weight and size - suffice it to say that the diameter of the thread for the light filter is 76 mm, and the weight is 1250 grams. Glasses have a pronounced golden coating, diaphragm has as many as 18 petals. The lens was manufactured at the Kazan Optical and Mechanical Plant. In my time Industar-37 highly regarded by astrophotography enthusiasts. 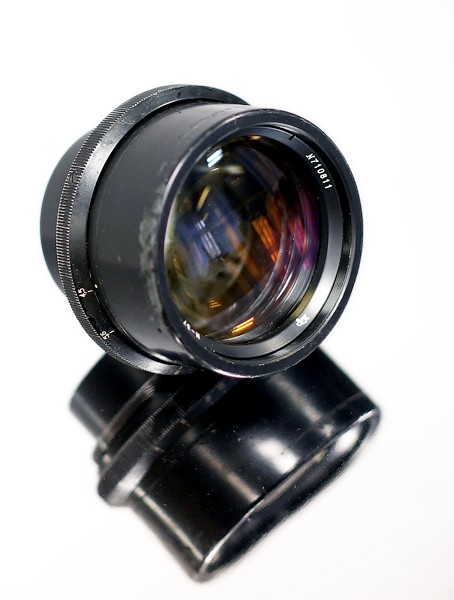 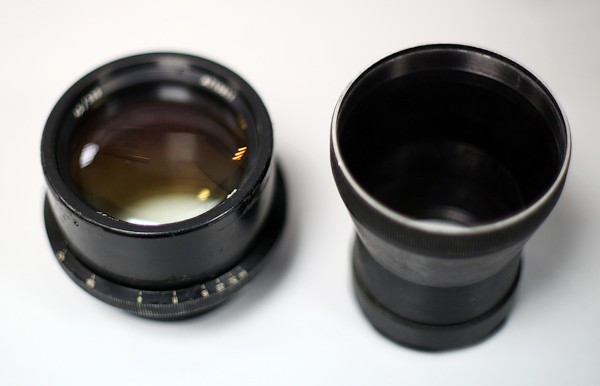 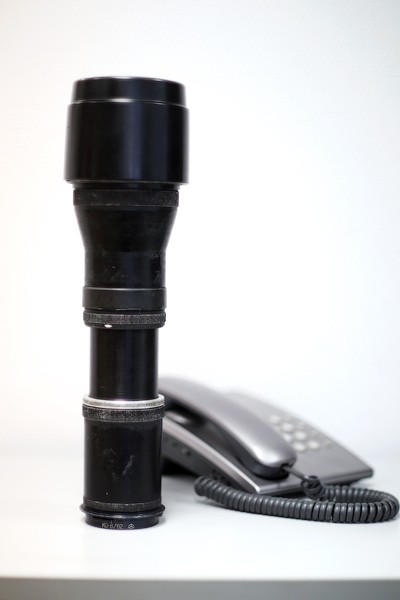 Complete construction: two extension rings, lens and hood
I was lucky - along with the lens, I got an extension and adapter rings, the first of which, moreover, had a helicoid, which made focusing easier. I'm not a fan of format camera lenses, I rarely use them, so during shooting I just pressed the resulting structure against a full-frame camera. In addition, I put an inverted hood from Canon 70-200 f / 4.0L IS on the lens.
The resulting drawing, in general, did not surprise me - I already had experience with Industar-51... The same monumentality in the picture, the same plasticity in hips... The lens has low contrast, but it can be easily corrected in Photoshop. In sharpness, it seemed that Industar-37 slightly inferior to its fellow with a focal length of 210 mm. But, perhaps, these are subjective feelings. If we rely on actual data, then the resolution lens not very large - 22/5 lines / mm (center / edge). However, it should be borne in mind that it was relatively rare to enlarge the resulting image, and therefore the lens had enough resolution for its time.
For me, shooting with format lenses is an attempt to see the world through the eyes of our fathers. After all, FKD and FKP cameras were widespread in the Soviet Union and many pictures of that era were born thanks to them.